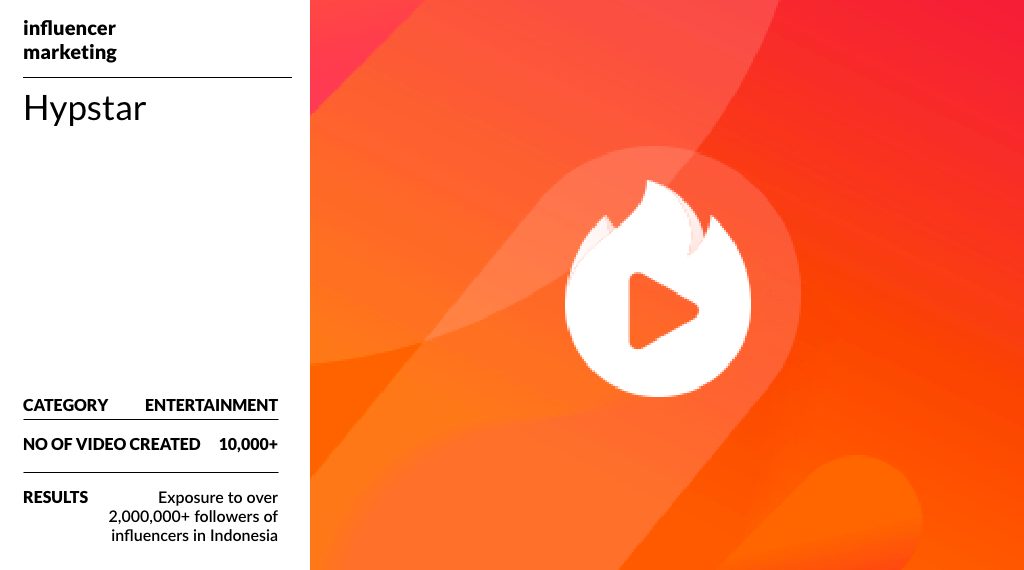 
Hypstar (renamed to Vigo Video) is a short video social network where you can share your daily lives with your friends, family, and hipster from all over the world.

Hypstar partnered with StarNgage to run a long term micro-influencer marketing campaign to promote its mobile application in Inodnesia. StarNgage proposed an always-on community building campaign for Hypstar by engaging more than 200 local influencers in Indonesia.