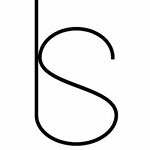 GENDER OF ENGAGERS FOR LOCAL_ZA_DESIGN

This week we are looking at the minimal and functional products of @joepaine_studio, who designs products with a focus on contemporary, urban living. Launched in 2008, Joe Paine aims to use Modernist principles and innovation to design original products that feel true to him as a design graduate, as well as to the brand as a whole. From chairs and planters, to desks and lighting, every product is not only one of a kind in aesthetic, but also in it's function and how it ensures the user enjoys interacting with it. You can see more of these memorable products at www.joepaine.com Post by @smiling_jay Tag #localzadesign for a feature _____________________________ #JoePaine #design #art #modernist #southafricandesign #furniture #handmade #architecture #interiordesign #home #interiordesigner #furnituredesign #unique #interior #designer #scandinavian #productdesign #productdesign #minimal #africandesign #seating #beautiful #love #designblog #southafrica #modern #contemporary #bespoke #aesthetic

This week for #materialmonday, @siviwejali is looking at Algae. Algae is a material that just recently come into the collective consciousness of society through the rise of green design and environmental awareness. The use of algae is done through a special form of polymer or plastic, as it is generally known. This algae-based plastic is grouped under an umbrella with other new materials called bioplastic. Bioplastics are a growing area of interest since they will allow for safe biodegradable plastics to be used and replace traditional oil-based plastic. Algae can be used to produce bioplastics through the extraction of the chemical Algar, the same ingredient that allows for seaweed to be also turned into bioplastic. The truly wonderful thing about using algae to create bioplastic is that there is a low environmental impact in terms of the carbon footprint. Algae also can be used as a biofuel. Let us know what other materials you want us to post about. _______________________ #design #interiordesign #architectanddesign #architecture #productdesign #southafricandesign #southafrica #johannesburg #capetown #material #algae #localzadesign #dezeen #hoteldesign #material #algaeproducts #innovation

Who wouldn’t mind staying here during lockdown? #InternationalThursdayDesign goes to @mastrominas_architecture for their design of Casa Cook Kos Hotel in Greece @casacookhotels. “The architectural design attempts to redefine the meaning of tourism accommodation as an offered cultural product and to promote it into an experience for the guest, connecting him with the place, the history and the island’s culture. The approach is holistic and is carried out by the master plan (urban level), as well as the architectural design, the interior design, the facilities (e.g. gastronomic experience) and furthermore the recreation aspects (e.g. music).” – Mastrominas Architecture. We really love how the timber contrasts with the white walls, it feels as if you are visiting a person’s home and not a traditional hotel. Photographs: George Fakaros, Georg Roske Tag #localzadesign for a feature. #architectural #architecture #design #architecturephotography #architect #architecturelovers #interiordesign #archilovers #architects #archdaily #building #art #interior #architecturedesign #photography #hunter #architectures #archi #construction #arch #archidaily #arquitectura #architecturalphotography #architettura #designer #architecturedaily #architecturestudent #interiors

For #materialmonday @siviwejali is looking at Aluminium. Background - Aluminium has been in use for thousands of years in some form or another but only in the last 200 years has it became the material we know. Aluminium is the most abundant metal on earth and it shows in how many products we use it in from architectural elements to electronic products. Sir Humphry Davy was the first to attempt to extract aluminium from the ore in 1808. In the 1850s aluminium was used in jewellery due to is the resemblance to silver and lightweight. By the time Carl Josef Bayer figured out a method to extract alumina (alumina oxide) in 1889 production had grown worldwide. The Bayer method is one that 90% of the world still uses today. From then on it was used in everything from sculptures to assisting in the development of transportation vehicles. Production -  Aluminium is a versatile material and it lends itself to multiple production methods. These are casting, forging, extruding, sheet, rods & tubes. Before we reach that stage, the minerals have to be extracted from the ore using the Bayer method and Hall Heroult methods. The Bayer involves turning the mineral into a slurry then heating it and separating the mixture to alumina from the rest of the minerals. The Hall Heroult method involves smelting the alumina and electrically charged in a reduction pot. Further extracting of any unnecessary minerals or impurities, leaving a mostly pure aluminium. #southafrica #johannesburg #capetown #durban #bespoke #interiordesign #architectanddesign #productdesign #southafricandesign #archdaily #dezeen #hoteldesign #aluminum #localzadesign #architect #architecture

Nicola Smith has brought together her love for ceramics, with her Industrial Design knowledge and thinking, to create @kilnhousedesignstudio. Every Kiln House product is handmade by Nicola, who embraces the natural beauty of the material, and the fact that no piece will be identical. From beautiful and well made drinking vessels and plates, to one of a kind mugs and spoons - focus is placed on the form and functionality of every product, while continuously exploring new glazing effects and techniques. We've see some Kiln House Design Studio products in café's and at local markets, and cannot wait to see what is next for this up and coming ceramicist! Post by @smiling_jay Tag #localzadesign for a feature _____________________________ #KilnHouseDesignStudio #design #art #ceramics #southafricandesign #furniture #handmade #architecture #interiordesign #home #interiordesigner #furnituredesign #unique #interior #designer #scandinavian #productdesign #productdesign #luxury #africandesign #seating #beautiful #love #designblog #southafrica #modern #contemporary #bespoke #aesthetic

#materialmonday we are looking at Natural Fibre. Background - Natural Fibre is a collective term to refer to straws, reeds & palms which have been used in textile, craft, architectural & industrial uses. The earliest found use of these materials extends from the 4500 bc period. Natural fibres have many great qualities such as having strength, continuous lengths, pliability, elasticity, abrasion resistance, absorbency and not to forget the various surface finishes. Being found across the globe in various forms it is not a wonder that this material appears often in native traditional craftwork and architecture use. Production - The natural fibre is harvested and stored in bundles. Some of the fibre can be used in the raw state then left to cure as a product or in industrial use. Then the next part is to cure the fibre until it is dry then stripped of leaves then striped into necessary sizes. From there can be used for thatching, weaving or any other various activity. The skill of weaving the fibres usual takes years to cultivate and the delicate art is seeing a resurgence in craft and design. Post by @siviwejali _____________ #design #interiordesign #architectanddesign #architecture #productdesign #material #localzadesign #dezeen #naturalfibre #bespoke #interiors #materiality #craft #southafrica #southafricandesign

This week we are looking at Marble. Background - Marble is the material of choice for the ancient civilisations and we see how it is used in the present day that it hasn't lost any of its allure. Marble was used as far back as ancient Egypt (3000BC-550BC), used for nobles with vases in the tombs to contain valuable items. The Greeks (500BC - 330BC) then were the next in line to use marble, they also decorated fine homes and public spaces in the stone but also used the medium to craft beautiful artworks. The use of marble then continued through to the medieval(500AD - 750AD) period where marble was used to decorate floors of cathedrals and palaces. The Taj Mahal is a beautiful example of how marble can be used considering that the monument was constructed during the 17th century but still millions flock to see it even now. Production - Marble is essentially limestone (calcium carbonate) that has condensed into a solid stone we know as marble. Marble has to be mined from an open-cast quarry and excavated then moved as large blocks which are roughly 1.2m high x 2m wide & 1.3 deep to be cut into manageable sizes. Those blocks usually weigh in at about 6-15 tonnes. They are transported to the factory then processed into 30cm thick sheets. The sheets are then finished off with a set of processes like sanding, polishing, honing, bush hammering, ageing and split face to achieve the desired look and feel. Post by @siviwejali. _________________ #design #interiordesign #architectanddesign #architecture #productdesign #southafricandesign #southafrica #johannesburg #interiordesign #construction #bespoke #materialmonday #johannesburg #2020 #localzadesign #dezeen #hoteldesign #marble

This week we are appreciating @davidkrynauwontwerp and his impeccable wood work. From chairs and lighting, to cabinets and see-saws - David Krynauw's products are all so beautiful and over the years he has created an aesthetic that is distinct to his design studio. As a lover of making furniture when he was younger, David is now one of South Africa's best product designers, and continues to push the envelope of what timber can do. The simplest chair, to an entire building, David and his team are always looking for innovative and new ways to use their unique techniques, which is what keeps the studio expanding and constantly creating some of the greatest South African product design. We absolutely love the warmth every David Krynauw piece brings to a space, and how the natural material is celebrated in a contemporary way. You can see more at www.davidkrynauw.com Post by @smiling_jay Tag #localzadesign for a feature _____________________________ #DavidKrynauw #design #art #wood #southafricandesign #furniture #lighting #architecture #interiordesign #home #interiordesigner #furnituredesign #unique #interior #designer #scandinavian #productdesign #productdesign #luxury #africandesign #seating #beautiful #love #designblog #southafrica #modern #contemporary #bespoke #aesthetic

This week we're looking at the beautiful and sculptural lights by @memadesigns. It is a collaboration between Ari Geva and Sian Eliot, who together explored woven aluminium fabric, to create a unique collection of lights. The lights are intricate, bringing together art, craft and engineering, as well as reflecting aspects of South African culture and nature. The designs vary from simple, petal inspired forms, to large and attention-grabbing chandeliers, all using the aluminium mesh in explorative ways. We love Mema Designs ever-evolving forms and how they always look to use this distinct material in a fresh way, that makes us take a second look and think "how did they do this?". You can see more at www.memadesigns.co.uk Post by @smiling_jay Tag #localzadesign for a feature ____________________________ #MemaDesigns #design #art #aluminiummesh #southafricandesign #furniture #lighting #architecture #interiordesign #home #interiordesigner #furnituredesign #unique #interior #designer #scandinavian #productdesign #productdesign #luxury #africandesign #seating #beautiful #love #designblog #southafrica #modern #contemporary #bespoke #aesthetic

#internationalthursdaydesign goes to @alexisdornier for this house design in Bali. "Private spaces are grouped into a cubistic volume that seemingly hovers above the living rooms and the garden of the premises. An expansive pool forms a strong vector into the adjacent rice field - a graphic juxtaposition to the first floor’s horizontal configuration. The views of bedrooms way above ground capture sunsets above coconut trees. As one ascends the building, circulation leads through semi-outdoor spaces with unexpected perspectives and atmospheres. A vast roof garden crowns the volume, accessible through the central atrium that is covered by a large skylight." Photos by @KIE Tag #localzadesign for a feature. ________________________ #international #bali #bespoke #material #architectanddesign #architecture #productdesign #interiordesign #3drender #interiorandarchitecture #industrialdesign #hoteldesign #housedesign #luxury #skylight #archdaily #dezeen

This week we're looking at @eggdesigns and how their eclectic furniture and lighting design, is distinctly African. Every piece is contemporary and luxurious, using materials, colours and stories that are from Africa, but shared with the world. Founders, Greg and Roche Dry, created Egg Designs with the aim of creating functional furniture, that is not only beautiful, but a timeless storyteller. We are obsessed with the attention to detail in their one of a kind products that use of bold forms and explorative materials. You can see more of the studios designs at www.eggdesigns.com Post by @smiling_jay Tag #localzadesign for a feature _____________________________ #EggDesigns #design #art #southafricandesign #furniture #spaces #architecture #interiordesign #home #interiordesigner #furnituredesign #unique #interior #designer #scandinavian #productdesign #productdesign #luxury #africandesign #seating #beautiful #love #designblog #southafrica #modern #contemporary #bespoke #aesthetic 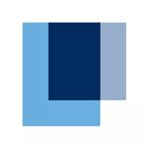 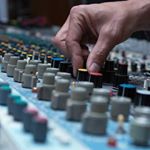 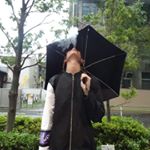 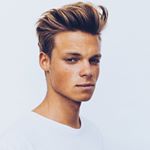 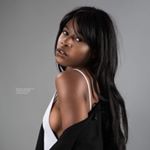 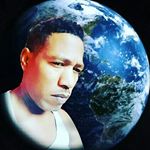 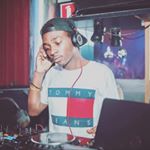 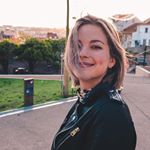 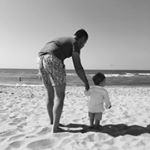 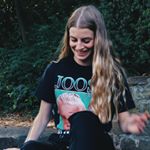 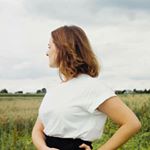 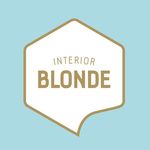 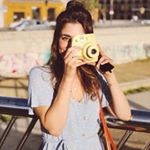 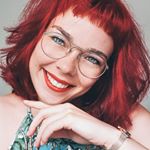