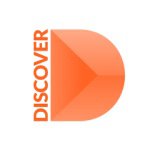 GENDER OF ENGAGERS FOR DISCOVERDUBAI365

8 reasons why Dubai is an open classroom, Travel News & Top Stories For the little ones, there is much to absorb and experience while out and about in Dubai. This complements Singapore's push to encourage outdoor learning — a critical aspect of holistic early childhood development with benefits such as physical and mental wellbeing — and grow traits such as resilience and tenacity. On top of visiting iconic landmarks and enjoying quintessential Middle Eastern hospitality, your kids can also discover specially-curated lessons in biology, history or technology designed to nurture curious young minds: SOAK UP SOME CULTURE Take a guided walking tour through unique narrow sikkas or alleys, coral-clad houses and beautiful wind tower residences along the Dubai Creek to discover the history and culture of Dubai, along with insights into her food, architecture , lifestyle, attire, traditional vocations and even maritime history. The tour, offered by non-profit organisation Sheikh Mohammed Centre for Cultural Understanding to promote Emirati culture, customs, traditions and religion among expatriates and foreign visitors, is followed by an interactive question and answer session about Emirati culture over coffee and dates at Diwan Masjid. LEARN ABOUT MARINE LIFE On top of a visit to the Dubai Aquarium & Underwater Zoo, opt for a behind-the-scenes tour for a fascinating glimpse at the magic of the ocean. Snorkel, feed fish and ride meet an aquarist to find out what it takes to care for over 33,000 marine animals under one roof. - The Straits Times

Record breakers: Dubai’s coolest world records Dubai loves a record-breaker, and currently holds more than 220 world records (is that, in itself a world record?). We painstakingly combed through some of the biggest, highest, longest, strangest Guinness World Records – and there are some absolute beauties in here. Maybe that’s what we’re really here for, to build the largest chocolate sculpture in the world – if we don’t devour the whole thing first… Now we just need Roy Castle and we’re on the way. City with the most buildings 300m or taller These are the official names of the records, btw. Unsurprisingly Dubai leads the way with the most super-skyscrapers in the world. Some 21 buildings reach more than 300m into the sky, more than twice as many as any other city in the world. Lofty ambitions indeed. Fastest police car in service The fleet of Dubai Police supercars is world-famous, so it’s perhaps unsurprising that the unbelievably zippy Bugatti Veyron concept car clocked a face-squishing 407kph back in 2016. Bad guys watch out, because there’s no getting away from this Dhs9.5 million supercar | Attractions | Time Out Dubai

Worlds Tallest topiary sculpture It was planted at Dubai Miracle Garden and officially made it into the books in January 2018, standing a proud 18.06 metres tall. Whether or not he makes it back for the next season remains to be seen, but we hope to see him and his 100,000 flowers back for the 2019-2020 winter season of the garden. http://ow.ly/dJfm50wBpWp

Its World Animal Day this weekend and The Pet Shop is hosting a pet adoption day to celebrate at its Dubai Investment Park (DIP) store, today and tomorrow. Spend the weekend with furry friends, attend interactive vet sessions and maybe, adopt a pet in partnership with Stray Dog Center UAQ and Kittysnip. Doggy adoption day is today, while cat lovers can head over tomorrow. From noon until 2pm today and until 5pm tomorrow. http://ow.ly/mRcU50wBpq4

Malabar Gold & Diamonds is hosting a jewellery exhibition today and tomorrow. The ‘Artistry — Branded Jewellery Show’ at Taj Dubai Business Bay runs from 10am to 10pm, and will showcase a collection of handpicked designs. http://ow.ly/9ql350wBpho

Etihad Rail: profiling UAE’s national railway transforming the economy Etihad Rail is creating the first national freight and passenger railway network connecting the seven emirates of the United Arab Emirates (UAE) as part of the Gulf Railway project. Varsha Saraogi takes a look at the project and how it will disrupt the railway industry in the region. The United Arab Emirates (UAE) is not an easy place to navigate. Made up of seven emirates, including Dubai, Abu Dhabi, Sharjah, Ajman, Ras al-Khaimah, Fujairah, and Umm al-Quwain, the region sprawls across 83,600km. The hot and dusty weather makes it impossible to travel on foot, which is why the country is bolstering its transport sector through a number of projects, one being the world-famous Etihad Rail network. Over the past decade, all the emirates have gradually realised the importance of developing the region’s railway infrastructure and its key role in boosting the economies as well as facilitating the overall gross domestic product (GDP) growth. As a result, expansions and upgrades are on the line and there is no better place to start than in Dubai. “The railway industry in Dubai is on the cusp of a large-scale expansion with an aim to benefit the socio-economic and political ecosystem as well as create a sustainable future,” says Araj Hassan, CEO of the Dubai-based software development company VMENU app. In fact, the city is preparing for the arrival of the Hyperloop project – a high-speed train network – is due to launch in 2020 connecting capital city Abu Dhabi and Dubai in 12 minutes. The Al Sufouh Tramway and the Dubai metro – an automated network connecting the entire city which began running on 9 September 2009 – are also boosting their operation. The Route 2020 extension is currently being constructed ahead of Expo 2020 in Jebel Al. http://ow.ly/RCtf50wAciO #EthiadRail #AbuDhabi, #Sharjah, #Ajman, #RasalKhaimah, #Fujairah#UmmalQuwain

Burj Khalifa lit up with Mahatma Gandhi’s image on his 150th birth anniversary Dubai: World’s tallest building Burj Khalifa in Dubai was lit up with the picture and philosophy of Mahatma Gandhi on the occasion of his birth anniversary on October 2. In a statement, India’s Ambassador to UAE Navdeep Suri said, “I am delighted that we are celebrating one of the tallest personalities the world has seen by screening his image on the iconic building. I am sure that the events that we will organize over the next few months will not only remind all of us about the enduring message of Mahatma Gandhi but also motivate no to put some of his lessons into practice.” He took to Twitter to write, “Such a joy to see the Burj Khalifa lit up with Gandhiji – visuals, text and music in perfect harmony. A big thanks to our friends at Emaar and the great team at @cgidubai for making it happen.” red an icon around the world. http://ow.ly/5zdf50wAbS4 #BurjKhalifa #Dubai #MahatmaGandhi

Need a break? Brilliant value hotel deal to book in October W Dubai – The Palm if you have a pet, chances are leaving them at home is tricky when you’re making the most of one of Dubai’s top hotel deals. If not emotionally then certainly logistically. But if you’re looking for a party weekend on the Palm, then your party pooch can join in the staycation fun. W Dubai – The Palm’s motto, P.A.W. Pets Are Welcome, isn’t just a party hotel for people, furry friends can come along for the ride, too. Your pet is welcome to come on your staycation with you, as long as it weighs less than 20kg. And while you’re sunning it by the pool or having dinner at one of the hotel’s cool restaurants such as Akira Back or Torno Subito, your pet gets entertained, too. The hotel offers everything from pet beds to a customised in-room pet dining menu, as well as pet-sitting services and toys to keep them entertained. To have your pet stay is Dhs650. No need to book the dog-sitter after all. Prices vary. W Dubai – The Palm, Palm Jumeirah, Dubai (04 245 5555). http://ow.ly/3l8X50wAbm9 #WDubai – #ThePalm, #PalmJumeirah, #Jumeriah #Dubai

Kayla Itsines And Kelsey Wells Are Coming To Dubai Two of the biggest names in fitness, #KaylaItsines and #KelseyWells, will be coming to #Dubai with the Dubai Active Show on December 5th. http://ow.ly/PITA50wAbi3 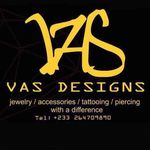 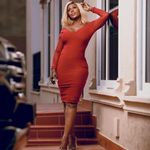 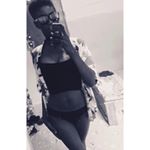 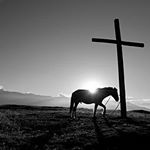 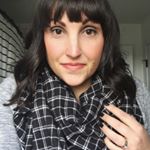 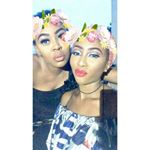 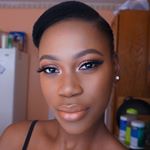 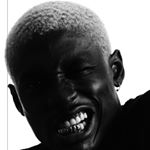 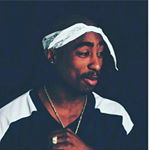 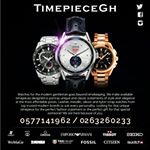 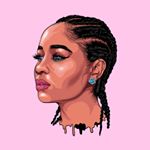 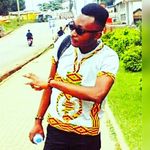 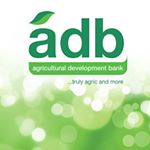