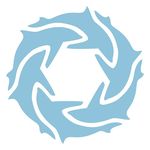 GENDER OF ENGAGERS FOR UNDERSEAPRODUCTIONS 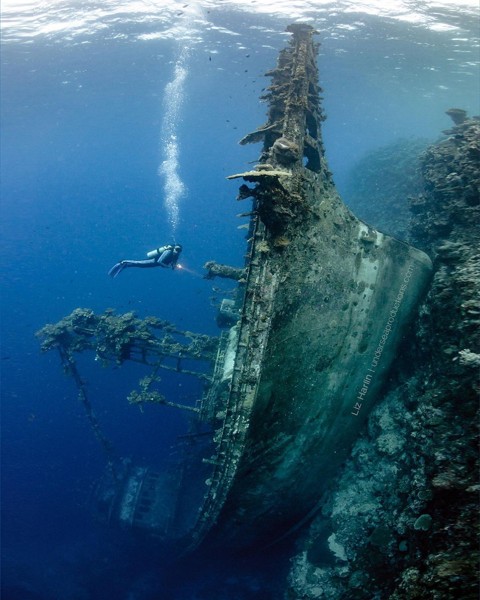 ⁣Does this make you do a double take? It's one of my most published photographs, and most def a fave of mine. It appeared in Scuba Diving Magazine, among others, and won a silver award to boot. Here's the story behind the shot...⠀ ⠀ On its maiden voyage (or so they say), this modern-day tuna fishing boat (the 𝘛𝘢𝘪𝘺𝘰) missed a navigational waypoint, and subsequently hit the reef where it got stuck in shallow water. There was a botched salvage attempt to pull the boat off the reef, but it sank over the reef edge instead. Oooof. The boat slid down the wall and came to rest upright on a shelf in approx 30m/100' of water. Bow up, stern down. It’s a trippy sight.⠀ ⠀ On my first dive at the wreck I took some images without a diver and without including the water's surface. The results were disappointing. What I needed instead were recognizable references to contrast with the shipwreck’s unusual orientation.⠀ ⠀ So I headed back with my dive buddy Doug, and I photographed him as he explored the wreck. His upwards streaming bubbles served nicely to convey the bizarre position of the wreck. The resulting image better showed the strangeness of the sight.⠀ ⠀ Nono Lagoon, in Marovo, Solomon Islands.⠀ ⠀ This photo has been published in colour and in black-and-white. Which version do you prefer? Have you dived this site?⠀ ⠀ Gear and settings:⠀ • Nikon D300⠀ • Tokina 10-17mm fisheye lens @ 10mm⠀ • 1/60 sec⠀ • f/5.6⠀ • ISO 400⠀ • ambient light only⠀ • Subal ND30 underwater housing⠀ ⠀ ⠀ #shipwreck #solomonislands #underwatershipwreck #scubadiver 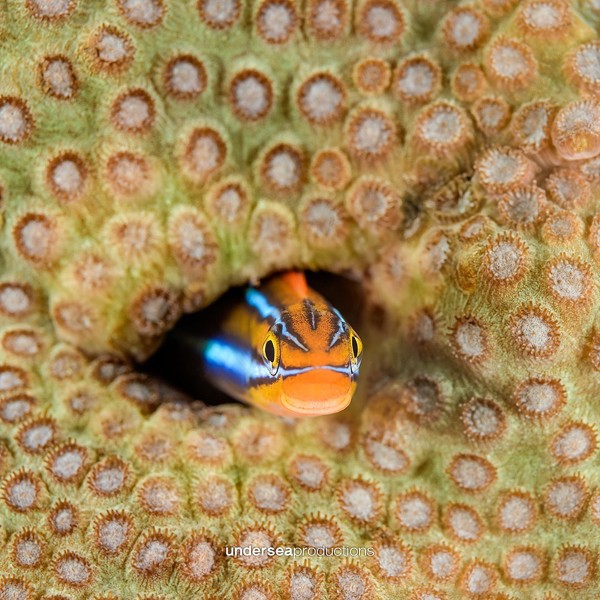 ⁣⁣Underwater macro photograph of a tiny predatory fish, the Bluestriped Fangblenny (Plagiotremus rhinorhynchos). His striking colours and comical appearance are at odds with his sharp teeth and flesh-eating habit. This fangblenny's colours mimic those of the juvenile Bluestreak Cleaner Wrasse, a fish that cleans parasites off larger fish. Those larger fish approach a cleaning station, seeking the services of the cleaner wrasses, and that's where the badass fangblenny sneaks into the foray... and bites a little chunk out of the trusting fish. Very sneaky!⠀⠀ ⠀⠀ While waiting for passing prey, the fangblenny hides safely in a discarded worm hole.⠀⠀ ⠀⠀ A print of this image won a Silver award at the AIPP Australian Professional Photography Awards.⠀⠀ ⠀ ⁣Gear and settings:⠀ • Nikon D810⠀ • Nikon 60mm macro lens⠀ • 1/125 sec⠀ • f/18⠀ • ISO 125⠀ • two Inon underwater strobes⠀ • Nauticam underwater housing⠀ ⠀ ⠀ ⠀ 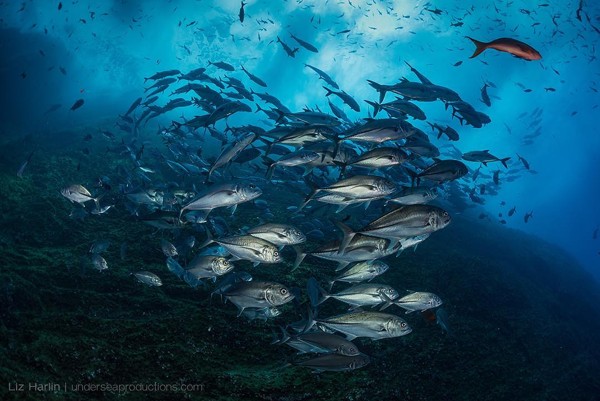 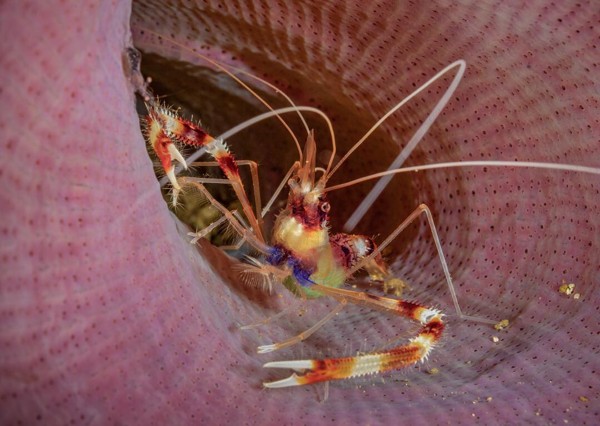 I adore these little crustaceans.. Banded Coral Shrimp (Stenopus hispidus) living in the folds of a pink Elephant Ear Sponge. Nikon 60mm macro lens, f/22 @ 1/125th, two underwater strobes. I photographed this little guy on a shipwreck in the Solomon Islands. We're heading back to the Solis for a 2-week liveabord dive expedition in April 2019, and there may be one more space available onboard; message me for deets. #stenopus #bandedcoralshrimp #solomonislandsdiving #elephantearsponge #macrounderwaterphotography 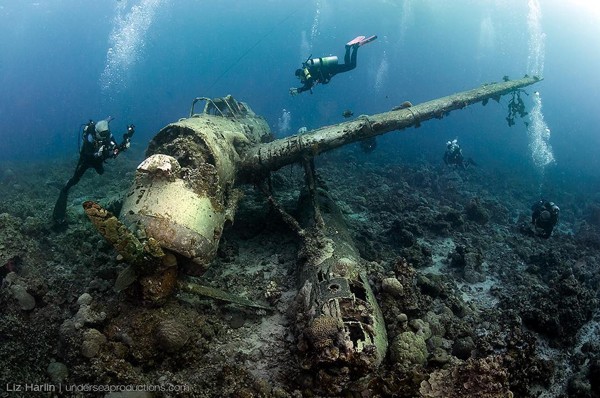 One of my underwater wreck photos is published in the current edition of Sport Diver Magazine (USA), for their "Choose Your Adventure" article about the many different interests in scuba diving. This photo is of the WWII Jake seaplane wreck, in Palau, with some of my underwater photography friends / clients / models. The Jake wreck is a 3-seat, single engine, twin float seaplane, resting in just 12m / 40ft. Have you dived it? #palaudiving #wreckdiving #seaplanewreck #palauunderwater #underwaterphotographers #jakeseaplane 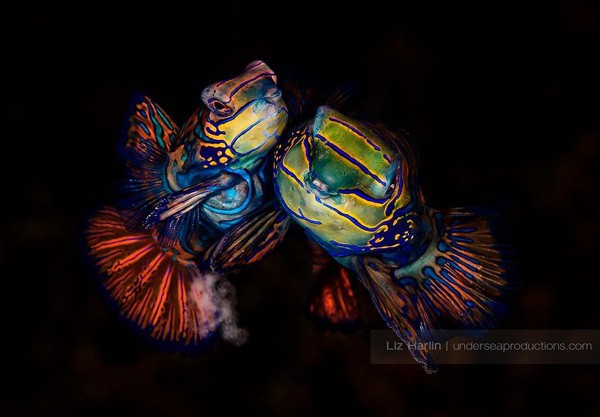 Have you ever seen these little guys in action? For *years* I’ve wanted to capture this kind of image of mating Mandarinfish. But it’s not easy. For starters, they aren’t very common fish. Then they are difficult to track with a camera because they swim quickly in and out of the coral, flitting back-and-forth in movement akin to that of hummingbirds. And they are quite small, just 4-6cm. Oh, and they are notoriously shy of divers and lights. . The males spend the last hour of dusk courting and chasing the females around, lookin’ for love. When a female is ready to mate, she rests her belly on the male’s pelvic fin. Connected cheek-to-cheek, the pair leave the reef’s protection, and rise up into the water column. At the peak of their ascent, they release their spawn which will quickly disperse with the passing currents. Then the fish dash back down into the coral. The ascent lasts a few seconds, the spawning lasts less than one second. The challenge is guessing when their ascent will peak, and waiting for that moment before pressing the shutter: too soon, and your strobes won’t recycle in time to get another shot; too late, and the tiny fish are gone. . I spent two evenings with the Mandarinfish, and captured a total of just 12 frames. This was the only photo where both fish were positioned facing their bodies towards me during their ascent. And the tiny cloud of spawn is in the frame as well, which was a nice bonus. . Nikon D810, Nikon 60mm macro lens, f14, 1/125th sec, ISO 250, Nauticam underwater housing, two Inon underwater strobes. . Photographed in Lembeh Strait, North Sulawesi, Indonesia. . . #mandarinfish #matingmandarinfish #lembehstrait #underwatermacro 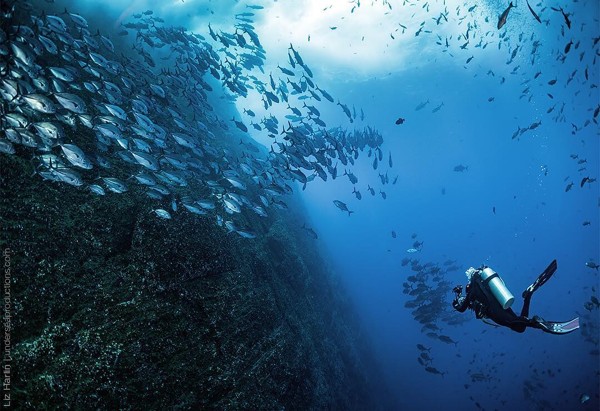 Stoked to see one of my images as the lead photo for the feature article in Sport Diver magazine, a story with a bucket list of the planet's most stunning and exciting pinnacles, atolls, seamounts and volcanoes. My unwitting model was the lovely Jules, swimming through the big swells and turbulent seas at the remote volcanic seamount "Roca Partida", during our group dive expedition to the Socorro Islands, in a tiny corner of the Pacific Ocean. Our next dive adventure is the Solomon Islands, in April 2019, and there is one last space still up for grabs... . Gear: Nikon D810, Sigma 15mm fisheye lens, 1/250sec, f5.6, ISO64, two Inon underwater strobes, Nauticam housing, Zen 230mm superdome glass port. . #socorroislands #rocapartida #oceanlife #scubadiving #eatsleepscuba 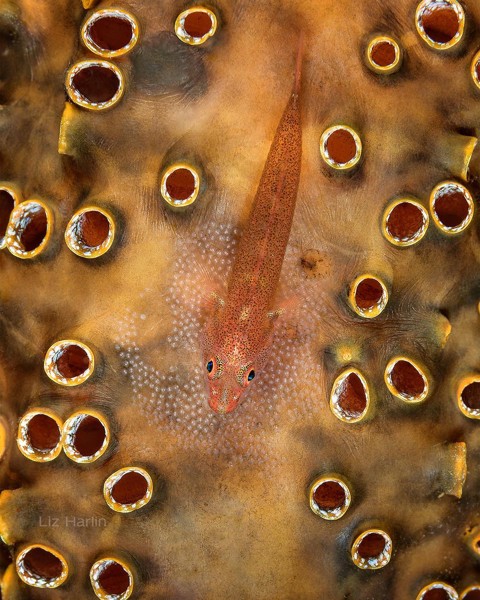 Underwater macro photograph of a 1” Ghost-goby. This tiny fish sits atop and defends the small clutch of eggs that she laid among the siphons of a Stalked tunicate. The tunicate’s skin is toxic, which deters any passing predators. The print of this image just earned a Gold Award at this weekend's 2017 Australian Professional Photography Awards, happy days 😀. I photographed this little guy during our group dive trip to the Fiji Islands. . Gear: Nikon D810, Nikon 105mm macro lens, Nauticam underwater housing, Inon underwater strobes; 125sec, f29, ISO160. . #APPA2017 #APPAgold #underwatermacro #ghostgoby #underwatermacrophotography #marinebiology 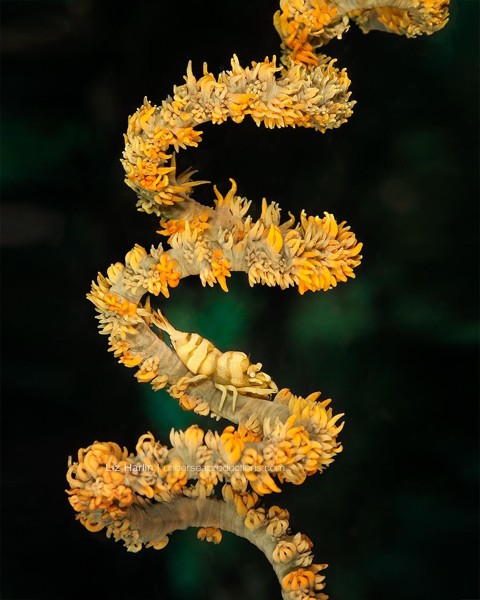 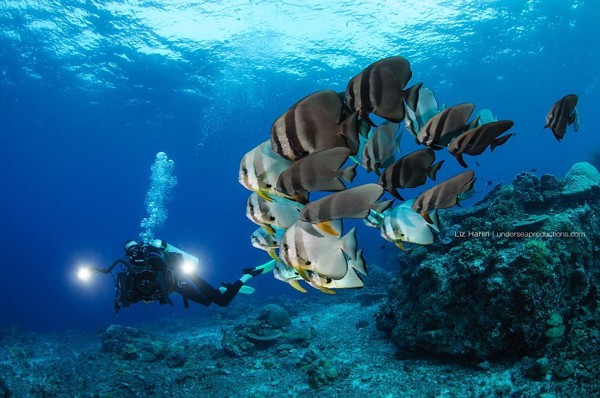 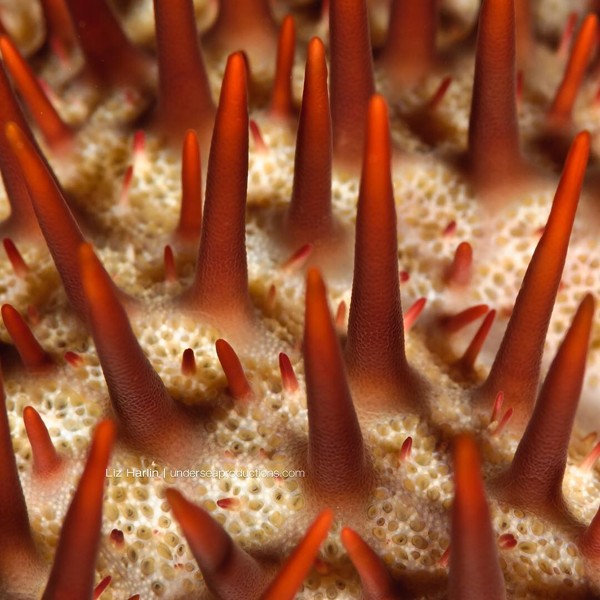 Close up detail of a Crown-of-thorns starfish... the most beautiful threat to coral reefs. These sea stars feed on the tissue of hard corals. In small numbers, they are a natural part of the system. But in plague proportions, they can remove an entire reef's hard coral population—which has a devastating effect on reef biodiversity. . Nikon 105mm macro lens, 1/160th sec, f22, Subal underwater housing, two Ikelite underwater strobes. . #crownofthorns #starfish #seastar #echinoderms #crownofthornsstarfish 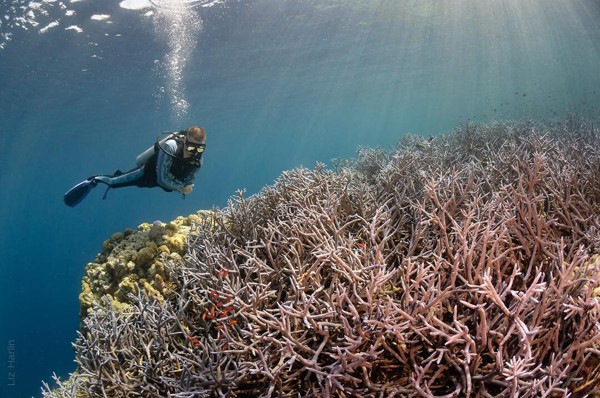 Staghorn coral is one the fastest-growing hard corals. When no major disturbance sets it back, staghorn can quickly cover vast areas. The trade-off for fast growth is delicate structure—so, a big storm could level this field of pink staghorn... but that would in turn clear some space for the more robust, slow-growing hard corals (like those yellow ones in the left of the frame). Over years and decades, reefs become a balanced mosaic of different coral species. . I made this photo during one of our many dive expeditions to the beautiful Solomon Islands, in the South Pacific. . Tokina 10-17mm fisheye lens, Subal underwater housing, 1/320th sec, f8, two Inon underwater strobes. . #staghorncoral #coralreefs #corals #reefs #scubadiving #solomonislands