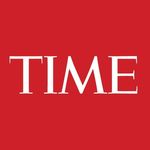 GENDER OF ENGAGERS FOR TIME

Even as national polls show Joe Biden leading President Trump in head-to-head surveys by ever-widening margins, there are still viable paths towards a second term for the President when the election ends on Nov. 3. Biden, photographed during an Oct. 16 campaign event in Detroit, raised more cash than Trump for the final report before Election Day and is swamping him on the airwaves, but Trump has proven a preternatural survivor, writes Philip Elliott. Democrats have a clear advantage over Republicans when it comes to early ballot returns, but the Republicans have always shown more adept at voting on Election Day. And Republicans have spent the last four years adding GOP partisans to the voter rolls, while purging Democrats. Read more, and sign up for TIME's politics newsletter The D.C. Brief, at the link in bio. Photograph by @jimwatsonafp—@afpphoto/@gettyimages

Detained left-wing activist Reina Mae Nasino touches the coffin of her three-month-old daughter, River, during funeral rites guarded by armed escorts at Manila North Cemetery on Oct. 16. The 23-year-old was among three activists arrested last year in a Philippine left-wing group’s office, the Associated Press reports, and charged with the illegal possession of explosives and firearms; their lawyers allege that the weapons were placed by police, which denied the accusation. A court had allowed Nasino three hours to attend the burial of her baby, who died of acute gastroenteritis, the AP adds, but critics decried the mother's treatment: Nasino had difficulty wiping away tears while wearing handcuffs and a protective suit at the cemetery, and the armed guards would not allow her handcuffs to be removed while she grieved. Photographs by @aaronfavila—@apnews

Donald Trump's campaign is ramping up the pace of the President's travel, preparing to hold three rallies a day next week. But Republican strategists warn that more Trump isn't what the campaign needs right now. What he needs, they say, is to stick to the script—something the President is not wired to do, writes @bybrianbennett. As Trump trails former Vice President Joe Biden in national polls, his obsession with dominating the news cycle, airing grievances and sowing confusion has made it hard for him to turn around those numbers with the independents, women and seniors, who have all been leaving him in recent weeks. This was Trump's political novelty in 2016: he could say the outrageous, change the subject, turn attention to his opponent's weaknesses. It was a tactic that helped get him to the White House. But with so much chaos characterizing this year, voters are looking for stability and clarity on how candidates are going to turn things around, strategists say. Trump, photographed at a Des Moines rally on Oct. 14, isn't built to provide that kind of reassurance. In fact, it's long been his strategy not to. Read more at the link in bio. Photograph by Doug Mills (@nytmills)—@nytimes/@reduxpictures

With a panel of leading fantasy authors—N.K. Jemisin, Neil Gaiman (@neilhimself), @sabaatahir, @tomiadeyemi, Diana Gabaldon, George R.R. Martin, @cassieclare1 and Marlon James—TIME presents the 100 Best Fantasy Books of All Time, beginning in the 9th century. See the full list, and read about how we chose the most engaging, inventive and influential works of fantasy fiction, at the link in bio. Photograph by Sangsuk Sylvia Kang (@sangsuk.jpg) for TIME

@kamalaharris always stood to be a dominant figure in the nomination of Judge Amy Coney Barrett to the Supreme Court. Harris walked a careful line during her time to highlight the norm-breaking act of confirming such a critical post so close to an election, while also not sliding into the sexist territory some of her colleagues teetered near or alienating female voters who are backing Harris and her running mate, writes Philip Elliott. The disciplined prosecutor had her questions carefully organized, and Barrett immediately appeared to recognize the traps Harris was setting. While they clearly do not share a judicial philosophy, it seemed as though they considered each other formidable. Sidelined from campaign travel due to the hearing and at least one COVID-19 case on her staff, Harris has used her allotted time to make as big of a mark as she can from a bland conference room in her office in the Hart Senate Office Building. (The lighting in Harris' own office isn't suited for Zooms, an aide tells TIME.) Harris has done her best to make these appearances work to the campaign's advantage, trading some of her firepower from now-Supreme Court Justice Brett Kavanaugh's confirmation battle for a milder tone now that she's on the ticket. After all, unlike Kavanaugh's nomination, Barrett's is not in doubt. Read more at the link in bio. Photograph by @sarahsilbiger—Pool/EPA-EFE/@shutterstock

Donna Mays had waited a long time for Oct. 13. It was the day she hoped her son Jamel Floyd—whom she had expected to be released from that month after more than a decade in prison—would return home. (State prison records show that Floyd, a Black 35-year-old man, was eligible for parole on that date.) Mays had planned parts of her life around her son's anticipated release, even scheduling things so she could marry his father in October. She wanted to wait until Floyd was able to walk her down the aisle. But he would not come home in time for her wedding. He wouldn't come home at all. Floyd died on June 3 after being pepper sprayed by guards at Metropolitan Detention Center in Brooklyn. (The Justice Department’s inspector general is now investigating the circumstances surrounding his death.) "My days are still confused," says Mays. "I don't question God because I know God doesn't make mistakes, but I just need some answers." Read more, and see more pictures, at the link in bio. In this photograph: a memorial at Kennedy Memorial Park in Hempstead, N.Y., where Floyd grew up playing baseball. Photograph by Yuki Iwamura (@yuppo56)

During the first day of Amy Coney Barrett's Supreme Court hearing on Oct. 12, Democrats revealed their main focus for the week as senators debate her confirmation: health care. In a show of disciplined messaging, Democrats on the Senate Judiciary Committee honed in on fears that Barrett would overturn the Affordable Care Act if she were confirmed to the Supreme Court—which is set to hear a case about the constitutionality of the Obama-era law just one week after Election Day. Barrett's confirmation is highly likely, writes Tessa Berenson. "I think I know how the vote's gonna come out," South Carolina Sen. Lindsey Graham, the committee's chairman who was photographed with Sens. Mike Lee of Utah and Chuck Grassley of Iowa, said on Monday. But, he added, "This is going to be a long, contentious week." For both parties, Barrett's hearing may be more about making a pitch to their base as voters head to the polls than changing their colleagues' minds about the judge. Sen. Amy Klobuchar, a Democrat from Minnesota, said as much while addressing voters: "I doubt that it will be a brilliant cross-examination that's going to change this judge's trajectory this week. No, it is you. It is you calling Republican senators and telling them enough is enough," she said. "It is you voting, even when they try to do everything to stop you." Read more at the link in bio. Photographs by @erinschaff—@nytimes/Pool/@gettyimages, Kevin Dietsch (@photodietsch)—@upi/Pool/@sipausa, @stefani_reynolds—Pool/@epaphotos-EFE/@shutterstock and @erinschaff—@nytimes/Pool/@gettyimages

LeBron James celebrates with teammates after the Los Angeles @lakers defeated the @miamiheat 106-93 in the championship-clinching Game 6 of the NBA Finals in Lake Buena Vista, Fla., on Oct. 11. @kingjames' fourth title, in this year of pandemic suffering and widespread social unrest sparked by a racial reckoning, will go down as his most important, writes @sgregory31. Read more at the link in the bio. Photograph by Mark J. Terrill (@mjterrill1)—ap

@tourmaliiine is one of the 100 Most Influential People of 2020. “Tourmaline gave us evidence of our lineage," writes @janetmock, "and in a culture where histories of marginalized people—particularly Black trans and queer people—aren't preserved in mainstream storytelling, Tourmaline is a force showing us to ourselves, proving to anyone paying attention that trans people have always been here." Read more, and see the full 2020 #TIME100 list, at the link in bio. Photograph by Texas Isaiah (@kingtexas)

Bong Joon Ho is one of the 100 Most Influential People of 2020. "This is the filmmaker who, this year, has risen into the 2020 vision of the entire cinepassionate planet like a new sun," writes Tilda Swinton. "Whip-smart, highly skilled, supremely cineliterate, exuberant, irreverent, self-determining, deeply romantic, with a voracious delight in the absurd, highly principled, precision-tuned, compassionate to the last: his films have always been all this. It just seems to be time for the world to catch up." Read more, and see the full 2020 #TIME100 list, at the link in bio. Photograph by @cyril.zannettacci—@vu_photo/@reduxpictures

Hundreds gathered for President Trump's first public appearance since returning to the White House after being treated for the coronavirus, on Oct. 10. The White House has refused to declare that he is no longer contagious, and the gathering of people on the South Lawn went ahead despite the guidance of public health officials, according to ap. Read more at the link in the bio. Photograph by Samuel Corum—@gettyimages 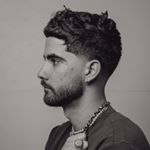 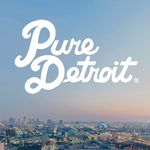 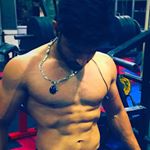 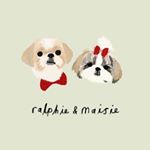 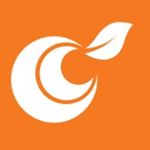 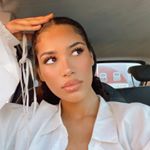 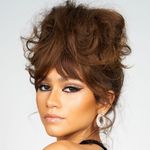 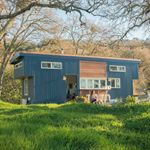 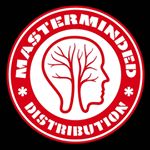 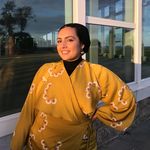 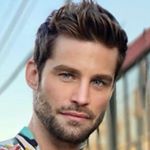 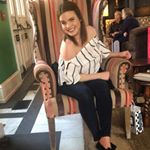 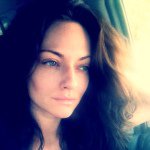 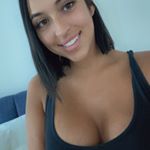