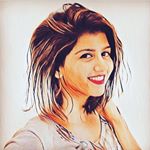 A twenty-something on a hiatus from corporate life. Exploring, loving and sharing the fun and drama of adulting 🇵🇰|🇨🇦 📍Toronto Email for work queries
the▓▓▓▓▓@gmail.com
Pakistan
25–34
View contact info

GENDER OF ENGAGERS FOR THESPICEOFADULTING

When I first thought of starting a blog, a blog was still pretty much still a blog. As in, a weblog. Insta-blogging was nowhere close to the virtual shape and form it has taken today. So I started with making a weblog. And for the opposite of a techie person that I am, making one was a big deal. I was 7 months pregnant, raat ko neend tou wese hee nahe aati thi, so I felt spending the night figuring out how to make a slight change to the HTML code was well worth it. Just writing this is giving me flashbacks of those few months I spent drafting and editing and re-editing blogposts and then hitting the ‘publish’ button. Exciting times! Then Aleyan happened and life got busier. The frequency of blogposts decreased and I eventually stopped using Blogger altogether. I knew some of the instagram posts eventually had to move to the blog so they’re at a permanent place but the blog needed a revamp and the thought of having to do the techie stuff always made me put it off. Until one day, I came across an old message in my Facebook inbox by @rizwanrafiqrana who had offered to revamp by website. I got in touch aiwaeen but he was so helpful in guiding me that I outsourced the job to him. He moved everything from Blogger to Wordpress, answered a gazillion of my questions and entertained all my farmaishi programs (highly recommend him for web development work). This was last year when we were in Pakistan but masha’Allah for me that I did not do any of the stuff that was pending on my part the entire year! Aaj mene socha, bus buhat ho gayi. Going through my old blogposts last night made me see how much my writing style and the things I liked talking about have changed over time and I legit felt like deleting some of the stuff I wrote (some LOLs also) but then I thought, if that's how I've adult-ed, that's how it is. Still need to format old posts and do some structuring but it’ll happen as I start putting instagram posts there. If you've started following me relatively recently, subscribe to the blog and you can catch up on all the old instagram captions that you never read. www.thespiceofadulting.com is up again, LINK IN BIO 😁

We had a crazy dance party yesterday where the three year old stole the show and though we barely made it into the frame, guess we also have our first non-blurry picture taken by our child. At times, this whole things feels like a bad dream and at times it feels like a fantasy that we didn't know we needed to live. We're getting to see more of each other, spending more time with Aleyan together and despite the uncertainity of what future holds, these moments each day already feel like memories we'll hold dear for life.

Loving everyone's involvement in my cooking experiments and mubarikbads on my ''can't-believe-I-made-it' meals. The frequency of my disasters has definitely been going down but there are still days when we think banaya tou kuch aur tha aur ban kuch aur gaya hae 🙈 A friend of mine cooked these noodles a few days ago and flaunted how yummy they were so I obviously asked her for the recipe so mein bhe thori shokhi maar sakoon. They're just regular chowmein style stir-fry noodles by normal standards but extra mindblowing by my standards. Kuch samajh nahe ayi mujhe which ingredient gave what flavour, I just know esa flavour meri cooking mein kam hee naseeb hota hae 😁 Ingredients: 1 big capsicum - julienne cut 2 carrots - julienne cut 1.5 cup roughly shredded cabbage Boneless chicken (I used about 4 thighs) 3 cloves garlic 1tsp minced ginger 1tsp sesame seeds Spaghetti (I had a 900g pack and used almost half) Mix the below ingredients for sauce: 5 tbsp soy sauce 1.5tbsp honey (or brown sugar) 4tbsp chilli sauce (I didn't have it so I put chilli garlic sauce) 2tsp vinegar 2tsp sesame oil You may add siracha if you like, I skipped because of Aleyan. Method: Season chicken with salt and black pepper and stir fry until just done. Keep aside. Boil spaghetti as per packet instructions and keep aside. Add ginger, garlic and sesame seeds to oil. Stir until oil is fragrant, then add veggies. Stir fry veggies on high flame, leave a little crunchy. Add chicken, spaghetti and sauce. Mix mix mix.  Done donaa done done!

Saw these kaali kaali aankhein when we were done exploring the historical site of Petra (Jordan) and were waiting for our carriage to arrive and take us back. Socha chalo dekhte hein what's special about the best Arabic kohl and went inside the shop. Swipe left to see what I discovered. Matlab, kuch bhe? . P.s: You can catch a virtual tour of Petra saved in highlights :) . . #tsamiddleeasttrip

How many of you are aware of beauty products that claim to have the magical healing and rejuvenating properties of the dead sea salt?  It's a big market! Located in the Jordan Rift Valley, this salt lake attracts tourists who visit its hotels and spas for luxury mud treatments and salt baths. It is one of the saltiest water bodies on earth and the unusually high salt concentration means you can float in the Dead Sea due to its natural buoyancy. Yes, even if you don't know how to swim, you float! Because of its high salinity, no animals/aquatic life survives there, hence the name 'Dead Sea'. It is also the lowest point on earth and all of these facts combined make it a point of interest for a lot of scientific research. . When we planned to visit Jordan and included Dead Sea in our itinerary, I was aware of the above facts. What I was NOT aware of was the Islamic history of the place. I had it somewhere in my head that like most other popular places in the region, this one also had a 'story' but it wasn't until we got there I looked up what exactly it was 🙈 . According to the widely believed Islamic tradition, the Dead Sea is the site of the ancient city of Sodom, home of Prophet Lut (a.s), and the place where he preached Allah's Message to his people who refused to believe. According to the Holy Quran, the land was raised and the entire city was turned upside down and it is therefore believed to be a standing symbol of destruction. . We reached late night, checked into the hotel and slept. Ahmad was very excited about going into the water and trying the salt baths and mud treatments but I didn't have the heart to do any of that after I read the history. And though Ahmad wasn't the happiest that I chose to educate myself last minute (🙈), he also decided not to do any of the leisurely activities. We just spent some time looking at the lake the next morning and I don't know if it was only because I was looking at it from a different mindset but I couldn't get rid of this eerie feeling the entire time we were there. We left much earlier than our original plan and I vowed never to leave researching a place to last minute again. #tsamiddleeasttrip

So I feel the homes with kids and the ones without kids are in completely different zones altogether right now. All the memes and funny videos of people doing the silliest if things to kill time, calling dur daraz kay rishtaydar and playing online games with friends and here I am, hiding under tents and finding ways of using kitchen utensils to make yet another activity for my kid so he can stay busy for 10 minutes and I can finally have that cup of tea that I put into the microwave for the fifth time! Maza aa raha hae? 😉

Going through old pictures last night, I realised I never got around to sharing many of the pictures from our trip to Egypt, Lebanon and Jordan. We had our families visit us right after we returned from the trip and then we had to pack up to leave Saudi so life got too busy. But we saw so much cool stuff during that trip that I never got to talk about so I'm going to share some of that old stuff for a virtual trip down the memory lane. . Some irresponsible behaviour on my past meant that I didn't look up anything while Ahmad was planning the trip and went totally unprepared. Which meant I had no idea we could actually go INSIDE the pyramids, let alone checking what going in is like (check my Egypt highlights to see). I also completely ruined one of Ahmad's plans in Jordan because I did my research too last minute (more on that later). Ideally, these places should have been done in two trips because three different countries meant A LOT of travelling. But we didn't have enough time for two trips and we didn't want to leave Middle Least before visiting these countries so we just planned a two weeks itinerary. Even though we kept buffer/off days in the schedule, it did get too exhausting with Aleyan who was almost 2yrs old then. But all the historical places we got to see and learn about was totally worth it! #tsamiddleeasttrip

#AleyanSays: I feel you grown-ups, I feel you. Here's some expert toddler advice, You fall down, you get back up. That's how it goes. Just keep those snacks coming. Hope my fellow little humans are keeping you all entertained 😇

It has been interesting to see how each of us has such a different coping mechanism for the situation we're all in. Some need to stay busy to keep themselves from falling into the rabit hole of anxiety and some need to let go of everything and just be. Some are craving interaction and conversation and some are using the distance and silence to reflect on things that life otherwise had gotten too busy for. . Personally, I'm a homebody so I can't relate to people finding it difficult to stay at home because of boredom. I'm someone who is okay with doing the bare minimum, lazying around and enjoying my own headspace. I'm okay with just BEING. But that doesn't mean I get to trivialize the challenges of people who operate differently. . I don't have to be able to relate to someone personally to be empathetic. We may be coping differently but I really do believe all of us are re-evalutating our lives in some way. Either willingly or unwillingly but we are. And when we meet on the other side of the tunnel, maybe, just maybe, we'll realise that we're more alike than we're different. 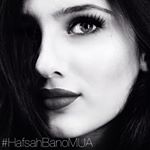 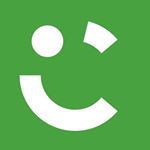 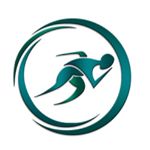 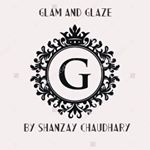 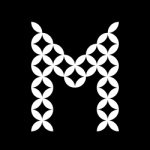 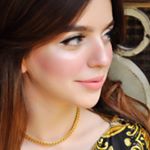 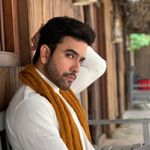 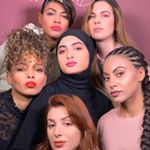 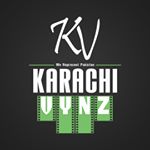 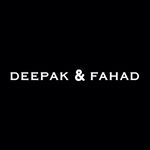 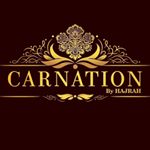 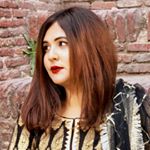 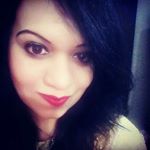 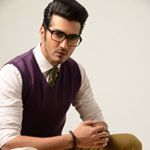 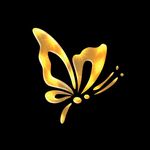