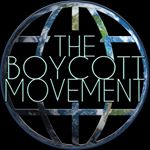 GENDER OF ENGAGERS FOR THE_BOYCOTT_MOVEMENT

We support @drbronner ・・・ It’s true! Our company-wide minimum wage for full-time, permanent employees is $18.71. Free health care for employees & their families; up to 25% of salary as an annual bonus; free daily organic vegan lunches, and more! Thank you to @voxdotcom & Kieran Dahl for telling our story in such a thorough & dynamic way. Give it a read if you're interested in how we use business as a force for good...clickable link in our bio! Also, a bit more context about our comment that social media is essentially amoral: “The truth is that social media, like marketing and PR, is amoral. It’s what you do with it and how you use it that determines if it is ethical & authentic versus devious & insincere." —Mike Bronner

From @collective_evolution ・・・ Follow @arjun_ce // "You may not think aluminum is a big deal, but it is. For anybody who has looked into aluminum toxicology, it’s quite clear and apparent that it has no place inside of any living biological organism. Putting it simply, it wreaks havoc on our biology. High amounts of aluminum have been found in the brains of people with Alzheimer’s disease, with experts in the field believing that aluminum brain accumulation may be one of the main causes of Alzheimer’s disease.⠀⠀⠀⠀⠀⠀⠀⠀⠀ ⠀⠀⠀⠀⠀⠀⠀⠀⠀ It’s also been discovered within the brains of MS patients, and some of the highest aluminum content ever recorded in brain tissue has also been discovered in people with autism. Aluminum is associated with several diseases. But an adult body can do a great job of flushing out aluminum.⠀⠀⠀⠀⠀⠀⠀⠀⠀ ⠀⠀⠀⠀⠀⠀⠀⠀⠀ Despite the fact that aluminum has no place within earth’s biota, it’s still present in many of our medications, our food, and even in the water that we drink due to contamination since the industrial revolution. Aluminum inside the body is a new phenomenon and still understudied. Again, there is a threshold, and aluminum that is injected via vaccines doesn’t exit the body–there is strong evidence that it remains inside the body and ends up in distant organs and eventually inside of the brain. If you want to access more studies on that topic, you can read this article I published that provides them and goes into more detail. You can also watch this interview with Christopher Exley, where he also points to that fact."⠀⠀⠀⠀⠀⠀⠀⠀⠀ ⠀⠀⠀⠀⠀⠀⠀⠀⠀ Read our Full article on our site / link in bio under 'latest articles' #cearticle #changestartswithin #collectiveevolution #cemedia #cenews #consciousness #consciousmedia

#Repost @make_earth_green_again ・・・ I’ve read through the comments and found some ways in which we can all help. The link will be in my bio. Make sure to share this. The more everyone knows the more we can all help! 🌎 * Donate to Rainforest Action Network to protect an acre of the Amazonian rainforest. * Donate to the Rainforest Trust to help buy land in the rainforest. Since 1988, the organization has saved over 23 million acres and counting. * Reduce your paper and wood consumption. Double-check with Rainforest Alliance that what you're buying is rainforest-safe. You can also purchase rainforest safe products from the alliance's site. * The World Wide Fund for Nature works to protect the countless species in the Amazon and around the world. * Ecosia.org is a search engine that plants a tree for every 45 searches you run. * Explore Change.org petitions. A lawyer in Rio Branco has accumulated over 77,000 of his 150,000 signature goal to mobilize an investigation into the Amazonian fires. * Donate to Amazon Watch, an organization that protects the rainforest, defends indigenous rights and works to address climate change. * Donate to the Amazon Conservation Team, which works to fight climate change, protect the Amazon and empower indigenous peoples. * Amazon Conservation accepts donations (which can be tax deductible) and lists exactly what your money goes toward. You can help plant trees, sponsor education, protect habitats, buy a solar panel, preserve indigenous lands and more. * Contact your elected officials and make your voice heard. * And lastly switching to a vegetarian/vegan way of life can help tremendously. Lowering demand for meat lowers the demand to make more livestock, which helps by not clearing more land for more livestock.

#Repost @healthyhumanlife ・・・ 💔 Our hearts are completely broken over the fact that for over two weeks, the Amazon forest has been on fire, with absolutely no media coverage at all. ​ ​The Amazon rain forest is the largest in the world and produces 20% of earth’s oxygen. Currently, no one is doing anything to stop it, and we have to ask our governments to help stop this massive fire; the lungs of the world are in danger‼️‼️ ​. ​. ​. ​. ​#prayfortheamazon #spreadtheword #amazon #fire #brazil #rainforest #earth #cliamtechange #zerowaste #cliamteculture #climateaction #ecofriendly #breakfreefromplastic #supportthefuture #saveourplanet

Follow @thefoodbabe ・・・ Would you consider these fruit or candy? While it's always best to pack lunches from home, most packaged "fruit snacks" are not a good option. They are essentially candy, made with heat-treated fruit purees and concentrated juices, corn syrup, sugar, fake flavors, and artificial dyes. Swipe left for better options! Instead of "fruit snacks", try dried fruit instead. Look for brands that are organic and have only one ingredient: Fruit. Some brands I like are Peeled, Made In Nature, Sunfood, and Nativas. You can find them in natural food stores and online. Tag a friend who would like some back-to-school snack ideas!

If this doesn’t make you angry, check your pulse. As usual, industries willing to spend big on political contributions and lobbying get to write their own rules. You can make a difference by educating yourself and knowing who your money is supporting. #Repost @organicmamas ・・・ ☠️☠️☠️Detectable levels of a large number of environmental chemicals have been found in the cord blood of some newborns, raising concerns that North American children already carry toxins in their bodies at birth, a report says.🤬🤬🤬 The report by Environmental Defence suggests babies are exposed to chemicals in the womb because pollutants are so pervasive both in the environment and in widely used consumer products.😥😥😥 "This is evidence that our babies – who are extremely vulnerable – are being burdened with a toxic chemical load before they are born," said Maggie MacDonald, the organization's toxics program manager.🤕🤕🤕. Because a growing fetus is going through rapid cell division, exposure to chemicals is particularly worrisome, since some compounds mimic the effects of hormones that help drive development of the brain, organs and other tissues of the body, the group said. 👶👶👶 Environmental Defence tested the umbilical cord blood of anonymous newborns in Toronto and Hamilton, finding a total of 137 chemicals overall. The number of toxins in each baby's cord blood ranged from 55 to 121.☠️☠️☠️ Among them were flame retardants, PCBs, PFCs found in non-stick coatings and organochlorine pesticides.🤢🤢🤢 Many of the chemicals are linked to serious health conditions: 132 are reported to cause cancer in humans or animals; 110 are considered toxic to the brain and nervous system; and 133 cause developmental and reproductive problems in mammals, the group said.🤒🤒🤒 ✨✨✨✨✨✨✨✨✨✨✨✨✨✨✨✨✨✨✨✨✨ 🍃Follow @organicmamas 🍃Follow @organicmamasboutique #OrganicMamas #GMO #Monsanto #FakeFood #Toronto #Canada #Organic #NaturalRemedy #Health #WholeFoods #MomLife #LdnOnt #FoodIsMedicine #Mama #Baby #Vegan #Vegetarian #Hippie #Gaia #Boho #Food #Foodie #Pregnancy #Prego #Cancer #NewBorn #UmbilicalCord #Birth

Monsanto, the #agrochemical company that’s attained notoriety for its agricultural #pesticides and genetically modified organisms, reportedly worked overtime to discredit investigative journalists criticizing the company — and even paid the search giant Google to suppress the findings #CareyGillam, a journalist with #Reuters, was reporting on the health effects of Monsanto’s products a few years back. As part of a massive damage-control campaign, the company worked to discredit her work as much as possible, according to an investigation by The Guardian. Perhaps most troubling: the company reportedly paid Google to promote search results that questioned Gillam’s findings — a disturbing look into how readily the flow of online information can be manipulated As Gillam prepared to publish her 2017 book, “Whitewash: The Story of a Weed Killer, Cancer, and the Corruption of Science,” Monsanto went into overdrive, The Guardian reports. The company assembled a spreadsheet of 23 specific steps it would take to downplay Gillam’s key finding while promoting content claiming its chemicals were actually safe The spreadsheet shows how Monsanto planned to launch a new website full of their talking points and pay to make sure it popped up when people googled Gillam’s name Source: futurism.com #theboycottmovement #boycott #monsanto #google #boycottmonsanto #boycottgoogle #useduckduckgoinstead #webbrowser #duckduckgo #censorship #glyphosate #roundup #weedkiller #tbmnews

When big multi-national chemical/pharmaceutical corporations start funding “healthy alternative” food companies it should worry you... Don’t be fooled by the charade. #Repost @momsacrossamerica ・・・ Of course they do. One of Bayer's main funders, Tamasek, a hedge fund based in Singapore, that helped them buy Monsanto, also funds the Impossible Burger. And vaccines.🙄 #momsacrossamerica https://www.todayonline.com/world/bayer-sees-potential-future-business-plant-based-meat-market 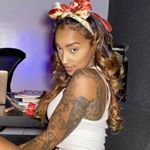 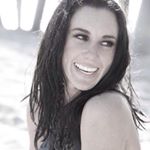 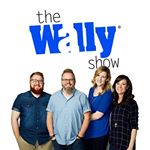 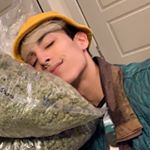 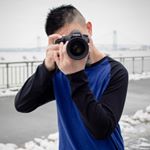 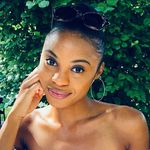 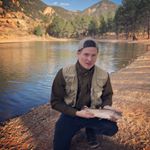 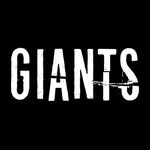 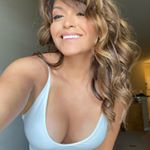 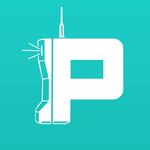 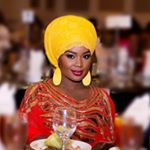 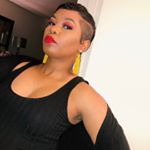 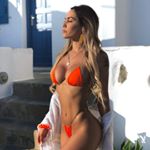 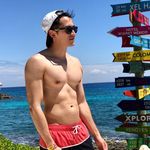