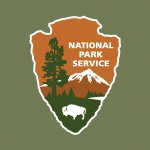 GENDER OF ENGAGERS FOR SANTAMONICAMOUNTAINSNPS

The California Newt is the largest native salamander species in the Santa Monica Mountains. Like most amphibians, newts spend part of their life history in the water (winter and spring) and the other part on land (summer and fall). . The California Newt is a stocky, medium-sized salamander with rough, grainy skin. Adults can vary in length from 2¾-3½ inches (snout to vent) and vary in color from yellowish-brown, reddish brown and dark brown above, pale yellow to orange below. Adults are toxic! 😱 Their skin secretes a potent neurotoxin tetrodoxin, the same toxin found in pufferfishes and harlequin frogs. . This salamander is endemic (meaning it lives nowhere else in the world) to California. . This little critter was found on the Grotto Trail, September 2020. Photo: NPS / Ana Beatriz Cholo . #santamonicamountains #salamander #salamandra #amphibian #Californianewt #newt #tritón #findyourpark #encuentratuparque

Feliz Hispanic Heritage Month! The last couple of weeks, we’ve been highlighting some of our Latinx park rangers and next week, we’re hosting a special virtual event in collaboration with El Pueblo de Los Angeles and the City of Los Angeles to celebrate. Join us for a "Conversation with the Latinx Women of Santa Monica Mountains" on Thursday, Oct. 15 at 5 p.m. on Facebook.(link in bio) . For instance, you will learn more about Iliana Espinoza (pictured here) and how she got into the National Park Service as a college student. . Her love for the outdoors began as a kid when she would go on weekly hikes to parks in Los Angeles with her parents. These experiences inspired her to find a job in the outdoors. . In 2015, Iliana hiked the entire Backbone Trail, a 67-mile thru-hike located in the Santa Monica Mountains. While completing the hike, she began to truly understand the importance of protecting this land. She also gained valuable outdoor skills and a passion for the local flora. Since then, she hikes every spring to learn more about wildflowers. . “I love to share my love for the outdoors and wildflowers with my community and I do that every chance I get. I know that not everyone can just easily head out to a national park. I believe that we can all enjoy nature closer to home.” . Photo: Anna Flores . #santamonicamountains #hispanicheritagemonth #encuentratuparque #findyourpark #corralcanyon

Five of the six largest wildfires in our state’s history have started in the past two months and in our region, we are just at the beginning of the heightened fire season. 🔥 🔥 🔥 . If you’re concerned about where you live and want to be proactive about improving the resilience of your home and what you can do to prepare for wildfires, check out ‪www.defensiblespace.org‬ for tips (link in bio). Santa Monica Mountains National Recreation Area, a unit of the National Park Service, is part of a coalition of national, state and local agencies, fire departments, researchers and nonprofits that collaborated to create this handy resource for residents and homeowners.   . The really cool interactive feature allows users to understand exactly how your home fits within different local habitat types - oak woodland, coastal sage scrub or chaparral. Just plug in your home address and explore past fires that occurred in your area as well as the jurisdiction and protection plans established for your particular community.   . The project is led by the Resource Conservation District of the Santa Monica Mountains (@rcdsmm) and funded by CALFIRE (@calfire). . Photo: Peter Buschmann. The Woolsey Fire seen from Topanga, California, November 2018. . #santamonicamountains #wildfire #woolseyfire #resilience #defensiblespace #nativeplants #fire #cawildfire

This summer, biologists from the National Park Service at Santa Monica Mountains National Recreation Area and the California Department of Fish and Wildlife (CDFW) attempted to foster two orphaned mountain lion kittens and keep them in the wild. 🐱 🐱 . Fostering involves getting a wild mountain lion mother to "adopt" the orphaned animals and care for them as her own.   . They believe this marks the first time such an experiment has been tried with this species. While the foster attempt was not successful, scientists say it was a worthwhile undertaking to try and keep two wild animals in their natural habitat and to learn more about mountain lion behavior. They were temporarily housed at the Los Angeles Zoo. . Today, the kittens are thriving in their forever home – the Southwest Wildlife Conservation Center, a sanctuary in Scottsdale, Arizona. To read the entire press release, click on the link in the bio. . The kittens, female P-91 and male P-92 were discovered ‪on July 7‬ in the Simi Hills, south of Simi Valley, while their mom, P-67, was away from the den. Later that day, she was found deceased. 😢 . The necropsy found that P-67 had no food in her stomach and was relatively thin. She had evidence of intestinal disease, known as necrotizing enteritis. She had also been exposed to five different anticoagulant rodenticide compounds and to bromethalin, not an anticoagulant but a highly potent rodenticide that provides a lethal dose to rodents in a single feeding. . As for the kittens now, they are inseparable and a great comfort to each other.  . The kittens’ new “next-door neighbor” will be 15-year-old ‘Tocho’, the sanctuary’s most prominent mountain lion - and the last mountain lion raised from a kitten there. If they all get along, they will eventually share his large enclosure.  . In Arizona, the lions will serve as ambassadors for the Santa Monica Mountains mountain lion population and their species.  . Photos: courtesy of the Los Angeles Zoo and the Southwest Wildlife Conservation Center. . #santamonicamountains #mountainlions #mountainlion #mountainlionkitten #puma #cougar #research #fosterkittens

Last year, it was #pizzasquirrel. Allow us to now introduce you to #tortillasquirrel (2nd pic)! From the Santa Monica Mountains to our local parks and open spaces, local wildlife is living it up! 🐿🦅🦌🦁 . National Public Lands Day is ‪tomorrow, September 26th‬ and we’re asking you to put on your community scientist hat to support our “Wildlife of Los Angeles Project,” a research project to document wildlife in one of the densest and most populated cities in the world. . Fortunately for us, we've captured many of them in action through one of our camera projects, UWIN (Urban Wildlife Information Network). . But we need your help! The photos need identification and you can actually contribute and support National Public Lands Day while staying safe in your own home. . You don’t need a scientific background or degree, but you do need access to the internet, time, and attention to detail. Log onto Zooniverse (link in bio). You can start looking through photos and 'tagging' wildlife to better inform our scientists. . Don’t worry, the website has plenty of guidance on identification and tagging. We’ve got thousands of critter photos that need to be tagged, so pull up a chair and help us out! . This is real research that is shared with organizations and institutions across the country so that we may all have a better understanding of how to live alongside wildlife. Happy National Public Lands Day and happy photo tagging! . #santamonicamountains #npld #nationalpubliclandsday #tortillasquirrel #pizzasquirrel #volunteer #research #recreateresponsibly

We want to thank and recognize all the wildland firefighters and first responders battling the devastating wildfires and working hard to save lives in California, Oregon and Washington. We also want to express our condolences to the firefighter who was killed yesterday in the El Dorado Fire in San Bernardino County. . Our very own fire engine crew, Santa Monica Mountains National Recreation Area Engine 73, is currently responding to the Bobcat Fire in Los Angeles County. . Photos: NPS / Nathan Galster. Squad leader Shane Dyer and other members of the crew at the scene of the Dolan Fire (in the Monterey District of the Los Padres National Forest) where the crew worked from August 19 to September 2.   . #santamonicamountains #fire #wildlandfirefighter #wildlandfire #firstresponders

We know it's New York Fashion Week, but out here on the West Coast, soft muted colors is the ✨vibe✨ this fall.⠀ ⠀ Give it up to the Santa Monica Mountains! These landforms really know how to show up with color inspiration, don’t they? These views will be serving looks (literally) all season long. From their very light purple mountain majesty silhouettes, to the fabulous sandy orange and sage green combo that we are all obsessed with.⠀ ⠀ In what ways will you incorporate these colors into your wardrobe this fall?⠀ ⠀ Photo: NPS / Luis Jimenez⠀ ⠀ #NPSColorForecasting #SantaMonicaMountains #FindYourPark #EncuentraTuParque⠀

Today, along with millions of others, we stop to remember and reflect on the tragic events of September 11, 2001. . Four aircraft strikes killed nearly 3,000 people, the deadliest terror attack on American soil. . We will never forget or stop being inspired by the numerous stories of courage and heroism. . Of first responders saving lives and many perishing. . Of the passengers and crew of Flight 93 fighting back against terrorists and saving countless lives in our nation’s capitol. . Never forget. . Photo: Anna Flores . #santamonicamountains #September11 #neverforget #heroes

Hey y’all, read on. This is BIG news!! . Our biologists have captured a subadult mountain lion with reproductive and tail defects. This marks the first time we’re seeing abnormalities linked to inbreeding depression in mountain lions! 😳 . P-81’s kinked tail is shaped like the letter “L” and he has only one descended testicle.   . “This is something we hoped to never see,” said wildlife biologist Jeff Sikich. “We knew that genetic diversity was low here, but this is the first time we have actually seen physical evidence of it. This grave discovery underscores the need for measures to better support this population.”  . Scientists have been studying the mountain lion population for 18 years in the Santa Monica Mountains and surrounding region. . This evidence of potential inbreeding depression, as opposed to just low genetic diversity, makes the case for building a proposed wildlife crossing even more urgent. The bridge will connect populations of wildlife south of the 101 Freeway to those in other natural areas to the north in the Simi Hills, the Santa Susana Mountains, and ultimately in Los Padres National Forest. . To learn more about this important discovery, read the press release (link in bio). . Photos: NPS / Jeff Sikich . #santamonicamountains #inbreeding #mountainlion #puma #cougar #geneticdiversity #science #biology #findyourpark #encuentratuparque

*Update: A young male in his early 20s was discovered deceased in the area of Sandstone Peak this morning. Rangers responded and a suicide note was discovered. County officials are notifying next of kin. We offer our deepest condolences to the family of the deceased. If you or someone you love is having suicidal thoughts, call: 1-800-273-TALK (8255). National Park Service rangers are responding to an incident in the Sandstone Peak/Mishe Mokwa area and both trails are currently closed. Although there is no active safety threat, we are asking visitors to please stay away from the area. Photo: NPS / Ana Beatriz Cholo. . #santamonicamountains #sandstonepeak #mishemokwa #circlex #findyourpark #encuentratuparque #safety 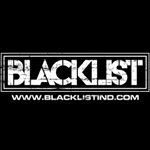 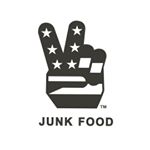 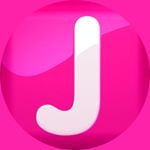 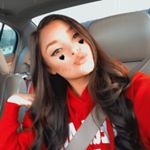 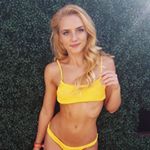 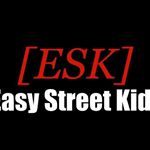 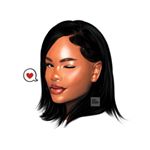 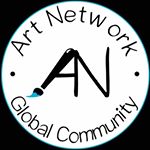 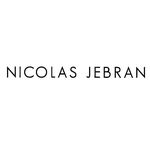 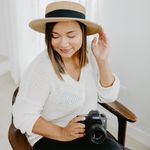 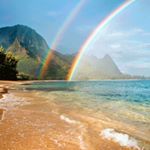 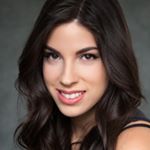 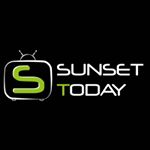 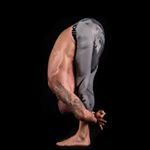 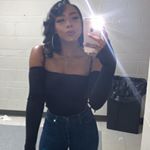