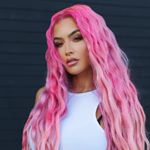 GENDER OF ENGAGERS FOR NATALIEEVAMARIE

🙏🏼𝑻𝒐𝒅𝒂𝒚’𝒔 𝑯𝑬𝑹𝑶 𝑾𝑶𝑫🙏🏼 - You guys already know Sundays are our most important workout of the week🙏🏼🇺🇸 @nemfit - Every Sunday is a “𝙃𝙀𝙍𝙊 𝙒𝙊𝙍𝙆𝙊𝙐𝙏” dedicated to a fallen first responder or member of the military who has died in the line of duty. Some of the hero metcons are “official” CrossFit Hero WODs (meaning they have appeared on the CrossFit Main Site) today’s HERO WOD... -⏰ For Time ⏰ - “ZACHARY TELLIER” - ✅ 10 Burpees ✅10 Burpees ✅25 Push-Ups ✅10 Burpees ✅25 Push-Ups ✅50 Lunges ✅10 Burpees ✅25 Push-Ups ✅50 Lunges ✅100 Sit-Ups ✅10 Burpees ✅25 Push-Ups ✅50 Lunges ✅100 Sit-Ups ✅150 Air Squats ⏰ *Goal time: Sub 40 min ⏰ - 🙏🏼🇺🇸Background: This Hero WOD honors Sgt. Zachary D. Tellier, 31, of Charlotte was a combat infantryman with the 4th Squadron, 73rd Cavalry Regiment, 4th Brigade Combat Team, at Fort Bragg. He died Sept. 29, 2007 of wounds sustained while on a ground patrol in Afghanistan. - The previous April, Tellier’s unit was conducting a mounted patrol when one of its vehicles drove over and detonated a bomb, which set the vehicle on fire, according to a statement from the 82nd Airborne. - Tellier pulled two paratroopers out of the vehicle to safety, suffering severe burns to his hands. He was awarded the Bronze Star Medal with valor for his actions. After he was burned, Tellier jumped up in the turret to return fire, said Sgt. Michael Layton, a member of Tellier’s unit. A lieutenant made Tellier get out of the vehicle because of his injuries, Layton said. “Zachary Tellier has to be the biggest hero I’ve ever known or heard of, not just because of what he did, but because of his personality,” Layton said. “He came in the Army because he wanted to be around soldiers and serve his country, and he paid the ultimate sacrifice.” - Tellier is survived by his wife, Sara Tellier of Atlanta, Ga.; his father, David W. Tellier of Groton, Mass.; and his mother, Pamela Rodriguez, of Falmouth, Mass. - 💗⭐️P.S. EARLYBIRD SALE ENDS TONiGHT- 20% off our 𝐍𝐄𝐖 𝐂𝐀𝐑𝐁 𝐂𝐘𝐂𝐋𝐈𝐍𝐆 𝐂𝐇𝐀𝐋𝐋𝐄𝐍𝐆𝐄 starts 𝐎𝐂𝐓𝐎𝐁𝐄𝐑 𝟐𝟔𝐭𝐡! @nemfit NO CODE NEEDED ⭐️ - 👩🏻‍🎤OUTFIT: @ryderwear 💸𝘜𝘚𝘌 𝘔𝘠 𝘊𝘖𝘋𝘌: 𝘕𝘈𝘛𝘈𝘓𝘐𝘌10 for 10%𝘰ff

Hey #NEMFITFAM!  𝐖𝐄 𝐊𝐈𝐂𝐊 𝐎𝐅𝐅 𝐀 𝐍𝐄𝐖 𝐂𝐀𝐑𝐁 𝐂𝐘𝐂𝐋𝐈𝐍𝐆 𝐂𝐇𝐀𝐋𝐋𝐄𝐍𝐆𝐄 𝐎𝐂𝐓𝐎𝐁𝐄𝐑 𝟐𝟔𝐭𝐡! @nemfit This time of year - don't let the trick-or-treats sneak up on you. 🎃🍬 Do you feel like it's a daily struggle of will power not to give into cravings and “cheat"?  🤫Here's a secret...you don't have to feel 𝙃𝘼𝙉𝙂𝙍𝙔 to get results for the body you've always dreamed of.  It's doesn't have to be scary! 👻 You really CAN enjoy your nutrition lifestyle while reaching your goals.  ⁣⁣⁣⁣❌ You don’t have to yo-yo diet like I use to. ⁣⁣⁣⁣❌ ⁣⁣⁣⁣You don’t have to eat boring, 'perfect' meals every day. ⁣⁣⁣⁣⁣⁣⁣ ❌ You don’t have to even work out all the time if you don't want to or you simply can't. But, where do you start? What are your goals? The GOOD news is that ANYONE can benefit from Carb Cycling whether you're looking to lose, gain, or maintain, or if you have dietary restrictions. We'll teach you exactly what to do   Join our 30-Day Carb Cycling Challenge TODAY! Lessssgooooo #NEMFITFAM! EARLYBIRDS GET 20% OFF! FOR A LIMITED TIME NOW THROUGH 10/11! No code needed!  You're not going to want to miss out on this amazing challenge and our supportive community, so head over to my site and CHECK 👏IT👏OUT!

𝑩𝑶𝑶𝑻𝒀 𝑩𝑼𝑰𝑳𝑫𝑬𝑹🍑🔥 WORKOUT! LIKE + SAVE #NEMFITFAM!! - This is a sample workout from our brand new 𝑩𝑶𝑶𝑻𝒀 𝑩𝑼𝑰𝑳𝑫𝑬𝑹 program. This is a 6 week program available now on my website 📲 𝐍𝐚𝐭𝐚𝐥𝐢𝐞𝐄𝐯𝐚𝐌𝐚𝐫𝐢𝐞.𝐜𝐨𝐦 - Includes 🎥 instructional videos on how to correctly execute each movement in the program so that everyone knows what movements they are doing, how to do them, and WHY they are important to building that perfect 🍑 with the goal to build an hourglass bikini body shape! 👙⌛️ - 🔥No Gym Needed! Whether you have access to a gym or not, you can do Our 6-Week 𝑩𝑶𝑶𝑻𝒀 𝑩𝑼𝑰𝑳𝑫𝑬𝑹 program in the comfort of your own home 🍑 - ⚡️ 𝐀𝐥𝐥 𝐲𝐨𝐮 𝐧𝐞𝐞𝐝 𝐢𝐬 𝐚 𝐛𝐨𝐨𝐭𝐲 𝐛𝐚𝐧𝐝 ( 𝐢𝐟 𝐲𝐨𝐮 𝐝𝐨𝐧’𝐭 𝐚𝐥𝐫𝐞𝐚𝐝𝐲 𝐡𝐚𝐯𝐞 𝐨𝐧𝐞 𝐲𝐨𝐮 𝐜𝐚𝐧 𝐬𝐧𝐚𝐠 𝐦𝐲 𝐍𝐄𝐌𝐟𝐢𝐭 𝐨𝐧𝐞𝐬 ). 𝐋𝐢𝐧𝐤 𝐢𝐧 𝐛𝐢𝐨 ⬆️ - SUPERSET Move from exercise 1 to exercise 2 immediately, then rest for 90sec before going back to exercise 1. Repeat for 3 total rounds. - 1. Split Squat Optional weight (10-12 reps each leg) 2. Banded Hip Thrust Optional weight on hips 10-12 reps - BAND CIRCUIT Move through each exercise 1-3 with- out rest; then rest for 90seconds be- fore starting back at exercise 1. Re- peat for 3 total rounds. - 1. Banded seated hip abductions 20-30 reps 2. Banded donkey kicks 20-30 reps 3. Banded frog pump 0-30 reps - 🔥 BURNOUT: Pop Squats: AMRAP for 30s ON / 30s OFF. Repeat for 3 total rounds - 👩🏻‍🎤 OUTFIT: @ryderwear 💸𝘜𝘚𝘌 𝘔𝘠 𝘊𝘖𝘋𝘌: 𝘕𝘈𝘛𝘈𝘓𝘐𝘌10 for 10%𝘰𝘧𝘧 #𝘕𝘌𝘔𝘍𝘈𝘔 , 𝘐 𝘸𝘦𝘢𝘳 𝘢 𝘚 𝘵𝘰𝘱 𝘢𝘯𝘥 𝘟𝘚 𝘣𝘰𝘵𝘵𝘰𝘮! - 🎙 The Joe Rogan Experience with his guest Tim Kennedy TRAIN LIKE ME. 👇🏼 - Link in my bio @natalieevamarie 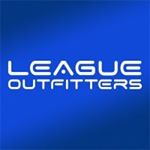 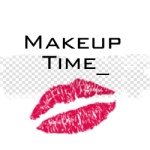 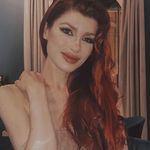 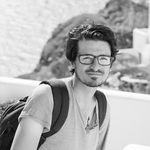 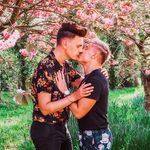 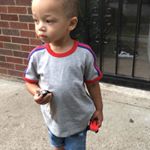 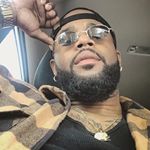 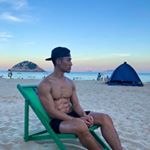 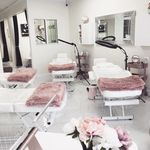 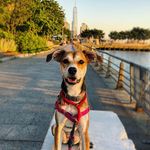 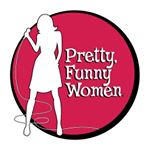 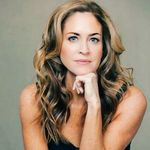 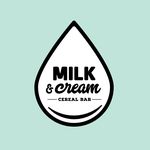 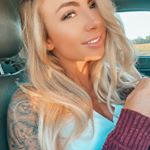 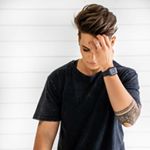