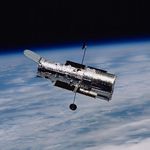 GENDER OF ENGAGERS FOR NASAHUBBLE

#HubbleFriday This image from Hubble shows the galaxy Messier 86. Despite its being discovered over 235 years ago by astronomer Charles Messier, the morphological classification of Messier 86 remains unclear; astronomers are still debating over whether it is elliptical or lenticular (the latter being a cross between an elliptical and spiral galaxy). Messier 86 is part of the Virgo Cluster of galaxies and is situated about 50 million light-years from Earth. The galaxy is moving through space remarkably quickly — its current trajectory is bringing it in our direction, back towards the center of its cluster from the far side, at the incredible speed of over 543,000 mph! Because of the speed with which it is moving through the cluster, Messier 86 is undergoing a process known as ram-pressure stripping. The resistive material filling the gaps between individual cluster galaxies is pulling at the gas and dust in Messier 86 and stripping them out as the galaxy moves, creating a long trail of hot gas that is emitting X-ray radiation. Astronomers are using Hubble observations such as this to study elliptical and lenticular galaxies, both of which are often found at the centers of galaxy clusters. By studying the cores of these galaxies, astronomers hope to determine details of the central structure and to analyze both the history of the galaxy and the formation of its core. For more information, follow the link in our bio. Text credit: ESA (European Space Agency) Image credit: ESA/Hubble & NASA, P. Cote et al. #NASA #Hubble #space #science #astronomy #universe #telescope #cosmos #galaxy #m86 #messier #friday

Did you know that a black hole lurks deep within this #HubbleClassic image of globular cluster M15? The swarm of stars is home to an intermediate-mass black hole, which is a rare type. Supermassive black holes are found at the center of galaxies and can be billions of times more massive than the Sun. More diminutive “stellar” black holes, on the other hand, are on the order of 10 solar masses. The black hole thought to exist at the center of M15, however, is 4,000 times the mass of the Sun. For more information on Hubble, follow the link in our bio. Credit: NASA, ESA #blackholeweek #NASA #Hubble #space #science #astronomy #universe #telescope #cosmos #M15 #Messier #blackhole

#HubbleFriday Many of the best-loved galaxies in the cosmos are remarkably large, close, massive, bright, or beautiful, often with an unusual or intriguing structure or history. However, it takes all kinds to make a universe — as demonstrated by this Hubble image of Messier 110. Messier 110 may not look like much, but it is a fascinating near neighbor of our home galaxy, and an unusual example of its type. It is a member of the Local Group, a gathering of galaxies comprising the Milky Way and a number of the galaxies closest to it. Specifically, Messier 110 is one of the many satellite galaxies encircling the Andromeda galaxy, the nearest major galaxy to our own, and is classified as a dwarf elliptical galaxy, meaning that it has a smooth and almost featureless structure. Elliptical galaxies lack arms and notable pockets of star formation — both characteristic features of spiral galaxies. Dwarf ellipticals are quite common in groups and clusters of galaxies, and are often satellites of larger galaxies. Because they lack stellar nurseries and contain mostly old stars, elliptical galaxies are often considered “dead” when compared to their spiral relatives. However, astronomers have spotted signs of a population of young, blue stars at the center of Messier 110 — hinting that it may not be so dead after all. For more information, follow the link in our bio. Text credit: ESA (European Space Agency) Image credit: ESA/Hubble & NASA, L. Ferrarese et al. #NASA #Hubble #space #science #astronomy #universe #telescope #cosmos #messier #m110 #galaxy #localgroup

#OTD 20 years ago, Hubble captured this #HubbleClassic image showing the eerie, wispy tendrils of an interstellar cloud being destroyed by the star Merope, one of the brightest members in the Pleiades cluster (also known as the "Seven Sisters"). In this image, Merope itself is just outside the frame to the upper right. The colorful rays of light at the upper right, pointing back to the star, are an optical phenomenon produced within the telescope. However, the remarkable parallel wisps extending from lower left to upper right are real features, revealed for the first time through Hubble's high-resolution imaging capability. For more information on Hubble, follow the link in our bio. Credit: NASA and the Hubble Heritage Team (STScI/AURA) Acknowledgment: George Herbig and Theodore Simon (Institute for Astronomy, University of Hawaii) #NASA #Hubble #space #science #astronomy #universe #telescope #cosmos #pleiades #merope #star

#HubbleFriday This image, taken with Hubble, focuses on an object named UGC 695, which is located 30 million light-years away within the constellation Cetus, also known as the Whale. A bounty of diverse background galaxies is also visible in this image. UGC 695 is a low-surface-brightness (LSB) galaxy. These galaxies are so faint that their brightness is less than the background brightness of Earth’s atmosphere, which makes them tricky to observe. This low brightness is the result of the relatively small number of stars within them — most of the normal, or “baryonic,” matter in these galaxies exists in the form of huge clouds of gas and dust. The stars are also distributed over a relatively large area. LSB galaxies, like dwarf galaxies, have a high fraction of dark matter relative to the number of stars they contain. Astronomers still debate about how LSB galaxies formed in the first place. For more information, follow the link in our bio. Text credit: ESA (European Space Agency) Image credit: ESA/Hubble & NASA, D. Calzetti #NASA #Hubble #space #science #astronomy #universe #telescope #cosmos #Friday #galaxy #brightness #dim

#HubbleClassic #OTD in 2013, Hubble captured this picture of a strange asteroid called P/2013 P5, discovering that it had six comet-like tails. When Hubble viewed the asteroid again on September 23, 2013, the asteroid's appearance had totally changed. It looked as if the entire structure had swung around. One interpretation is that the asteroid's rotation rate was increased to the point where dust was falling off the surface and escaping into space, where the pressure of sunlight swept out finger-like tails. According to this theory, the asteroid's spin was accelerated by the gentle push of sunlight. The object, estimated to be no more than 1,400 feet across, had ejected dust for at least five months, based on analysis of the tail structure. For more information on Hubble, follow the link in our bio. Credit: NASA, ESA, D. Jewitt (University of California, Los Angeles), J. Agarwal (Max Planck Institute for Solar System Research), H. Weaver (Johns Hopkins University Applied Physics Laboratory), M. Mutchler (STScI), and S. Larson (University of Arizona) #NASA #Hubble #space #science #astronomy #universe #telescope #cosmos #asteroid #tail #comet

Like batches of cookies, stars are born together in groups. These star clusters, containing as many as 1 million members, evolve over time largely through a gravitational pinball where more massive stars are segregated from lower mass stars. Heavy stars tend to progressively sink toward the central region of the star cluster, while low-mass stars can escape from the system. For the first time, Hubble has been used to measure the effects of this dynamical aging on star clusters. They are all located 160,000 light-years from Earth in a satellite galaxy, the Large Magellanic Cloud (LMC). The diminutive galaxy is an ideal target because it hosts a selection of easily observed star clusters covering a wide range of ages. Francesco Ferraro of the University of Bologna in Italy and his team used Hubble to observe five aging LMC star clusters — all born at about the same time but with different sizes — and succeeded in ranking them in terms of the level of dynamical evolution, which affects their shape. For more information, follow the link in our bio. Credits- Image: NASA and ESA Science: NASA, ESA, and F. Ferraro (University of Bologna, Italy) #NASA #Hubble #space #science #astronomy #universe #telescope #cosmos #ESA #LMC #starcluster #star

#HubbleFriday This image from the NASA/ESA Hubble Space Telescope shows a dwarf galaxy named UGC 685. Such galaxies are small and contain just a tiny fraction of the number of stars in a galaxy like the Milky Way. Dwarf galaxies often show a hazy structure, an ill-defined shape, and an appearance somewhat akin to a swarm or cloud of stars — and UGC 685 is no exception to this. Classified as an SAm galaxy — a type of unbarred spiral galaxy — it is located about 15 million light-years from Earth. These data were gathered under Hubble’s LEGUS (Legacy ExtraGalactic UV Survey) program, the sharpest and most comprehensive ultraviolet survey of star-forming galaxies in the nearby universe. LEGUS is imaging 50 spiral and dwarf galaxies in our cosmic neighborhood in multiple colors using Hubble’s Wide Field Camera 3. The survey is picking apart the structures of these galaxies and resolving their constituent stars, clusters, groups and other stellar associations. Star formation plays a huge role in shaping its host galaxy. By exploring these targets in detail via both new observations and archival Hubble data, LEGUS will shed light on how stars form and cluster together, how these clusters evolve, how a star’s formation affects its surroundings, and how stars explode at the end of their lives. For more information, follow the link in our bio. Text credit: ESA (European Space Agency) Image credit: ESA/Hubble & NASA; the LEGUS team, B. Tully, D. Calzetti; Acknowledgment: Judy Schmidt (Geckzilla) #NASA #Hubble #space #science #astronomy #galaxy #universe #telescope #cosmos #DwarfGalaxy #SpiralGalaxy 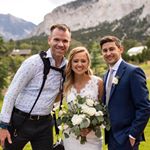 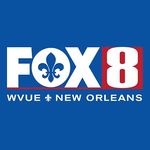 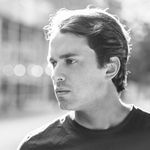 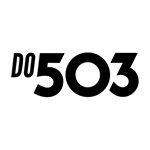 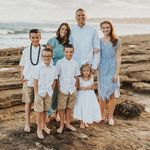 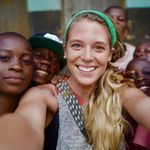 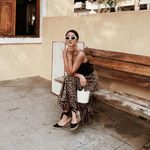 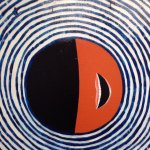 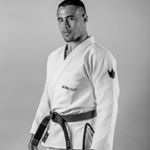 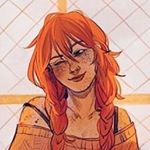 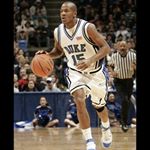 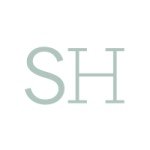