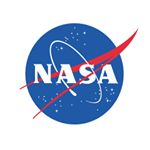 GENDER OF ENGAGERS FOR NASA

Each year, Saturn's moon Titan drifts a little farther away from its planet. ⁣ ⁣ How far does it drift? About 4 inches (11 cm) per year. As a moon orbits, its gravity pulls on the planet, causing a temporary bulge in the planet as it passes.⁣ Over time, the energy created transfers from the planet to the moon, nudging it farther and farther out. ⁣ The discovery was made using data from our @NASASolarSystem Cassini mission to Saturn, which ended in 2017. While scientists know that Saturn formed 4.6 billion years ago in the early days of the solar system, there's more uncertainty about when the planet's rings and its system of more than 80 moons formed. ⁣ ⁣ The revised rate of its drift suggests that the moon started out much closer to Saturn, which would mean the whole system expanded more quickly than previously believed. Click the link in bio for more. ⁣ ⁣ Image Credit: NASA/JPL-Caltech/Space Science Institute⁣ ⁣ #SolarSystem #Saturn #Titan #Astronomy #NASA #Cassini

With two @nasaastronauts aboard, the @spacex Dragon Endeavour spacecraft approaches the International Space Station on May 31. Part of southwestern Turkey — including the coastal city of Demre — can be seen in the background. ⁣ ⁣ The Dragon lifted off on Sat., May 30, aboard a Falcon 9 rocket from our Kennedy Space Center in Florida, the first launch of astronauts from American soil since the end of the Space Shuttle Program in 2011. During the journey to the station, astronauts Bob Behnken and Doug Hurley (@astro.doug) revealed that they had named their spacecraft Endeavour as a tribute to the first space shuttle that both astronauts had flown aboard.⁣ ⁣ Dragon Endeavour docked successfully about 19 hours after reaching orbit. It arrived at the space station’s Harmony port while both were about 262 miles (422 km) above the northern border of China and Mongolia. ⁣ ⁣ Image Credit: NASA⁣ Caption: Adam Voiland and Michael Carlowicz⁣ ⁣ #nasa #spacex #dragon #launchamerica #spaceship #turkey

🚀 We did it, @spacex.⁣ ⁣⁣ ⁣ For the first time in history, NASA astronauts have launched from American soil in a commercially built and operated American crew spacecraft on its way to the International Space Station (@iss). The SpaceX Crew Dragon spacecraft carrying NASA astronauts Robert Behnken and Douglas Hurley (@astro.doug) lifted off at 3:22 p.m. EDT Saturday, May 30 on the Falcon 9 rocket from Launch Complex 39A at our Kennedy Space Center in Florida.⁣⁣ ⁣⁣ The Crew Dragon is scheduled to dock to the space station at 10:29 a.m. Sunday, May 31. After successfully docking, Behnken and Hurley will be welcomed aboard, where they will become members of the Expedition 63 crew, which currently includes NASA astronaut Chris Cassidy (@astro_seal).⁣ ⁣ ⁣ Photos 1, 3 Credit: NASA/Bill Ingalls⁣ Photos 2, 4 Credit: NASA/Joel Kowsky⁣ ⁣ (The first image in this set is a false color infrared exposure of liftoff.) ⁣ ⁣ #nasa #spacex #launch #crewdragon #spacecraft #liftoff #launchamerica

Welcome to Launch Day, Take 2 — 🎬 🚀⠀ ⠀ Watch history unfold as we launch astronauts @astro.doug and astronaut #BobBehnken to the @iss. This @spacex #CrewDragon test flight is the first time since the retirement of the space shuttle in 2011 that humans will fly to the space station from American soil.⠀ ⠀ The mission's first launch attempt was scrubbed due to weather conditions, but #LaunchAmerica is just getting started. Our global watch party continues today, May 30. Join us starting at 11am EDT (3pm UTC) for live coverage on nasa.gov. Liftoff is on for 3:22pm EDT (7:22pm UTC). We’re ready.⠀ ⠀ Image 1 Credit: SpaceX, Image 2-5 Credit: NASA

Space is hard. You've probably heard this before.⁣⁣⁣ ⁣⁣⁣ And it rings true today. Earlier this afternoon, weather scrubbed our @SpaceX launch to the @iss. @astro.doug and astronaut #BobBehnken were strapped into their Crew Dragon spacecraft when ground teams called off the 4:33pm ET launch due to inclement weather brought on by Tropical Storm Bertha off the southeastern U.S. coast. The Falcon 9 rocket is healthy, but we want to get it right. Safety is paramount.⁣⁣⁣ ⁣⁣⁣ Join us for our next launch attempt on Saturday, May 30, at 3:22pm ET (7:22pm UTC). Our live coverage starts at 11am ET (3pm UTC) on nasa.gov. As part of our Commercial Crew Program, the liftoff will mark the first time in nearly a decade that @nasaastronauts launch on a brand new spacecraft from U.S. soil. We're ready.⁣⁣⁣ ⁣⁣⁣ Let's light this candle. 🚀⁣⁣⁣ ⁣ 📸: NASA/Joel Kowsky⁣⁣ ⁣ #launchamerica #letsdothis #spacex #nasa #rocket #space

🌅 Every sunset brings the promise of a new dawn.⁣⁣ ⁣⁣ A new era of space exploration begins on May 27. Nine years after the final space shuttle mission, we’re once again launching astronauts from U.S. soil. On board the Crew Dragon spacecraft that sits atop the @SpaceX Falcon 9 rocket are veteran astronauts @astro.behnken and @astro.doug. But the crew alone won’t fill the crew cabin. Flying with them are the dreams of everybody who ever dared to explore. They are the dreams of the generations that saw 12 humans walk on the Moon. They are the dreams of young boys and girls who will watch a woman take that first step on the Moon in 2024 under our Artemis program. ⁣⁣ ⁣⁣ May 27 will be noted as yet another day in history when people can say, “I remember what I was doing that day.” How will you watch history tomorrow? Show us by tagging @nasa in your posts and using the hashtag #LaunchAmerica. You might just make it onto our broadcast.⁣⁣ Live NASA TV coverage starts at 12:15pm ET (4:15pm UTC) at nasa.gov/live. ⁣⁣ Remember: the future is bright because you're in it. ✨⁣⁣ ⁣ 📸: NASA/Bill Ingalls⁣ ⁣ #hope #spacex #nasa #rocket #sunset #photooftheday⁣

✨ Today in galactic arts and crafts: deep space glitter! ✨ ⁣ ⁣ @NASAHubble spotted this irregular galaxy in a vast region of empty space that's at least 150 million light-years across. Galaxy KK 246 is the only one known for certain to reside in this enormous volume, along with 15 others that have been tentatively identified.⁣ ⁣ Image Credit: ESA/Hubble & NASA, E. Shaya, L. Rizzi, B. Tully, et al.⁣ ⁣ #hubble #nasa #galaxy #glitter #universe

The @spacex Crew Dragon spacecraft and Falcon 9 rocket are at the launchpad. Next week: a new era of human spaceflight begins. 🚀🇺🇸⁣ ⁣ Two @nasaastronauts, Robert Behnken and Douglas Hurley (@astro.doug) will be the first to fly aboard the Crew Dragon. This mission, targeted for liftoff Wednesday, May 27 at 4:33 p.m. EDT from Launch Complex 39A at Kennedy Space Center, will serve as an end-to-end demonstration of SpaceX’s crew transportation system. Our astronauts will once again launch on an American rocket from American soil to the International Space Station, for the first time since the conclusion of the Space Shuttle Program in 2011. ⁣ ⁣ Image Credit: NASA/Bill Ingalls⁣ ⁣ #rocket #spacecraft #nasa #spacex #launchamerica

They’re ready. Are you?⁣ ⁣ Today #LaunchAmerica astronauts Robert Behnken and @astro.doug arrived at @nasakennedy in Florida to start final preparations for liftoff. On May 27, they’ll make history in the first launch of American astronauts from American soil in nearly a decade. Click the link in bio to learn more.

Look into the constellation Libra through the eyes of @NASAHubble...⁣ ⁣ Our Hubble Space Telescope captured this image of spiral galaxy NGC 5861, located in the constellation, approximately 85 million light-years away from Earth.⁣ ⁣ NGC 5861 is an intermediate spiral galaxy, with a shape in between that of a barred spiral galaxy (one that appears to have a central bar-shaped structure) and that of an unbarred spiral galaxy (one without a central bar). Two supernovae, SN 1971D and SN 2017erp, have been observed in the galaxy. ⁣ ⁣ Image credit: ESA/Hubble & NASA, A. Riess et al.⁣ ⁣ #galaxy #spacephotos #universe #hubble #nasa #spiralgalaxy

Can you guess what planet is home to this multicolored terrain? This enhanced-color image shows rocky material thrown out of an impact crater when it was made. The impact broke up already diverse rock types and mixed them together to create this wild jumble of colors, each representing a different type of rock. Image Credit: NASA/JPL-Caltech/University of Arizona #nasa #space #solarsystem #spaceexploration 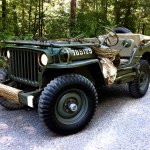 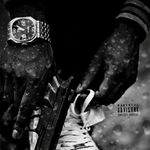 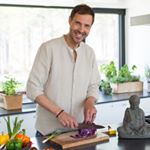 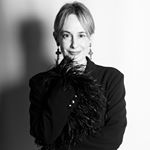 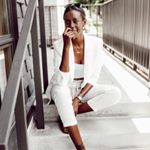 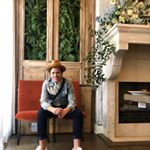 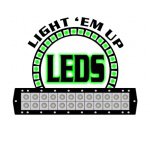 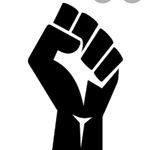 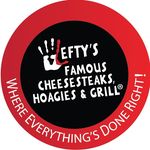 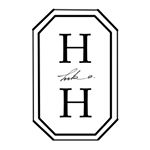 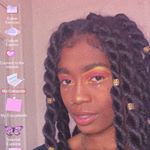 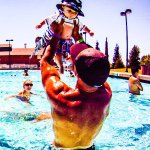