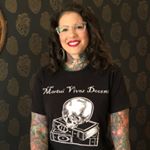 GENDER OF ENGAGERS FOR MRS_ANGEMI

This is the progression of a localized tissue reaction to a bee sting. This patient has 2 bee hives and she was cleaning one of the hives. She walked about 10 feet away and took her veil off. A bee went right for her eye! She was stung right below her right eyebrow. 🐝You can see over the course of 12 days how the swelling progressed. The sting was localized to her face. She did not have any difficult breathing or rashes elsewhere on her body. She has been stung several other times with little to no reaction. Photo: @jess_from_bigjontv

These are so cute!!! Check out these badge holders by @badgeblooms ❤️🧠💀

💀Forensic Friday💀 I know it’s Halloween time, but tonight we are going to talk about a movie called A Christmas Story and a famous quote from the movie: “you’ll shoot your eye out!”🎄For those of you not familiar with the movie, a kid in the movie really wants a BB gun for Christmas and everyone he tells warns him he will shoot his eye out. Many people do not realize this, but BB guns can kill a person. High-velocity BB guns, which have muzzle velocities higher than 350 feet per second, can increase this risk. The U.S. Consumer Product Safety Commission has reports of 4 deaths per year caused by BB guns or pellet rifles. Last year, The American Academy of Pediatrics did a study that determined that overall BB injuries are declining since 1990, but eye injuries from BB and pellet guns is up. The data showed an estimated 13,486 children each year are treated in an emergency department for injuries from a nonpowder firearm, including BB, pellet, paintball and airsoft guns. BB guns account for 80% of these injuries. This patient is a 24 year old female who was shooting a BB gun with her boyfriend in her garage. She wasn’t feeling well so she went inside to lay on her couch and fell asleep. The boyfriend came in with his BB gun and thought it wasn’t loaded. He wanted to scare her with the sound of the CO2. She sat up to see who came in and that’s when he shot her in the face!!! She had a significant amount of bleeding and they called 911. She was brought to the hospital by the ambulance. The doctor at the hospital said the injury was a millimeter from causing permanent damage. The BB is still in her face and she is awaiting surgery. The BB hit her in the eye near the corner close to the tear duct and fractured her orbit. It embedded in the fatty portion of her cheek near her temple. Photo: @passion_str3ngth_fir3

Medical wall art by @codexanatomicus Perfect for home/office decor! 🧠Awesome looking & also educational at the same time, these prints will make any place look unique. You can get more variety for any specialty and more styles for any taste at @codexanatomicus --- shop link in my bio! You can subscribe for a discount at their site and get free worldwide shipping too! @codexanatomicus makes lots of really lovely medical art, so you might want to follow them if you like it when creativity meets anatomy. ❤️ Tag medical friends who NEED new decor for their home or office in the comments 👇

This 4 year old attends preschool and has to wear a mask all day in school. His parents had recently switched him from a paper mask to a fabric mask with a screen print design. He started with chapped lips, then blisters formed in his mouth. His parents had a telehealth visit with their doctor and he was diagnosed with hand foot and mouth disease. He became worse over the next 6 days and the parents had another telehealth visit where he was diagnosed with impetigo (a bacterial infection) and was prescribed an antibiotic. His parents were changing his clothes and he started screaming in pain. He had blisters all over his body. The parents had another telehealth call and their doctor advised them to bring him to the emergency room. At the hospital he was immediately airlifted to the nearest trauma center and was diagnosed with scalded skin syndrome. Scalded skin syndrome is usually caused by an infection with a type of Staphylococcal aureas bacteria. The bacteria releases toxins that cause the skin to blister and peel. As we age, most of us build up immunity to these toxins, but children under the age of 5 do not have this immunity and are most at risk for SSS. The epidermal layer of skin can peel off and the patient can have the appearance of a person who has been severely burned. In the hospital this little boy was treated as a burn patient, and luckily the infection remained in the epidermis layer of his skin and did not get into his body and cause sepsis. He is now doing better and is expected to make a full recovery. As for the mask, doctors think the fabric mask may have caused the irritation to the lips which was the entryway for the infection. Outbreaks of SSS often occur in childcare facilities. Photo: @titanakb_914

💀Forensic Friday💀 This week, a shocking case of neglect was reported in Georgia. Kaitlyn Yozviak was a 12 year old girl who died due to neglect. EMS was called to the house and found her unresponsive. She was brought to the hospital where she was pronounced dead. Scene investigators describe the home as filthy living conditions. The child had a severe lice infestation and had active bugs and nits both on her body and all over her bed. She had not bathed at least 1.5 weeks prior to her death. The girl’s parents were arrested and charged with second-degree murder and cruelty to children. Kaitlyn’s manner of death has been listed as homicide, and her cause of death has been listed as cardiac arrest due to severe anemia from an active lice infestation pending autopsy. Head lice infestation, or pediculosis capitis, is common in pediatric patients. In North America, up to 40% of kids will have it at some point. Head lice is very contagious and difficult to treat. The lice are parasites that live by eating the blood off of a human/animal host. A study was done on children that showed an individual louse fed 0.008-0.7 mL/d of blood from its host and an average child has 20-30 live lice when infected. Severe cases of lice can indicate neglect. There are only a few cases of lice associated anemia in the literature, and no reports of deaths, so an autopsy will have to conclude it was the lice infestation that actually killed her. The case in this photo is from a 4yo girl who presented to a clinic with fatigue, weakness, nausea, and vomiting. A severe lice infestation was apparent in her hair, her scalp, and her neck, with numerous live lice visible on her face, neck, and arms as well as countless nits coating several inches of each hair strand. She had scratches and scars on her shoulders and back. Her hemoglobin was low and she had signs of heart failure. Multiple tests were done to rule out a reason for the severe anemia, but it could only be attributed to the lice. Due to the severity of the lice, child protective services were called. Luckily in this case, this child was treated including blood transfusions and she was doing well 6 months after discharge.

Anyone with siblings or kids can relate to this story🤪 This mom was taking a picture of her kids in front of this dinosaur. Her son jumped up to smack the dinosaur on the face and his finger got incised by one of the teeth!! The wound required sutures. Photo: @msflakita13

Why is this harder to look at than a decapitated head!? This patient is a poor college student who bought a dollar store razor to shave her legs. Well...it worked!😂 Photo: @jaeylin.jpg

This patient is in a vaccine trial for COVID-19. She is a healthcare worker who is exposed to the virus at work and was asked to participate in the trial. The study is evaluating the already existing Bacillus Calmette Guérin (BCG) vaccine as a booster of the immune response and to study if this vaccine reduces illness severity from coronavirus. This vaccine was originally created for TB and is commonly given in parts of the world with high exposure to TB (not USA). After she received the vaccine, she developed a known, complication of the vaccine- an abscess. 👻The injection site formed a red mass which was filled with pus. It has since healed and the only remaining effects of this BCG vaccine trial is that her PPD TB skin test will always be false positive. Photo: @lolalynna 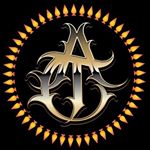 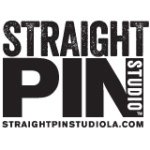 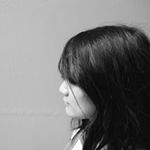 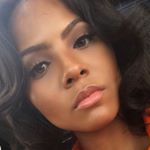 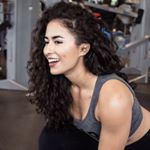 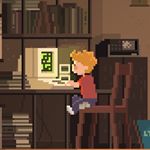 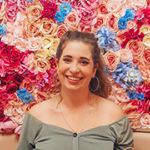 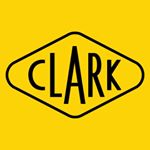 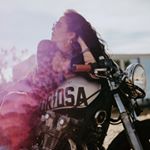 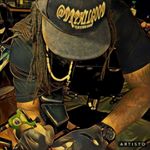 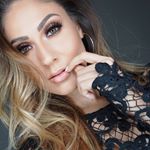 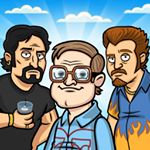 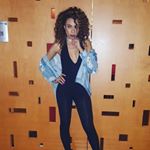 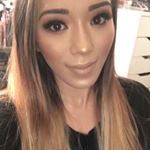 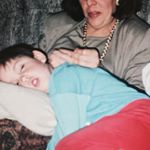