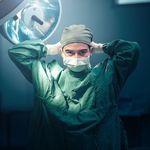 GENDER OF ENGAGERS FOR MEDICALTALKS

A pin for every specialty! These are our favorite medical pins created by @radgirlcreations!! 👌🏽 Your one stop shop for nerdy medical and anatomical pins, badge reels, decals, socks, and more. Check out the awesome @radgirlcreations pin shop for all your medical flair needs ♥️💀 Which one are you going to wear?

The result of a Brown recluse spider bite — 20 days later!! 🕷🕸 Incisions were made along the arm due to intense swelling from compartment syndrome. Compartment syndrome is a condition in which increased pressure within a muscle compartment (containing nerves and vasculature, enclosed by unyielding fascia) leads to impaired tissue perfusion. Edema from venomous animal bites (especially snake bites) is one cause out of many that leads to the syndrome. First aid involves the application of an ice pack to control inflammation and prompt medical care. If it can be easily captured, the spider should be brought with the patient in a clear, tightly closed container so it may be identified. Routine treatment should include immobilization of the affected limb, application of ice, local wound care, and tetanus prophylaxis. Many other therapies have been used with varying degrees of success, including hyperbaric oxygen, dapsone, antihistamines, antibiotics, dextran, glucocorticoids, vasodilators, heparin, surgical excision, and antivenom. None of these treatments have been subjected to randomized controlled trials to conclusively show benefit. In almost all cases, bites are self-limited and typically heal without any medical intervention. Case by @medicalpedia

Here is a great shot showing the brain with its covering layer! 🧠 Can you name the white sheet displayed here? Below the skull and around the spinel cord are three special coverings called the meninges. You may have heard of the illness called meningitis. Meningitis is an infection of the meninges. The outer layer of the meninges is called the dura mater or just the dura. The dura is tough and thick andit can restrict the movement of the brain within the skull. This protects the brain from movements that may stretch and break brain blood vessels. The middle layer of the meninges is called the arachnoid. Underneath the arachnoid is a space known as the sub-arachnoid space. It contains cerebrospinal fluid, which acts to cushion the brain. Small projections of arachnoid mater into the dura (known as arachnoid granulations) allow CSF to re-enter the circulation via the dural venous sinuses. The inner layer, the pia mater, is located underneath the sub-arachnoid space. It is very thin, and tightly adhered to the surface of the brain and spinal cord. It is the only covering to follow the contours of the brain (the gyri and fissures). Like the dura mater, it is highly vascularised, with blood vessels perforating through the membrane to supply the underlying neural tissue.

"Hey, what were his readings again?" "Oh shit, hold on... I need to get my gloves out of the trash" Do you find these useful or not? 🧤 Medical gloves designed for medical emergency response. It has template for vital signs record.

Did not see that coming! That’s why, ladies and gentleman, we wear masks and eye protection. 👀 Removal of a cyst in the most unexpected way. In this video, the surgeon pokes his finger through a giant cyst. Next thing he knows, the cyst bursts open, fluid is all over the operating room, and his assistant jumps in a total surprise.

Amputation of the finger! This patient came in with these partial and total amputations from getting his fingers caught on a chain link fence. Apparently, he he went to reach through an unfinished part of the fence and caught it, then pulled back and lost his finger. He needed closure and a partial closure with sanding down of the bone. In specific cases, replanting the finger might be possible. Replantation is the surgical reattachment of a body part, most commonly a finger, hand or arm, that has been completely cut from a person's body. Fingertip amputation is a challenging injury to manage. From the identification of vessel ends to reanastomosis of the submillimeter vessels, fingertip's highly specialized anatomy requires technical excellence and precisely addressing the anatomic challenges. Photo credit @sepuyiin19

Here’s the donor face and the original face transplant marking on Richard Norris, a man who lost his entire mid-face and got disfigured after a shotgun accident blew off half his face in 1997!! He doesn’t remember how or why it happened, but his mom, who was three feet away, said it was an accident. She remembers pieces of Richard’s face showering her body. This was in the living room. The gunshot had blown off his nose, cheekbones, lips, tongue, teeth, jaw, and chin, leaving just his wide brown eyes and a swirl of nameless twisted flesh. For years, Norris lived hiding behind a mask and only coming out at night time. He can now feel his face and is able to brush his teeth and shave. He's also regained his sense of smell, which he had lost after the accident. When he shot himself in the face, he lost his nose, lips and most movement in his mouth. He has had multiple life-saving, reconstructive surgeries which also replaced underlying nerve and muscle tissue from scalp to neck. Motor function is now almost fully regained after he received a new face from an anonymous donor whose organs saved five other patients' lives on the same day. The face of the recently deceased 21-year-old man came off as one solid flap, skin, muscle, bone, nerves, blood vessels, tongue—everything as one piece. The leading reconstructive facial surgeon removed what was left of Richard’s disfigured face, dissected down to the skull. He attached the new face midway back on his scalp. He stabilized it with screws, tapped the jaw together, and finally draped the skin and sewed it down like a patch on a coat or a pair of jeans. Before, people used to stare at Richard because he wore a mask and they wanted to see the deformity. Now, they have another reason to stare at him.

⚠️Open Fracture⚠️ This case shows an open fracture that resulted from a fall from a ladder. Swipe to see the injury post-op. 🚨What would you use to stabilize this type of traumatic injury in the prehospital setting? Share your treatment plan in the comments👇 Open fracture is a fracture in which bone fragments break through the skin. They are associated with high-energy trauma (e.g., blunt trauma due to motor vehicle collisions) and are associated with significant soft tissue injury and an increased risk of complications (infection, poor healing). Ankle fractures are the most common fractures of the lower extremity. They are most often caused by twisting the ankle, the circumstances of which the patient will typically recall. The mechanism of injury is supination or pronation trauma (“twisted ankle”). The major symptoms are pain in the affected area and decreased range of motion. If physical examination and the patient history suggest a fracture (e.g., patient is unable to bear weight on the affected leg), an x-ray is performed. The most important diagnostic consideration is whether the fracture is stable (as is the case in isolated malleolar fractures) or unstable (e.g., bimalleolar fracture). Unstable fractures require surgery, whereas stable fractures can be treated conservatively with a short leg cast. Tibial fractures are the most common type of long bone fractures. They are usually caused by direct trauma and may occur proximally (tibial plateau fracture), at the shaft, or distally. The fracture may solely involve the tibia or the fibula, or it may involve both. As only a small amount of tissue covers the bone structures, there is a higher risk of open fracture, neurovascular injury, compartment syndrome, and wound infection. Depending on the location and stability of the fracture, treatment may involve casting, intramedullary nailing, open reduction and internal fixation, or external fixation. What are your thoughts. Is this an ankle bimalleolar fracture or a combined distal tibia and fibula open fracture?

Well that toenail fell off real quick!! Toenail removal is usually done in cases of severe ingrown nails. Removing the whole nail makes it more likely that the nail will grow back. Ingrown toenails is a painful condition that occur when the edges or corners of the nails grow into the skin next to the nail. The big toe is most likely to get an ingrown toenail. Various causes include poorly fit (tight) footwear, infection, improperly trimmed toenails, trauma, and heredity. The great toe is the most commonly involved, the lateral side involved in more cases than the medial side. The affected toe has all the classic signs of infection such as pain, edema, erythema, and warmth. The mechanism of how and why this infection occurs is as follows: When the skin around the nail gets infected, it begins to swell up and put even more pressure against the nail. Ingrown nails can produce a spear shaped wedge of nail on the lateral side of the toe which will progressively become more embedded into the toe tissue as the nail grows forward. In the worst case, the swelling will begin putting sideways pressure on the nail, causing it to grow at a slant. This will cause both sides of the nail to eventually become ingrown and swollen. Eventually the swollen parts of the skin will begin to harden and fold over the nail. The initial surgical approach is typically a partial avulsion of the nail plate known as a wedge resection or a complete removal of the toenail (seen here). In a wedge resection, the digit is first injected with a local anesthetic. When the area is numb, the physician will perform an onychectomy in which the nail along the edge that is growing into the skin is cut away (ablated) and the offending piece of nail is pulled out.

An unconscious man came to a hospital with a 'do not resuscitate' tattoo, and doctors didn't know what to do!! A bit of a dilemma - what would you do? This 70-year-old man, with history of chronic obstructive pulmonary disease, diabetes, and atrial fibrillation, came to a Florida emergency room unconscious, with no identification, and an elevated blood alcohol level. Doctors tried to bring the man to consciousness but couldn't. It was a complicated situation made even more complicated by a tattoo on his anterior chest that read “Do Not Resuscitate,” accompanied by his presumed signature. All efforts at treating reversible causes of his decreased level of consciousness failed to produce a mental status adequate for discussing goals of care. Meanwhile, he was placed on empirical antibiotics, received intravenous fluids and vasopressors, and was treated with bilevel positive airway pressure. The ethics consultants advised to honor the patient’s do not resuscitate tattoo. They suggested that it was most reasonable to infer that the tattoo expressed an authentic preference. This patient’s tattooed request produced more confusion than clarity, but doctors were relieved to find he had also legally filed a written ‘Do not resuscitate’ order. The patient’s clinical status deteriorated throughout the night, and he died without undergoing attempts at resuscitation with cardiopulmonary respiration or advanced airway management. Case by NEJM 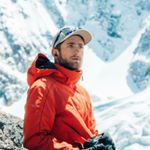 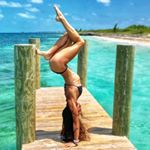 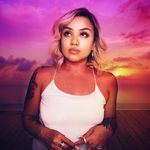 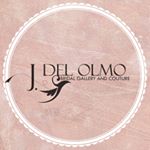 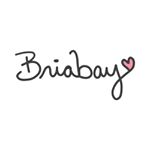 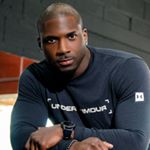 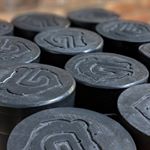 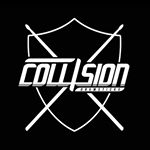 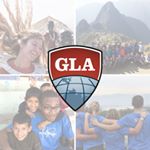 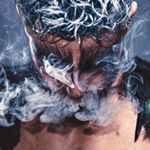 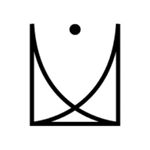 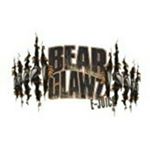