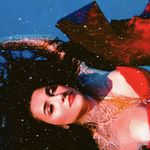 GENDER OF ENGAGERS FOR MARYAMAMUSIC_OFFICIAL

HAPPY PERSIAN NEW YEAR bache haaa! ❤️☺️😘 For real this past year was the most difficult year I have ever experienced in my twenty something years of life. I had a serious health scare that went on for 6 months, both my parents had to have emergency surgeries and a few nights ago my house was about to catch on fire, mean-whilst I had to pause all my studio sessions to just try to survive and not go insane so yeah it’s been INTERESTING! I do believe everything happens for a reason and I hope the year 1400 brings us all some love and relief cause god knows we all deserve it! Goftare neek, pendare neek, kerdare neek! Sale no hesabi mobarak❤️❤️❤️❤️❤️❤️❤️ #persiannewyear #persiannewyear1400 #persiangirl #imdone😂 #pleaseandthankyou #beagoodyear #greenjumpsuit #middleeasternfashion #blueshadows #norouz #norouz1400 #norooz #norooz1400

Found this one from yesterday 🌼You can actually see the reflection of my hands in my eyes, why is that creeping me out so much 😂🙈 . . . ⁣ .⁣ .⁣ .⁣ .⁣ .⁣ #brunette #longhair #selfie #autumn #freetime #me #weekendvibes😎 #reflectiongram

Repost from @connect.ifca • IFCA Spotlight: Maryam Mirbagheri @maryamamusic_official we are thrilled to present Maryama (Maryam Mirbagheri) as our collaborator. Since she has also other expertise in film music, festival production, music production, jazz, and commercial pop/rock, she can also provide guidance and mentorship in the above-mentioned areas. (both in English and in Persian) we are extremely happy to have Maryam Mirbagheri in our IFCA family. Maryam Mirbagheri aka “Maryama” is an award-winning Iranian American musician, composer, music producer, and multi-instrumentalist. Mirbagheri’s musical style is derived from a fusion of jazz, soul, Persian, and classical music and inspired by an endless number of artists. She has been the featured artist of the month in renowned publications such as GIRLTRIP, Muzik magazine, Huffington Post, DW Germany, POPDOSE, Obscure sounds, Girls underground, VENT Magazine, Celebrity cafe and many more. She is said to be one of Los Angeles's most unique and up and coming acts and has been compared to the likes of Sade, Dido, Natalie Merchant, Lianne Lahavas, and Adele. ————————- So proud to have officially joined the Iranian Female Composers Association as a collaborator and a fellow mentor ❤️🧜‍♀️ Being a women in the music industry isn’t easy to begin with, now imagine being an immigrant on top of that! I’m so impressed by this team already and can’t wait to contribute! #womeninmusicbusiness #womeninmusic #iranianwomen #iranianfemalecomposers #femalecomposers #womensupportwomen #musicindustry

#challengeaccepted @julianewhide @jasna.gara @aidashirazicomposer @lauren_rainey2 @nilumusic ❤️ @shesaid.so @sheisthemusic @iawfoundation @connect.ifca Women all over the world have been and are suffering from injustice and violence of a broken system and this is specially true for the Middle East. It’s beautiful to see these black and white photos but they’re not really going to make a change unless an action is taken, also there are quite a few stories behind where this black and white movement started and I shared those in my #instastory if you’re interested. The way you can take action is of course by truly supporting other women regardless of your gender. Reach out to other women at work, at school and in your community and maybe even join groups focusing on women. Equality makes a better world for everyone. #womenempowerment #womensupportingwomen #mensupportingwomen 📸 : @mohtadimirak

Happy Father’s Day to my OH SO VERY KHOSHTEEP BABA JOON ❤️❤️❤️ the man, the legend, the scientist, the certified genius, the guy basically responsible for most of Iran’s clean water... my koala bear, most favorite guy in the whole-wide world!!! Love you BABA JOONAM ❤️❤️❤️ you best believe it I had a ton of goofy photos of us but the man is a respectable figure, I shall not mess with that 😂😂

#tbt to this beautiful night we had on this beautiful stage #thetroubadour ❤️. Covid19 is hitting local businesses including live stages really hard and trust me with all the PTSD ya’ll are gonna wanna go to lots of live shows after this. Go to @nivassoc and just sign a petition to support government funding for my favorite stage! Troubadour is legendary, the loss of it will be tragic for not just us musicians but LA in general. Also Can’t wait to reunite with these beautiful people 😭😞, miss my band tonsssss! . . #saveourstages #savetroubadour #legendaryvenue #singersongwriter #persiansofinsta #misstheband #covid19sucks #iranianamerican

Happy international dance day! Missing my dance partners more than ever... being a part of a dance crew is definitely challenging specially these kinds of ethnic dances and I sure took them for granted at times but I swear when we all make it out of this situation alive, I’ll be showing up to every single rehearsal !!!❤️😫 . . #internationaldanceday #dancecrews #dancepartners #balinesedance #mermaiddance #africandance #hiphopdance #quarantineblues #covid19sucks #calartsalumni

BC = Before Corona 😫 This whole ordeal has really opened my eyes about the small things in life we don’t appreciate! Like being able to go to the grocery store and buy chicken without worrying about death 🤦🏻‍♀️! . . Pc: @lauren_rainey2 #ihateyoucovid19 #quarantineandchill

BIRTHDAY week was a success ❤️ there is not enough words to describe how blessed and grateful I feel to have such beautiful souls in my life. 4 separate cakes this year 🥳 my life is always so insane with politics and all that I don’t know how I’d get through if my loved ones wouldn’t make me smile as much as they do ❤️ this year I wish this wonderful human connection for everyone! . P.S shout out to my co birthday buddy @pablo_lenero since college!! any event we create together becomes magical, cheers to many more years of keeping this tradition alive ☺️ . I hate Instagram tag limits, what if you have more than 20 awesome friends? @tommystrauser @maxdenney11 @shutupkevinmusic @madelynnjanacua @paxton.brisa @not_andrew_beeh @musicartla @daviddurrani @belovedbatcave ❤️ #birthdaygirl #birthdayweek #birthdaybuddies #elfloridita

“The one with @friends 25th anniversary” ❤️🥰🥳 #oldphoto #wontdeletelater#friends25 Just like many others I’m really thankful for this show and it’s creators! Thank you for countless beautiful moments with my friends and family. Thanks for being my happy pill in my sad times away from my loved ones! Thanks for cheering me up and energizing me in my bleh hours! Fun fact: a few years ago, I worked with the very talented @mjskloff and sang a few of his pieces at one of his concerts without knowing he was the composer of friends and husband of Marta Kauffman (creator or friends). I walked on stage and Marta was front row right in front of me!!! Man THAT was a moment! She then came to me after the show and complimented my voice but I was so shocked and speechless, I stared at her for ten minutes and didn’t say a word. She got freaked out and slowly walked away and I’m still crying for that 😭! Michael tell Marta I’m sorry ! #superfans @lisakudrow @courteneycoxofficial @_schwim_ @mleblanc #jenniferaniston #mathewperry Top and jeans from @fashionova

I’m finding all these old photos and trying to remember what I was thinking about when the photo was taken......... I think I was hungry in this one 😂🙋🏻‍♀️ . . . #foreverhungryforfood #offtheshouldertop #redcroptop #persiangirl #angryphoto #deathstares

Wake me up when the moving’s done ! K? Thanks ! 😫 . . #daydreaming #moving #procastination

When it’s someone else’s wedding but your parents are PERSIAN 😂🤦‍♀️📸 Thanks mom for making everything about me , congrats to the gorgeous couple ❤️! . . #partymakeuplooks #persiangirlstyle #lomographapp #persiangirlproblems #persianweddings #mermaidpose 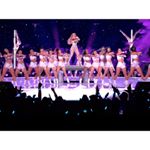 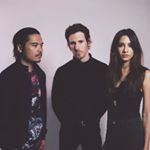 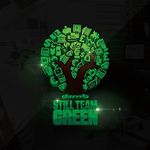 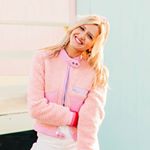 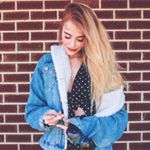 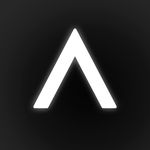 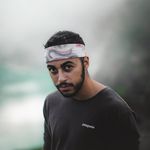 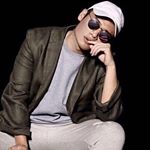 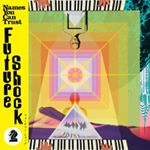 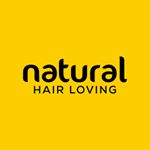 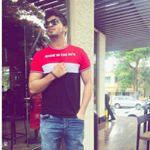 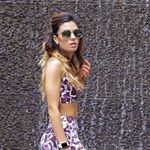 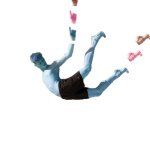 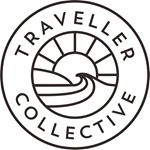