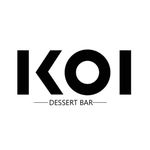 GENDER OF ENGAGERS FOR KOIDB

You must keep seeing this one on our stories throughout Spring because it's guilty for being an absolute show-stopper. This is 'Moss' featuring pistachio, caramel, lime, matcha, yuzu and yogurt. ⠀⠀⠀⠀⠀⠀⠀⠀⠀ ⠀⠀⠀⠀⠀⠀⠀⠀⠀ On the night, you'll be able to pair each course with a carefully-picked beverage to enhance the entire taste journey at every step. Our curation team spend a LOT of time and effort choosing the right drink to pair, making it a truly divine experience.⠀⠀⠀⠀⠀⠀⠀⠀⠀ ⠀⠀⠀⠀⠀⠀⠀⠀⠀ Book in advance, with dining sessions available weekly from Thursday to Sunday, 6pm to 9pm. ⠀⠀⠀⠀⠀⠀⠀⠀⠀ ⠀⠀⠀⠀⠀⠀⠀⠀⠀ #KOIDining⠀⠀⠀⠀⠀⠀⠀⠀⠀ #KOIDessertBar⠀⠀⠀⠀⠀⠀⠀⠀⠀ #SpringatKOI

2020's brought some pretty interesting days this year but this one is definitely one of our favourites. It's National Dessert Day - yay! Yes, there's actually a day for it and while we think it should be everyday, we're glad all the tastiest and sweetest things in life get a celebratory day of their own. What's your favourite this year? Swipe and pick a number (multiples acceptable), then drool, sleep and come by tomorrow to get some! #NationalDessertDay #KOIDessertBar

Your trip to KOI City tomorrow through Sunday will have you completely starry-eyed, wishing well and tasting the divine, thanks to an epic month-long collaboration with the virtuosos of Vodka, HAKU® (@suntoryhakuvodka).⠀⠀⠀⠀⠀⠀⠀⠀⠀ ⠀⠀⠀⠀⠀⠀⠀⠀⠀ It features a stunning starlit spectacle inspired by the Tanabata Festivals of Japan, a giant bamboo wishing tree, galactic-themed cocktails from Monkey's Orbit (@monkeyscorner) and much, much more.⠀⠀⠀⠀⠀⠀⠀⠀⠀ ⠀⠀⠀⠀⠀⠀⠀⠀⠀ But sometimes, travelling to the galaxy can be a little out of reach. So for those (pretty regular) moments, why not have the galaxy come to you?⠀⠀⠀⠀⠀⠀⠀⠀⠀ ⠀⠀⠀⠀⠀⠀⠀⠀⠀ Visit outer space in your own space, with a stellar new lineup of #KOIrantine home deliveries this week, including 'Galaxy' (pictured), 'Planet Haku', 'Popcorn' and the infamous 'Moss In A Jar'.⠀⠀⠀⠀⠀⠀⠀⠀⠀ ⠀⠀⠀⠀⠀⠀⠀⠀⠀ #KOIDessertBar⠀⠀⠀⠀⠀⠀⠀⠀⠀ #KOIxHAKU

As you dine amongst the stars this Spring at KOI's Dining Universe, you'll find some brand new menu additions that will have your tastebuds feeling like they've been launched into outer space. ⠀⠀⠀⠀⠀⠀⠀⠀⠀ ⠀⠀⠀⠀⠀⠀⠀⠀⠀ Meet Purple Rain, featuring Cassis, Blackberry, Umeshu and Wild Strawberry. You can experience this as part of the new Spring Menu, taking place weekly from Thursday to Sunday, 6pm to 9pm.⠀⠀⠀⠀⠀⠀⠀⠀⠀ ⠀⠀⠀⠀⠀⠀⠀⠀⠀ #KOIDining⠀⠀⠀⠀⠀⠀⠀⠀⠀ #KOIDessertBar⠀⠀⠀⠀⠀⠀⠀⠀⠀ #SpringatKOI

Spending your long weekend planning what to order this week sounds like the right idea because we've got some amazing things just waiting for you to come and collect! ⠀⠀⠀⠀⠀⠀⠀⠀⠀ ⠀⠀⠀⠀⠀⠀⠀⠀⠀ Loving these choices by @aalexiseatz, keep on tagging us in all of your #KOIMoments to get featured! #KOIDessertBar #KOIDining

Celebrations mean it's time for a little extravagance, a lot of indulgence and a ton of happiness. Gifts are great but if the foodies amongst us got something like the 'Popcorn' Celebration cake, you are getting all the brownie points.⠀⠀⠀⠀⠀⠀⠀⠀⠀ ⠀⠀⠀⠀⠀⠀⠀⠀⠀ Choose from up to 10 different flavours from our Celebrations Cake range on the online shop, featuring the most popular ones - Strawberry Lychee, Mango Yuzu or Nomtella - and have it delivered in time for that special time! #CelebrateWithKOI #KOIDessertBar

Wow! Looks like the takeaway version of the Spring High Tea has been a crowd favourite with the response we've received over the last week. ⠀⠀⠀⠀⠀⠀⠀⠀⠀ ⠀⠀⠀⠀⠀⠀⠀⠀⠀ What's your favourite treat on the menu? We're hearing that the Smoked Salmon Toast with Pickled Radish, Dill and Yuzu Mayo is blowing minds but have also heard it's a tough choice with all the goodies on there!⠀⠀⠀⠀⠀⠀⠀⠀⠀ ⠀⠀⠀⠀⠀⠀⠀⠀⠀ Yet to grab your Spring Hightea to-go? Jump onto our website or the link in bio to book, so you can have it delivered or collect it from one of our locations from Thursday to Sunday this week. #SpringatKOI #KOIDessertBar

"Wish the Spring High Tea could be taken away!" someone said, somewhere, can't confirm. It's a pretty good idea don't you think, being able to enjoy ALL of these treats, anywhere you please.⠀⠀⠀⠀⠀⠀⠀⠀⠀ ⠀⠀⠀⠀⠀⠀⠀⠀⠀ The great news is - the Takeaway Spring High Tea Set is NOW AVAILABLE for booking online - yay! You will be able to pick it up from Ryde, Chippendale (City) or Waterloo popup locations from today, of course, for a limited time only. ⠀⠀⠀⠀⠀⠀⠀⠀⠀ ⠀⠀⠀⠀⠀⠀⠀⠀⠀ Be sure to tag us in in your High Tea destinations - where will you go to the beach, pool, backyard, enjoy it in bed? Let us know! #KOIDessertBar #SpringatKOI

NEW CAKE ALERT: "Like A Boss". This one's for all the #Bossbabes and #Bossmen out there, the one's who know they are the sh*t, still working on their dreams and making magic happen. ⠀⠀⠀⠀⠀⠀⠀⠀⠀ ⠀⠀⠀⠀⠀⠀⠀⠀⠀ It features Mirabelle plum, mango, green tea rose and sudachi, coated in a light, stunning chocolate-spray of Royal Blue and edible Gold because it's exquisite, just like you.⠀⠀⠀⠀⠀⠀⠀⠀⠀ ⠀⠀⠀⠀⠀⠀⠀⠀⠀ Available online for click & collect or #KOIrantine home delivery, as well as limited pieces available in-store, at Ryde, Chippendale (City) and our brand-spanking new Pop-up in Waterloo (located in the Mastery Display Suite by The Crown Group).⠀⠀⠀⠀⠀⠀⠀⠀⠀ ⠀⠀⠀⠀⠀⠀⠀⠀⠀ P.S. you are what you eat, so now's your chance - tag a current or future #boss who you'll take with you to try this! #KOIDessertBar #KOIDining

This could all be yours but you haven't booked High Tea in yet! What is all this, you ask? ⠀⠀⠀⠀⠀⠀⠀⠀⠀ ⠀⠀⠀⠀⠀⠀⠀⠀⠀ Well for sweets, we've got the White Noise, The Citrus Jar, Brown Butter Quenelle, Peach & Sudachi cake, Macarons, Scones and for savoury bites, we've got our insanely delicious Caramelised Onion & Mushroom Tarts and the mouth-watering Smoked Salmon Toast with Dill, Pickled Radish and Yuzu Mayo.⠀⠀⠀⠀⠀⠀⠀⠀⠀ ⠀⠀⠀⠀⠀⠀⠀⠀⠀ Quite the lineup, wouldn't you agree? Bookings for in-store High Tea sessions at Chippendale (City) and our new WATERLOO Popup are available now. Bookings for takeaway High Tea open on Monday! Head to our link in bio or our website for more. #SpringatKOI #KOIDessertBar 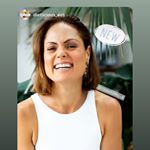 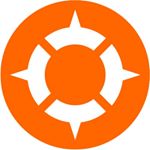 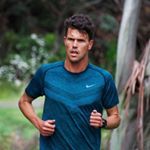 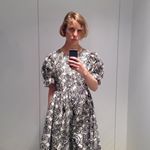 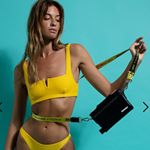 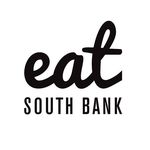 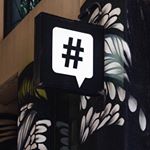 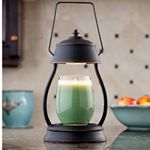 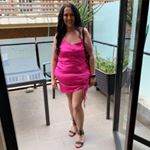 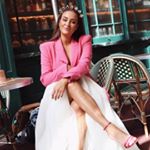 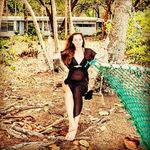 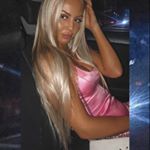 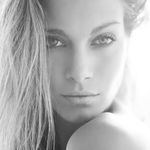 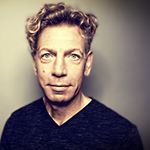 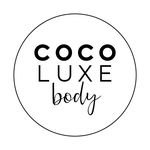