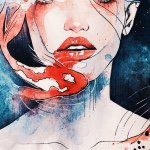 GENDER OF ENGAGERS FOR KELOGSLOOPS

‘Passengers’ It’s a weird one to explain, but I think the act of dreaming is somewhat like being on a train. The dreams flicker by from scene to scene, much like the view from a train window. We don’t really have control of where we go or what we dream, so we just sit aboard the train and go wherever it takes us. It’s in these few hours each night that we seem to no longer be bound by the limits of the real world, but instead become passengers to our subconscious, riding along with the waves of our imagination. ——⠀ This work has sold, but if you’d like to be notified about future available original works, feel free join the mailing list through the link on my profile! #art #goldleaf #dreams #painting #illustration #peonies #clouds #watercolor

‘Lucid’ The first work from my recent show themed ‘The Dream' at @beinartgallery. I’ve wanted to play with this theme for quite some time now! I think it’s just such an interesting subject that poses so many questions — where do they come from, what do they mean, and ultimately why do we dream? Dreams vary so much from one person to another, and interpretation varies even moreso one culture to another. But there are recurring motifs, themes or dreams that are commonly recorded despite the subjective nature. Take for example, the ‘falling’ dream. I’m confident that many of us have that dream at least once, where we find ourselves falling. Then, suddenly our bodies jerk, and we wake. And then there’s those crazy nonsensical dreams that feel so vivid and clear in the moment, but as you wake and try to describe what you’d dreamt, you realise how impossible that really is. So we keep it to ourselves, and remember them as they were, and I think that’s what that makes them so interesting. #brbchasingdreams  ——⠀ This work has sold, but if you’d like to be notified about future paintings, feel free join the mailing list through the link on my profile! #art #drawing #lucid #dreams #painting #illustration #clouds #watercolorart

Last night, my exhibition, ‘The Dream, was meant to have its opening night at @beinartgallery. I did mention it in my last post, but due to the current lockdown in Melbourne, we won’t be able to have the show for viewing in person supposedly for the next two weeks. At this point we can only hope that if restrictions lighten, we’ll be able to have the show on display at the gallery for a few days for people to see. However, as nobody knows what the next stage will be or how long it’ll last, there is a chance the show might not be on display at all, which would be a bummer. Most of the fun and joy of doing shows really comes from being able to share it all in person with everyone. To see and hear everyone’s reactions and thoughts, that’s the best part, really. Fingers crossed though!  BUT!!!! Despite all that, the good news is that the show has sold out!! 🎉 Though I might not be able to share and celebrate the show with everyone in person, I’ll definitely take the news as a something to be grateful for and a celebration to share with my family and yall here! 😊 #brbchasingdreams #drawing #art #paint #surreal #watercolorart #peonies #floralart #illustration

Amidst everything going on, I’ve been trying to keep myself busy with working on a few pieces for an upcoming show of mine at @beinartgallery, ‘The Dream’. I’d been meaning to share the progress along the way with everyone and get excited about it I do normally with my shows, but for reasons I’ve recently spoken about, life got in the way and that went out the window. But better late than never! 😅 And now that I’m trying to bring myself to come back to social media, it’s probably time I start sharing the news and the progress… seeing as my show is to ‘open’ this week. I say ‘opens’ because Melbourne recently went into lockdown, meaning we can’t have a physical show or opening which is a bit of a bummer, but there’s a lot worse going on around the world! So I’m just glad I’ll be able to at least share with you all what I’ve been working on over the next few weeks 😊 #brbchasingdreams ——⠀ If you’re interested in checking out the works as they come available (this Wednesday), feel free to contact the gallery at info@beinart.org to join the preview list! #watercolor #illustration #painting #draw #animals #tiger #nature #surreal #artist

I’m doing OK, but I wasn’t OK. I don’t know how to talk about this but let’s start off with I’m sorry for worrying people and not saying something sooner. I just… couldn’t do it, and I couldn’t understand why for the longest time. I dreaded the possibility that I wasn’t doing OK and admitting that. My only instinct was to hide because I wasn’t even sure what was going on with myself anymore. For the past few months I’ve been fighting with some sort of unknown force. Everyday I’d wake feeling… a way. Almost a sense of dread and I couldn’t understand where it came from. I felt guilty for feeling this and that made me mad, and in turn made me anxious because I didn’t know how to fix it, and that would make me feel sad because I didn’t know if there was ever going to be an end to it, or if something in me had broken. It was this vicious cycle where I just started to spiral into feeling worse and worse to a point where I just shut down from everyone because I didn’t know how else to cope. And it went on like this for the longest time before I started to think about why, when and where this started. I started to realise that this ‘thing’ had been bubbling for years now, I just kept naming it something else. I’d excuse it, thinking ‘a quick break and I’ll be ready to power on ahead!’ I kept doing that without bothering to check in with my mental health. And I think I suffered because of that. The good news is I’m doing OK, so please don’t worry! I’m still dealing with it of course, where it still it comes in waves. There are days and weeks where I really struggle, but I’m learning to ride the waves in hopes it’ll subside into a calm soon enough to be back on my feet. So a reminder to myself, and hopefully to you; please remember to check in with yourself and the people you care about with how you’re really ‘doing’. And be honest. It might be hard to admit at first, but it’s okay, to not be okay. The biggest struggle and also relief was being able to finally admit that I wasn’t ok. Because once I could finally admit that, I was actually able to ask for help. And frankly I think that’s what we all need right now.

‘Nine,’ my piece for the ‘Fantastical Beasts’ show at @coreyhelfordgallery ☺️ The inspiration was pretty obviously the myth of the nine-tailed fox. And no, it’s not Naruto fan-art! It’s believed the fox spirit (kyubi in Japan, hulijing in China) is a shapeshifting entity that alternates between a charming woman and a cunning, demonic fox spirit that consumes spirits. I think of foxes as elegant animals, but the myth has this dark twist to something so, adding this 'two-faced' notion that I was really drawn to -- this idea that this creature exists along a fine line between something so beautiful, and yet something so evil. #brbchasingdreams #watercolor #drawing #asianart #ninetailedfox #illustration #kyubi #fox #animalart

one of the pages from my sketchbook! 😴 i promise i’ll upload a sketchbook flipthru video sometime this week!!!! 👊🏼 #brbchasingdreams #illustration #dream #sketchbook #watercolorart #sketch #artstyle

Been keeping myself busy lately working on this little piece for an upcoming show at @coreyhelfordgallery. The theme for the show was ‘fantastical creatures’, and so I’ve been having a lot of fun working on and developing this piece. Aaaand that big animal behind her? It’s not quite a wolf, but a special kind of fox 😉 . If you’d like to inquire about the piece, please contact sherri@coreyhelfordgallery.com for details! #brbchasingdreams #watercolor #illustration #animals #artstyle #creatures #fantasyart #asianart

This denim jacket I painted is still by far one of the coolest and fun projects I did last year 😋 I’ve been trying to think of new ideas and challenges I can take on throughout this year, and I’d love to hear suggestions from you guys! Your ideas can be as quirky, outrageous or simple as you like, just as long as it involves me making something! So, is there anything you guys would like to see me try make or do? 🤔 . 🎵 I wish we were better by @dotuzu #brbchasingdreams #acrylicpainting #illustration #denimjacket #custommade #diyfashion #artstyle

Same concept, three years apart! I changed a few things, but I definitely think I’ve improved! 👊🏼 Which one do you guys prefer? ——⠀ I also filmed the process of this painting, so if you want to watch how she came to life, check out the video through the link on my profile! #brbhasingdreams #watercolor #sketchbook #redraw #sketch #strathmore

‘For a Little Longer’ The last and final piece from my recent ’Sanctuary’ exhibition, and easily my favourite from the show ☺️ #brbchasingdreams ——⠀ If you’d like to be notified about future available original paintings, feel free join the mailing list through the link on my profile! #watercolor #illustration #goldleaf #painting #draw 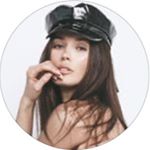 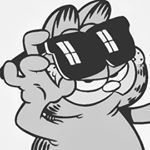 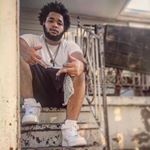 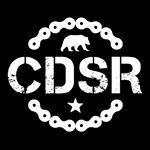 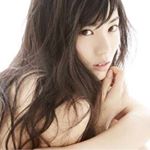 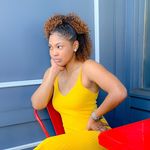 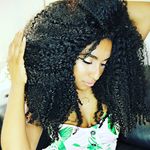 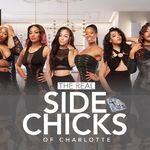 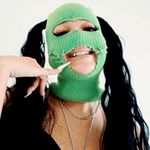 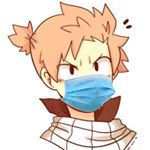 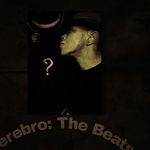 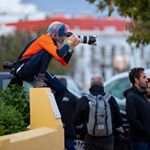 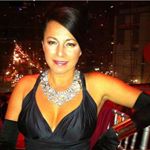 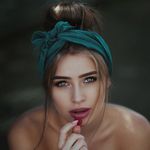 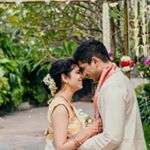