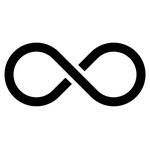 GENDER OF ENGAGERS FOR KARMAGAWA

⚠️URGENT ISSUE WE MUST FIX RIGHT NOW⚠️ Repost from @savethereef The scale of the PPE pollution problem, and the speed in which it has emerged worldwide, is truly horrific! Disposable masks are made out of plastic polymers, which are not biodegradable nor recyclable, entangling and willing our wildlife and there are currently 194 BILLION disposable masks and gloves being used worldwide every month! In April, a WWF report found that even if only 1% of face masks are disposed of incorrectly, around 10,000,000 will still end up in the environment each month, injuring and killing countless animals. So, what can we do to stop this tragedy? 1.) Ensure your PPE items are disposed of correctly. 2.) Cut the straps off your mask! 3.) Use reusables when possible. 4.) Share this important post with your followers and tag people, celebrities & influencers who need to see it and share too in order to help us spread awareness about this crisis before we kill anymore animals or destroy anymore of our environment! Thanks for the head’s up @cleanmiamibeach #ppe #plasticpollution #masks #karmagawa #savethereef

⚠️SHARE THIS TO HELP SAVE LIVES!⚠️ Please read and share this post with your followers for Armenia because the media is still not covering this crisis so we must all use our social media platforms to spread awareness and stop the violence to save lives! This post was put together by our writers after conducting hours of research. This is *not* a paid post and is not a critique of either country, region, or its people. The attacks mentioned above are led by people in charge. Not by civilians on either side. Many residents in both countries have expressed that they want peace. Thanks for the head’s up @beyondtheinterview @nicccb @taniasarin we are a better planet when WE ALL WORK TOGETHER! #armenia #prayforarmenia #stoptheviolence #karmagawa

BREAKING NEWS: Bhagavan “Doc” Antle, one of the many characters in Netflix's "Tiger King," and owner of Myrtle Beach Safari, has been indicted on animal cruelty and wildlife trafficking charges, after an investigation found that he and the owner of a roadside zoo in Virginia were involved in the illegal selling of lion cubs between Virginia and South Carolina.⁣ Antle was charged with one felony count of wildlife trafficking, one felony count of conspiracy to traffic wildlife, four misdemeanor counts of conspiracy to violate the Endangered Species Act (ESA), and nine misdemeanor counts of animal cruelty. Two of his daughters have also been indicted on charges of animal cruelty and violating the ESA.⁣ The case was investigated by the Virginia attorney general’s Animal Law Unit, the first state attorney general unit in the country dedicated to investigating animal welfare and abuse cases. “It’s been a shining example of what law enforcement should be doing to protect animals,” Delcianna Winders, director of the Animal Law Litigation Clinic at Lewis & Clark Law School, in Portland, Oregon, told NatGeo. Please share this post with your followers and tag people who need to see it because animals are NOT entertainment and WILD ANIMALS SHOULD BE FREE! #endanimalcruelty #dontbuyaticket #wildanimalsafari #karmagawa

⚠️SHARE THIS TO MAKE EVERYONE AWARE THAT ANIMALS DESERVE SO MUCH BETTER!⚠️ We must all work together to make sure animals get treated better because this poor puppy was one of the over 5,000 dogs, cats, rabbits, and other animals who were left to suffer and die at a shipping yard in China. Thousands of pets were found dead in cardboard shipping boxes last week at a logistics facility in Central China, likely casualties of a miscommunication in the supply chain of China's thriving mass-breeding industry. Only a couple hundred animals were saved, and authorities have launched an investigation into the grim discovery in Henan Province, a local animal rescue group told CBS News on Wednesday. "The station was cluttered with express boxes with thousands of animals that had already died, and the entire place reeks of rotting bodies," said Sister Hua, the founder of animal rescue group Utopia. She doesn't use her real name, saying she prefers to keep attention on the animals rather than her personally. "It was like a living hell," she told CBS News in a phone interview on Wednesday. Please share this sad news with your followers and tag people, celebrities, influencers & news media as this animal cruelty MUST BE STOPPED RIGHT NOW and spreading awareness about tragedies like this is the first step…WE HUMANS MUST DO BETTER! #animalsdeservebetter #endanimalcruelty #karmagawa

⚠️WE MUST HELP THESE POOR ANIMALS!⚠️ Please share this post by our friend @aaron_gekoski to help! Phnom Penh Safari Park Report: crocodiles kicked, orangutans used in boxing shows, tigers made to jump through burning hoops, elephants forced to carry tourists around. I was recently sent here by @bornfreefoundation to investigate animal welfare concerns. What I witnessed was shocking. During crocodile shows, the animals were manhandled, climbed upon by the handlers, and had their mouths pulled wide open & their tails pulled. The crocodiles were regularly kicked, hit by the handlers and had sores/fungal infections all over them. Small crocodiles were used for visitor handling/as props for souvenir photographs. They had their mouths taped tightly shut to make them safer to handle. Several elephants are used to give rides to visitors. They had large, metal ‘howdah’ seats tied to their backs, so that they could carry two people + their handler. The elephants were in concrete-floored areas, tethered to metal railings by short ropes. There is a dedicated area at the zoo for exploitative animal shows where orangutans dressed in clothes have been trained to perform humanized behaviors, such as boxing, riding bicycles & hula-hooping. A macaque monkey with a metal collar around its neck & attached to rope was wearing a child’s dress & was being used for photos with visitors. Elsewhere in the zoo there were also shows using tigers in which the animals had been trained to jump through burning hoops of fire, balance on podiums & stand up on their hind legs on command. Please share your concerns with: Minister Veng Sakhon, Ministry of Agriculture, Forestry and Fisheries, Cambodia - E-mail: info@maff.gov.kh Governor Khuong Sreng, Governor of Phnom Penh, Cambodia – Email: info@phnompenh.gov.kh & share this with your followers & tag people, celebrities, influencers & news media who need to see it so we can save these poor animals RIGHT NOW! #dontbuyaticket #endanimalcruelty #karmagawa

⚠️PLEASE SHARE TO SPREAD AWARENESS ABOUT THIS CRISIS!⚠️ These shocking images of the ocean plastic crisis were captured by cleanup crews just days ago off the west coast of Haiti. ⁠Huge patches of plastic pollution like this are created by the stirring of ocean currents and estimated there will be more plastic than fish in the sea in the next decade! ⁠The amazing @4ocean crew collected 2,222 pounds of trash from this patch within just a few hours and will be back to collect more, but we must all work together to end plastic pollution in the first place because it takes dozens or even hundreds of years for this plastic to decompose, all while killing any wildlife and marine life that encounters it. Making EVERYONE aware how urgent this crisis has become is the first step so please share this sad post with your followers and tag people, celebrities and influencers who need to see it too and encourage them to also share — let’s end plastic pollution NOW! #plasticpollution #endplasticpollution #4ocean #savethereef #karmagawa

⚠️PLEASE SHARE WITH YOUR FOLLOWERS TO HELP END THIS DISGUSTING ANIMAL CRUELTY!⚠️ A drugged tiger, is tormented by a tourist at the The Xiongsen Bear & Tiger Mountain Village, Guangxi Province, China. An estimated 8,000 tigers are kept in tiger farms across China as their bones are used for Traditional Chinese Medicine (TCM) and also for tiger wine, which despite NO SCIENTIFIC DATA WHATSOEVER, many believe acts as an aphrodisiac! We MUST save these poor animals by making EVERYONE aware of this disgusting animal cruelty so please share this sad post with your followers and tag people, celebrities, influencers and news media who need to see this and help us spread awareness about these disgusting and erroneous myths that lead to unimaginable acts of cruelty and eventual death for innocent endangered species like tigers and rhino! Repost from @@savewildtigers and photo by our friend @paulhiltonphoto #spreadingawareness #endanimalcruelty #savethetigers #animalsdeservebetter #karmagawa

⚠️PLEASE SHARE WITH YOUR FOLLOWERS TO HELP END ANIMAL CRUELTY!⚠️ Despite all efforts we lost the poor abused horse named Phoenix that we posted about yesterday. The incredible volunteer group @simh3it tried until 5 am in the morning and we are so sad and so tired but this tire is not a physical one, we are mentally shattered and tired of ignorant people who do not care about animals. This tragedy MUST be prevented in the future so please share this with your followers and tag people who need to see it as we MUST all remind EVERYONE that we MUST work together to stop cruelty like this, animals deserve SO MUCH BETTER! Rest in peace Phoenix! ❤️ #animalsdeservebetter #endanimalcruelty #saveanimals #karmagawa

⚠️PLEASE SHARE WITH YOUR FOLLOWERS TO HELP END ANIMAL CRUELTY!⚠️ After being used for transport, this poor horse was left on the side of the road after he fell and his legs buckled. He was left there for a several days, but now is finally receiving care by a group we know well and support. At the moment he is being loaded into a trailer and is on his way to a vet to see if he can be helped. While he is very sick and severely injured, he is currently receiving medical help and treatment. Fluids, antibiotics, and is set to be transported to a local hospital. His injuries and the abuse sustained is extensive, but if he survives, he will be taken to a sanctuary where he can live and be safe. @simh3it is the group assisting this horse and we can’t thank them enough — please share this with your followers and tag people who need to see it as we MUST all remind EVERYONE that we MUST stop cruelty like this, animals deserve SO MUCH BETTER! Thanks for sharing @animalhopeandwellness #endanimalcruelty #animalsdeservebetter #karmagawa

⚠️PLEASE READ AND SHARE BEFORE IT’S TOO LATE! ⚠️ A new digital clock unveiled in Manhattan’s Union Square over the weekend promises to tell you exactly how long the world has left to act before an irreversible climate emergency alters human existence. The Climate Clock unveiled by artists Gan Golan and Andrew Boyd warned at 1:30 p.m. Monday that there were 7 years, 101 days, 17 hours, 29 minutes and 22 seconds until Earth’s carbon budget is depleted, based on current emission rates. A total depletion would thrust the world into further turmoil and suffering through more flooding, more wildfires, worsening famine and extensive human displacement, according to the artists. The timer counts down how long it will take for the world to burn through its carbon budget if swift action isn’t taken to keep warming under 1.5 degrees Celsius. If Earth’s temperatures increase by 1.5 degrees Celsius, the planet will fall victim to extreme heat waves, fires, droughts and limited water availability, a 2019 NASA report on global climate change warns. The clock’s second figure, displayed in green, is labeled a “lifeline.” It tracks the percentage of available energy being supplied from renewable sources. PLEASE SHARE THIS POST WITH YOUR FOLLOWERS AND TAG PEOPLE WHO NEED TO SEE IT AS SPREADING AWARENESS IS KEY TO SOLVING THIS URGENT CRISIS! Caption by @washingtonpost #climatechange #climateemergency #countdown #karmagawa 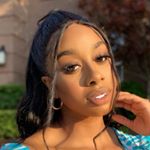 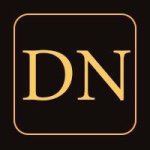 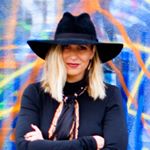 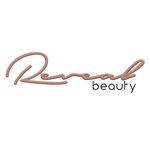 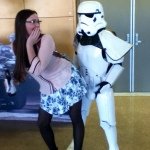 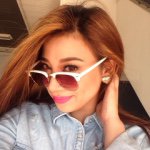 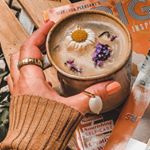 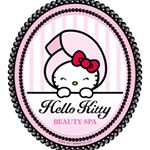 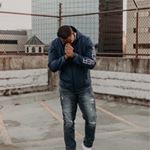 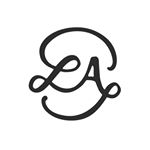 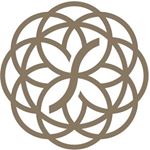 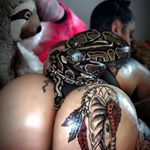 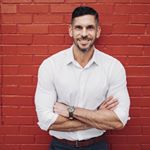 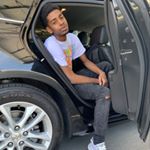 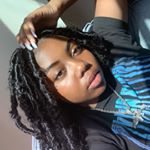