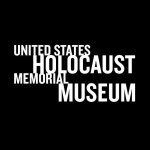 GENDER OF ENGAGERS FOR HOLOCAUSTMUSEUM

“For three months I was disguised as a man, and very successfully. . . . I passed my mother several times . . . she never recognized me.” Frieda Belinfante, a Jewish lesbian, used a disguise to hide from Nazi authorities. She went into hiding after many members of her Netherlands-based gay resistance group were executed in 1943 by occupying Nazi authorities. Frieda’s contribution shows us the complexity of choices made by a diverse group of people who helped others during the Holocaust. #LGBTQHistory #LGBTQ

The idea of Jewish control of the economy originated in the Middle Ages—a time when Jews were only allowed access to a few professions such as commerce and finance. The Nazi regime used similar myths to stoke fear in the German public about Jews. This page from the antisemitic German children's book "Der Giftpilz" ("The Poisonous Mushroom") reads: “Money is the god of the Jews. He commits the greatest crimes to earn money. He won't rest until he can sit on a great sack of money, until he has become king of money." Today, the myth of Jewish control of the economy lives on in conspiracy theories about the Rothschilds, Soros, and “globalists.” Image courtesy of bpk-Bildagentur

The Nazis persecuted a variety of different groups on ideological grounds. Their policies toward all the victim groups were brutal, but not identical. Here’s what to know about the persecution of gay men by the Nazi regime: Gay men were targeted by the Nazi regime because they did not contribute to the desired growth of the "Aryan" population and were viewed as corrupting German values and culture. Nazis believed that homosexuality could be cured and then those men could be reintegrated back into society. This was a significant difference from their beliefs about Jews and Roma, whose "threat" they saw as biological. Between 1933 and 1945, an estimated 100,000 men were arrested, and 6,500 to 9,750 gay men died in concentration camps. Even after the defeat of the Nazi regime, gay men in Germany continued to face persecution under Nazi-era laws. (Photo courtesy of Schwules Museum) #Holocaust #LGBT #LGBTQ #LGBTHistoryMonth #LGBTQHistoryMonth

On October 15, 1941, a deportation train left Vienna, Austria for the Lodz ghetto. Approximately 1,000 Austrian Jews were on board. This was the first in a major year-long deportation wave, which would ultimately see German authorities deport more than 150,000 German, Austrian, and Czech Jews to ghettos, killing centers, and killing sites in Nazi-occupied eastern Europe. The vast majority of them did not survive the Holocaust. Above, Jews are boarded onto the back of a truck during a deportation from Kerpen, Germany. #Holocaust #OTD (Photo Courtesy of Stadtarchiv Kerpen, Public Domain)

Holocaust survivor Elie Wiesel charged each of us to become personally responsible for preserving Holocaust memory. How will you heed his call? #Holocaust #QOTD #ElieWiesel

How does an ordinary German become a mass murderer? Johann Niemann was born into a peasant family in rural Germany. At 18, he joined the Nazi Party. He was not only a true believer in Nazi racist ideology, but also an opportunist seeking to rise above his humble origins. By his mid-20s, he became an expert in the systematic killing of people with disabilities, the Nazis’ first program of mass murder. His job was to drag the victims' corpses out of the gas chamber, remove gold teeth, and burn their remains. For this, he was rewarded with a promotion, at age 29, to deputy commandant of the Sobibor killing center, where at least 170,000 innocent Jews were murdered. Niemann was so proud of his "glory days" that he documented his career in private photo albums, which are now part of the Museum’s collection. The photographs show in vivid detail the topography of the killing center; interactions among the camp’s SS staff; and the role of women, including perpetrators’ wives and local female civilians. During a prisoner uprising at Sobibor on this day 77 years ago, Niemann was the first of 11 SS men killed by the prisoners. #Perpetrators #Sobibor

Under the most adverse conditions, Jewish prisoners organized and carried out resistance and uprisings in some Nazi camps. The carefully planned uprising in the Sobibor killing center began in the afternoon on this day in 1943. A total of eleven camp officials, including the deputy commandant Johann Niemann, were killed by prisoners in the camp. As the prisoners gathered for roll call, however, the remaining camp personnel became alarmed and opened fire on the prisoners. While members of the camp resistance who had obtained arms returned fire, over 300 prisoners fled from the camp. Many prisoners were shot during the escape or died in the minefields around the camp. At least 100 others were caught and killed during the massive manhunt conducted by SS, police, and German army units in the days following the uprising. Of the perhaps 200 escapees who were not immediately caught, only about 50 survived the war, often with the help of the local population or by joining partisan groups. All of the prisoners remaining in Sobibor—some of whom continued to fight with guns and axes throughout the night—were shot by the end of the following day on October 15. Soon afterward, the SS brought in a group of Jewish prisoners from Treblinka to dismantle the killing facilities and erase the traces of Sobibor's true function. In late November 1943, those Jewish prisoners were murdered as well. #OTD #OnThisDayinHistory #Holocaust

"Our future is lost and it cannot be changed,” Tola Goldblum wrote in one of her last letters. She found a non-Jewish couple who protected her daughter, Salusia, throughout the war. Knowing it might be their last goodbye, she gave Salusia a collection of family photos. Tola and her six-year-old son, Wolf, were murdered at Auschwitz-Birkenau. #Auschwitz #Holocaust #Children

A pair of shoes left behind after a deportation action in the Kovno ghetto. Jewish photographer George Kadish, who lived in the ghetto, captioned the photo, "The body is gone." Throughout the years of hardship and horror, the Jewish community in Kovno documented its story in secret archives, diaries, drawings, and photographs. Many of these artifacts lay buried in the ground when the ghetto was destroyed. Discovered after the war, these few written remnants of a once thriving community provide evidence of the Jewish community's defiance, oppression, resistance, and death. Kadish was one of the individuals who went to great lengths to document ghetto life. While the Germans prohibited photography in Kovno, Kadish secretly recorded the trials of daily life with a hidden camera placed behind the buttonhole of his overcoat. Many of his negatives and prints were hidden in the ghetto. Kadish, who escaped from the ghetto before it was destroyed by the Nazis, would later retrieve his hidden collection. He organized postwar exhibitions of his photographs for survivors residing in displaced persons camps. #Photographer #Holocaust #Shoes (Photo courtesy of George Kadish/Zvi Kadushin, USHMM Collection)

Teenagers Inge Helft, Lixie Grabkowicz, and Dela Hochberger were among 100 Jewish children from Germany and Austria who found temporary refuge during the Holocaust at a secluded chateau in southern France. They had lived there for nearly two years when Inge and Dela decided to join three other teenagers in escaping over the border to Switzerland. They left on New Year’s Eve 1942, hiking over nine miles and taking two trains—all while managing to stay undetected by Germans. But when crossing the border at night under heavy snow, they were arrested by a German guard. In early February, Inge and Dela were deported to Auschwitz from the Drancy transit camp. Lixie was the only one of this smiling trio to survive the Holocaust. On the occasion of the International Day of the Girl, we remember the teenage girls whose voices were forever silenced by genocide. #IDG2020 #Holocaust #DayOfTheGirl #InternationalDayoftheGirl 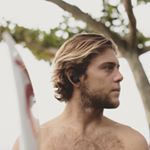 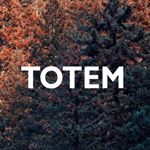 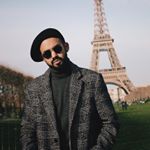 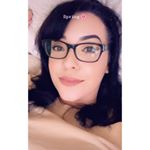 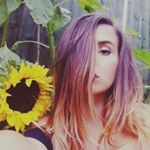 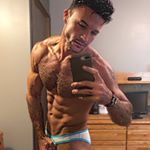 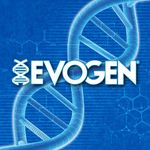 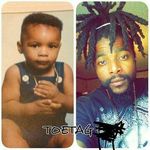 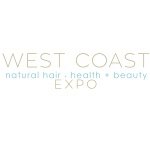 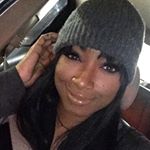 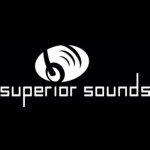 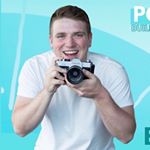 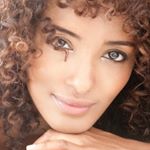