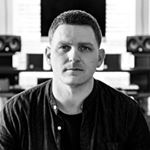 GENDER OF ENGAGERS FOR HAMRICK

Early voting is well under way in many, many states, including Texas, as of yesterday. With the clear likelihood of the president and his sycophants trying to claim an election day victory if in-person vote counts temporarily shade republican before mail-in ballots are counted, getting the November 3rd count as overwhelmingly high as possible is super important. Early voting also lessens the number of people that need to be at the polls on any one day, making in-person voting safer in a pandemic—if even just slightly—for those in areas like Texas, where no-excuse absentee voting isn’t allowed for non-seniors. You can go to vote.org/early-voting-calendar to see the rules for your state and get in if you can. . Long lines can be a great sign of an enormous swell of enthusiasm, but also a demonstration of the undue burdens that are quite selectively applied to make voting a longer and harder process for specific populations, and often, a combination of the two. At any rate, extended voting wait times should be expected. Bring an iPad if you have one, and if you don’t have them already, you can grab any of my brushes at the link in my profile for 50% OFF with the code ‘VOTEEARLY’, now through November 4th, so you have the best tools available to make great use of your time in line. — — Brooke and I were in line by 9AM yesterday, and while the line was far longer than it was four years ago, we got to be outside for about 99% of the wait, and were able to successfully cast our votes for @joebiden and @kamalaharris within just under 90 minutes, which we felt lucky for and more than happy to endure.

One year ago today, I had the great honor of officiating my second-favorite wedding I’ve ever been to (after my own of course, which will have been FIFTEEN years ago this Thursday!?!) for our dear friends @skrantonstrangler and @miller8n. Meeting these two was maybe the best thing to come of the time I spent working at Apple, and Justin and I’s shared love of making music played a big role in nudging me back into exercising that side of my creativity again. A thing that has brought me a lot of happiness in recent years when it was really helpful. . I’m so glad you asked me to be a part of the story you’ll tell about this day, and allowed me to bring the perspective of a close friend and a few laughs to your beautiful ceremony. I hope I made you as proud to have me there as I was and continue to be of you as you grow together and raise that adorable, precious @josiemillerlite. Love you guys. 🖤

For National Voter Registration Day, first, you should immediately check to make sure you’re registered (vote.org/am-i-registered-to-vote). All good? Great. . Now, I have another free card download for you to print and send to your senators. No one should be surprised at this point by the shamelessness and complete lack of integrity in the republicans of the minority-majority Senate. While not surprising, it does confirm one thing for certain: whether they're fighting for policies you agree with or not, they CAN NOT be trusted. . However irredeemable your senator may be, the least we can do is show them how many of us care about the integrity and fairness of our judicial system, and that we plan to vote on it. The volume of public sentiment matters. Let's get loud. . Head to the link in my profile to download your printable card—complete with RBG “Dissent” collar—with either a pre-written message for your good or bad senator, or space to write your own message. Let’s buy a bunch of fucking stamps (bonus) and flood the senate offices with a clear statement of our position on the proper way to honor RBG’s legacy. . These are totally free to download and use, but there is a quick, easy link on the download page to donate to @crookedmedia’s Get Mitch or Die Trying campaign, to fund all the Democratic candidates in winnable senate races in 2020, unseat Mitch McConnell as majority leader, and hopefully as a senator altogether (which raised over $20 million this past weekend alone 🤟).

We’re 46 days away from Election Day — that means only 46 days until we get to officially declare that what we need to get through the manifold crises we find ourselves in as a country is the leadership and empathy of @joebiden and @kamalaharris, and that we can’t afford four more years of the divisiveness and lawlessness of Trump. . If you’re in Texas, we only have 25 days until we can vote early on October 13th, and some states are voting already! Let’s get excited about voting for Joe, and even more excited about getting back to being a country we can be proud of. . Thanks to my friends @adehogue and @jessicahische for initiating this and encouraging all of us to #riseupshowupunite for Biden and Harris!

It’s often fashionable to casually remark about how votes in certain states “don’t matter” because they’re so dominated by democrat or republican voters that one individual vote’s impact seems immeasurably small. While there are many reasons, in any election, to call that a foolish view of our democracy, it’s especially untrue in 2020. . Sure, your one vote for @joebiden in California or New York may not be the tipping point to give him your state’s electoral college votes, but in an election where Trump will absolutely do anything he can to claim and convince people he’s been cheated, we need the popular vote margin to be so unmistakably massive that there can be no doubting the overwhelming rejection of this would-be autocrat and the supporters who would make him president for life. . This time—Every. Vote. Truly. Counts.

After listening to far too much of the fear mongering marathon that was the RNC last week, and with all the events that have transpired since, I couldn't help but keep thinking of these lines from the song my son and I put out last year about gun violence. I was writing mostly about the trauma of a school shooting—which fortunately (I guess?), the pandemic has made a far less common occurrence in 2020—but there are many thoughts in there that feel all too relevant still. . Seeing people like the McCloskeys in St. Louis aiming assault rifles at unarmed protesters, and hearing so many like them talk of the "fear" they have of their fellow citizens—most of whom only ever armed with signs and words, asking merely to be treated equally—is truly baffling. You perceive others to be a threat, based on unfounded fear and generalizations, and are so blinded by that world view, that you can't see how wildly lopsided that power and threat level is. You're literally armed for war against people who would like for you to simply agree that their lives matter, and support a shift to being a society that's more demonstrative of that. . Change can be scary, sure. The world will have to look and feel a bit different for real equality to exist where it does not today. You know what's scarier, though? Someone who's "afraid" of everyone that doesn't look like them or "belong" in their community—and has a stockpile of machines made for the sole purpose of killing other people. Having a gun for self defense is one thing. Some are inarguably for offense. Stop kidding yourselves.

I started working on this design over the weekend for another collection of print-your-own cards that people could download for free and send to their representatives and senators, to both support the USPS by buying stamps, and let congress know they are NOT okay with the deliberate crippling of the crucially important postal service. . However, right about the time I started wondering if it’d really be a great idea to encourage a lot of EXTRA mail being added to the already backed up system, our republican super-donor Postmaster General announced that they’d be halting changes until after the election. No word on whether the changes that have already been made will be reversed, or if mailboxes and crucial sorting machines will be put back, but for now, I can’t see a way for this card to be helpful, outside of sharing it here as an excuse to talk about the issue, so here we go. . EMAIL and call your congresspeople, buy stamps for later (you can do this online now!), and vote as early as possible where you are, whether by mail or in person to make sure that all of our voices are heard and people can be as safe as possible. This administration has clearly determined that it’s not in its interest protect us.

This day was quite a popular date over the years, according to my Social Media Memory™. Three years ago, I was posting about the @krinknyc tag I’d just done at @cottonbureau’s old HQ in Pittsburgh, and teaching a workshop at @friendsworkhere in Brooklyn as part of our nationwide summer workshop tour, two years ago, I was getting a world-class walking tour of Brisbane by @george.takes.pictures and @dominique_falla after keynoting @typism in Australia, and six years ago, I was starting my first of several commissioned works for @lululemon’s Texas retail stores. . Sometimes those memory reminders are a wild showcase of coincidental timing. 😎

July 24th is an important day for my family and me every year, but yesterday marked a new threshold. Sixteen years ago, one day would divide nearly my entire life in half. . For sixteen years, I spent virtually every day with my little sister Lindsay. She was four years younger than me, which gave us just enough distance to avoid most of the problems that come with siblings being of similar age and going through life events and experiences at the same time, while still being near enough to actually relate to each other and be close. As much as I love my brother Jonathon and second sister Alex, their being so much younger—and in Alex’s case, two states away in distance—just naturally put us in different worlds from each other in so many ways. . Yesterday officially marked sixteen years since we lost Lindsay in an awful car accident, just a few months after her sixteenth birthday, and just moments from home. We’ve now been living without her for as long as we were lucky enough to have her, and it cuts me in two in so many ways. . Half of me is relieved on some level that she doesn’t have to witness the world as it is right now, these sixteen years later. Sure, we had plenty of problems in 2004, but as 20 and 16 year-old kids of substantial privilege, they were far less consuming and omnipresent, and you could reasonably go about your life without worrying about them day to day. . The other half of me, however, can’t help but wonder what a formidable force she would be for good right now, and to what extent the world might be missing what she would have brought in this moment. Even at sixteen, she was already incredibly determined and strong-willed, was a fierce advocate for the things she believed in, but most importantly, did it all with love. What I wouldn’t give for even a glimpse at what she’d be doing and who she would be if she were here today. . The last sixteen years have been some of the best of my life, and I wouldn’t trade them for anything, but those sixteen years before, while not enough, were made just as great by having you in them, Linz. Love and miss you. 🖤 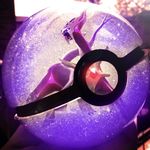 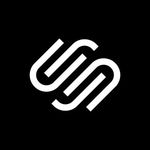 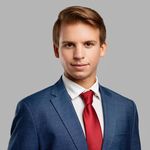 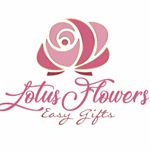 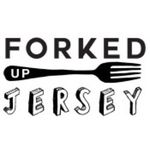 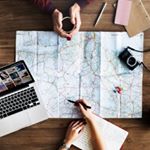 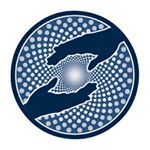 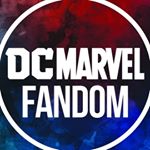 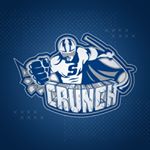 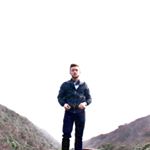 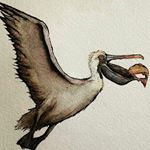