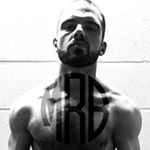 GENDER OF ENGAGERS FOR GODSGIFTMRB

Pushing past my own limits I set on myself is very rewarding and something I didn't expect. I had resigned myself to thinking even with legs it would be a good while before I truly pushed anything other than high rep, very lightweight stuff. Well, since I've gotten into the swing of everything and been given that confidence to push harder as long as it remains in a safe manner on my left shoulder/pec through @pinnacletsp that mindset has totally changed. 305x1 in the first video followed by 185x32(sped up as it was a 3 minute set in real time) thanks to the random number generator in the second video. Being able to keep doing this stuff is keeping me sane and honestly, I swear it is a big part of why my progress has been faster than even I expected. Everytime I push hard like this, my pec feels better, it's like my body just wants to heal it stronger when it feels the rest going hard. It's the best. If I'm going to comeback better than I ever was, I can't stop, so I won't. Too many people to prove right and too much to accomplish still to slow down.

When you know your "Why?" it's incredible the things you can do. Physio is in full swing and thanks to Matt & Thomas over at @pinnacletsp I've got the confidence & safe guidance to push harder than I even thought I'd be able to. Part of that confidence means I'm a bit more comfortable trying to push a bit heavier with the workouts I can do. The video shows 255x3 with my makeshift safety squat set up. I can't begin to explain the excitement I have with how things are progressing. Long road still, but I'm moving along in leaps instead of steps. Being so diligent with my stretching, exercises from physio and still pushing hard like this with what I can do for the systematic effect of well being and repair it gives the body is what is making that happen. The push isn't going to stop. When this all over I'm coming back better than I ever was. There are many more moments like the picture in slide 2 to be had, many more goals to crush, too many people to prove right and an obsession with helping progress everyone around me to slow down. I have my "Why?".

Far from an ideal set up from yesterday but I'll take what I can to keep pushing. I can't stop, I have to come back better. The big physio push starts today. Light weight, high reps to stay safe. 95lbs for 10 sets of 25 reps. Each set supersetted with 50 sit ups. Video is the 10th set. The straps let me keep a tight hold with the sling hand safely without any pressure on my shoulder so the bar stays square on my upperback/shoulders and balanced by my right arm.

Got to an actual gym for the first time since surgery yesterday. So of course I chose to do a @tjwilson711 style card deck workout. Upperbody right side only. Only went with weights I waa totally comfortable with hitting. 60x4 in the video on Incline DB Press because I have one good pec still, so why not?😂 I've read a bunch of studies claiming that working out the uninjured side still can carry over to helping the injured side both recover faster and maintain the movement pattern. May as well test the theory. Better than the best and coming back better than I've ever been. I can't let myself be any less.

Stitches came out today. Range of motion is coming back, slowly, but it's coming. I can't push the pec itself and recovery procedures to the level I'd like just yet. Gotta respect the process and give it proper time. But with the wound closed, it means I can crush other goals and push my limits on things that are pec friendly. So today I broke my record for continuous bodyweight squats. This is the result. The most I've ever done is 2500. Today I did 3000. Sling and all. Slide #1 is my FitBit stats after ending the workout. Slide #2 is me looking like death and dripping sweat from them. Slide #3 is a timelapse sped up to 25x speed of the last 1000. Only "breaks" were to mark a tally on paper for each 100 I completed to keep track. There is no doubt in my mind I'm coming back better than I've ever been. I was worried this was a "pause" button being hit on my goals but fuck that. There isn't any "pause", just a bonus level and a detour on the way to the final boss.

Took the dressing off and saw the wound for the first time today. I also took the sling off for the first time and did a few very light movements to keep my shoulder joint mobile as suggested by my surgeon. It hurts still. It looks gross. It feels weird to be so happy just to let my arm float. It will scar. But above all, it will heal and this is progress moving forward already. I can't wait to really push it to the limit in a couple weeks when it's time to start the real physio.

About 6 years ago I had a match which the clip on slide one is from. On that kick and flip over the ropes, my left pectoral tendon tore off the bone. You can see my left arm almost stops working and I immediately knew something was wrong. Over the next 6 months after that clip I saw 3 different doctors, had 2 Ultrasounds and an MRI. Despite all this and an inability to even do one single push up during that time. I was told it was just a muscle strain and to just rehab it. So, I learned to live with it. I rebuilt myself to being able to do 100+ push ups in one shot, to benching at least bodyweight again and more, with a fully torn pec. Every match I've had in the last 6 years, every crazy moment I've become known for, every goal I've accomplished, was done with a fully torn pec. Because I thought I had no other option, I didn't even know it truly was torn and I wasn't about to stop pushing. Around the beginning of this year I got looked at by a new doctor who told me straight away it was obviously torn. Then I realized, to continue pursuing my dreams and reach my goals, that meant I had to get it fixed. No matter what. I found a surgeon who would and could fix me. I've been scared, nervous and wondered if this was the right call. With the support of so many amazing people in my life. Especially one man in particular who has done more for me and influenced me as a human more than I can ever describe. I was able to pull the trigger and get it done. Today. I got this torn left pectoral I've fought through for 6 years repaired. Slide two is the first pic I've taken after. It's the first pic to document this journey to being better than I've ever been. My road to proving everyone who has supported me right. I'm not going to waste that support, I'm coming back on an entirely different level. I promise. 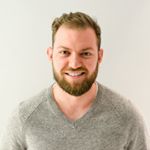 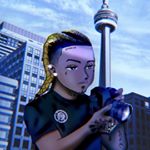 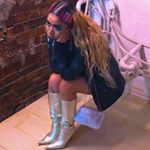 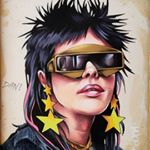 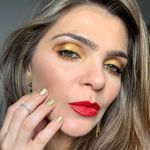 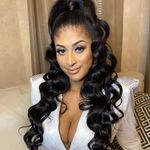 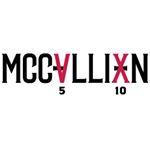 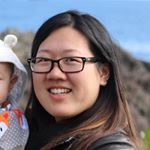 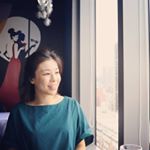 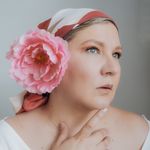 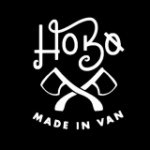 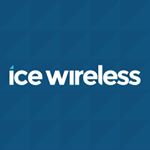 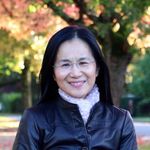 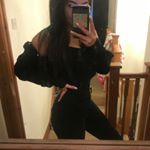