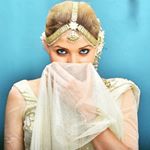 GENDER OF ENGAGERS FOR GENIA_ADVENTURE

I'm afraid to drown Even in a pool, even at a knee-deep, I’m panic-stricken when lowering my head into the water. My mind refuses to understand that while seeing the blue depths of the water it is possible to take a breath and it will not be the last one. Today I did it! I overcame this #fear! It prevented me from swimming, although I am Bert good in water. I shoved myself into the water by force and, through fear, inhaled. And nothing bad happened!!! Like when I started traveling alone around Asia without money, or when was getting to Sorbonne or starting my project. The first step is all we need. Now #snorkeling is my favorite water activity ❤️❤️❤️ Record dated 12/12/2019 because an electric fuckup happened on the island of #Zanzibar yesterday and we all got an Internet detox for a day due to burnt wires and cables. #Holiday #honeymoon #Tanzania #travel #Africa

You need to get used to everything, even to good things. Only today, on the fourth day we realized that we are on vacation, not on the race, exhaled and relaxed ⠀ Hurrah Hurrah! #Holiday #honeymoon #Tanzania #travel #Africa #Zanzibar

Today we’ve got very tired RU👉🏻@genia_tkacheva ⠀ A tour to the spices plantations, to the old slave market and the central city of Zanzibar, Stone town took 9 hours in 32C and so on, but when we got back to the hotel we fell on the bed and began to think why the heck we are tired. ⠀ In fact, we had a personal driver and a personal guide, we were taken along prepared routes, we were chewed for and entertained the whole way. But we have not even been able to speak for the last 2 hours. ⠀ OR it is ages, OR excess information. ⠀ Therefore, I am very happy that I did the craziest trip of my life as a hitchhiker in Asia for a year when I was 26. Now I wouldn’t be able to handle it. ⠀ #Tanzania # travel #Africa #zanzibar

The first days in Zanzibar, the first days of a dream comes true. RU👉🏻@genia_tkacheva We spent 23 hours to get here and it was worth it. We are extremely sleepy, shaking of it, but still we go and look around and talk with all the locals. ⠀ For long time I was dreaming about Africa, but traveling here alone is risky, so I had to get married first. It’s easy to get here, many cities have direct flights, hotels are not expensive, we pay about € 55 per night, breakfast is included. ⠀ Visa cost $50, you can apply online and get it in 2 days. You don’t need to go anywhere, prepare kgs of documents. Or you can buy a visa on arrival at the airport or at a border crossing for the same money. ⠀ Therefore, for whom #Africa is a dream, it's time to make it a reality! It is not difficult! ⠀ In the video you can see how to tie a scarf in a local manner, and also how local kids beg for money from white tourists. Not arrogantly, but your soul is torn to pieces. ⠀ #Tanzania #travel #Africa #Zanzibar

You do triathlon, you must have good genetics ... @diego.mora.cespedes ’s been said now by everyone who did not see him 2 years ago. If you met him then, you know that there was no person less athletic and less interested in sports. Kebab for lunch and dinner, a bunch of chemical yogurts for breakfast, sweets, tons of cola. Now he can swim 4k, do 180k on the bike, immediately after run a marathon and not die. He lost 25kg, got wound up with muscles that he had never seen in his life and feels happier than ever. This is not genetics, this is work. We are taught from childhood that we can be good in mathematics, physics, the exact sciences OR in literature, history, languages, other humanitarian disciplines OR sports OR something else. It is not true. We are good at what we invest work and time, energy, sweat and tears in. What we bring ourselves to the limits for, what we read, talk and dream about. This is not always nice. Sometimes it hurts, sometimes it scares the shit out of you, sometimes things go so lousy that you cry alone from the seeming injustice - so much effort has been invested, but there is no result. And this is the most shitty lie that we also have been taught from childhood: “If it’s yours, it’s easy!”, “If this is what you are made for, you should enjoy everything from the beginning to the end!” And so on Dangerous bullshit! Everything good has a price. Sometimes you need to grit your teeth. Sometimes you will fail, lose, then you learn something. When the child takes the first step and falls, they don’t wave a hand at him: “Ah, that’s just not his thing ..” He tries again and again, smacking his head in the jambs, cries, but continues to try. And if you or me a meter and a half more growth than then, this does not mean that you should abandon the most ingenious, nature-based tactics of personal growth.

I am 31 and I: 📍7 years worked as a lawyer 📍visited 21 countries in Europe and Asia 📍 were hitchhiking for a year in Asia alone and without money 📍survived deportation from Afghanistan 📍 learned English on the roads of India, Sri Lanka and Nepal 📍lived in Vietnam for a year, were teaching children English 🙄 ⠀ 📍learned French in my parents' kitchen in 3 months and entered the Sorbonne 📍lived in Paris for a year 📍117 days ran daily through pain (BAD for the body, GOOD for the spirit) 📍broke out of middle-aged depression 📍got married sowed my wild oats enough (do you really can say it in English? 😅) 📍have been living in Berlin for a year 📍ran my first marathon in 4 hours 34 minutes 📍organize trekkings in Nepal for the most daring ones and love it ⠀ I didn’t do well and did not push enough: ⠀ ❌ I don’t speak French because of a long study break - now I learn it every single day ❌ I started and failed several projects (including the loss of decent money) due to my endless ardor and lack of research - now I focus only on a couple of the most important tasks (I try) ❌ I injured myself a lot while running and were constantly blowing the schedule - now I take running seriously ❌ I studied Spanish sparingly - now I made a difficult decision to put it in the queue until I speak French ❌ I was often (and i am) quick-tempered and rude with people who love me - I realized that and I’m working on it ⠀ To determine where to go, you need to understand where you are - this is the meaning of this list. ⠀ Try it! Take your time and return to the list again and again. Play with the lines. Do not be afraid to praise yourself, you deserve it. ⠀ I liked it!

Mom, dad, your daughter is a marathoner! ⠀ Yesterday's marathon happened for me solely because I was talking to myself all the way. It was very rainy and very cold, so it was necessary to convey the idea to my own head intelligibly. The first 10k I fly like a bullet, I’m having pure joy running in Berlin, especially because the first 10k were passing through my area. ⠀ When 10k are behind, it‘s time to decide what next. The goal is to run a good half marathon. Ideally, break my personal best. ⠀ When the watch measured 21k, I begin to think about the next section of the route. It is a 30k frontier. I ran 30k before, so I decided to run the best 30k in my life. After all, the first marathon should be romantic, right?! I concentrate exclusively on this section of the track. ⠀ It was painful and difficult, but when 30k were covered, I feel much better. Firstly, I finally get a part of the distance that I had never experienced before in my life, and I‘m highly curious to find out how my body is going to react to a new challenge. And secondly, there are only 12k left (in fact, almost 14, due to the large number of people who had to run around). At that moment I think: “So, this is the usual distance of my regular run (actually my usual run is 10k, but where is 10, there is 12, right ?! ?!), I don’t die when I run 10k, so I won’t die now! ⠀ The most right decision of my life is made here - no matter what happens, do not walk nor stop. Here, Diego scolding me for pauses while running, and the book about running of Haruki Murakami (the first book about running I read got freaked about 7 years ago) worked in perfect symbiosis. ⠀ I felt blisters bursting on my toes, as my feet swollen from the squeaking water in the shoes. Despite the fact that we had been running for 3 hours under the rain, not only ordinary irrigators, but fire engines stand along the highway and water us. With not such weak pressure. ⠀ At the 24th kilometer, I caught the moment of running music: the wind died for a few seconds and I can hear the simultaneous popple of water in the running shoes of runners around me. Bird singing for my ears! ⠀ The rest is in the comments 👇🏻

When you didn’t travel for a while and miss it, you can #travel your own city #berlin #germany #berlinstagram

#Veganism is harm! Anyone would say that... correction: that’s what everyone who saw me after 4 years of vegetarianism, then veganism with jumps into #rawfood, #fructorism and other isms told me. ⠀ I’ve got very fat, flabby and gray, my hair, skin, teeth and health were flying from the cliff of my idiocy and did not even wave my goodbye. The thing is that I was lazy to do calculations, whether I consume a sufficient amount of proteins, fats, carbs, vitamins, nutrients, and other vital substances. I just didn’t eat animals. ⠀ That’s pretty much it. ⠀ I was too lazy to think further, spending time searching for a variety of ingredients was counterproductive (in my opinion), and nutritionalism caused yawning and rejection. I’ve got what I’ve got, and quite deservedly. ⠀ Two years of recovery took place and .... @Diego.Mora.Cespedes decided to switch to veganism. 🤦🏼‍♀️🤦🏼‍♀️🤦🏼‍♀️ I obviously did not hit in ecstasy and did not blow into fanfare. I tensed. ⠀ Walking on the path of a food idiot the second time is not appealing to me. ⠀ Therefore, this time, since my hubby is determined, I have to turn on the brain to cooking. ⠀ Books are ordered, new recipes are gradually being implemented in the daily menu. ⠀ The first one is: Creamy coconut paprika zucchini soup 〰️〰️〰️〰️〰️〰️〰️〰️〰️〰️〰️〰️〰️〰️ #Vegan#glutenfree#nutfree#onepot Yield: 4-6 servings Prep Time: 10 min Cook Time: 20-25 min Total Time: 35 min ⠀ INGREDIENTS 1 tsp (5 ml) sunflower oil 2 yellow onions, roughly diced 2 cloves garlic, crushed 2 cups (500 ml) water 2 vegetable boullion cubes 1 zucchini, roughly chopped 3 bell peppers, roughly chopped 1 tsp (5 g) ground coriander  1/4 cup (62 g) sun-dried bell pepper (aka paprika) in oil - I didn’t find this one, but it still was perfectly delicious 😋 1 can (400 ml) full-fat coconut milk This recipe belongs to @pickuplimes, she has a very beautiful YouTube channel, where I found this recipe. I sincerely recommend visiting it 👌🏻 ⠀ Directions are in the pictures 👉🏻 ⠀ #vegan #veganrecipes #veganfood #veganlife #vegansoup

We’ve got married in the most romantic place in the world, on a danish island Ærø covered with wheat and rye and hidden somewhere in Baltic Sea ❤️ We are happy and inspired by this moment! I love you @diego.mora.cespedes 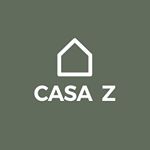 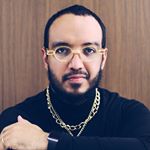 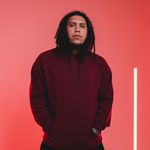 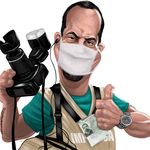 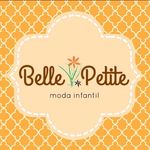 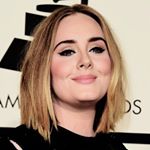 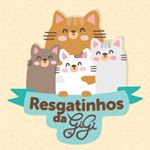 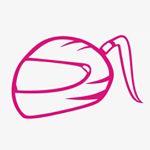 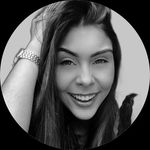 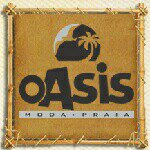 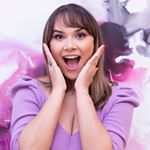 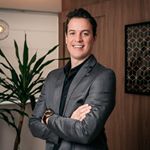 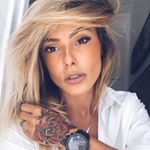