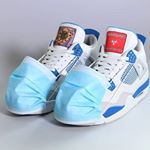 GENDER OF ENGAGERS FOR FREAKERSNEAKS

Truth and predictive programming in video games. If you don't know what predictive programming is, look it up. If you don't think we're being massively manipulated to give up our freedom in exchange for safety, then an awakening needs to occur within yourself. Once you see it, it's blatantly all around you. The revolution may be televised, but it will be a controlled one. True revolution starts from within. Let it not be The Last of Us. Don't be a sheep, wake up. We need to fight for what's ours. Let the rEVOLUTION begin....GAME OVER for the 'system'... 🎮

My last couple of posts seemed to have triggered a few of you out there. I am in TOTAL understanding and acceptance of this, however dissapointing it may be. It is standard reaction when faced with conflicting information that threatens one's illusions. Ridicule and verbal battery is common procedure when presented with an alternate view of the reality we find ourselves in. I have always felt that something in this world wasn't right. I think most of us as children had faced this feeling at some point but as we navigated towards adulthood, life had a way of supressing the wonder that so often children are enchanted by. My hopes and dreams of escaping the seemingly normal 9-5 by participating in a sporting career had failed due to injury and other reasons. Attempting to acquire fulfilment in other avenues, I had an artistic aspect that I knew I could 'fall back on'. This was somewhat of a saviour, however life was proving to get the better of me and failure seemed to linger around me as if possessed by it. In 2010, a small spark appeared to jolt me into questioning my life and reality. I was thrown into a whirlwind of minor revelations as I took advantage of the age of information. "The white rabbit" is a signal that we are about to embark on a journey unknown, often symbolising a spiritual pursuit. Although I was following it, I found myself at the darkest point of my life and I reached absolute rock bottom. I reached the point where I gave up and was ready to cowardly hand my life over to the 'other side'... That's when it happened...That night, through the dreamstate I was handed the Gift of Life. I underwent a MASSIVE spiritual awakening to the point that the morning after I no longer was the person I was the night before. Words cannot possibly describe the ecstacy as my heart was filled with unconditional love for all things. I felt a supreme connection with nature and everything around me. My subconscious mind was made conscious and its as if I my EYEs were opened for the first time in my life. You see, allegorically, We are ALL Neo from the Matrix, if we choose to follow the white rabbit. Like Morpheus said... (continued below)

It's time to expose this psychological operation for what it is. For those who see and are aware of the ruling force of this planet, it is crystal clear. Let's get something straight, anybody transitioning from their physical body (dying) is something hard for us to deal with. However, all may not be what it seems from your not so trustworthy propaganda news stations. Research 'germ theory' and you will see that it is just that. A theory based on fraudulent assumptions in order to establish a trillion dollar medical industry. There has NEVER been any proof that viruses cause disease. In fact we have billions inside our body created by our own body. They are not living entities. The symptoms of 'flu' is actually the body cleansing itself of toxins. FEAR is being used against from the movies you watch to rob you of your reasoning and our freedoms. It has been a longtime plan to destroy the economy and the middle class in order to implement a one world digital currency with massive increased surveillance. What do you think 5G is for? Bill Gates is NOT a doctor yet we seem to be waiting on further instructions from this eugenicist to come and save us with likely a digital form of vaccine. Those who do not conform will be classed as a 'danger of infection' to the rest and life will be made difficult. At ANY time there could be blanket coverage from MSM for heart disease or any other of the ways people die everyday, but they are using a 'killer virus' as a scapegoat to usher in new restrictions on our freedoms. This is a war on consciousness and the liberties of the people. We must stand as one and recognize who the enemy is. Knowledge of the enemy is the golden key that opens the gate to a future free of tyranny and slavery. #PleaseWakeUp #ILoveYou

This is too big to stay quiet. And as the majority of the world seems to be or will be in quarantine, allow me to share my thoughts on the situation. If you're not interested in what I have to say, simply scroll ahead. This is how 'eye' see it. 👁️ ¬ This is by far the biggest sheep herding operation in recent times. While we are told to be in fear and panic about a supposed virus that is spreading throughout the world, our liberties and freedoms are being stripped away from us. This has clearly been planned from who knows when, but 2020 seems to be the year where they're attempting to take one giant step closer to their New World Order. (Rule of Law) Some of you will laugh at the mere mention of those words George Bush Senior was not joking when he told us this back in the 90's. ¬ 'Order Out of Chaos' is the simple code that the global control system operates by. This psychological operation is a perfect method to destroy global economy, make us frightened of handling actual 'real' money so that they can implement a cashless worldwide society. The chipping agenda has long been one of their biggest goals but how would they get the public to consent to it? Fear is their biggest weapon. The mainstream hypnotic media is their best way to spread the propaganda and brainwash the masses with constant barrage of images of supposed death and terror in order to reduce our critical thinking and become more passive to supposed 'solutions'. ¬ Research for yourself, the Rockefeller foundation: Scenarios for Future Technology and International Development. Go to the 'Lock Step' chapter, page 18. Couple this with ID2020 (Digital ID) and with all the drills and exercises that have taken place within the last two years for a supposed actual pandemic to take place. ¬ There is a war on freedom and human consciousness taking place. It is our own responsibility to take back our minds, become aware of the agenda so we can then stand TOGETHER in total awareness of the tyranny that is being initiated by global think tanks and the 0.1% so that a true planetary revolution can take place. Awakening from the mind control is where it starts. ✨🧠✨

☣️ Air CoronaIVirus™ ☣️ ¬ So, even though the meme may not be factually accurate, it does however indicate the methods often used by the global control system. This whole virus outbreak malarkey is purely FEAR based propaganda that was likely planned ahead of time by global leaders/federal bankers, sitting around a table discussing ways to manipulate the stock market and to further restrict our freedoms. ¬ *cough* ¬ FEAR is their number one tool they use to primarily lower our immune systems AND make us more passively accepting when governments offer 'solutions'. There are already new regulations introduced in the UK to provide new power to police to allow them to detain and direct individuals suspected of having the virus. The facts are that way more people can die from the common flu but you don't see mass hysteria via global media covering this throughout the year. ¬ *cough cough* ¬ If you have to, watch the news carefully and skeptically and you will notice that they never show proof of anything. They use frightful images and crisis actors who sell out in order to push the global elites agenda. So please, there is really nothing to fear. Just like swine flu, Ebola and all the rest of them, this will be over as soon as desired affects have taken place. ¬ *cough cough cough* ¬ "As long as enough people can be frightened, then people can be ruled. That is how it works in a 'democratic' system and mass fear becomes the ticket to destroy rights across the board." - James Bovard 😷 ¬ #CoronaVirus #Fear #Research #CrisisActors #Custom #Jordan #FREAKERSNEAKS

If you don't Jump to the question, how can you ever know the answer?✊🏽❓🍄⭐ ¬ #SuperMario #Jumpman #Nintendo #Retro #Jordan #Custom #FREAKERSNEAKS

It would take an average sweatshop worker 44,492 years to earn Michael Jordan's annual endorsement fee from Nike. (1999) × When you buy a pair of Nike shoes, you are supporting a global economy which allows corporations like Nike to amass HUGE profits while workers barely earn enough to feed themselves. Just THINK about that. × "But Nike are creating jobs.." No. That is a colossal misconception. The Indonesian elite have sold out their peoples by taking a massive paycheck for allowing inhumane working conditions at factories surrounded by barbed wire and an armed police force. This is not a job, it is SLAVERY. Pure and simple. × "But Jonny, why do you even care?" Because I have chosen to live consciously with Compassion and Empathy being my primary driving force. If you don't care, then these are what you lack. × "But Jonny, you're literally shooting yourself in the foot as sneakers are your primary income!" Well, I no longer wish to support companies like Nike unless there is a drastic change in their regulations towards their workers. I also have witnessed the sneaker culture regress to the state it is today driven by mindless hype by the Internet and social media. Illusory celebrity driven hype in my opinion has destroyed the culture that I was once whole heartedly a part of growing up. × We the people, have the power to promote change. If we don't, the world really will become the dystopian scene often portrayed in 'fictional' movies. × #NIKE #FREAKERSNEAKS

Today, Facebook reminded me that I posted these '8' years ago... Last night LeBron passes Kobe in total career points. Then I hear the absolute tragic news of Kobe Bryant's passing leaving behind daughters and a loving wife. Why did the universe take him like this... Why... I'm so shook right now... #KobeBryant #Legend 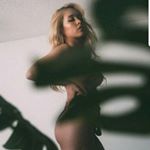 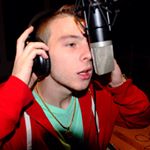 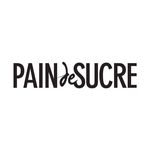 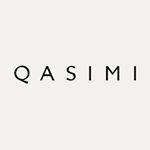 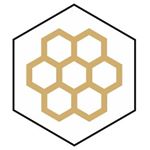 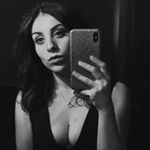 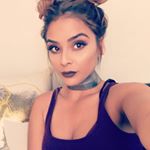 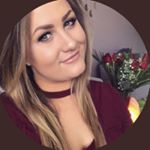 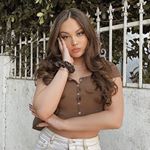 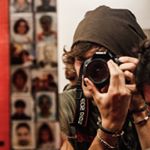 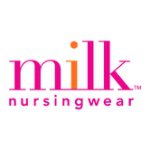 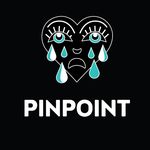 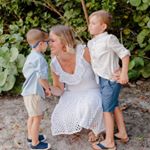 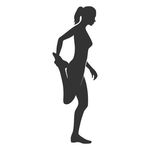 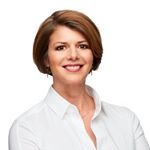