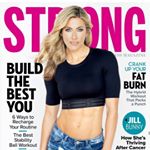 GENDER OF ENGAGERS FOR FITBUNNYJILL

If this resonates with you at this moment, simply comment with ❤️.

I can't do a photoshoot until... ➡️ I am lean enough. ➡️ I dropped enough weight. ➡️ The cellulite is gone. ➡️ I am stage ready. ➡️ I can put on a bikini. My question is, Why? 💁‍♂️💁‍♂️ Honesty, please don't just skip the post or hit the ❤️ button and ghost 👻. I would really like to know what you or someone you know, has said about not being ready to do a photoshoot. I myself had previous rules about doing photoshoots, that I happily put to rest. I feel this issue needs to be addressed, especially in the fitness industry... It's time to share our thoughts on photoshoots so we can break the stigma on what 'prerequisites' we think are required. (Together we can create a solution). #photoshoot #cbt #raiseawareness #fitnessculture #photooftheday #eatingdisordertalk #makeachange

Ditch the suffocating rules that hold you back from encapsulating the genuine smile you are meant to project to the world.  The rule I ditched this year, that truly changed the trajectory of my life's path: ⛔ I have to fix __________. (Included people, situations and circumstances). ⭐ When I no longer played the role of lifeguard that: ➡️ Felt the need to pull everyone to safety. ➡️ Cowardly stood on land dictating orders.  ➡️ Anxiously treaded water because I hadn't dealt with my own issues. ⬇️⬇️⬇️ Was the day I began swimming alongside those in distress, supporting them to get through their own riptides.  ⬆️⬆️⬆️ ⭐ It's ok to change a rule that no longer serves you. ⭐ Comment below with one rule that you are ditching! ⬇️ #7amcrew #cbtfitness #ditchrules #anxietyawareness #fitnesstherapist #teambunny

Sorry but with all the trends that come and go - my body is not one of them! If you are constantly trying to match your body to seasonal trends, you are in for a boat loads of frustration and discontentment that can wreak havoc on your self-worth. Ask yourself... do you really want to be spending time on that? If you are adopting a trend from a place of self-acceptance, rather than insecurity or people pleasing (Yes this includes social media "approval") I say... GO FOR IT! But know this... You are worth so much more than that! Your proximity to those trends can't even begin to comment upon the value you have as a multidimensional complex human being. I’m curious, what trends did you follow that you can't help but laugh at now? ⬇️⬇️ For me.. those damn pencil thin eyebrows - Plucking HURT! And don't get me started on the big 🍑 trend... Not going to happen for this bean pole 😂 bodyimage #cbt #fitnesscoachturnedtherapist #selfworthiseverything #changeispossible #trendingnow

⛔The gym shut for a second time! What am I going to do? 💁‍♂️ 💪 COMPETE! 💪 I plan to compete against myself by beating my last lockdown physique. I will prove to myself that no matter what, I am in complete control. I will never give up on my health and fitness. Here is the truth... ➡️ I do not have fancy gym equipment in my home. ➡️ I will have to workout with a booty band, kettlebell and 9lb set of dumbbells. ➡️ I will need to use the outside parks and walking trails for cardio. ➡️ I will need to use the CBT-Fitness skills I have learned and re-do the 4 Week CBT-Fit Course. (Link in bio) I flipped the narrative last night, and instead of feeling defeated, I feel empowered! I want you to feel inspired as well... do not let your mental health decline. Join me, whether or not your gym is shut. Let's start 4 weeks of mental fitness training - starting with Day 1 - creating an advantages list! For the next 48 hours I have created a code: lockdown_challenge to get $60 off 4 Week CBT-Fit Course. Ends Tuesday October 13th.(Made it easy for you...just click link in bio!) PS - If you purchase and are a fitness entrepreneur, send me a message - @kristencrowleytv and I will gift you something very special! @reframeyourbiz

You can advance far beyond past hardships that eventually they will have been the best things that ever happened to you. This will prove to you that you are resilient and competent enough in a world outside of your control. Most of the worst things that ever happened to me turned out to be the best in retrospect. Yes that includes a divorce, eating disorder, cancer, MS, and tragic losses of life. Those experiences required plenty of pain and deep thought, but they were necessary stepping stones on the path I’m walking, right now. As a matter of fact, they granted me with useful stories to share. If IG algorythm happened to land in my favor and you are reading this post, please know that your hardship will turn into a beautiful story of trimpuh, that will also help others heal. #triumph #teambunny #HealthForAll #fitnesscoachturnedtherapist #cbt #mentalhealthmatters #changeispossible Photography 📸 @allenlhgfx ❤️ can't wait to shoot again soon. Up for a retreat with @reframeyourbiz ??

Bare With Me... From those that have watched my stories the past week, you may have noticed ALOT has gone down! To recap, in the last 7 days: 🏠 I moved into a new home - with more issues than a roll of green tape could manage 😂 Oh, and barely any of our furniture fits. 🚘 Sadly I had no choice but to trade in my precious pink beetle that I bought myself 8 years ago! What a great divorce gift she was. 😊 🏆Attended @fitposium conference where my bestie won the Fitpreneur award! So proud of you @kristencrowleytv 🙂 My 3+ years of CBT work won the @oxygenmagazine award @fitposium Still speechless! 🎤 Opened up Ignite Your Life virtual conference - still on a high from the incredible energy! Great job @jennpike 📚 Submitted my masters paper - on stress management 😂😂😂 Wow!!!! So how do I feel, truthfully? Zapped. That week symbolized the over consumption of the disastrous signature cocktail I call the body shocker! Trust me, I will never have one again. 😂 But now it's time to allow my body to recover from a week's worth of guzzling that darn cocktail! My first stress remedy was a lower body workout accompanied by Disney tunes early this morning. But I am looking for some extra stress-reduction strategies. Please post some suggestions below! I know Mr. Bunny + Rusty would greatly appreciate it. 💖 #motivationmonday #stressmanagement #ridingonahigh #stresscycle #cbt

🏠 We are all moved in! 🏠 My home is my body… and it will not depreciate in value.  I have been dreaming about writing for the first time in our new home for the last 4.5 years. So here it goes:  When I handed over the keys to the old house, I couldn’t help but drive away tearful. Yes, moving into a new house is exciting; new opportunities and memories to be made.  But it also pains me to leave a house I called home for over 6 years. It was the longest I have ever been in one place; since childhood.  In a world full of unpredictability, that house provided comfort, safety and stability.  From the highs of marriage, a new puppy and countless athletic/academic/biz achievements; to the lows of cancer, MS diagnoses, and painful losses… that home provided a place for celebration and bereavement.  But here is the thing… there is no turning back; especially in LIFE! Our new house was the sign I needed to forge forward. It allowed me to see just who I DON’T EVER want to be. Who is that? Someone that teaches women to “rent” their bodies, throwing away self-respect, self-esteem and self-confidence.  I believe that our bodies are our ‘REAL’ dream home.   As I look at my new white walls, please sit with this….  Take care of your body as you would your home. Appreciating all that it has to offer,  because your know what? That is life equity!!!!  #newhome #teambunny #myreflection #movedin #celebratenewhome

I felt I was living short of something… Constantly believing I should be what societal norms said I should be. But then the day came where I turned inwards, placing my individualistic worldviews above my societal subculture counterparts.  I began to shine light on my true identity. And you know what? She's pretty remarkable. #nomakeup #beproud #beyou #cbthealthcoach #livingmybeautifullife #grateful #growth #TEAMBUNNY #bookworm #lifereflection

Save this post.... It's time to write a letter, your Human Giver Syndrome needs to stop. You are not alone, if you suffer from symptoms that include: ➡️ Believing you owe it to people, the world or even yourself - to be attractive, happy, calm, generous and attentive to the needs of others. ➡️ Believing that any failure to be attractive, happy, calm, generous and attentive makes you a failure as a person. ➡️ Believing that your failure means you deserve punishment.(This can be from others, or even yourself). ➡️ Believing these are not symptoms, but normal and true ideas. If any of the beliefs and behaviors above resonated with you - I urge you so start laying the Human Giver Syndrome inside you to rest with a self-written letter. Thank you to E. Nagoski PhD - for educating me on the Human Giver Syndrome and the connection it has to stress. I highly recommend reading the book 💓 The Secret To Unlocking The Stress Cycle. 💓 #humangiversyndrome #readinsteadofswiping #fitnesspsychology #cbtfitness #stresscycle #educationmatters

For anyone suffering from the burden of perceived loneliness. Stop, waiting endlessly for your fictitious genie to arrive. You don't need to waste your best years wishing for help. You already have all the help you need, and guess what? There is no wishing required. #mondaymotivation #cbthealthcoach #askforhelp #trainerturnstherapist 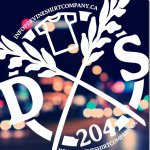 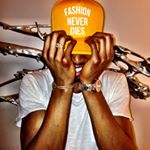 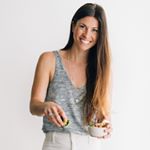 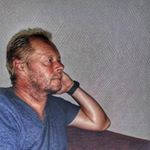 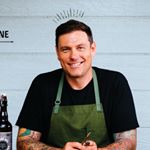 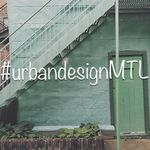 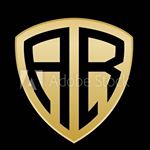 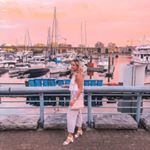 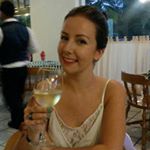 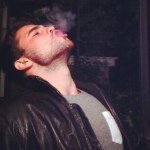 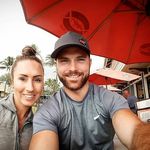 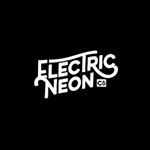 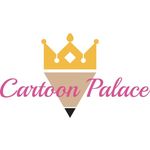