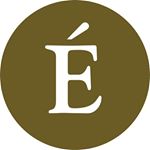 GENDER OF ENGAGERS FOR EMINENCEORGANICS

Milia is a common yet frustrating skin concern!😤 Let us know your go-to product for these pesky bumps in the comments below! Click the link in our bio to see one of ours!⁠⠀ ______⁠⠀ #eminenceorganics #skincaretips #beautytips ⁠⠀ #skintutorial #beautytutorial #cleanbeauty

Exfoliation is one of the most important ⭐ - and least understood - steps in your skin care routine. When done properly, it removes dead skin cells and polishes your skin’s surface to allow better absorption of the products that follow. ⁠ ⁠ Physical Exfoliants⁠ These tiny granules physically slough off dead cells from the skin’s surface, revealing the healthier skin underneath. All of Eminence Organics physical exfoliants are free of harmful plastic microbeads. Instead, they contain naturally-sourced, organic ingredients. Some Eminence Organics physical exfoliants are:⁠ - Pear & Poppy Seed Microderm Polisher🍐⁠ - Stone Crop Oxygenating Fizzofoliant🌿⁠ - Almond Mineral Treatment🥜⁠ - Rosehip & Maize Exfoliating Masque🌽⁠ - Red Currant Exfoliating Cleanser🔴⁠ ⁠ Chemical Exfoliants⁠ A chemical exfoliant harnesses the power of naturally occurring enzymes and acids to remove dead skin cells at a deeper level. AHAs (Alpha Hydroxy Acids) derived from natural substances like lactic acid and citric acid remove the “glue” that holds dead skin cells together. BHAs (Beta Hydroxy Acids), like the salicylic acid naturally found in strawberries, are antibacterial and reach deep into pores to give skin a deeper clean. Eminence Organics has a variety of chemical exfoliants, including:⁠ - Yam & Pumpkin Enzyme Peel🎃⁠ - VitaSkin Exfoliating Peels🌟⁠ - Radish Seed Refining Peel🌱⁠ ⁠ Can An Exfoliant Be Both Physical And Chemical?⁠ The short answer: yes! Eminence Organics Strawberry Rhubarb Dermafoliant🍓 is an example of an exfoliant with both physical and chemical properties. Rice extracts gently buff and polish the skin’s surface, while the salicylic acid found in strawberries dissolves the bonds that hold dead skin cells together and penetrates deep into pores to clear them of any gunk and grime.⁠ ⁠ Let us know your favorite exfoliating product in the comments below! Click the link in our bio to learn more about exfoliation.⁠ ⁠ 📸@lpsskinstudio⁠ ______⁠ #eminenceorganics #naturalbeauty #organicskincare #cleanbeauty #crueltyfree

Which skin care products can you not live without? ⁠ Actor Romany Malco swears by our Facial Recovery Oil,✨ Stone Crop Whip Moisturizer🌿 and Bamboo Firming Fluid,🌱 "Two years ago I was introduced to @eminenceorganics and for the first time I could actually feel and see the difference in my skin. My skin felt smoother and more moisturized. It looked better as well."⁠ ⁠ Discover our Bamboo Firming Fluid by clicking the link🔗 in our bio!⁠ ⁠ 📸 @romanymalco⁠ _____⁠ #eminenceorganics #organicskincare #greenbeauty #crueltyfree #parabenfree

Do you know the history of turmeric?⁠ ⁠ Long before it was added to our lattes,☕ turmeric was used in Chinese and Ayurvedic medicine and heralded for its use in cooking👩🏼‍🍳 and beauty rituals around the world. Coming from the ginger family, this spice was used daily in India for at least 6000 years as a cooking spice, perfume, textile dye, for medicine and yes, for beauty! By 800 A.D., the trade of turmeric had spread across Asia, including China, and across the African continent. By the 18th century, turmeric spread to Jamaica and other tropical🌴 locations.⁠ ⁠ This multi-purpose spice was incorporated into all aspects of life, from cooking to ceremonies. In India, turmeric was used as a coloring agent and a culinary ingredient in India, used in not only curries, but in lentil and meat dishes, chutneys, relishes and soups. 🍽️⁠ ⁠ Developing religious significance in India, spices like turmeric were burned as incense in ceremonies believed to send prayers🙏 and cleanse the air. And even to this day, Indian brides and grooms are ritually covered in a turmeric paste for a pre-ceremony glow. In some parts of Asia, people adorn themselves with a turmeric rhizome root as an amulet to ward away negative energy. ⁠ ⁠ Arab traders first introduced this exotic spice to Europe during the 13th century. Marco Polo, trading along the great Silk Road, was so impressed by turmeric that he noted it down in his writings, famously mistaking it as a vegetable🥕 and comparing its bright color to saffron. The spice is now referred to as “Indian saffron” because of this incident, even though turmeric is actually a root. ⁠ ⁠ Clearly, this well-travelled historic spice was used for all sorts of purposes. But what many don’t know is that it gains most of its healing powers from its concentration of curcumin, a super powerful antioxidant. ✨⁠ ⁠ Let us know if you've had a chance to try our Turmeric Energizing Treatment🌶️ in the comments below. Click the link in our bio to read our full blog post on this powerful skin care ingredient!⁠ ⁠ @thefacialroom⁠ ______⁠ #eminenceorganics #organicskincare #greenbeauty #crueltyfree #parabenfree

⁠Have you tried all 3️⃣ of our facial oils? ⁠⠀ ⁠⠀ The Facial Recovery Oil is a toning and hydrating oil especially beneficial for aging and sensitive skin. It is created with precious herbs,🌿 rich oils and Biodynamic® ingredients from Demeter International Certified Biodynamic® farms. The Facial Recovery Oil is an excellent choice for reducing redness due to dryness.⁠⠀ ⁠⠀ The Rosehip Triple C+E Firming Oil is a luxurious choice for all skin types, comprised of a blend of results-oriented actives and ingredients that provide intense hydration.💧 This facial oil fights the visible signs of aging, smooths wrinkles and hydrates deeply. ⁠⠀ ⁠⠀ The Camellia Glow Solid Face Oil is the newest addition to our oil family. This beautiful solid face oil is blended with camellia oil, pink tourmaline gemstones💎 and marula oil to soften and deeply hydrate the skin. This oil is the perfect choice for embracing self love and energizing your skin care ritual.⁠⠀ ⁠⠀ Let us know which oil is your favorite in the comments below! Learn more about our oils by clicking the link in our bio. ⁠⠀ ⁠⁠⠀ 📷 @brittanyatkinleykay @honeymedium @rachel.from.the.apothecary⁠⠀ ______⁠⠀ #eminenceorganics #organicskincare #greenbeauty #crueltyfree #parabenfree

What are your eyes telling you? 👀⁠⠀ ⁠⠀ Swipe right➡️ to find out & discover our recommended eye care routine.⁠⠀ ⁠⠀ Let us know what your eye area needs help with in the comments below!👁️ Click the link in our bio and discover how to minimize the look of fine lines, dark circles and puffiness, revealing a refreshed appearance with our eye care products!⁠⠀ ______⁠⠀ #eminenceorganics #skincaretips #beautytips ⁠⠀ #skintutorial #beautytutorial #cleanbeauty

Are you trying to find the purrfect mask for your skin type and skin concerns?🐈⁠ ⁠ Here are our recommendations based on skin type:⁠ - Dry Skin: Strawberry Rhubarb Masque🍓⁠ - Oily Skin: Citrus & Kale Potent C+E Masque🍋⁠ - Normal Skin: Stone Crop Masque🌿⁠ - Combination Skin: Balancing Masque Duo🧖🏿‍♀️⁠ - Sensitive Skin: Calm Skin Arnica Masque🧘‍♀️⁠ ⁠ And, for particular skin concerns and conditions:⁠ - Acne prone: Acne Advanced Clarifying Masque⁠ - Mature skin: Snow Mushroom & Reishi Mushroom Masque🍄⁠ - Hyperpigmentation: Bright Skin Masque☀️⁠ - Large Pores: Raspberry Pore Refining Masque🍓⁠ - Dullness: Lime Stimulating Masque🍈⁠ ⁠ If more than one of these masks sounds like your mask match, we're a fan of of mixologies! The trick with this technique is to choose two face masks that complement each other. If you layer opposing masks (for example, a clay mask over a hydrating mask), you’ll cancel out their benefits (the clay mask will soak up all the moisture from the hydrating mask underneath). Instead, seek out products with ingredients that will work together to optimize your results.⁠ ⁠ Let us know your favorite mask in the comments below.👇🏿Click the link in our bio to learn more about our Stone Crop Masque.🌿⁠ ⁠ 📸:@vogskincarestudio⁠ ______⁠ #eminenceorganics #organicskincare #greenbeauty #crueltyfree #parabenfree

Do you have a favorite type of facial?🧖🏽‍♀️⁠ ⁠ Facials are one of our favorite ways to reduce stress. Navigating the new world of maskne and battling pandemic stress-induced acne can be frustrating, but whether it be through virtual consultations or in person treatments, our Spa Partner estheticians are here to help!💚⁠ ⁠ Tag an esthetician you're grateful for in the comments below and let us know when you will be booking your next facial. To find a Spa Partner located in your area, click the link in our bio and visit our Spa Locator.📍⁠ ⁠ 📸: @globoise⁠ ______⁠ #eminenceorganics #naturalskincare #sustainablebeauty #cleanbeauty #crueltyfree ⁠

This beautiful solid face oil is blended with luxurious camellia oil, pink tourmaline gemstones💎 and marula oil to soften and deeply hydrate the skin. Melt a small dab into your palm, close your eyes and let your senses guide you as you massage in to reveal your healthiest glow.✨⁠ ⁠ What are the benefits of the Camellia Glow Solid Face Oil's ingredients? ⁠ - Camellia Oil: highly moisturizing, this oil revitalizes and rejuvenates the look of skin, leaving the complexion looking soft and supple ⁠ - Pink Tourmaline Gemstones: encourages the mind and spirit to feel positive thoughts, boosting a glow from within.⁠ - Marula Oil: rich in fatty acids, this oil is a super hydrator, providing soft, smooth skin. It also helps reduce the visible signs of aging.⁠ - Hemp Seed Oil: rich in vitamins and antioxidants, this oil also helps improve the appearance of aging, while moisturizing the skin.⁠ ⁠ In the comments below, let us know how you're incorporating the Camellia Glow Solid Face Oil into your skin care routine.🧖🏼‍♀️ Learn more about this product by clicking the link in our bio.⁠ ⁠ 📸: @azjuniper ⁠@ericaship⁠ ______⁠ #eminenceorganics #organicskincare #greenbeauty #crueltyfree #parabenfree #energizeandglow 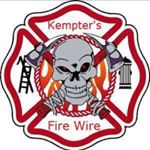 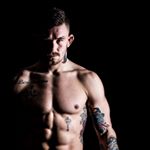 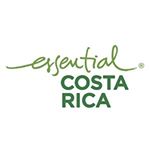 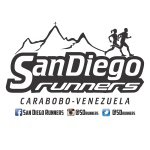 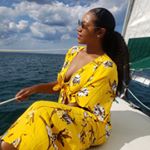 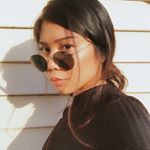 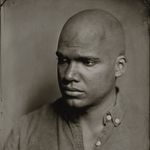 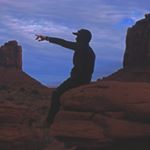 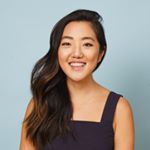 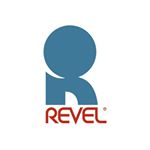 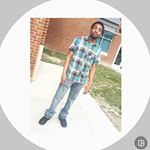 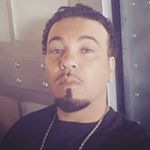 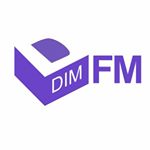 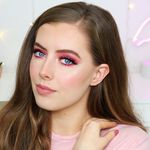