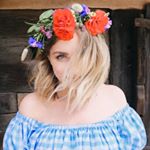 GENDER OF ENGAGERS FOR EKATERINAANDERSEN

On the way to @ditteoglouise 's reception for their new book "Gode Kasser". I'm not going to lie, my exitement is partially caused by the fact, that a couple of pages in the book are an interview with yours trully.😍 There, I'm sharing my historico-religious perspective on the incessant classification of women into either "Madonnas" or "Whores".

𝐈𝐧𝐬𝐭𝐚𝐠𝐫𝐚𝐦 𝐚𝐜𝐭𝐢𝐯𝐢𝐬𝐦. 𝐀𝐧 𝐨𝐧𝐥𝐢𝐧𝐞 𝐭𝐚𝐥𝐤 𝐰𝐢𝐭𝐡 𝐦𝐞. ⁣⁣ How many of the terms like “pinkwashing” did you knew before Instagram? I am not ashamed to say, that I’ve learned a lot right here from the amazing activists, I follow. In 2019 it’s clearer than ever, that IG is a powerful tool for influencing people's opinions and spread awareness.⁣⁣ If doing just that is what you're passionate about, then this talk is for you. ⁣⁣ In this hour-long online talk, I’ll present you with a blueprint on how to be an Influencer with a big I. Firstly, we will go over the habits to let go off and crucial mistakes, I made, that I want you to avoid. Then, we will talk about the path forward, and the skills you should accumulate: ⁣⁣ ⁣⁣ -The ways to optimize your presentation, so your audience would welcome change with gratitude. ⁣⁣ -How to write and talk to spread compassion, rather then paralyze your audience with fear⁣⁣. ⁣⁣ We will round up this talk with Q&A, to make sure that you'll walk away with the best set of tools to make your form for activism more effective.⁣⁣ ⁣⁣ WHEN: THURSDAY, Oct 10, 17.00. Available for rewatch after the event. ⁣ ⁣ WHERE: Online - so anywhere you are in the world⁣⁣. ⁣⁣ Link to ticketsale in my bio. Only 30 seats availible.

So, you’re a simple man who has a car, and whose livelihood depends on it being able to drive. Now imagine your life, if our laws didn’t register that car as your property. If it was by law permitted to take it for a spin whenever one wants for whoever, as long as you, the owner, didn’t actively and vigorously object. And had the prove of your objection. Your whole life, you’d have to be hanging from your window looking after your car. Nights would be especially hard for you, because drunk people would just push themselves into your car and jerk off there, even if you manage to say no. ⁣ When one day John comes and steals your car even though you said no and you go to the police to get John arrested, police starts asking you questions instead: Why did you have to have your car being outside that late? Why didn’t you buy a cover for it, so people wouldn’t desire it? And how can John have stolen your car, if you had willingly taking John for a ride previously?⁣ ⁣ It’s ridiculous isn’t it? You, and only you should have the right to your property. And anyone who wants to borrow it, has to get your conscious enthusiastic permission. ⁣ ⁣ Isn’t it insane then, that law regarding penalty for rape in Denmark still considers women’s body to be following that scenario, I described above? A law that concentrates on what the victim, often a woman, did to fight the perpetrator off her/or whether she was able to fight at all, is a law that regards us as ultimately passive individuals, who’s agenda is indifferent or nonexistent. Whose body is a communal property, unless we actively and vigorously object to it. It also is a victimblaming law – because it asks woman what SHE did to prevent it happening to her, which goes back to the mindset of the biblical times, where woman was always to blame for the rape that happened to her and the shame she brought on her family. Changing laws to mandatory consent is only the beginning. Next step is mandatory consent, that is meaningful and enthusiastic. ⁣ ⁣ LYT TIL DEBATTEN MED MIG OM SAMTYKKELOV I DAG kl. 12.15 i P1 DEBAT

Body hair removal was deemed too painful a torture to put the prisoners of Guantanamo Bay through, along with waterboarding. Too torturous for men, investigated for terror action of the century, but not too torturous for all the women and girls around the globe. ⁣ ⁣ Women’s pain and hygiene are arguments we seldomly can use ourselves. Withstanding pain qualifies us as better women. That is told to us by everyone, from sports teacher that deny us the right to stay home from class because of menstrual cramps, to fellow mothers who look down on us because we had an epidural in birth and didn’t experience the full spectrum of birthing pain. Ironically, our pain and hygiene often become the main concern when it’s not to benefit us. ⁣ ⁣ Body hair is the biggest example of that. It hurts as hell to remove it, if done properly by waxing or laser. And if shaven off, the rogue bristle, that grows the day after is not adding to life’s few pleasures either. This should be the one and only argument that matters. Nevertheless, our pain is never considered as a weighty argument against hair removal. The one and only important concern is if it’s sexy or not. Neither is the modern (not Victorian) understanding of hygiene taken into consideration – where leaving hair on the body is better, rather than causing inflammation and increasing risk of infection by shaving. ⁣ ⁣ On the other hand, our opponents use our hygiene and wellbeing as arguments against us freely. Travelling from Bornholm Folkemøde, I overheard two politicians sharing their views on why hijab-wearing should be forbidden. “It’s just so unhygienic! We need to forbid it for women’s wellbeing.” While in fact, just as in the case of most body hair opponents, the only thing concerning those two, was that “It annoys me to look at it”. ⁣ ⁣ This is a reminder, that others don’t shy away from using our pain as an argument against our freedom. Neither should you. 𝗬𝗼𝘂𝗿 𝗽𝗮𝗶𝗻 𝘀𝗵𝗼𝘂𝗹𝗱 𝗯𝗲 𝘆𝗼𝘂𝗿 𝗺𝗼𝘀𝘁 𝘃𝗮𝗹𝗶𝗱 𝗮𝗿𝗴𝘂𝗺𝗲𝗻𝘁 𝗼𝗳 𝗮𝗹𝗹.

Drinking Chablis in the old cemeteries of French Riviera in the company of my mom, Zoya and Russian pre-revolutionary aristocracy ✝️.

"I Didn't come from Your Rib, You came from my Vagina" happened to be one of the most liked and commented pictures of all time on my profile. So many women wrote to me in support of the message behind it. And no wonder - the narrative of 𝗔𝗱𝗮𝗺 𝗮𝗻𝗱 𝗘𝘃𝗲 has played such a huge role in justifying the patriarchal structure of our society and woman’s role as subordinate and inferior to man.⁣ ⁣ In my first 𝗽𝗼𝗱𝗰𝗮𝘀𝘁 ever, I explain how modern feminist theology understands this story of creation (spoiler: empowering); What kind of fruit feminist theology is and why it’s important. Link in bio and stories. Welcome to the 𝗕𝗶𝘁𝗰𝗵𝗪𝗵𝗼𝗞𝗻𝗼𝘄𝘀𝗘𝘃𝗲𝗿𝘆𝘁𝗵𝗶𝗻𝗴.

Thirty three years old today. I've been anxious 😬 about this age for as long as I can remember. It's the age of Jesus and therefore the year I HAVE to peak. Combine that with my blueprint-Virgo-mentallity, and one can be assured, that I have a pretty stressful year in front of me. So far, I woke up with a headache, because I stayed up all night trying to upload my first ever podcast episode as a 🎁 to myself. Now: off to Uni!

Talk about Jewish mysticism and feminist theology with @laura_h_laura. After years spent on education in something, I hardly saw being relevant for anyone but myself, I'm thankfull to @litteratursalonesther for inviting me to talk about my passion, and in such remarkable company. The picture was taken whilst Laura was showing me her beautiful new, sixth (!!!) book on the shelves of @broeg_litteraturbar and I made a wish that my book will be sold there one day too. Thanks to every♡ne, who came and to @pigemor.dk for the 📸.

Maybe a bit overdressed for Ungdommens Folkemøde, but hej!, when talking about Judaism, God, feminism and meaning of life to youths, every attention drawing technique counts.

You can help me carry my books. 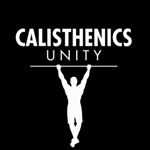 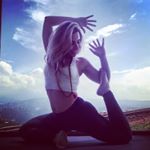 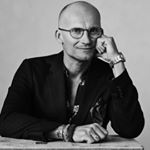 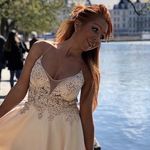 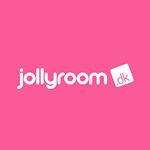 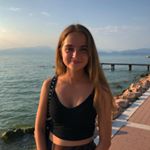 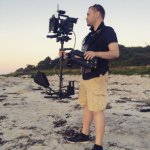 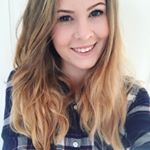 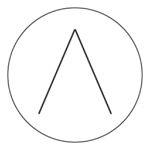 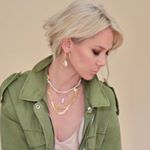 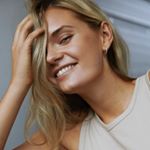 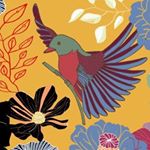 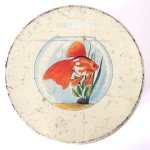