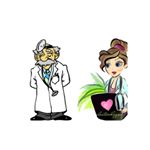 GENDER OF ENGAGERS FOR DOCTORBLOGGER

Aba :- ik do din off le lo Me :- mene apko bola off len? Aba :- but you're asthmatic... Me :- you're more thn 60, you're hypertensive, cardiac patient, diabetic. So? He want to hug me but we're not hugging aj kal 😢 This is not ahsan This is our duty 👩‍⚕️👨‍⚕️ Death and life is from اللہ but this anxiety of families of medical persons, delivery boys, police, army, journalists and..... who can't stay home 🏡 You can stay home naaaaaa... Stay at home plaese naaaa!!! Please plaese plesea 🙏𝗕𝗲 𝗸𝗶𝗻𝗱. 𝗕𝗲 𝘄𝗲𝗹𝗹. 𝗛𝗮𝘃𝗲 𝗳𝗮𝗶𝘁𝗵. 𝗦𝗲𝗲 𝘆𝗼𝘂 𝗼𝗻 𝘁𝗵𝗲 𝗼𝘁𝗵𝗲𝗿 𝘀𝗶𝗱𝗲. 𝗧𝗵𝗶𝘀 𝘁𝗼𝗼 𝘀𝗵𝗮𝗹𝗹 𝗽𝗮𝘀𝘀 انشاء اللہ 🍃 @doctorblogger

I dr komal (FCPS-II resident) am volunteering myself, if anyone here needs any medical information regarding thr disease. Please don’t visit hospital just for stomach pain headach or for any information (except emergency situation). Hospitas are some how infected. Please stay at home 🏡 , stay safe. You can be source of transmission of #coronavirus to your family and US 👩‍⚕️ you need any medical help, information or any discussion. Feel free to contact me. (you can inbox me) When ever I get free from hospital 🏥 I'll try to reply you 𝗕𝗲 𝗸𝗶𝗻𝗱. 𝗕𝗲 𝘄𝗲𝗹𝗹. 𝗛𝗮𝘃𝗲 𝗳𝗮𝗶𝘁𝗵. 𝗦𝗲𝗲 𝘆𝗼𝘂 𝗼𝗻 𝘁𝗵𝗲 𝗼𝘁𝗵𝗲𝗿 𝘀𝗶𝗱𝗲. 𝗧𝗵𝗶𝘀 𝘁𝗼𝗼 𝘀𝗵𝗮𝗹𝗹 𝗽𝗮𝘀𝘀 انشاء اللہ 🍃 @doctorblogger

Good news 📰 A 103 year old Chinese grandmother has survived the battle against Coronavirus – making her the eldest survivor against the virus – giving hope that people over 60 also have a fighting chance. 💪 Generally, older people are more at risk for complications for the disease, but that doesn’t mean it’s always hopeless. The grandmother has become the oldest person to recover so far, but she was not the only one. Recently, a 101-year-old man also beat the virus in Wuhan, right after a 98-year-old woman also recovered. But it doesn’t end here While these centenarians benefitted from their relative good health, the more vulnerable elderly are also winning the battle. A 100-year-old man with Alzheimer’s disease, hypertension and heart failure recovered from the virus in Wuhan this week after being treated by military doctors 𝗕𝗲 𝗸𝗶𝗻𝗱. 𝗕𝗲 𝘄𝗲𝗹𝗹. 𝗛𝗮𝘃𝗲 𝗳𝗮𝗶𝘁𝗵. 𝗦𝗲𝗲 𝘆𝗼𝘂 𝗼𝗻 𝘁𝗵𝗲 𝗼𝘁𝗵𝗲𝗿 𝘀𝗶𝗱𝗲. 𝗧𝗵𝗶𝘀 𝘁𝗼𝗼 𝘀𝗵𝗮𝗹𝗹 𝗽𝗮𝘀𝘀 انشاء اللہ 🍃 @doctorblogger

Hi 👋✨ I know some of you guys are scared. And frustrated. And concerned. And tired. And burnt out. But if no one has told you- you’re amazing ❤️ You’re stronger than you think. I know it’s hard. Really freakin hard and none of us ever expected to be dealing with a pandemic like this ever in our lifetime. I’m not worried about myself. I’m worried about my friends that are working the frontlines with me in different healthcare systems. I worry about my family, my friends and their families, my classmates, the staff members at my clinical site, the drs, nurses, Nps, pas, Mas, cnas, medics and ancillary staff that are working on the frontlines. The older women that tirelessly disinfectants every room between patients. The complete stranger I don’t even know. I’m praying for all of you. Sending you all a virtual hug because well... socialdistancing ✨👋 Tag someone and let them know they’re amazing. ❤️ @doctorblogger

Today I was studying about other pandemic disease, just want to give hope to myself that things ll be alright soon انشاء اللہ without loss ✨ let me tell you (in very non medical language) about some previous worst pandemic and some of them never come back again like #spanishflu so انشاء اللہ 🍃 things ll be ok soon 🔜 First what is #pandemic ? A pandemic is a disease epidemic that has spread across a large region, for instance multiple continents, or worldwide Let's discuss top 3 pandemic disease . . The 𝙂𝙧𝙚𝙖𝙩 𝙋𝙡𝙖𝙜𝙪𝙚 of Marseille was the last of the significant European outbreaks of bubonic plague. Arriving in Marseille, France in 1720, the disease killed a total of 100,000 people: Despite the large number of deaths, Marseille recovered quickly from the plague outbreak. Economic activity took only a few years to recover, as trade expanded to the West Indies and Latin America. By 1765, the growing population was back at its pre-1720 level. . . A pandemic of influenza A (H1N1) in 1918-19 that caused the highest number of known flu deaths. More than 500,000 people died in the United States, and 20 million to 50 million people may have died worldwide. Many people died within the first few days after infection and others died of complications soon after. Nearly half of those who died were young, healthy adults. Also known as Spanish influenza. Many people died from this very quickly. Some people who felt well in the morning became sick by noon, and were dead by nightfall. 𝗧𝗵𝗲 𝘀𝗲𝘃𝗲𝗿𝗶𝘁𝘆 𝗼𝗳 𝘁𝗵𝗮𝘁 𝘃𝗶𝗿𝘂𝘀 𝗵𝗮𝘀 𝗳𝗼𝗿𝘁𝘂𝗻𝗮𝘁𝗲𝗹𝘆 𝗻𝗼𝘁 𝗯𝗲𝗲𝗻 𝘀𝗲𝗲𝗻 𝗮𝗴𝗮𝗶𝗻. . . . The first cholera 1817–1824 pandemic, though previously restricted, began in Bengal, and then spread across India by 1820. Hundreds of thousands of Indians and ten thousand British troops died during this pandemic.The cholera outbreak extended as far as China, Indonesia (where more than 100,000 people succumbed on the island of Java alone) and the Caspian Sea in Europe, before receding. 𝗕𝗲 𝗸𝗶𝗻𝗱. 𝗕𝗲 𝘄𝗲𝗹𝗹. 𝗛𝗮𝘃𝗲 𝗳𝗮𝗶𝘁𝗵. 𝗦𝗲𝗲 𝘆𝗼𝘂 𝗼𝗻 𝘁𝗵𝗲 𝗼𝘁𝗵𝗲𝗿 𝘀𝗶𝗱𝗲. 𝗧𝗵𝗶𝘀 𝘁𝗼𝗼 𝘀𝗵𝗮𝗹𝗹 𝗽𝗮𝘀𝘀 #coronavirus #coronavírus #coronavirusinpakistan 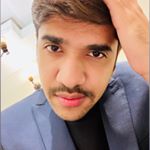 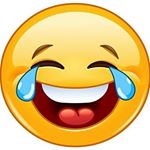 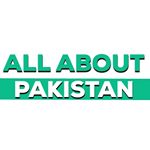 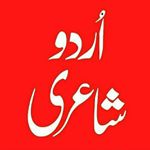 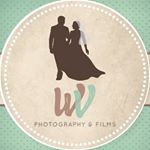 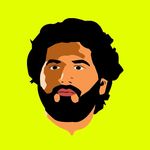 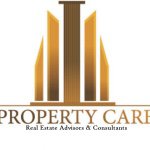 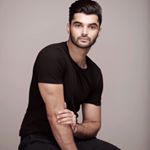 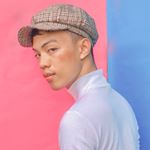 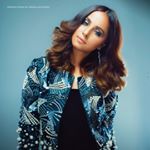 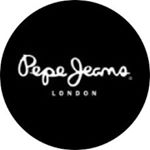 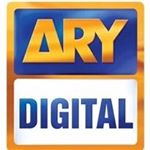 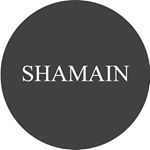