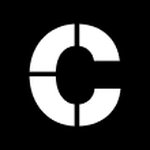 All things urban. Show us the view from your city with #citylab or #citylabontheground.
edi▓▓▓▓▓@citylab.com
United States
25–34
View contact info

GENDER OF ENGAGERS FOR CITYLAB

At first glance, vending machines seem tailor-made to survive a pandemic. Yet the Covid-19 crisis appears to be accelerating their demise, nowhere more visibly than in Japan. ᐧ It’s become clear that in the pandemic era, shopping has become more planned and deliberate — to the detriment of vendors that previously appealed to accessibility and impulse buying. That’s forced Japan’s 4.6 trillion yen vending machine industry to speed up its reinvention to secure a future in a post-pandemic world. ᐧ The discussion over the future of vending machines is another example of how the pandemic is reshaping city landscapes and lifestyles around the world. ᐧ Read the full article the full article by Lisa Du and Grace Huang via the link in bio or visit: bloomberg.com/citylab (📷: Noriko Hayashi/Bloomberg) #food #covid #innovation #coronavirus #japan #city

The U.S. Supreme Court allowed the Trump Administration to end the deadline for 2020 Census data collection October 15 — over two weeks earlier than originally planned. ᐧ Robert Santos, president-elect of the American Statistical Association, says the extra time is needed to count hard-to-reach populations, including African American, Latinx, and immigrant communities. “I do not believe that a fair and accurate census can occur,” he says. “I expect it to be one of the most flawed censuses in history.” ᐧ The Census count is responsible for population projections for the next 10 years, which are used to issue trillions of dollars in federal funding. Though Santos does not believe the census is being rigged in favor of the GOP, he does warn of a 2020 count that could lead to “hyper-gerrymandering.” ᐧ Read the full article the full article by Kriston Capps via the link in bio or visit: bloomberg.com/citylab (📷: Lev Radin/Getty Images) #2020census #robertsantos #supremecourt #coronavirus #donaldtrump #gop #gerrymandering

Who gets to decide what to memorialize, and how? The presence of monuments across numerous U.S. cities are being protested by local residents who argue many of these statues hold no historical or artistic value beyond their status as memorials. ᐧ In Los Angeles, years of activism led to the first official Indigenous People’s Day celebration in favor of Columbus Day and efforts to remove the Columbus statue sitting in Grand Park ended with its takedown in 2018. Since the police killing of George Floyd, over 100 monuments have been removed in the U.S. ᐧ “Moving away from the European approach to commemoration and people, at least here in L.A., means bringing back or uplifting ways of memorialization of California Indians,” says LA resident Joel Garcia. ᐧ Read the full article the full article by Kriston Capps via the link in bio or visit: bloomberg.com/citylab (📷: Frederic J. Brown/Getty Images) #monuments #statues #christophercolumbus #indigenouspeoplesday #protests #losangeles #localgovernment

Contemporary North American maps almost never reflect the rich Indigenous history of the lands pictured, largely ignoring the violent colonization done by mostly white settlers. ᐧ Native Land is offering another way to read the land, not as a grid of ownership, but as pools of deep Indigenous history. The online map wipes away borders imposed by colonial powers to reveal a complex, colorful overlap of Indigenous territories, languages and treaties. ᐧ Launched in 2015, the map draws on data from historic research, maps by Indigenous people, and ongoing input from people all over the world. Visitors can search for the roots of their own homelands and witness a view of the world that is almost never reflected on contemporary maps. ᐧ “These are our ancestral territories that helped shape who we are,” says Christine McRae, the executive director of the nonprofit that runs the map, and a woman of the Madawaska River Algonquin people. ᐧ Read the full article the full article by Laura Bliss via the link in bio or visit: bloomberg.com/citylab (🗺: Native Land) #indigenous #indigennouspeoplesday #justice # #america #map #land

It’s hard to overstate the power and significance of Japan’s bullet trains. A global symbol of the nation's technological sophistication for more than 50 years, the network of high-speed trains is both a source of national pride and a critical element in the country’s transportation infrastructure. ᐧ No amount of technology, however, can withstand the disruptive tide of the global pandemic, which has severely reduced travel to and within Japan. Beyond the immediate ridership and revenue hit, longer term challenges loom. ᐧ Covid-related ridership drops and long-term population trends are raising hard questions about the future of the Shinkansen network of high-speed trains. ᐧ Read the full article the full article by Sarah Sieloff via the link in bio or visit: bloomberg.com/citylab (📷: Tomohiro Ohsumi/Bloomberg) #trains #transportation #innovation #japan #covid #technology #infrastructure

In 1982, a court-ordered consent decree restrained the Republican National Committee from intimidating and harassing minority voters through activities like “voter caging,” which involves frivolously challenging the validity of voters' credentials. That order was lifted in 2018, which raises concerns for this year’s election as President Donald Trump continues to stir fears about voter fraud. ᐧ Voting rights advocates worry that without the legal restrictions in the now-expired consent decree, poll watchers' presence will not only intimidate Black and Latino voters, but also incite violence. In order to understand what poll watchers are capable of today, we broke down the aggressive tactics that the RNC used in the past. ᐧ Read the full article the full article by Brentin Mock via the link in bio or visit: bloomberg.com/citylab (📷: Sarah Silbiger/Bloomberg) #votingrights #vote #justice # #america #communities #election

“Light at the end of the tunnel” 📷: @benvanloon.jpg Tag your best photos of cities with #citylab or #citylabontheground, and we'll share our favorites! #chicago #transportation #design #trains #citylife #architecture #hope

This really is a garbage year: Housebound urban residents are making more trash, and budget-strapped cities are having trouble keeping up. ᐧ Since the pandemic arrived, many sanitation workers say they haven’t been given the protective equipment and extra wages that they need to do the task safely. Several U.S. cities have seen coronavirus-related labor shortages and slowdowns. ᐧ From Chicago to New York City, Philadelphia, and New Orleans, U.S. disposal workers are facing a daunting burden: Municipal trash collection is a job more essential than most, and it comes with additional health risks for the people who do it. ᐧ Read the full article the full article by Gerald Porter Jr. and Sarah Holder via the link in bio or visit: bloomberg.com/citylab (📷: Daniel Acker/Bloomberg) #essentialworkers #justice #health #risk #america #communities #equity #coronavirus #trash

Chicago’s disparities created an unequal pandemic. But it’s bigger than Chicago. ᐧ Black neighborhoods in Chicago see more poverty, air pollution, extreme heat and flood damage, and less access to health care and food — all factors that make residents more vulnerable to the coronavirus. ᐧ We wanted to show the relationships between these disparities, so we mapped them. These maps are a stark illustration of the same patterns repeated over and over. We mapped Chicago, but these maps reflect the reality of numerous other American cities where coronavirus has devastated communities of color. ᐧ Read the full article the full article by Jeremy Deaton and Gloria Oladipo via the link in bio or visit: bloomberg.com/citylab (📷: Daniel Slim/Getty Images) #justice #design #america #communities #equity #inequality #disparities #coronavirus #maps

Floor plans from homes around the world explain how the way we live has shaped the design and architecture of urban neighborhoods — and vice versa. ᐧ The stories behind facades and floor plans of homes often reveal the history of a city as a whole. They also expose something that is all too easy to lose touch with when reading about faraway cities: a sense of place. ᐧ If we want to explore how the way we live has been shaped by architecture, planning and design — and how these disciplines have been shaped by the people they serve — we can learn a lot by looking closely at the residential units that comprise cities. ᐧ Check out our full iconic home series via the link in bio or visit: bloomberg.com/citylab (🎨: @joshpkramer/Bloomberg CityLab) #housing #design #cities #world #homes #communities #equity

The race appraisal gap has doubled since 1980. ᐧ The difference in average home appraisals between neighborhoods that are majority-white and those that are predominantly Black and Latina was $164,000 in 2015, up from about $86,000 in 1980, a new study finds. ᐧ In neighborhoods where Black and Latina populations have grown by 1% a year, the average appraised value of homes fell by $22,000 between 1980 and 2015. The average appraised home value in neighborhoods that grew whiter at the same rate rose by $73,000. ᐧ The study finds that the racial composition of a neighborhood was an even "stronger determinant" of a home's appraised value in 2015 than it was in 1980, to Black homeowners’ increasing disadvantage. ᐧ Read the full article the full article by Brentin Mock via the link in bio or visit: bloomberg.com/citylab (📷: Robert Knopes/Getty Images) #housing #justice #suburbs #design #america #communities #equity

Beijingers’ relationship to the hutong is a complicated one. ᐧ There’s something to be said for the combination of privacy and small-scale community these traditional courtyard neighborhoods allow for, especially in a city of more than 20 million people. But China’s rapid economic transformation has fundamentally altered hutong life and turned it into more of a rarity, with many courtyards flattened to make way for skyscrapers. ᐧ China has demolished many of the hutongs surrounding the Forbidden City to make way for more modern buildings, but some residents have rediscovered their value. ᐧ Read the full article the full article by Colum Murphy via the link in bio or visit: bloomberg.com/citylab (📷: Nicolas Asfouri/AFP via Getty Images) #urbandesign #infrastructure #design #urbanlife #communities #cities 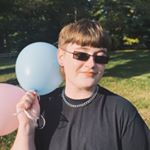 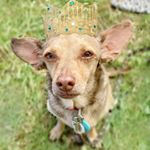 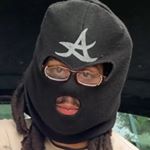 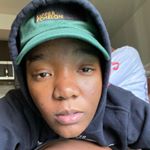 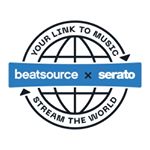 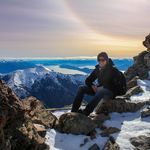 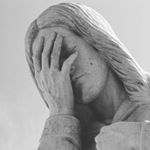 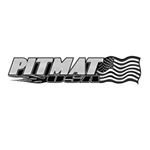 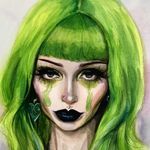 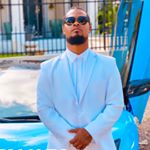 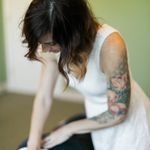 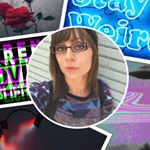 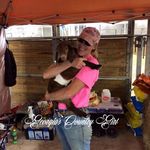