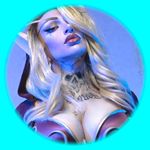 GENDER OF ENGAGERS FOR AZURACOSPLAYOFFICIAL

Are those horns on your head or are you just really happy to see me? 😜😈 Throwback to my spin on Harley Quinn being called “Daddy’s Little *Monster*”. She IS a little devil, after all. :P. Old sets like this are available on Shoptly.com/azuracosplay (link in bio and my Highlighted Stories), so if you ever miss out on a set you like, you can still get access! Photo by @chaos_theories

ᴡʜᴀᴛ ᴏᴛʜᴇʀꜱ ꜱᴇᴇ: *𝕤𝕢𝕦𝕖𝕖𝕫𝕖𝕤 𝕔𝕙𝕖𝕖𝕜𝕤 𝕤𝕝𝕠𝕨𝕝𝕪* “𝕆ℍ 𝕐𝔼𝔸ℍ 𝔹𝔹𝕐” ᴡʜᴀᴛ ᴏᴛʜᴇʀ ᴡᴇɪɢʜᴛʟɪꜰᴛᴇʀꜱ ᴋɴᴏᴡ: “ᴴᴼᴸʸ ᶠ*ᶜᴷ ᴹʸ ᴮᵁᵀᵀᶜᴴᴱᴱᴷˢ ᴴᵁᴿᵀ ˢᴼ ᴮᴬᴰᴸʸ ᶠᴿᴼᴹ ᴸᴱᴳ ᴰᴬʸ ᴵ ᵂᴬᴺᴺᴬ ᴰᴵᴱ ᵀᴴᴱ ᴾᴬᴬᴬᴬᴬᴵᴺ” *ˢᶜʳᵉᵃᵐˢ* If you enjoy my content - or another creator’s - PLEASE consider supporting them on their PTRN, OF, or buying something of theirs. Content creation is a real job that requires a lot of surprisingly very hard and behind-the-scenes work (it’s also often our job to make it “look” easy), and for many people, it’s our livelihood. For cosplayers, it is also very expensive to constantly purchase the materials needed to make this content (especially those of us who make things from scratch or do more intricate work). Whether it’s a cosplayer, or ero-model, or someone who does cool refurbishing-antiques videos on YouTube, or someone who even reviews p*s$y-grooming tools (get your mind out of the gutter; I’m talking about cats, DUH), then any and all support helps them to continue creating the content you get joy and entertainment from. 💕 I’ll be doing a write-up of how I made this cosplay and did the tattoos shortly for p@trons! I’m super happy with how they came out and wanna share my tips with you. 🍑 This set (basic & extended) will be released later tonight on patre0nDOTcom slash azuracosplay (in my beacons.ai link on profile page) Sylvanas Photo by @chaos_theories Cosplay by me Original Sylvanas artwork by @kawaiibettyjiang

In relation to the snow & little tutu-like garter... When I was a little kid, one of my best friends had this old, ratty white stuffed dog named, “Snowball”. It was so stained and used that I used to call it “Dirtball” just to tease her. She did not approve. 🤭 While she wasn’t super upset, just more annoyed with me, I learned that it was unkind and still get badly, and apologized. We were still best friends for a long time after that, and learned to tease each other in a way where no one’s feelings were actually hurt, and we both knew it was completely out of friendship and humor. We were all little jerks at one point! What’s something you did as a kid that was a bit a$$h0le-ish or annoying to friends or family? Was it full-on bullying or were you just deliberately annoying? Do you regret it now? The vast majority of my childhood, I was heavily bullied, but I also acknowledge that I had a moment or two when I was much littler where I was a pain in the a$$, and even if I never meant to actually hurt anyone’s feelings, I still learned quickly that certain things can come across as unkind. Photo by @chaos_theories

Cosplay comparison! I’ve been DROOLING over the stunning artwork of @kawaiibettyjiang for some time, and when I came across her tattooed Sylvanas piece a few years ago, I KNEW I had to pay homage to it at some point. (And yes, I actually had to recreate ALL of the tattoos and transfer them onto my skin! 🥵 MUCH WORK SUCH CHALLENGE but holy crap I’m glad I did it! XD) Go check her out on IG or her artstation! Photo by @chaos_theories Cosplay by me Original art by @kawaiibettyjiang

Looking slyly back at you...to make sure you know today’s the last day to get this month’s rewards! 😜 There will be a bunch of spicy L!ngeri3 photos and videos as well as foot content along with the two HD sets for the month, so check out the PTRN link in my bio before midnight WST if you don’t want to miss out! Tier 25+: - Snapchat spicy content - Basic “Wild West” set - Higher-tier previews & extra goodies TIER 50: - Extended “Wild West” set (59 images, videos, selfies) - Gold Bikini set - monthly Linger!3 content - Foot content - Snapchat spicy content - Any extra goodies *bulk content folders get emailed out to all P@tr0ns the morning after* Photo by @chaos_theories

Swipe right to CHOOSE YOUR OWN ADVENTURE (or mine): Am I 1) casually sniffing my pits to check if I made sure to put on deodorant today (spoiler alert - I did not, and regretted it deeply 🦨😖), or 2) dramatically preparing for my ultimate demise via being run over by a train??? 🚞 Tell me which you choose in the comments below! Wow! I didn’t expect to get so much excitement on PTRN over this set! Awesome!!! Hence the two images - I figured I’d share an extra to celebrate, so thank the amazing Patr0ns for this! (Tomorrow is the last day to get this month’s rewards, FYI. Sets can also be bought a-la-carte on OF) ALL L!NKS IN B!0 Photo by @chaos_theories

I climb up steep mountains in 110 degree weather just to get hypothermia in a frigid waterfall from glacial runoff. :D WORTH IT This set will be up for tier 50 patrons 💕 Photo by @chaos_theories

All aboard! This Wild West set is now available on PTRN at http://🅿️ a t r e o n .com/azuracosplay 🚞 Also available on OF as PPV! Link in b i o Photo by @chaos_theories

I’m not sure if this is what they meant by buns of steel, but I think it’s applicable both ways, right? PS. Rabbits are secretly evil pigeons and will steal all your tacos. Please check your personal collection of tacos to ensure that no rabbit has stolen them.🐰🌮🔪 PS. I’ll be posting some more casual stuff over on @azuralife from my recent CA trip, and some WIP photos of what I’m currently working on!

Are you a country or city guy/gal/person? 🌆🏞 I grew up super close to NYC and went there every weekend for music school, but my hometown was in the woods/mountains of NY, so I got both city AND rural! I’ve got that NY character (I don’t do “fake” friendliness and I walk reaaaally fast for being so short LOL) but I’m completely at home in the woods, covered in dirt and twigs and mud. :D This cowgirl set will be up on PTRN this week! Sets will be released later in the month but only because I’m working on a bunch of crafting stuff that I’m hoping you’ll love when you see! 💕

I can’t WAIT to do a spicy version of my Safi’Jiiva soon! This cosplay involved SOOOO much work, but was so incredibly rewarding to make. (Just remind me not to do wings again...I hate making wings, haha. Or scales. I laid down every one by hand ☠️.) Here are some WIP images from when I was still working on the costume, as well as a snapshot of the final product when I wore it to Katsucon 2020, photo courtesy of the wonderful @yenra 💕 PS. All the main paint work was done via spraypaint - I didn’t use an airbrush for ANYTHING! Do not recommend airbrushing via spraypaint unless you’re super, super careful lol. 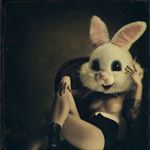 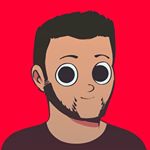 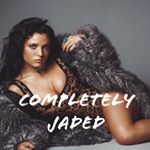 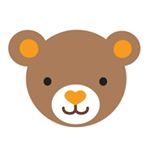 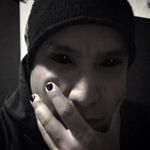 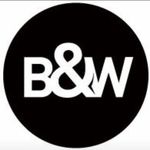 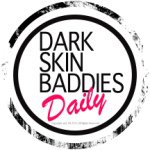 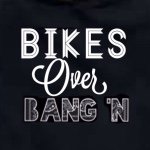 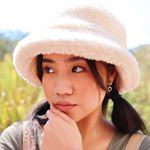 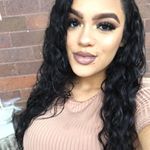 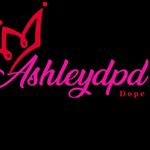 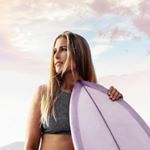 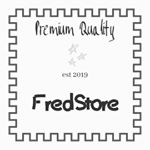 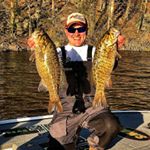 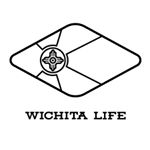