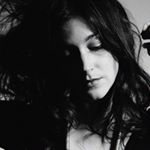 GENDER OF ENGAGERS FOR ALEXAWILDING

Here’s a bananas story that might help! ✨Lifetimes ago, I agreed to be an extra in someone else’s music video. I needed money, even though my own record had come out to great reviews, I was in a bunch of cool magazines but apparently not as cool as this well funded band of three twenty year olds from Ohio. I waited for hours in a freezing warehouse in Bushwick, having a silent nervous breakdown, I’m such a loser, my career is going nowhere, is this worth $300? Finally they called for me. “So yeah, you’re gonna walk this plank here, and when you get to the end, Tony up there on the ladder, see Tony? Hey Tony! Tony’s gonna pour this bucket of water on your head.” ✨ Truly, this was a spiritual awakening! I stood there, drenched, laughing hysterically, both wanting to murder and embrace said Tony, and I never took myself too seriously again. ✨ I share this (fuck, have I shared this before?) because I keep forgetting about Tony, the unassuming messenger! Yesterday I took a walk and everything felt terrible, I had a mortifying social interaction with someone I didn’t recognize and totally blew off only to remember later that they were a member of Lou’s team at the hospital. I suffered over this, over everything, imaginary dominos falling all around me as everyone asked what’s for dinner. Then I remembered Tony. I heated up leftover lasagna and found grace. ✨ The next couple weeks are going to be bonkers. Everything is happening at once. There’s a yin and yang on the back of my coat. I looked up yin and yang to make sure I really understood what was on my back, and it said “Light-Dark.” Light-Dark is like kid language, like when it’s West’s turn to roll the dice and he says, “It’s my Go.” But Light-Dark it is. ✨ As the dominos fall, as the dice roll, find your Tony up there on the ladder. You’re human, you’re complicated, you’re drenched in cold water. But you have a heart and a soul and you are free. ✨ xx @milena_silvano magic coat

✨Happy 11 years @ianpatricksullivan ✨ We’ve been through seven Lifetime movies, fourteen telenovelas and four or five overblown operas, and I don’t know what life will be like when we’re not overachieving members of a two-person bomb squad...2021 please be boring...but there’s no one I’d rather do this life with, with all its color and winds. This is living. And somehow we keep on. I love you and our family. I’m proud of us, too. Onwards! ✨ #pda

✨All I have to say is: VOTE. And: We are all walking wounds right now. No one entered this time with a full tank. None of us have ever swam against 100 currents at once. But I will say, when your heart is bleeding all over the place, your mind a jumbled mess of past, present and future, the great miracle is that it’s then - NOW - that the warrior within shows the fuck up. Trust me. She/he/they are in you. Even if you don’t feel like it. The bloody mess that is you can do this. Do it. And what do I mean by it? Life. Just as it is. ✨ I’ve been going across the river. Just the reversal of the compass changes my perspective. I ordered a coffee and when the woman behind the counter made eye contact with me, from behind her mask, everything in me - my past, present and future - unfurled like that origami game. Open, close, open, close. I was so grateful that she could hold my ever changing shapes — my fears, my failures, my hopes — just in my eyes, in the swift transaction that was a coffee to go. ✨ Let’s hold each other’s changing shapes. Everything we have to say flickers in our eyes. When I open my mouth, to sing or speak, there is so much to say sometimes there’s just silence, the hum of stillness. This monastic life was never my choice but here I continue to be. My ears are alert, my heart all over the place, my mind and memory a kaleidoscope. But look a human in the eyes — we are all unfolding and folding again, like my grandmother’s Chinese fan, a snowflake chain, an accordion I once watched as snow fell on the sidewalks I miss. ✨ Hold on. VOTE. May we fight for the change we want to see, a world where we can unfurl and be held, where we can surrender and rebuild. Again and again.✨ Love you all. Let’s do this. X

✨Yesterday was next level nuts, but this guy had STABLE SCANS!!! And a donut! ✨ Keep making room in your hearts for the unimaginable (yes, Mary Oliver!) and fight, fight until the good ones win and your heart bursts open like the freaking sun on a brave new day. ✨ Love to all. Keep on! 💛 May creatures every where be happy healthy and free 💛

✨”It’s just the wind.” ✨ Last night as I settled down to breathe (nothing fancy, just me and the cushion) those words came to mind, as a big gust of wind blew through my bedroom, shaking the plants, the candle’s flame. “It’s just the wind,” a voice said, again, and again, and I was reassured.✨ When I was little, my dad had to remind me that the Wizard of Oz was just an old man behind the curtain. As a grown up, I have to remind myself that my fears are just booming voices behind velvet drapes. The wind. ✨ I was a ballerina as a child, performing at night when most kids were going to sleep. I loved being an angel in the Nutcracker, lost in the blizzard, finding my way by keeping in time with the music. But one night, I totally lost my way. The paper confetti and the fog were more blinding than usual, I forgot the steps. As I glided past the conductor with my electric candle, I panicked, I felt water behind my eyes. But he kept waving his arms, he nodded at me, as though to say: “It’s just the wind.” I turned the corner on my toes, into the clouds, through the storm, onward to the Land of Sweets. The curtain closed behind me. ✨ We look to the Wizard, to the conductor, to Dad, to the helpers in our mind. But at the end of the day it’s the voice inside, the kick inside, that lights the way. ✨ Raise your electric candle. It’s just the wind. It’s paper confetti. They say the only way out is through. Then up on your toes, it’s time, let’s go.✨

✨I talk cancer-twice, identity and disaster, resilience and being human in @hellolunchlady issue 20 ✨ Here are some sneak peeks. You can order this beautiful issue or download it digitally (links in my stories). Thank you for having me @hellolunchlady I share, as always, with the hopes that those dealing with more than they should might, even for a second, feel less alone in this wild world. ✨Alexa pic @ardenwray boys pics @jeff_allen

Keepers of my heart ✨When I zoom in on what’s in front of me - them, us - I’m able to find the possibility that everything’s going to be okay. Unsolicited advice (my specialty) for a grey and foggy day? Hold your loved ones close. It’ll loosen and open your heart so you can go out and change the world. ✨ The image that’s stayed with me for so long, the GPS spinning. We may be spinning — but what if it’s because we’re rerouting? Driving circles through the chambers of the heart.

#sayhername #breonnataylor ✨today was not justice. ✨ portrait by @arlyn.garcia ✨ #justiceforbreonnataylor

✨Parents: this is all insane. There’s nothing wrong with you if you feel like the baloney in a mama/papa/caregiver sandwich, squashed to the very core of your being, chasing feral bread slices around as they fight you, throw the laptops they don’t understand how lucky they are to have and don’t get me started on the snacks. Smile!✨I’ve been playing this game of self dissolution for so long. You flirt with disappearing the minute you become a parent, it’s a game of hot potato. Cancer threatened to swallow me up in the belly of the whale until I made friends with the innards of the beast. And now this dystopia.✨ Nope, I can’t return calls or write you back. The slice of time I have to myself? I got in the car, I sped down 23B listening to a Neil Young song called “Separate Ways.” It’s about a divorce but for me it was about splitting from this time. The leaves fell and I marveled at the way only Neil can turn a phrase. The opening bars held me, the sort of build up that thrilled me on stage, conspiring with the other musicians, a secret we couldn’t wait to share.✨ If you can find a moment, take it. Five minutes. In the bar of a song, a line in a book, a mantra. A piece of conversation you heard on the street, a deep wild memory — let go and find yourself there. You never know what the mirror will be. Cuz one day, disaster, we’ll be going our separate ways.✨

✨Courage. You don’t set out to be brave. It just happens, until your inhale and exhale are transfigured, you have superpowers. As we collectively transform our breath to fight for what is right - we must - I look at my kids and think of all they’ve endured. They do it naturally, they move on. They are never tired. They move effortlessly in the direction of good. We must, too. ✨ “What am I going to do?” I asked Lou’s surgeon, six years ago. “You will be brave,” he said, and I fingered my new cape, my silky armor, a set of wings. At night I wrap the tattered cape around me, I dream of setting it aside. But not just yet. There is still so much to fight for. Keep going. ✨ Thank you @alexslemonade and @highroadwallops for fighting for kids with cancer. These little warriors (with their capes and ice cream) show us all the way as we fight the good fights — big, small and unbelievable. ✨ #pediatriccancerawarenessmonth #fuckcancer

#tbt Brooklyn ✨ Maybe, like me, your dreams are full of roaming once familiar streets and haunts. You’re having coffee with friends whose faces you once knew like the back of your hands. You’re hailing taxis because it’s late, you’re buying inky pens and longing for fancy notebooks. The leaves rustle on the sidewalk, the smell of someone’s fireplace — black boots pound the pavement as you chase your dreams. ✨ It can feel like we’ve been forced to give up everything. But I promise you, if you keep your wanderlust safe in a pocket of your mind, a garden only you can travel to, when it’s time you can coax her out, with pens and notebooks and the rustling of leaves, with stage lights and lattes and all the things that make her HER...she’s still there. While this is all apocalyptic, and too terrible for words, I promise you YOU still exist. And how I long to gaze upon your sweet existence across a rickety table for two. ✨ Hold on. ✨ pic @jeff_allen 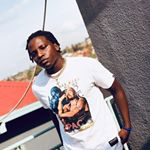 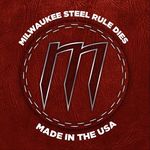 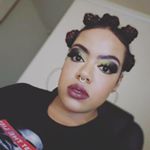 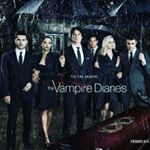 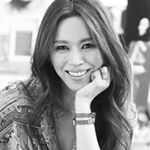 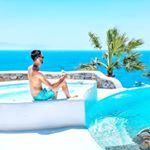 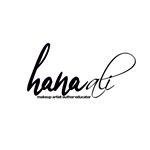 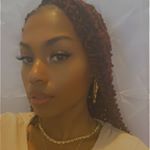 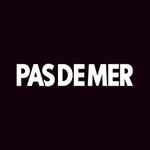 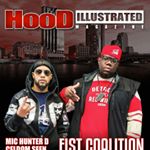 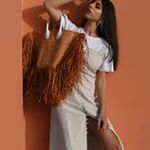 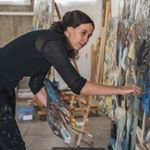 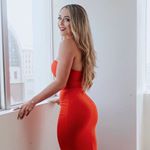 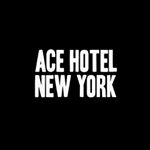 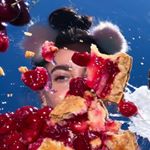