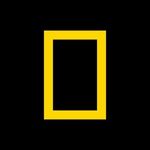 GENDER OF ENGAGERS FOR NATGEO

Photo by @edkashi / I'm on the road documenting the 100 days leading up to this year's election. Outside Pecos, Texas, a gas flare was captured through a window of a broken-down bus near one of the hundreds of wells in one of the largest natural gas fields in the world. The collapse in the demand for energy amid the pandemic has caused major struggles for this town, which helped transform the U.S. into a dominant player in the global market. #americandream #texas #naturalgas #pecostx #oilcollapse

Photo by @joelsartore / The Amazonian manatee is the largest mammal in the Amazon rainforest. Manatees are aquatic mammals who spend up to 8 hours a day grazing. Because of how they move in the water, it’s clear why manatee means “fish cow” in Portuguese. While they are graceful swimmers, they are large and slow moving, found in coastal waters and rivers where the greatest risk to their populations are collisions with boats. I ventured to INPA, an aquatic conservation center in Manaus, Brazil for the opportunity to photograph this majestic creature. I used an underwater camera and scuba dived in order to get a closer shot of the manatee. To see more species featured in the Photo Ark, follow me @joelsartore, and to learn more of the Amazonian manatee watch my show, the Photo Ark on @NatGeoWild tonight in the U.S. at 10pm ET. To learn more, check out Nat Geo's link in bio.

Photo by Cristina Mittermeier @mitty / A Weddell seal reclines luxuriously on the rocks for a snooze in the glow of Antarctica’s pale sun. Lulled by the gentle lapping of waves and the distant cries of seabirds, it closes its eyes and stretches contentedly. Far off across the water, glacial sculptures drift in their quiet voyages, and I think of the wonders they must see along the way: breaching minke whales, pods of roaming orcas, and Adélie penguins racing through the icy abyss, ever watchful of the hungry jaws of leopard seals. The story of our Southern Ocean has never truly been told and even with modern advancements in science and technology, its depths have remained largely mysterious. My team @SeaLegacy, @PaulNicklen, and I have worked tirelessly to document this beautiful expanse of unimaginable life. Follow me @Mitty to learn more about how we can protect it forever. With @andy_mann @ladzinski. #antarctica2020

Photo by @paoloverzone / More than 100 million years separate the early bird Hesperornis from the dinosaur Coelophysis, seen here in the hands of Yale professor Bhart-Anjan Bhullar. He says both creatures are characters in the same epic story. In his research, Bhullar has shown that skulls of adult birds retain traits seen in the bones of extinct juvenile dinosaurs. Follow @paoloverzone for more photos and stories. Check out Nat Geo's link in bio for more on this story.

Photo by @gabrielegalimbertiphoto and Juri De Luca / Fossils of long-extinct creatures aren’t just for museums. Today they're in homes and businesses, as wealthy collectors indulge a controversial hobby. Known in some circles as the “dinosaur cowboy,” rancher Clayton Phipps (top) explores part of the Hell Creek formation near his home in Jordan, Montana, with his son Luke. The layers of fossil-rich rock date to the end of the Cretaceous period and contain a valuable record of the world just before the dinosaurs became extinct. Many scientifically important fossils have been found here, including the world’s first identified T. rex, in 1902. In the United States, fossils found on private property usually belong to the landowner, and collectors may strike deals with owners to dig on their land. Phipps says fossils generate the bulk of his income, so when he’s not tending to ranch duties, he works his land in a more lucrative way—scouring it for dinosaur bones. #dinosaur #montana #dino

Photo by @ismailferdous / After 2,500 miles of driving from New York City and soon after passing through Yellowstone National Park's northeast entrance, a lone American Bison brings traffic to a standstill.

Photos by @yagazieemezi / For more than a week, thousands of people have been gathering across Nigeria to protest the country’s Special Anti-Robbery Squad (SARS), accusing the unit of unlawful arrests, rape, torture, and murdering young citizens, and calling for police reform. The large protests mostly have been peaceful, though it has been reported that at least 10 people have died as a result of armed attacks by Nigerian police. The police inspector general announced the disbandment of the special policing unit, which had formed in 1992 and was charged with fighting violent crime. In Lagos, Nigeria’s most populous city, protesters continue to take to the streets, demanding the release of arrested protesters and justice for the deceased victims of police brutality. For more on this, follow @yagazieemezi.

Photos by @paulnicklen / Recent research undertaken by First Nations' scientists reveals that Kermode bears (or spirit bears) populate a more extensive geographical region than previously thought. The bears affected by this rare genetic anomaly (analogous to red hair in humans) are culturally significant to British Columbia's coastal Indigenous peoples, who safeguarded them during the fur trade of the 1800s by keeping their existence secret. With current regulatory protections now exposed as deficient, this centuries-old effort to defend spirit bears must begin again. A conservationist's work never ends, yet I consider it a privilege and a duty to fight on behalf of all members of the great family with which we share this planet. Follow me @PaulNicklen, and get even closer to one of the rarest and most beautiful animals on the planet. #Bear #SpiritBear #BritishColumbia #Indigenous #FirstNations

Photo by @renan_ozturk / “Capitalism is hard for the food system,” says Twila. ”It forces us to time our lives around our jobs, and nature doesn’t work that way. The Apache life way is to follow the rhythms of nature and to let nature guide your movements. I always say plants are your friends. You can introduce yourself to them and learn their ways. That’s how the Apache thrived for so many years.” I was privileged to spend time on the White Mountain Apache Reservation with expert forager and food systems leader Twila Cassadore (San Carlos Apache) as they visited familiar bushes in the mountains to selectively harvest berries to dry. See @renan_ozturk for more on ancestral foodways.

Photo by Pete McBride @pedromcbride / Finding furry friends: Looking back through my years of journeys to wild places often brings surprises, like this grizzly in Alaska that appeared on the shoreline as quickly as it vanished. I’m compiling some favorite images for a new book coming out next year—exploring the natural sounds of wilderness and #silence. Stay tuned. For more wildlife, follow @pedromcbride. #grizzly #nature #wildlife #petemcbride

Photo by Prasenjeet Yadav @prasen.yadav / A villager in northern India's Spiti Valley brings his yak home from open pasture. The yak is a long-haired, domesticated bovid found in Asia. For a major part of the year, they are free ranging, but are secured and brought back to the villages just after the winter to support farming and to collect their undercoat hair. Each summer, yaks shed their downy undercoat, and the locals comb out and process the soft, cashmere-like fiber. The courser outer hair makes its way into rope, tents, and even theatrical wigs, while the yak's coat becomes bags and boots. This animal has a special place in the local communities, and plays a crucial role in helping them survive in these harsh conditions. Its physiology is well adapted to high altitudes, with a slightly larger heart and lungs than cattle found at lower altitudes as well as a greater capacity for transporting oxygen through their blood (a typical high-altitude adaptation). Follow me @prasen.yadav for more photos from India. 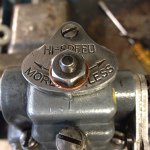 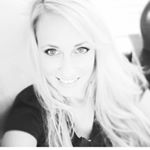 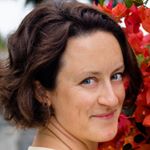 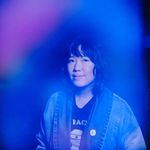 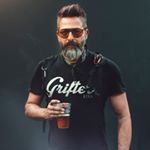 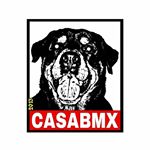 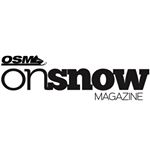 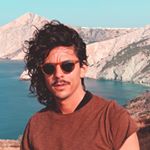 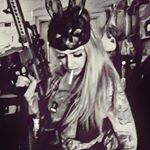 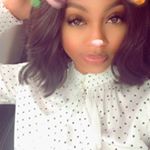 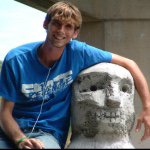