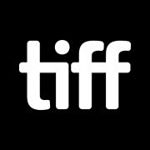 The essential space for film lovers in Toronto and around the world. #TIFF20
smt▓▓▓▓▓@tiff.net
+14▓▓▓▓▓56
Canada
25–34
View contact info

GENDER OF ENGAGERS FOR TIFF_NET

"So... what did you see all this time watching me?" . A GIRL WALKS HOME ALONE AT NIGHT ('14) is the first Iranian vampire Western, exploring the many facets of vampire mythology through a modern, feminist lens. . “People ask me, 'Why did you make A GIRL WALKS HOME ALONE AT NIGHT?' My answer is that I was lonely—that’s why. But taking that a step further, the truth is that I make films to make friends and find real intimacy; a connection with others based on something that’s meaningful to me." —Director, Ana Lily Amirpour . . . . . #TIFF #VampireMovie #Horror #Vampire #October #Western #analilyamirpour

“As I’m developing a greater sense of purpose and responsibility and taste and direction, I’m also asking, ‘What is it that’s important for me to do? What are the statements I want to put out into the world and what are the conversations I want to create?’” —Yahya Abdul-Mateen II In just a few years, @yahya shifted from a career in architecture to acting — quickly becoming a one-to-watch star with roles in THE GET DOWN, AQUAMAN, BLACK MIRROR, and US. Bringing an impressive range and nuance to his performances — including his Emmy award-winning turn in the acclaimed drama WATCHMEN — Yahya Abdul-Mateen II is making his mark on screen. Next, he portrays Black Panther Party co-founder Bobby Seale in Aaron Sorkin’s THE TRIAL OF THE CHICAGO 7, and stars in CANDYMAN, THE MATRIX 4, and the just-announced MAD MAX prequel, FURIOSA. 💥 . . . . . #TIFF #YahyaAbdulMateenII #Aquaman #TheTrialOfTheChicago7 #TheMatrix4 #Candyman #Furiosa #MadMax #Watchmen #DrManhattan #TheGreatestShowman

“Back when I was in Texas, I didn’t see young Black girls who looked like me. I just thought they weren’t allowed to be on screen, and I don’t want anyone to feel that way.” . @marsaimartin broke ground when she pitched 2019s LITTLE, becoming the youngest executive producer on a film. . “Being a Black girl, even in [a] white, male-dominated industry, you have to use your voice. You have to speak your mind for your audience.” . . . . #ShareHerJourney #marsaimartin #executiveproducer #actor #womeninfilm #little #blackish

“The Beauty Who Created the Beast” . Today we honour Milicent Patrick and her contribution to the classic horror cannon. Milicent was an actress, makeup artist, special effects designer and animator. She originally garnered praise for creating the Gill-Man in THE CREATURE FROM THE BLACK LAGOON, along with many other famous creatures. . Milicent was quickly pushed out of the spotlight by Universal makeup artist Bud Westmore, who struck her name from the credits, replaced it with his own and eventually had her fired. . “Milicent’s incredible life should have earned her an honored place in film history…” — @malloryomeara, author of The Lady from the Black Lagoon . . . . #horror #october #artist #designer #specialeffects #makeupartist #creaturefromtheblacklagoon #gillman #universalmonsters #halloween #monster #monstermovie

Stars, aligned: Sandra Oh will star in the upcoming Sam Raimi-produced film, UMMA. Originating from the Korean word for “mother,” Oh portrays a character named Amanda living on a rural American farm. When the remains of her late estranged mother arrive from Korea, Amanda’s quaint life is disrupted with torturous fears of turning into her own mother. This supernatural horror film is directed by Iris K. Shim and will also feature Fivel Stewart, Dermot Mulroney, Odeya Rush and more. With Iris K. Shim directing and Sandra Oh in the lead role, UMMA will be the first horror studio film written and directed by a Korean American woman and starring a Korean Canadian lead. . . . . #TIFF #SandraOh #SamRaimi #UMMA #IrisKShim #FivelStewart #DermotMulroney #OdeyaRush

“I am putting myself to the fullest possible use, which is all I think that any conscious entity can ever hope to do.” 2001: A SPACE ODYSSEY (1968) dir. Stanley Kubrick Cinematography by Geoffrey Unsworth . . . . . #TIFF #SpaceOdyssey #StanleyKubrick #Kubrick #Cinema #Red #SciFiFilm

“People are just not used to us being in power. There’s always a challenge. It feels like you always have to convince people to believe in you. With my current producers, it was a no brainer, and I think it’s because they look like me.” —Radha Blank . 📸: @the_blackhouse . . . . #radhablank #the40yearoldversion #womeninfilm #director #writer #actor #filmmaker

Here's to you, Captain Marvel ✨ . "Brie Larson is a warrior on- and offscreen. When she's not shattering records and stereotypes as Captain Marvel...she's fighting fiercely for gender equality, inclusivity and an end to sexual harassment in the workplace." —@TessaThompson . Happy birthday to @brielarson, a superhero on and off-screen. . Let us know your favourite Brie Larson film below. . 📸: @danascruggs for @hollywoodreporter . . . #BrieLarson #WomenInFilm #TIFF #CaptainMarvel #Marvel #actor #Room

Introducing Ms. Marvel 💥 Sending ❤️ and congratulations to #TIFFNextWave Committee alum Iman Vellani, who will star as Kamala Khan in the upcoming series. Earlier this year at the TIFF Next Wave Film Festival, Iman shared that if anyone could play her in a movie, it would be Iron Man. Now, she joins the MCU as the groundbreaking supehero Ms. Marvel — and we cannot wait to see her save the world. Embiggen! . . . . . #TIFF #MsMarvel #KamalaKhan #MCU #ImanVellani #Marvel

“This isn’t what you promised.” Centered on a Korean American family, MINARI draws from writer-director Lee Isaac Chung’s childhood experiences in Arkansas, and tenderly explores the pursuit of the American Dream alongside the tensions and resilience of family. “I’ve read many scripts about families of immigrants. A lot of the time, they’re explanatory or they’re catering to an audience that’s not even of themselves. When it does that, it loses its authenticity and romanticizes in some ways, idealizes in other ways. When I read [MINARI], I was like: This is unabashedly a truthful telling of these human beings.” —MINARI star Steven Yeun . . . . . #TIFF #StevenYeun #Minari #LeeIsaacChung 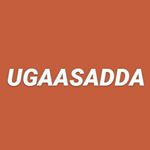 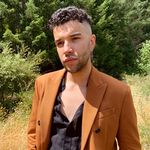 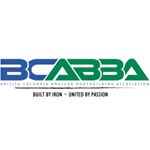 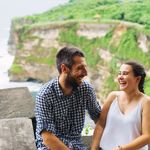 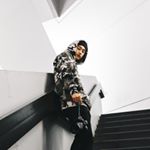 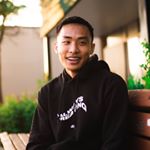 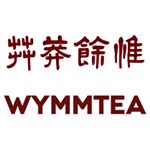 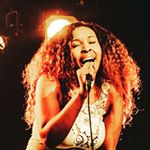 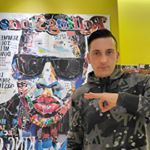 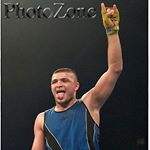 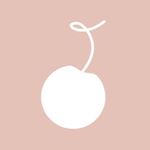 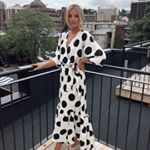 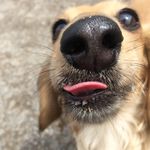