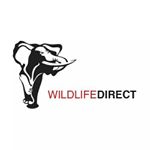 GENDER OF ENGAGERS FOR WILDLIFEDIRECT

Capture NOCTURNAL BEINGS as we mark week 5 of the #WildlifeWarriors Nature's Treasures Photo Competition. Send in up to 3 images to info@wildlifedirect.org or bit.ly/WildlifeWarriorsKE by Sunday at midnight & stand a chance to win a cash prize. Photo entry by @oashikoye. Please share!

NATURE'S TREASURES PHOTO COMPETITION. Stand a chance to win a cash prize on this week's theme NOCTURNAL BEINGS by sending up to 3 images to info@wildlifedirect.org or bit.ly/WildlifeWarriorsKE by this Sunday, April 19th, at midnight. Photo entry by @kigenfinn #WILDLIFEWARRIORS #Nature #Wildlife #Nocturnal

WATCH #TheElephantQueen in Kiswahili & Maa for free available for only a limited time until April 20th on elephant.co.ke/elephant-queen. Help us share this beautiful story!

Have you watched #TheElephantQueen available in Maa and Swahili on elephant.co.ke? Share you experience. 📷 @koroscamprustic Tonight we are honored to host our staff in camp. We're screening The Elephant Queen, in their local language, Maa, via safaricom link on our laptop. Sodas and nuts were served and we are optimistic that our amazing team here at Koros will take away this incredible story and share it far and wide. #koroscamprusticluxury #elephantqueen #grassrooteducation #kenyaconservation #elephantstories #savetheelephants @norbertrottcher @paula_kahumbu - #regrann

OVERALL WINNER of the #WildlifeWarriors NATURE’S TREASURES PHOTO COMPETITION on the theme IN THE SKY is Sonia Varma for a stunning photograph two vulture species, a Ruppell’s Vuture amd a juvenile White - backed vulture in flight with a plane in the background. Both vulture species are critically endangered. The judges were intrigued by the sharpness of the two Vultures. It was amazing to also capture the plane in the background. The image has a spectacular composition and was an incredible moment of a species that are the cleanup crew in the wild. You can see the eyes of the vultures and the wing span in detail. Also, the plane at the background is very sharp. Where did you take the photo? At Nairobi National Park What was happening when you were taking the photo? There were lions near a kill. The kill had been over and the vultures were now feeding. During this time there were some vultures flying, coming in and taking off, so I got the shot with the plane at the background and the two vultures flying. Back when I took this photo I was very new in photography. What camera do you use? Nikon D5300 What do you do for a living? I’m a Veterinarian. For me it’s all about animals. If I’m not treating them I’m photographing them. What do you love most about nature photography? Just being able to capture unexpected moments. When you are out watching wildlife you don’t know what’s going to happen. If you are there ready with your camera it doesn’t matter what you are looking at. You could just be looking at vultures and you get a nice shot like this. Expect the unexpected and if you are ready to capture that moment then you are very lucky. Any tips for any upcoming photographers? The most important thing is to be patient. Be persistent and practice. Lots of practice. Practice on everything. On flowers, on birds, on everything. Have a look at more of Sonia’s work @sonias_wildside. Congratulations Sonia. She wins Ksh 1000. #WildlifeWarriors #Nature #PhotoCompetition

NATURE'S TREASURES PHOTO COMPETITION RUNNER UP #1 is Hassan Esmail with a photo of a Lilac Breasted Roller in flight. The Lilac Breasted Roller is the national bird of Kenya and is often recognized as one of the most beautiful birds in the world because of its striking plumage. The judges were captivated by the sharpness of the image. They also noted it is not easy to capture the roller in flight. Being able to see the full spread of the wings from almost eye level is fantastic. The light in the eye is also remarkable and credited the image as very beautiful. We spoke to Hassan about this image. Where did you take this photo? I took it in Masai Mara 2 months ago. What were you doing when you took the photo? I was on an attachment in Masai Mara at Keekorok Lodge. There is a guy I met who flies the air balloons. I didn’t have an equipped lens but he assisted me with his. He assigned me to document on the Lilac Breasted Roller and instructed me to take the bird whenever we see it. After a couple of days we were lucky to find this one in particular while on an air balloon safari. What camera did you use? Nikon D7500 with a 500mm lens. I have a D5600. What do you do? I’m an ecology student at the University of Nairobi taking Wildlife Management and Conservation. What do you love most about nature photography? In Kenya, employment is such a big deal so you need to venture into something else such as photography and be unique. Since I was on attachment as part of my course work, I thought it would be good to learn and explore photography. Any tips for any upcoming young photographers? Look at photos from professional photographers, know what you want and work towards it. Congratulations @_mohassany He wins Ksh 500. #WildlifeWarriors #Nature #PhotoCompetition

NATURE'S TREASURES PHOTO COMPETITION RUNNER UP #2 on the theme IN THE SKY is Ashikoye Okoko for a beautiful photo of a dragonfly. The Judges were impressed by the sharpness of the image especially on the wings and the eyes. It’s very unusual to get a very sharp look of the underside of a dragonfly. Have a look at more of Ashikoye’s work @oashikoye. Congratulations This is Ashikoye's second win. #WildlifeWarriors

The #WildlifeWarriors Nature's Treasures Photo Competition JUNIOR CATEGORY WINNER (age 15 and below) on the theme IN THE SKY is Shiru Ndegwa (14) whose photo of a sunrise at the beach was perfectly captured at the golden hour. The judges were impressed by the mast of the boat which mimics the clouds.This is the third win for Shiru. Congratulations @shiru.photography

The Wildlife Warriors NATURE'S TREASURES PHOTO COMPETITION on last week's theme IN THE SKY received 93 entries from 39 different photographers. JUDGES COMMENDATION Shout out to Seifudin Patwa's creative concept. The judges were impressed by the thought of taking trash and turning it into a canopy rather than recycling it and commended his two images for their creative interpretation of the theme IN THE SKY. The image with the sky reflection shows a different perspective looking at the sky from down and not up. We spoke to Seifudin to find out what inspired him to submit his images on this week’s theme. For the image of the sky reflecting in water: I have a trough for birds which come to drink water. I submitted the photo on the theme, “In the Sky” because the birds are in the sky so this was a connection, also in terms of the water which also ‘comes’ from the sky. The plastic bottle canopy: From an environmental point of view, plastic pollution is at a catastrophic level now around the world and particularly in Kenya. I submitted the image which is a sun shelter at my house. It was like a message for people to reuse, re-purpose or recycle as much plastic as possible and to remove as many plastic bottles from the environment. We used plastic bottles that were in the house. We also used plastic bottles collected from the streets. I recycle 90% of my garbage and only 10% is thrown out, hence we have all this garbage for example glass bottles which I crushed and placed inside the plastic bottles. The reason for this was to make some kind of musical noise as the plastic bottle sun shelter moves, and also, as the sun hits the bottles, these glass which are different colors, create some kind of illusion, with the glass reflecting in different ways. Congratulations Seifudin Patwa #WildlifeWarriors

After an amazingly popular screening on Citizen TV Kenya, for 1 week only, you can view #TheElephantQueen in Kiswahili and Maa on www.elephant.co.ke/elephant-queen. Please Share!

This week's #WildlifeWarriors Nature's Treasure's Photo Competition theme is NOCTURNAL BEINGS. Share up to 3 photos to info@wildlifedirect.org / bit.ly/WildlifeWarriorsKE by midnight this Sunday and stand to win a #cashprize.

AVAILABLE in Maa and Swahili versions until April 20th, 2020 is #TheElephantQueen. Go to elephant.co.ke today where you will also find books, video clips & activities for kids. Please share! 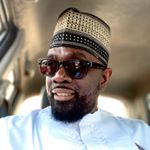 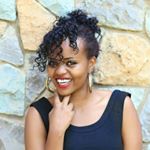 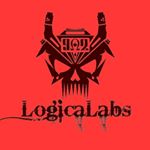 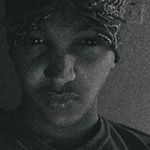 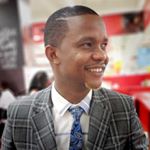 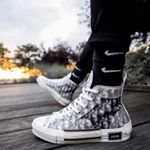 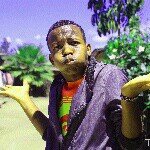 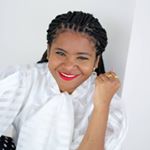 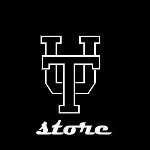 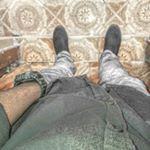 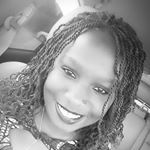 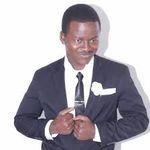 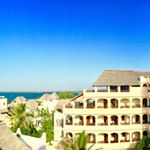 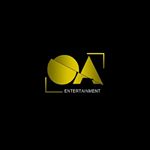