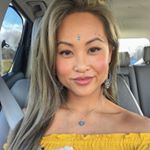 GENDER OF ENGAGERS FOR MISSLIZLIM

Thanks for all the love on my previous post! 💗 I wanted to remember what my body has been able to do. I want to remember my bump, because I know I’ll miss it, like I did the first time. There’s just something so incredibly empowering and magical about growing a little human inside of you! 🌸✨💕 I know I’m going to struggle with loving my post partum body, just as I struggled with loving it after having Eli. And it’s so much easier said than done, to love your body for what it’s been able to do. I hope I don’t feel the need to cover and hide my post partum body and be ashamed of it. But instead, I hope I can embrace it, be patient with it & see it for the beautiful things it’s been able to do. 💖

I hope I never forget the beauty in what my body has done ✨🌙🌻 35 Weeks Baby boy is snug in my pelvis, spine along my belly, legs kicking my ribs ❤️ Constantly moving around inside me, letting me know he’s doing good Hiccups as he’s learning to breathe By 4-5pm everyday I’m absolutely spent and need to have a nap before dinner prep & bathtime routine I possibly have an intercostal muscle tear from doing too much & nesting too hard Staying positive and trying to send healing energy to my ribs/back 🙏🏼✨💕 #35Weeks

I’m 35 Weeks tomorrow and at 37 weeks bub is considered full term. So I could potentially give birth in 2 weeks!! 😱 As excited as I am about meeting bub, I’m also sad because of how much my relationship may change with Eli. I started crying at the thought of not being able to cuddle Eli to sleep 😭😭 *thank you pregnancy hormones* It makes me so upset to think that I won’t be able to give him my 100%. Before I even fell pregnant with number 2, I’d feel bad if I worked and didn’t give Eli that time. And now I feel it even more knowing we will have a newborn very soon! Dan thinks I’m crazy because I’m with him almost 24/7 😆 but I seriously think I never do enough! 🙈 The other day, I was cuddling Eli. Telling him how special he is to me. ❤️ he looked up at me and told me I was so special to him too and told me he loved me. 😭 and then he said “are we best friends?” 😭😭❤️❤️ #MyFirstBorn

If you’re thinking about going on a babymoon before bub arrives, DO IT! 🙌🏼💕 Before Eli was born, we went to Fiji for a week for our babymoon and it was a beautiful opportunity for us to relax, connect & enjoy each other’s company. Little did I know at the time how much life was going to change and exactly how much our relationship was going to change after having a baby. These days we’re lucky if we get to go on a date for a couple of hours, just the two of us. We’re lucky if we even get to have a proper conversation and actually “connect”. I’m so glad we got to go away on a mini babymoon to Shoal Bay the other weekend. And even got one night together ❤️ (even though I kept saying how much I missed Eli and just wanted to cuddle him to sleep 😭😆) it was nice to spend a full weekend together as a family, spend quality time with just the two of us and it was also nice for me to have a break from the usual routine of work/home life and fill my cup up. 💛 #FamilyOfThree #SoonToBeFour #BabyMoon Did you go on a babymoon? Or are you planning on going on one? 🏖💛 and where did you go? 🥰

S t r e t c h M a r k s | if you have them, rock them! 👩🏻‍🎤🎸 There’s absolutely nothing wrong with having stretch marks pre or post baby. Our bodies weren’t meant to be flawless. Our imperfections are apart of life. It shows us we’ve lived. It’s showed us we’ve grown. 🌱 Scars are a reminder we are human. Before having Eli I had a fear of getting stretch marks, my mum got them all over her belly from carrying 3 children. So I thought it was inevitable that I get them too (as it’s usually a genetic thing). But I made sure I did my best to look after my stretching skin and I somehow got away mark free miraculously! #NotComplaining I’ve been doing the same with pregnancy number 2. I’m a lot bigger this time round, so my skin has been SUPER itchy 😩 from it being SUPER stretched! My concern was 1. finding something that would make the itching go away & soothe my skin. 2. Be pregnancy friendly & organic. 3. If it helps hydrate my skin & prevents stretch marks, that’s a bonus. A month ago I found @willowbythesea_ and started using their Belly Butter and boy did I hit the jackpot! 😍 it smells amazing, the butter literally melts in your hands & skin as you apply it, it’s all natural & organic and I love how it doesn’t just sit on the top of my skin like thick moisturisers I have used in the past have. My skin actually absorbs it and the itching has gone away! ✨✨ after using their belly butter I also got their entire range and Im not going to be using anything else from now. I even got some Baby Oil & Bottom Balm for Bub when he needs it 🥰 I wouldn’t share something if I didn’t genuinely love it and would pay for it myself (which I have). I get asked what I use for my bump, so I thought I’d share it & I hope you give this beautiful Newcastle family business a try! #SupportSmallBusinesses #SupportLocal #WillowByTheSea #34Weeks

After feeling like I could go into labour any moment 😆 from the long arse beach walk on very soft sand... We made it to the Fingal Spit! 😍 Safe to say I won’t be able to walk for the rest of the day 😅 #FingalSpit #FingalBeach #Almost34Weeks #BabyMoon #LizBucketList

Eli: “Mummy I’m copying you!” 😁 He’s doing a pretty good job! 🤣 Enjoying a mini weekend babymoon with my loves! 👪🥰 Even though half of us are sick. It’s still nice to be away & relaxing in a beautiful place 🙌🏼💕 #ShoalBay #ShoalBayCountryClub #BabyMoon

Someone’s gotta take one for the team! And guess who it usually is? Mama I feel you! And I see you! 💗 Who picks up all the dirty laundry that’s left on the floor in the bathroom at the end of each day? Who thinks about all the groceries that need to be restocked & does the ordering online or goes to the shops to get all the things? Who has the hungry stomach but feeds everyone else first? Who spent all night feeding baby and attending to a toddler with night terrors? Who is the one to stay home & miss out on the fun stuff when someone is sick? Who is the first or second one to get sick but the last one to get looked after? Who sometimes goes days (or sometimes weeks) without speaking to another adult? Some weeks are tough. And some days are even tougher. But we all somehow push through. Yes we get help sometimes (and some don’t). From our partner, family or friends. But it’s still hard. And it’s not a job we get much acknowledgment for. Or any pats on the back. Instead, sometimes it’s a slap to the face by a toddler. A kick to the chest. And food on the ground after you just tirelessly cleaned & cooked. Sometimes it’s hardly any sleep. Sometimes it’s getting sick and rundown. Everything we do is not because we are asked to. Or because a list was written for us to complete. Or because we get paid to because we don’t. But we do it out of LOVE. We do it because our hearts are so big! We do it out of the immense care we have for our family. We don’t need to put our hands up. We just do it. But your family stands strong. They are healthy. They are thriving. And it’s thanks to you. I see you mama! ❤️ (I don’t want to discredit the amazing work that dads do too. But this one’s for the mamas. 😘) | This is a photo from this morning. Just when I thought Eli was getting better, he takes a few steps back. And just when I thought I got away with getting everything Eli had, I’ve got it too. 🤒 But the show must go on. Not before we stayed in bed for a little longer and I enjoyed his cuddles & breathing 😴 which is music to my ears 😆❤️ who else loves hearing their babes breathe!? 🙋🏻‍♀️🤣

My poor little man has been unwell for the past week and is still on the mend. 🤒 it always breaks my heart seeing him sick. 😢 and it’s usually when my inner mean girl comes out “how could you have let this happen!?” “You could have done better to prevent this from happening!” 😩 But the truth is, kids get sick all the time and you can’t protect them from everything 😅 I would if I could but it’s natural for them to get viruses and help build up their immune system. 🦠 So happy to see my little babe getting better! 😍 (Even though I’m sick now 😅) Also, how nice is the warmer weather!? 💕

32 Weeks 🌻 Bursting at the seams but loving every kick and hiccup 🥰 My energy levels are up and down. Sometimes I’m full of energy (but only to best) and then other times I could nap standing up 🙈 Nesting like crazy and I keep moving things around the house 😅 Also throwing a lot of things out that I would usually have a hard time letting go of. I’m usually not a bath person but I’m loving Epsom salt baths with a few drops of Lavender Peace 🍃 Hormonal AF & could cry at the drop of a hat 🤣 Loving this beautiful set from @projectmeintimates 💕 it’s breastfeeding friendly! 😍🤱🏻 I’m wearing their Warrior Plunge in Shell Caramel #iamprojectme #collab

I know people mean well when they comment on your bump. 🌸 But lately I’ve had people comment “oh you must be ready to give birth soon! Look at you! You’re ready to pop!” And I just politely smile and say yes 😅 But I actually have 8 weeks left give or take. Which is almost 2 months! 😳 So I’m not ready to give birth just yet, despite the size of my bump 😬 (yes I look like I’m full term 😆) We are all different shapes and sizes in general. And when it comes to bumps, it’s the same thing. Some of us have big beautiful bumps (like myself 😅) and others have small beautiful bumps, and others have almost no bump and the average person can’t even tell you are pregnant under your clothes. But regardless, we are all carrying a human life in there. That human is being nourished and is growing and kicking, no matter the size you are. So before commenting about how huge/small a mama or mama to be is, maybe just tell her how radiant she looks instead 😊✨ #32Weeks 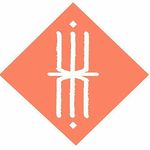 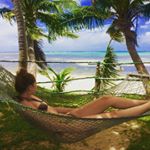 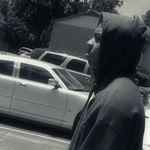 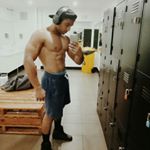 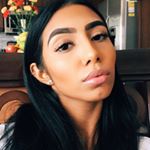 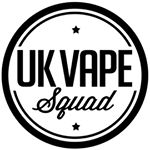 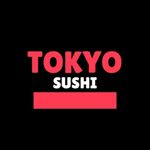 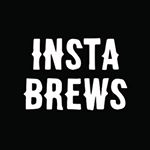 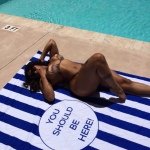 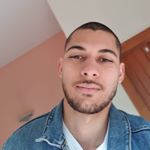 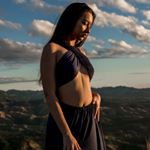 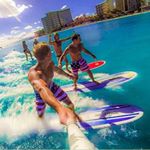 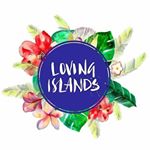 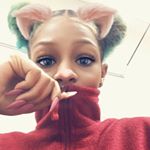 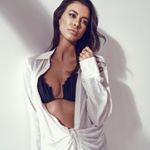