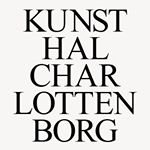 Kunsthal Charlottenborg is one of the most beautiful spaces for contemporary art in Northern Europe / Free streaming in Denmark until 1 Sep 2020 on
inf▓▓▓▓▓@kunsthalcharlottenborg.dk
+45▓▓▓▓▓29
Denmark
25–34
View contact info

GENDER OF ENGAGERS FOR KUNSTHALCHARLOTTENBORG

Launching today: Shakedown Directors Commentary by Leilah Weinraub on DIS.ART💥 Link in bio. — Witness the magic of sex, self-invention, and community of Shakedown: — Los Angeles, the early 2000s. Once a week a new universe is made. This is—or was—Shakedown, a “notorious, legendary, infamous” Black lesbian club night that defined an era of nightlife for L.A.’s queer women and, arguably, visions of dancing, clothing, and image-making that have permutated and been appropriated across the attitudes and aesthetics of the past decade and a half. In 2002, Leilah Weinraub first went to a Shakedown party after being handed info about it while at an L.A. gay bar. Soon Weinraub began filming the Shakedown Angels. For DIS, Weinraub has issued a director’s commentary—à la the classic bonuses you might have gotten on yesteryear’s Criterion DVDs. In it we are offered the opportunity to watch Shakedown, to witness Shakedown, alongside Weinraub, and to see how 400 hours of footage can come together to make a single, complex vision—one that's not nostalgic, but alive and resonant with the power and magic of sex, self-invention, and community. — Free streaming on DIS.ART – the Netflix of contemporary art – all across Denmark until 1 Sep 2020 in a collaboration between @dis, @tranen_nu, @cphdox and #kunsthalcharlottenborg. — Image: Leilah Weinraub, Shakedown Directors Commentary, 2020. #dis #disart #disartdanmark #shakedown #leilahweinraub

Final day that we share a recommendation for a film or series that can be experinced for free on DIS.ART: — RECOMMENDATION # 14: SEA LOVERS — How do humans approach the ocean? For most of our history, the ocean has been regarded as, if not a barrier, an adversary: something to be simultaneously exploited and feared. And yet the sea has proven impossible to enclose, to own, slipping away from national and personal liability. The US author Herman Melville, in many ways a writer of the ocean, said “There is one knows not what sweet mystery about this sea, whose gently awful stirrings seem to speak of some hidden soul beneath.” Ingo Niermann asks us to rethink our response to the fearful oceans, in hope of finding its hidden soul and reaching an understanding with it. In Sea Lovers Niermann offers us a whole chest of new models for reading, touching and feeling the sea. As the seaside theme parks of the early 20th century offered us a safe encounter with the novel and unsettling technologies of the age, could an underwater amusement park allow us closer interpersonal connection with other lifeforms? And just as the domestication of animals into emotional and affective companions made the forests ‘safe’ for our comprehension, could dolphins or cephalopods become our guides to the watery depths that were once our home? Could the salty touch of the ocean itself soften us towards accepting its wild and all-encompassing embrace? — Experience all series and films on DIS.ART for free in Denmark until 1 September 2020 in a collaboration with @dis, @tranen_nu, @cphdox and #kunsthalcharlottenborg. — Image: Ingo Niermann, Sea Lovers, 2020. #dis #disart #disartdanmark #ingoniermann #sealovers #edutainment #dkkultur

Every day in 14 days, we share a recommendation for a film or series that can be experinced for free on DIS.ART: — RECOMMENDATION # 13: MAD WITH CASEY JANE ELLISON: MOTHERS AND DAUGTHERS — Mothers. You can’t live with them. You can’t live without them. Literally. Casey Jane Ellison’s surreal unscripted talk show Mothers and Daughters (MAD) sits mothers and their daughters down to help them explore their own, often underrepresented, connections. MAD is an interrogation of family, of legacy, and of what it means to create and birth an entire human being. By putting on display her own relationships and maternal evolution, Casey Jane Ellison hopes to help cure the often fraught maternal connection for mothers and daughters the world over. Casey asks us to think outside the narrative of familial conflict we’ve been fed and to reconsider the nature of this most essential biological connection — in order to free us all. Full of unexpected twists and turns, MAD critically asks what it is to have, become, and be a mother. — Experience all series and films on DIS.ART for free in Denmark until 1 September 2020 in a collaboration with @dis, @tranen_nu, @cphdox and #kunsthalcharlottenborg. — Image: Casey Jane Ellison, MAD with Casey Jane Ellison: Mothers & Daughters, 2018. #dis #disart #disartdanmark #MAD #mothersanddaughters #caseyjaneellison #edutainment #dkkultur

Every day in 14 days, we share a recommendation for a film or series that can be experinced for free on DIS.ART: — RECOMMENDATION # 12: 60 MILLION AMERICANS CAN’T BE WRONG — The nation-state is a relatively recent innovation, one that tethers belonging to borders and leaves the non-citizen out in the cold. Markets and property have propped up these fixed alliances, but as even they become increasingly immaterial, perhaps citizenship too can become more diffuse. If digital belonging takes not the shape of the earth, but rather of a cloud, might our living situations come to resemble the networks we project ourselves into? In this new technological age, the home rather than the now automated factory is increasingly a central site of production and borders become fraught sites of renegotiation. Christopher Kulendran Thomas and Annika Kuhlmann propose a new domesticity through a long-term project to develop a form of distributed home. Instead of either renting or owning, we could instead have a subscription model of housing to fit a world of constant nomadism. This new liquid citizenship, where homes are streamable and nationality unmoored, promises a revised kind of belonging beyond the constraints of government’s geography. — Experience all series and films on DIS.ART for free in Denmark until 1 September 2020 in a collaboration with @dis, @tranen_nu, @cphdox and #kunsthalcharlottenborg. — Image: Christopher Kulendran Thomas and Annika Kuhlmann, 60 Million Americans Can’t Be Wrong, 2017. #dis #disart #disartdanmark #60millionamericanscantbewrong #christopherkulendranthomas #annikakuhlmann #edutainment #dkkultur

Every day in 14 days, we share a recommendation for a film or series that can be experinced for free on DIS.ART: — RECOMMENDATION # 11: THE VENUS MONOLOGUES — The Venus of Willendorf: the nearly 30,000-year-old mainstay of art history 101 courses. Since her discovery in Austria in 1908, many people have tried to speak for her—calling her fat, fertile, maternal, magical, talking about her hair or hat, her breasts, and butt, her age. But no one’s really listened to what she herself has to say. In The Venus Monologues professor and writer, Andrea Shaw Nevins gives voice to the famous hunk of Paleolithic rock over which so much ink has been spilled. With honesty, humor, and self-celebration, Venus talks us through all the obsessive rumors that have been spread about her (and her sisters). From the early days where historians and archaeologists ascribed her fertility figure status, to early feminists framing her as a goddess, to considering her as maybe a regular old (self-)portrait, Shaw Nevins as Venus talks us through the racial and gendered assumptions historians reveal when they try to get to the bottom of just who she is, and proposes some possible explanations herself. — Experience all series and films on DIS.ART for free in Denmark until 1 September 2020 in a collaboration with @dis, @tranen_nu, @cphdox and #kunsthalcharlottenborg. — Image: DIS, The Venus Monologues, 2019. #dis #disart #disartdanmark #thevenusmonologues #thevenusofwillendorf #arthistory #feministart #edutainment #dkkultur

Every day in 14 days, we share a recommendation for a film or series that can be experinced for free on DIS.ART: — RECOMMENDATION # 10: THE RESTAURANT — Out of the mist of the rainforest rises a lone sign of humanity, or so we think: a looming skyscraper filled only with restaurants. Thousands of chefs—of all species—populate the building, creating inspired, unique cuisine such as pickled cop cars or fan favorite blood ketchup (of what or whose blood, we are unsure, but it is surely delicious!). And what better site for a 21st century cooking show than a tower of nothing but eateries? Our protagonist in this culinary series from Will Benedict and Steffen Jørgensen is the Average Chef, an everyman played by Achilles Ion Gabriel, who is just trying to get by, swiping on YouTube tutorial after YouTube tutorial, buying ingredients from local humanoid snail Monsieur Bulot, and attempting to one up his main competitor, Café Wha?, run by none other than Casey Jane Ellison. With aliens making Drano-based concoctions and psychics divining new recipes, there is certainly something for everyone in this gastronomic high rise and plenty of new kitchen tricks to learn from this otherworldly cooking show. — Experience all series and films on DIS.ART for free in Denmark until 1 September 2020 in a collaboration with @dis, @tranen_nu, @cphdox and #kunsthalcharlottenborg. — Image: Will Benedict & Steffen Jørgensen, The Restaurant, 2020. #dis #disart #disartdanmark #willbenedict #steffenjørgensen #therestaurant #edutainment #dkkultur

Every day in 14 days, we share a recommendation for a film or series that can be experinced for free on DIS.ART: — RECOMMENDATION # 9: GENERAL INTELLECTS WITH MCKENZIE WARK — It seems we’ve lost our heads — no need for a brain when we’ve got thumbs that type and swipe, seeking out knowledge from a glut of online information too expansive for any one mind to hold. And with the head has gone that stalwart of critical consciousness, the public intellectual. Instead, as media theorist McKenzie Wark terms it in is book of the same title, we have General Intellects — thinkers, who, when constellated, create a collective picture of our world. No individuals and no minds, big data is the big opportunity to give up on storing information and instead knowing how to find it, and better yet, use it. General intellects are guides to this brave new world, helping us understand how to be and see our own bodies and societies under technological capitalism. Wark leaps from Chantal Mouffe who proposes new means of gaming conflict in the political sphere, to Paul B. Preciado, whose work explores the ways bodies are produced by images and hormones and who calls for a vanguard that intervenes microscopically, to Sianne Ngai who considers a new series of aesthetic terms, offering a revised starting point for imagining ourselves and the world we might have in the twenty-first century. — Experience all series and films on DIS.ART for free in Denmark until 1 September 2020 in a collaboration with @dis, @tranen_nu, @cphdox and #kunsthalcharlottenborg. — Image: DIS, General Intellects With Mckenzie Wark, 2018. #dis #disart #disartdanmark #generalintellectswithmckenziewark #edutainment #chantanmouffe #paulbpreciado #siannengai #kustomkulture

Every day in 14 days, we share a recommendation for a film or series that can be experinced for free on DIS.ART: — RECOMMENDATION # 8: PUBLIC SERVICE ANNOUNCEMENT — In this era of mass confusion and delusion it’s important to keep the facts straight. Beginning with the mass deception that led to the financial crisis, these PSAs offer clarity in an increasingly opaque world. As our homes, property, and increasingly bodies are offered up as collateral to the tyranny of financialization, it’s necessary to ask “how did we get here?” In 2008 we were promised “hope.” In 2018 many of us don’t have a whole lot left. Instead of revolting against an economic world order that came crashing down, pulling those not at the top with it, we’ve rebuilt it better, with increasingly friendlier faces and deeper inequities. This is an economic revolution —just not the one you wanted. — Experience Public Service Announcement by DIS and all series and films on DIS.ART for free in Denmark until 1 September 2020 in a collaboration with @dis, @tranen_nu, @cphdox and #kunsthalcharlottenborg. — Image: DIS, ‘Public Service Announcement’, 2018. #dis #disart #disartdanmark #publicserviceannouncement #dkkultur

Every day in 14 days, we share a recommendation for a film or series that can be experienced for free on DIS.ART: — RECOMMENDATION # 7: CIRCLE TIME — The ultimate test of your own understanding is to be able to explain a concept to children. Circle Time is educational television for a new age, teaching kids (and us all) about the complicated social machinery of our technocapitalist world. — Experience all series and films on DIS.ART for free in Denmark until 1 September 2020 in a collaboration with @dis, @tranen_nu, @cphdox and #kunsthalcharlottenborg. — Image: DIS, Circle Time, 2017. #dis #disart #disartdanmark #circletime #edutainment #dkkultur 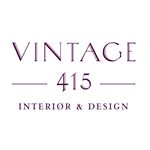 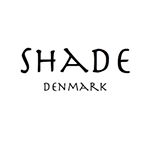 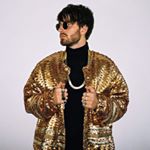 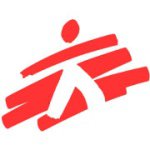 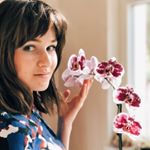 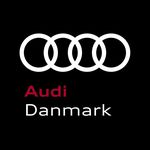 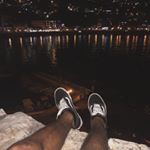 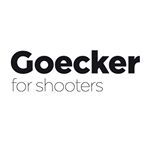 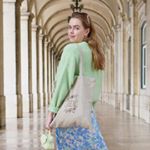 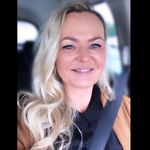 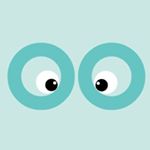 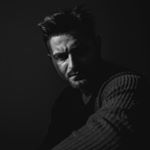 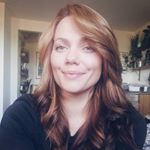 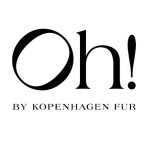 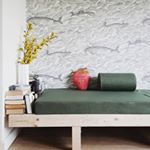