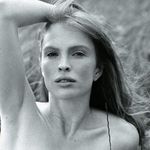 GENDER OF ENGAGERS FOR GIGITHOENNES

My Katha Heart ♥️ Today is your birthday, and I think you deserve the world, yet somehow I don’t think you always see that! But I want you to know, I often find myself wondering what I did to deserve you. Looking back at 30(!!!) years of friendship, you taught me what a soulmate really is, and I wouldn’t be able to survive without having you in my life. You make every single person around you better, without even realizing it. Because you make them laugh even when they’re sad, and you will forgive them for what they said when they were mad. You believe in them even when they don’t believe in themselves. You are there for them even if they haven’t always been there for you. And you care for them before you even care for yourself. You get to know them down to their very core, even when they are hard to get to know. You go to war for the people you love, and you do it without even thinking. Love isn’t an option for you. It’s just who you are and it makes you the most beautiful soul! Because your love isn’t fearful, or weak. It’s the most powerful force that I have ever felt, indestructible and unconditional ♥️ But you are not only what everyone else around you needs. You are all that you need! Because you are so much stronger than you even begun to realize. You are honest and caring. You are hilarious and intelligent. You are strong and compassionate. You are beautiful, and powerful! You don’t let people change you. And don’t ever let them! Never let any single person come into your life and make you believe that you ever have to be more of anything, because you are already more than all of us combined. And I know that you might never see yourself in the way that I have written here, but just know that I see it in you every single day! It’s why you deserve the world. Because you change it! ✨ I am so fucking proud of you! Happy Birthday ♥️ • by @moonlovers___

It’s interesting how the most challenging times in life can be the also most rewarding at the same time ✨ The past couple of months were definitely not easy for me, and I am sure so many of you felt the same way 🙌🏻 Not easy is probably even a very polite way to describe it. At times it was difficult for me to not just hide under my blanket all day 🥴 But looking back, these past few months actually rewarded me with the most beautiful gift there is, new close friendships ♥️ All of us just had a little more time than we usually have, a little more time to connect, a little more time to make space for new people, a little more time to breathe and actually get to know who you have in front of you 🙌🏻 So thank you 2020 for bringing my these beautiful new souls into my life! My quarantine buddies, my foodies and my support group when I am hiding under my blanket ✨ And just to be clear, since I know that I have some very jealous friends 🥴 OF COURSE no one is ever replaceable, even if I meet new incredible people. I love you all ♥️ #mondaythoughts #friendship #gratitude #foodies #greatcompany #besties #foodheaven #luckyme

Miss the luxury of going out to dinner with my girls and not having to worry about anything. Who would have thought that it only takes three months to change our whole reality. It breaks my heart to see the hospitality industry suffer that much 💔 #losangeles #hospitalityindustry #interiordesign #covid19 #strongertogether #editionhotel #missyou

Some people look at sunsets at the end of something beautiful that once was, the day. Others see it as simply a new beginning to a different but equally beautiful thing, the night. Perspective, it’s always perspective ♥️ @moonlovers___ #perspective #beautyoflife #wecandothis

To be honest with you I wasn’t always aware how much you have to give up when you become a mum. Now I am not a mum myself, but a lot of my friends are and I don’t know how they do it ♥️ To all my beautiful mums out there, you are doing an amazing job! You are the real superheroes, creating a little human, giving it all you got and still having to deal with all the challenges that life just generally throws on everyone 🙌🏻 • Thank you Mum for everything you gave up for me, and for teaching me a healthy relationship to food 😂 (I am starring at a piece of Pizza on this picture)! We are and will always be connected even though I moved away much further than you were comfortable with ♥️ #happymothersday #superheroes #love #familyiseverything

Hi You, I haven’t been doing social media for a really long time, time just flies 👀 But I wanted to take a moment today to remind you that it’s ok to feel unstable right now. It is ok if you feel like hiding from the world. It’s ok to not be ok ♥️ I had so many conversations with friends who feel guilty that they are not productive in these times. Please don’t! You should allow yourself to feel however you feel! If that means being productive then that’s great 🙌🏻 But if that means relaxing on the couch in pjs all day then that’s ok. Give yourself a break, pay attention to the way you talk/think about yourself and just do you! Don’t forget just because someone looks like they are productive doesn’t mean they actually are! We have all seen the people who apparently hit the gym every day and somehow never manage to change their results 😉 #dontbelievethehype #bekind #qurantinelife #wegotthis #doyou #losangeles

You was talking shit in the beginning, Back when I was feeling more forgiving, I know it piss you off to see me winning 🖤 WOW by Post Malone #postmalone #mood #letthemtalk #vulnerabilityisstrength #fashion #modellife #yourfavoriteredhead #blackandwhitephotography #daniellemidenge @daniellamidenge

#CHANGE and #TIMEMANAGEMENT have been the most important words for me lately. I have always had a very active & strong personality. I knew what I wanted and I just went for it. No Excuses! People would tell me that I can’t do something & I would always just answer: “But why not?” I know it sounds like a cliche but it’s the truth 🙌🏻 Suddenly though, I started to feel the pressure of my own goals. Slowly I allowed doubt & insecurities to lead my actions & you can imagine I crashed hard! I started to listen to other people’s opinion about me & my abilities. For me personally the USA is a completely different shark tank 🦈 Europe is my home, somehow I always felt safe. Here you are dealing with a very different kind of competition. People are hungry for success! This is where I wanted to be but I wasn’t sure if I am good enough! I wanted to do more than modeling but I was scared what people would think about it. Would they laugh at me trying new things? A lot of time, self reflection, uncomfortable honest conversations with my support system & the constant question in my head, “WHO DO YOU WANT TO BE?” led me to the realization that it’s really all about what I believe myself. I know this sounds so simple but it’s so hard at the same time! Most people won’t support you or won’t be happy for your success! People will talk & have their opinion about you anyway! So I decided to clean up my closet (that’s how I call it 😉). I created CHANGE! I decided that only what I think about myself really matters. I got out of my comfort zone (which was super uncomfortable 😉), I said goodbye to some friends who are only about themselves & found incredible new friends who have the same goals, attitude and focus like me. Oh boy did my life change! Just last year, I finished my psychology degree, worked in a start up for a little while to then go ahead & start my own business, turned my passion for skin care into a business, did my real estate license & joined one of the most successful teams in my office! I have NEVER felt better about myself! I accepted that not everyone is going to like or believe in me! And that’s ok because I DO✨

Don’t be mistaken, I do see you! #fashionphotography #redhead #modeling #daniellamidenge #portrait #you

I grew up climbing trees and hiding in them, often I would play hide and seek in corn fields. I would follow ants around to observe their strength and work, and would build treehouses in the woods. I would spend days outside simply following the flow of my curiosity about nature. Thinking back to my childhood, I am very grateful for these experiences ♥️ This planet, nature, is our mother. She provides everything we need to survive and if you take a minute to appreciate her beauty, she will help you not to take yourself too seriously. We are not important. Our time is limited. That’s a fact! Just keep this in mind and maybe it will give you the freedom to just enjoy what you have now and to not take life too seriously. • #mothernature #beautyoflife #mondaymotivation #thoughts #baliadventures 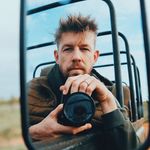 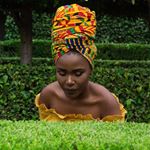 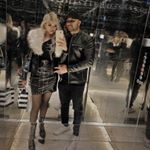 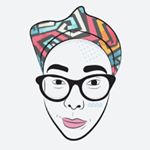 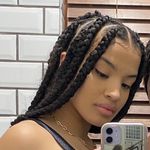 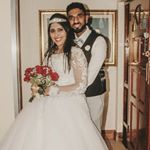 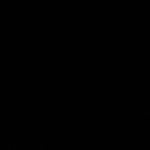 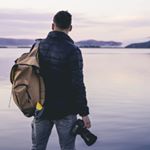 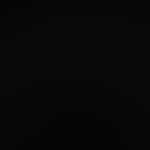 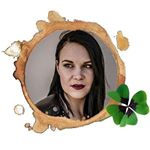 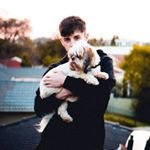 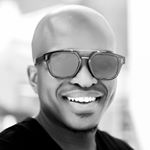 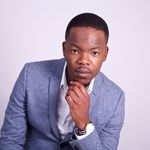 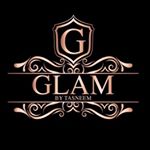