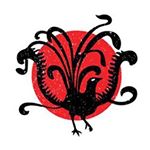 GENDER OF ENGAGERS FOR BETOOTAADVOCATE

Small-time crim Daniel Starkes, who was amongst the first to try out the new measures during the week, described the experience as “bullshit”.

According to its owners and other acquaintances, a local cat has spent most of it’s spoilt life on its arse, and not doing any of the cool shit humans would do if they were cats.

Under the change, any food which stays on the floor for more than 2 seconds is to be immediately discarded and is not to be eaten under any circumstances.

A pretty impressive team to say the least. Head to the story to read the full wrap up of some of the greatest to ever come and play in Betoota!

WHY: A local introvert has once again come to the conclusion that his workmates are derricks. It’s believed Tom Belfast first realised he had nothing in common with his colleagues while indulging in some after-work drinks, and after having some time apart Mr Belfast’s says he thought things might have improved. But as he is this afternoon realising, getting on the tins with his colleagues is somehow less enjoyable in isolation, when he’s not even around them, than it is in person. It became clear to Mr Bellfast while he was 3-minutes into a compulsory after-work drink via Zoom, he tells The Advocate that he should have known it would suck, especially because wearing a silly hat was a mandate. “I literally didn’t think work drinks could get any more boring” “Turns out they can” “I’ve never been a part of more awkward silences in my life” However, Mr Bellfast did say there was one enjoyable thing about the Zoom call. “Haha, yeah, my boss is that woman who got stuck as a potato. It’s hilarious” “She just floats around the screen like she’s trapped in there” With an end to Betoota’s lockdowns nowhere in sight, Mr Bellfast says he’s going to have to figure out a way to make the Zoom drinks more fun. “I’ll just have to rock up half-pissed, it’s the only way.”

RUN! IT’S THE SPICY FLU: A breeding pair of Betoota Heights sexagenarians have both lashed out and rolled eyes at the suggestion it’s harder to buy a house today than it was in 1980. “I can’t believe we’re still talking about this,” said Glenda Pearson. “The generation now has avocados and mobile phones, we had savings and babies. My kids all have houses now because we instilled a great work ethic in them.” Kevin Pearson pursed his lips and looked at the floor. “We also helped them with a no-interest deposit – and they work for me,” he said. Glenda rolled her eyes again and tugged sharply on the front of her blouse. “There’s nothing wrong with that. If you’re in a position to help your kids into property then you should do it. I don’t think we should apologise.” Government around the world are also refusing to apologise to the planet’s future workers for lumping this life-defining debt on their shoulders to simply extend the life of their parents and grandparents. So far, $320bn has been spent in Australia on the coronavirus response. If there are 5 million Boomers in this country, the young people of Australia have spent nearly $64 000 on each life. Does this value for money? Is it a good investment? Could we have let the virus take its toll on the nation and spent the money elsewhere? The answer is yes, according to a prominent right-wing think tank here in the Diamantina. The Please Be Proud Of Me Daddy Foundation released a paper earlier today that ‘played Devil’s Advocate’ on a number of policy and economic issues surrounding the pangolin’s kiss. “The generation that told Millennials to stop buying avocados if they want a house has just had a third of a trillion dollars spent on it to protect it from a simple flu,” “So I guess the real question is: Will you still want me, will you still need me when I’ve cost you $64 000?” More to come.

"I’m the real Tiger King. But don’t worry, I won't be going after Carol Baskin," he laughed.

NICE WORK, PIDGE: Though the game shrunk by more than half last year, Rugby Australia’s star marketing pigeon is in line for a bonus this year after rating himself 98 per cent in a 2019 performance measure. It was a tough year for Marketing Pigeon, who was thrust into the role by socks-down country boy Chris Latham after former Nationals leader Barnaby Joyce trapped and ate the original marketing pigeon. However, the flying rat prevailed. Mr Pigeon is in line for a $25 000 performance bonus, which he will put into a term deposit until the next Rugby World Cup. He plans to travel over for it, wherever it is this time around, with six mates from his local private boarding school. However, the 98 per cent performance rating has attracted criticism from a number for former Wallabies who say given the current state of the game, nobody should be taking bonuses. Local Wallaby and Royal Betoota PGA professional Jason Little, who hoisted the Web-Ellis Trophy in 1991, explained to The Advocate that it’s not a good look. “You don’t have to be Peter Fitzsimmons to see that taking a bonus for doing a pretty average job isn’t a good look, considering the game’s about as healthy as toad-necked diabetic New Yorker right now,” he said. “But what do I know? I’m just a polite Queenslander who was lucky enough to get picked to play for the Wallabies. Seriously, though. They never pick Queenslanders for the green and gold anymore. I don’t know what’s the worse crime here.” The Advocate reached out to Rugby Australia for comment but none of the over-payed remora fish at the top of the organisation could find the time to reply. More to come.

THROWBACK THURSDAY: Residents of Brisbane say the abrupt reduction in the number of CityCats ploughing through the river because of the coronavirus lockdown is seeing a positive impact, with the famous Brown Snake cleaner than they have been for years. Residents have observed swarms of fish in the usually muddy waters, as the city takes a break from tourism and the spill-off of factories, revealing sights not seen in the Queensland since Sir Johannes Bjelke-Petersen was premier. While the ecosystem is thriving from the mouth of the river to Lake Wivenhoe, Brisbane residents are even reporting seeing left-wing activists for the first time in over thirty years. The skeletons of hundreds of trade union, Indigenous, LGBTI and suffragette campaigners and advocates are now finally visible from land as the water clears. “Amazing!” says South Bank local Milton Petrie (55), who spoke to our reporters on the William Jolly bridge today while taking in the sights. “I you can even see their placard signs from when they were protesting the rough treatment of the hippies at UQ!” “Haha. Ironic isn’t it? Getting murdered by special branch cops for simply protesting against police brutality” Another resident, Karen Dale (60) says she never thought she’d see this many real leftie activists in Queensland again. “Wow. Look that skeleton is even grasping the police badge of one the cops that threw her in the river for being homosexual!” When approached for comment on the dark revelations on the Brisbane riverbed today, Premier Palaszczuk says it’s great to know that history will never repeat itself. “That’s why I banned protesting. Climate strikers don’t have to to disappear if they can’t protest haha”

STOP PAWING: A local woman has today had her usual slew of unwanted sexual advances upgraded from verbal to physical after setting up an office from the comforts of her living room. Sarah Robertson, 26, tells our reporter that though she was grateful to have the option to work from home, she’d naively thought the new environment would give her a break from the prying eyes of an overly keen coworker. Sarah reveals that her position as a ‘Big Six’ legal firm junior lawyers often meant that she’d had to grin and bear it when a higher-up felt the need to appraise the length of her pencil skirt or tell her that the coral hue she’d chosen as a lipstick that day, really made her lips pop. Her new job placement was supposed to be a reprieve from the constant barrage of loaded compliments, but a slightly amused Sarah admits that although her husband’s constant handsy behaviour can be annoying, it’s a lot more welcome than the lewd comments from middle-aged men. “I never knew just how fucking annoying my husband is”, says Sarah, shaking her head, “or just how goddamn messy he can be.” “But at the same time, it’s kind of hot seeing how assertive he is on the phone. It’s kind of disorienting. Like how is the bloke that tells his clients to ‘schedule it in and we’ll revisit it later’, the same guy who sulks when I don’t let him be the little spoon?” More to come.

BHETTUR LUOCK NIEXT TYHME, BRU: Two French Quarter flatmates are making the most of their time together by generally avoiding each other until one of them decides to play FIFA. Tom Stanley, a kind and generally upbeat Kiwi, has been sharing a flat with his Australian friend Mike Taylor for over a year now. He describes it as being peaceful and uneventful. They both have high-paying jobs, they both still have those jobs – but have to work remotely. “Things are great but I miss watching and playing rugby, you know. It’s in my blood, I can’t help it,” said Tom. The 28-year-old software designer spoke briefly to The Advocate today from his third-story window. Our reporter was walking his elderly neighbour’s dog around the block so he could enjoy a John Player Special away from the wife and kid. “So sometimes, when [my flatemate] Mike and I play FIFA, I give him a small window to secure victory before I score four goals back to back and flog him,” he said. “That’s soothing my rugby withdrawals. I’m always polite and humble in victory, which is a cornerstone of our success as a rugbying nation,” “Only once have I lost my temper playing or watching rugby. We’d just beaten the Wallabies in Dunedin in the pissing rain and I asked this miserable-looking Aussie how it felt to come all this way to lose and he just turned around and said, ‘Mate, at least I get to go home. You’re stuck in this fucking shithole,’ and I just about lost it,” “I called him a prick.” Tom then apologised for no apparent reason and poked his head back inside. More to come. 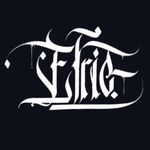 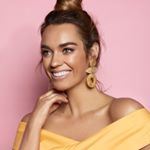 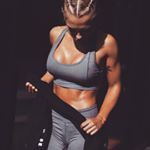 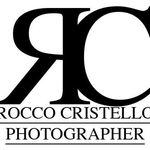 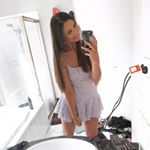 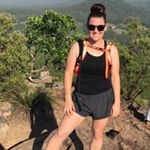 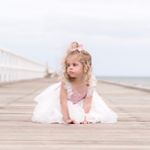 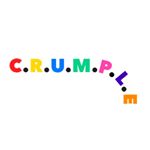 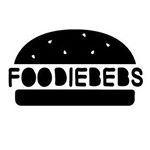 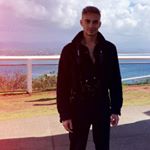 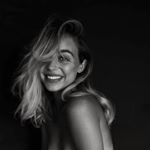 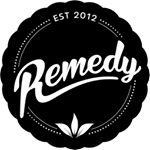 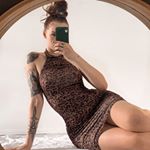 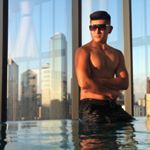