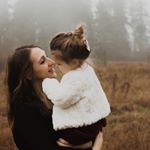 GENDER OF ENGAGERS FOR LAURALIIRA

Happy THIRD birthday to my London girl! She’s fiercely independent, filled with joy, creative and so tender hearted. She loves dance parties, going on bike rides, all things Frozen and apple juice. She’s a dream come true and I’m so thankful to be her mama. I cannot believe how much she’s grown this year 😭❤️ Love you baby girl, keep shooting for the moon 💛💛💛

What’s your favourite Halloween Movie/Show? I watched Hocus Pocus last night and lols to all of us 90s girls having a crush on Binx the Cat 😻😻🤣🤣 Next on my list are the Simpsons’ specials and MK & Ashley’s Double Double Toil and Trouble!

Hello new tiny office space 👋🏼 Now I’m motivated to work here vs. lying on the couch on my phone and something tells me I’ll be much more productive now 🤣🙈. Thank ya for voting on the colour, we went Arizona Tan. It’s less peach and more brown in person and I’m in looove. Now hopefully this space will motivate me to get our kitchen plans finalized 🤗🧐💃🏻😳 Also can you spy that thrifted vase that used to be black and white? A little bit of paint & baking powder and hello glow up 😍. . . . . . . . . #colorblock #colorblockwall #aabhome #interior123 #shelfstyling #scandiboho #bohodecor #plantsofinstagram #homesohard #diyhomedecor #omysa #showmeyourstyled #currentdesignsituation #officeinterior #bohoismyjam #iny10520l #shelfiedscor #mybohoabode #ispyraddesign #lonnymag #myhousethismonth #sodomino #interiormilk #smallspacesquad #plantsmakepeoplehappy #scandinavianhomestyle #scandinavianinterior

CREEPIN IT REAL 👻 happy Friday friends! What you up to this weekend? We’re heading to a local farm tomorrow to explore the corn maze, pumpkin patch and go on the spoOoOoky train ride and I’m so excited. Making memories with the kiddos is my fave 🎃🍂🖤

#ad Who else is loving these last few warm days? We took advantage of the sun and surprised the kids with a backyard picnic all thanks to a special @mcdonaldscanada picnic via @skipthedishes. The food came so quickly and the kids are always game for a Happy Meal. Check out my stories to see more 🍟🍔❤️ #TeamMcDs

5 years ago today I wrote in my journal, “Let us hold tightly without wavering to the hope we affirm, for God can be trusted to keep his promise.” -Hebrews‬ ‭10:23‬ . We had been trying for a baby for months on end and everyone around me was getting pregnant. I was trying not to be bitter and to hold on to hope...but little did I know, my promise was coming. . That very night I dreamt I was pregnant and I just knew when I woke up that it was a dream from God and I was pregnant! I tested a few days later and sure enough, two lines...I was pregnant with Luca ❤️ . In the dream, my sister was pregnant too! We were laughing over our growing bellies, mine was a little bit bigger than hers so I just knew in my heart that she was going to get pregnant too. She had been trying to get pregnant for two years and after two miscarriages doctors were saying that they probably wouldn’t conceive on their own....but alas, a few weeks later she got that positive test and 9 months later we had our first babies exactly a month apart. ❤️ . I don’t know much in this current season (🧐🤔🥴) but what I do know is, God is still moving and still faithful! If you’re waiting for your miracle baby, please let me know, I’d love to pray for you ❤️❤️❤️ #miraclebaby . . . . . . . . . . . . #minimaldecor #scandidecor #scandinaviannursery #scandinavianhome #scandinaviandecor #homedecor #cornerofmyhome #theeverymom #pregnancystory #pregnancymiracle #mycozyhome #myhyggehome #iny92920l #howwehome #bohohome #canadianinfluencer #canadianblogger #yyjinfluencer #yyjblogger #lightandairylove

Happy Monday friends! Pumpkins, crows and ghosts have started to take over my living room! Just need to get my bats out but I’m a bit sensitive about bats this year 🙃....thanks for your input on the next colour block (can’t stop, won’t stop 🤣🙈). I just picked up the paint but then we realized all of James’ paint supplies are in his work van which is in the shop so it will just have to wait!

🍂 Win a @madegoodfoods prize package! 🍂How's back to school going mamas? It's a bizarre time, but I know we're all making the right decision for our individual families! My big kids go to daycare one day a week and the rest of the time we're in the school of “mama on maternity leave”. It’s messy & unorganized but has lots of love and SNACKS. 🍂 Our faves are @madegoodfoods and today we’re giving away $60 worth of snacks !! They're organic, delicious, and free of the major allergens so we always send them in Luca + London's daycare lunch. They also have a serving of vegetables..gives me peace of mind if my picky 3 year old decides to not eat her cucumbers! 🍂To enter: Follow @lauraliira and @madegoodfoods Like this post Tag two friends in the comments BONUS: Repost in your stories and tag both @lauraliira and @madegoodfoods *open to us/Canadian residents only, ends on 9/27 at 11:59pm* #MadeGoodFoods #BTSMadeGood #MGBackToSchool #MadeGoodSnacks #MadeGoodPartner

“Mama! Stop looking at your phone, I’m talking to you!!” I hear those words from my four year old and my heart breaks. I’m ashamed, appalled and angry at the addiction I have to this device that I’m ironically using to type these words. We watched The Social Dilemma over the weekend and our eyes were opened to not only how attached we are to our phones but to other heart breaking stats like, how suicide and self harm rates in 10-14 year old girls have sky rocketed since social media was introduced 💔 We can blame a lot of things but I believe change starts with us, in our home, influencing our families and those around us. I’d love for you to share how you’re setting boundaries with social media/phone usage! And swipe to see some more examples (thank you for letting me share!!) 🖤 Here are some things I’m trying to change: -turn off all notifications except text, fb msg and call alerts -no phone usage in the bedroom (we’ve had no phones in the bedroom for a few years but it’s Leo’s baby monitor so I’m challenging myself to only use it for that) -no social media till after breakfast -taking a lot more breaks from my phone (putting it in a spot and NOT checking every five minutes which is very hard for me 🙈🙈) ❤️ My intention here is to not shame or judge anyone. I’m the worst at checking my phone every two seconds and spending way too many hours 😳 on it. At the end of the day I want to be present with my kids and present with my thoughts. I want to teach my kids that it’s ok to be bored (and be ok with that for me too!) There is a lot of life outside these squares and I think I’ll have regrets if I look back and think that I spent way too much time looking down tethered to a device rather than enjoying the life around me. 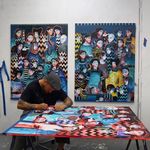 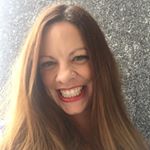 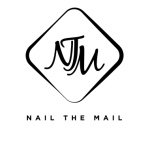 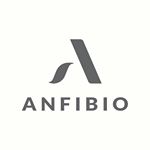 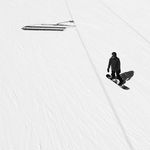 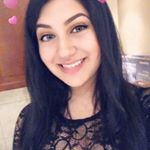 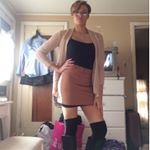 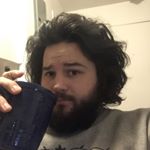 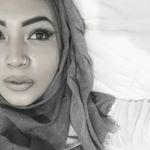 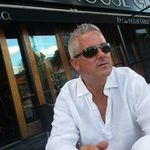 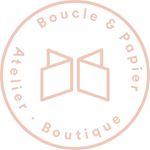 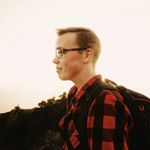 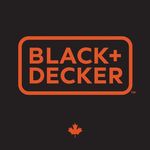