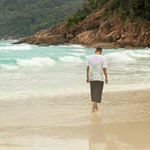 GENDER OF ENGAGERS FOR RAMBLEANDWANDER

. . 📍 The Forum, Pompeii, Italy. . #rambleandwanderXitaly . Pompeii, an ancient city in Italy that suffered a volcano eruption from Mt Vesuvius (seen here in the background) back in the first century AD. The city (and some 2000 of her people) was buried under 25m-deep volcanic ash and had remained so for centuries until excavation started back in 19th century. I have photos of "bodies" of some of the victims (made of Paris plaster) based on their actual body positions when they were first found covered with the volcanic ash. Whatever your faith, you might feel like repenting on the spot when you see some of these bodies. 😌 Perhaps I'll upload some on IG story later (like after 3, 4 weeks 😂) but if you can't wait to see them, just Google for Pompeii. This UNESCO World Heritage site, btw, is located about 30 minutes drive from Naples. #panorawma - A 3-square panorama photo series (Part 3/3). See profile for the whole picture 😉. .

. . 📍 The Forum, Pompeii, Italy. . #rambleandwanderXitaly . Pompeii, an ancient city in Italy that suffered a volcano eruption from Mt Vesuvius back in the first century AD. The city (and some 2000 of her people) was buried under 25m-deep volcanic ash and had remained so for centuries until excavation started back in 19th century. This UNESCO World Heritage site is located about 30 minutes drive from Naples. Have you been here before? What do you think of Pompeii? #panorawma - A 3-square panorama photo series (Part 2/3). See profile for the whole picture 😉. .

. . 📍 The Forum, Pompeii, Italy. . #rambleandwanderXitaly . Have you ever waited patiently for a place to be clear of people before you proceed to take a shot only to have it filled with more and more tourists that arrive by the bus loads? If you're in Italy, you can only keep on wishing! 😂 Stressed, wo! 😭 . But anyway, this was taken in Pompeii, an ancient city in Italy that suffered a volcano eruption from Mt Vesuvius back in the first century AD. The city (and some 2000 of her people) was buried under 25m-deep volcanic ash and had remained so for centuries until excavation started back in 19th century. This UNESCO World Heritage site is located about 30 minutes drive from Naples. #panorawma - A 3-square panorama photo series (Part 1/3). See profile for the whole picture 😉. .

. . 📍 Galleria Umberto I, Napoli/ Naples, Italy. . #rambleandwanderXitaly #visitnaples . Okay, this is my 3rd & last photo of Galleria Umberto I to be shared here. Personally, I think this is one of the most beautiful shopping malls that I have been to throughout my travels. (At the top of my list is probably Galeries Lafayette in Paris, France.) What do you reckon? Do you agree? If you have been to one that is more beautiful, do let me know. I'd love to check it out! .

. . 📍 Galleria Umberto I, Napoli/ Naples, Italy. . #rambleandwanderXitaly #visitnaples When I found out that the third floor of Galleria Umberto I is made up of private apartments, I was in awe. But then, when I think about it, it's just like living on the upper floors of a shop lot, right? Heh! 😁 It's all about perspective, isn't it? The architecture here is no ordinary stuff, though. I can easily spend hours sitting at a cafe here, just sipping coffee and getting lost in thought while marvelling at the beautiful facade & glass rooftop. Unless, of course, if you're sitting here with me. *batuk batuk* .

. . 📍 Galleria Umberto I, Napoli/ Naples, Italy. . #rambleandwanderXitaly #visitnaples I was really into arts when I was still a kid. In fact, I had won a few prizes from art competitions at school level & national level as well throughout my school years. When I was in Form 5 and Form 6, I even took Architectural Drawings as an elective course. But architecture was not one of my listed choices for my bachelor's degree course when I was applying to get into a university. Why? Because I didn't think I was good enough at it. So I stopped with all the sketchings when I started my degree. Over the years though, throughout my travels, I've realised something. I've never really stopped enjoying architectures. You'd notice that most of my travels are into towns and cities. Not the countryside, not the beaches, and not the hills nor mountains. Why? Because I enjoy looking at buildings, old and new. And that's probably why I could enjoy Dubai when so many would complain about getting bored after spending just a few days there. And that's also why I feel envious when I look at architects like @amer.artist and @qaisyjaslenda who travel the world and would spend time doing sketches and sharing them with us. Sometimes, I wonder what if I had chosen a totally different career path. But there's no point in looking back at this stage. I'm just grateful that I could still travel and appreciate things that I enjoy, architectures included. But enough about me. How about you guys? Did you follow your interests when choosing your studies/career? Are you enjoying what you are doing now? If not, it's probably time for some mid-life crisis now, haha! 😂 . This photo was taken at Galleria Umberto I, btw. It's a shopping mall in Naples that was built in the late 19th century. The design, apparently, was inspired by Milan's Galleria Vittorio Emanuele II, Italy's oldest, active shopping mall, that was built just some 20 years earlier. Interestingly, despite this fact, Galleria Umberto I is actually recognised as (part of) a UNESCO World Heritage site while Galleria Vittorio Emanuele II is not. .

. . 📍 Piazza del Plebiscito, Napoli/ Naples, Italy. . #rambleandwanderXitaly #visitnaples At least a couple of you has complained to me that it was rather stressful seeing a tilted (?)/ slanted (?) (senget benget) photo, 2 photos ago. Padan muka! 😂 So here's another one for you guys! 😝 . Sometimes, an individual photo may not be able to show us much. We might need to see at least 2 or 3 photos to get a more complete picture. I mean, just like how you and I would complete each other when we are together... 😘😘😘 #eh eh eh? (I see a few pairs of eyes rolling there! 😂) . But seriously, from time to time, we might need to step back & look at the bigger picture to appreciate the beauty in something (or someone) despite all the flaws, don't you think? . By the way, did you know that a king, who's actually Napoleon's brother-in-law, planned this huge square (the largest in Napoli) and the massive building with the colonnades as a tribute to the Roman emperor? Just look at the scale compared to the men & women in the photos. Madness! . #panorawma - A 3-square panorama photo series (Part 3/3). See profile for the whole picture 😉. .

. . 📍 Basilica Reale Pontificia San Francesco da Paola, Napoli/ Naples, Italy. . #rambleandwanderXitaly #visitnaples Have you ever been to a foreign place (an attraction, town or city) and took some photos even, but for the life of you, you don't remember anything about the place? Or you just don't "feel" anything about the place? Where was it? Would you still revisit & give it a second chance or is it a case of once bitten, twice shy? . For me, it was here in Naples. I felt totally disconnected with the place. Like I was just going through an out-of-body experience, like in a dream, just floating around, seeing people & places with no interaction whatsoever and without feeling any excitement like one usually has when exploring a new place. And then I snapped out of the dream the moment I left the city, wondering what had happened, if I had really been there and if I did, what did I actually do? . #panorawma - A 3-square panorama photo series (Part 2/3). See profile for the whole picture 😉. .

. . 📍 Piazza del Plebiscito, Napoli/ Naples, Italy. . Hello! I'm finally back, with another uninspiring, no subject, unfiltered (senget benget) photo! 😅 And yes, I'm still alive, barely. Huhu. 😭 But nvm about me. Let's talk about something else. I notice that some accounts that I follow and some that follow me would go missing (get deactivated) from time to time. Are you one of them? Is there any reason for this? I used to wonder why. I still do. But then, I myself might also go missing from time to time, for various reasons. (Although, I've never deactivated my account, because I'd worry, "what if someone misses me?" *coughs* At least, there's still a way for that illusive someone to reach out to me "coughs* 😉😉😉! Sadly though, nobody really misses me #teamforeveralone 😭) . On a more serious note though, do you reach out to your friends when you notice things like this? When their accounts go missing? Or when there's been no updates for awhile? Ask if they're okay? Or you simply carry on with your busy life? Or just keep on wondering like I do? #rambleandwanderXitaly #visitnaples #panorawma - A 3-square panorama photo series (Part 1/3). See profile for the whole picture 😉. .

#rawOnThaipusam 05/06 . Pierced and Framed. . 📍 Batu Caves, Selangor, Malaysia. . . This is the same guy from photo 04/06, soon after he got pierced across his mouth with the spear. The photo is framed with the arms of those trying to take photographs of the guy. I think the framing turns out just nice here. However, it showcases one of the things that I DON’T LIKE about Thaipusam at Batu Caves – and I’ve noted this since I attended it for the first time back in 2013. There are so many who are there to take photos (either using a phone or proper camera) but do not respect the fact that the Hindus are there to perform their religious ritual, and not exactly put on a show. Whatever faith or belief you profess to, just imagine trying to pray (or simply move even) when suddenly you have a camera or two shoved like less than a foot from your face, front and back. Now imagine there are 5 cameras. Or 10. Can you pray in peace? Can you concentrate on doing what you're trying to do? What would you do? I’m not saying that everyone did it but from what I saw, there were certainly a lot of those who are guilty of this. I’ll share a photo that illustrates this madness, on my Instagram Story later. Kudos to those who kept a respectable distance and were not as intrusive when taking photos but yet, still could come up with great photos! I really admire you guys! What do you guys think about this? . #rawfacesofmalaysia #thaipusam at #batucaves #discoverselangor #malaysiatrulyasia .

#rawOnThaipusam 04/06 . . 📍 Batu Caves, Selangor, Malaysia. . . This is not the best photo that I managed to take on Thaipusam day at Batu Caves recently. (It is not the worst either, heh! 😅) The focus is off because this was taken through a small opening that I got in a split second by chance despite the crowd standing in front of me. Somehow, I kinda like it. I'm not sure what draws me to this photo. Perhaps, it's his eyes. So I'm sharing it here with you. It shows a man praying. He's actually kneeling at the time and in front of him was a woman. I don't know if she's his wife or mother or someone else altogether but that's her sari and her hand that you see in the picture. She's standing like she's giving him a blessing before he proceeded with getting his mouth pierced with a spear. (Photo of him with a spear would be up next, btw, and I promise you that the focus is much better. 😜) . . #thaipusam at #batucaves #discoverselangor #malaysiatrulyasia . 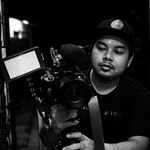 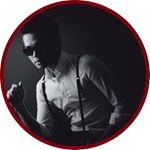 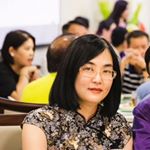 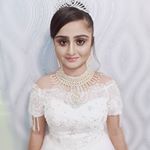 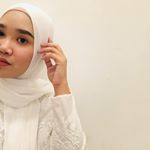 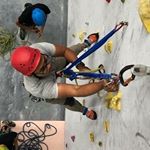 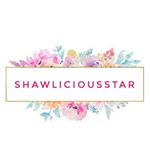 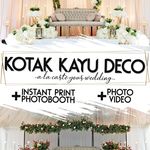 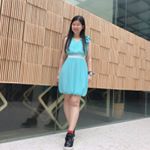 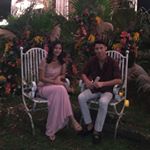 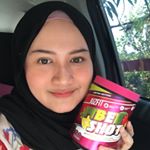 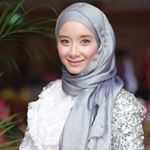 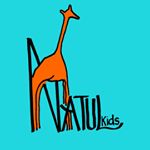 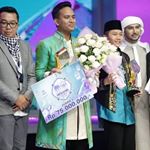 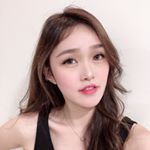