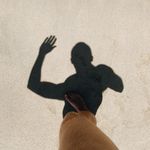 13.04% of the followers that engaged with olle_e regularly are from United States, followed by Brazil at 10.43% and France at 6.96%. In summary, the top 5 countries of olle_e's posts engager are coming from United States, Brazil, France, Sweden, Mexico.

GENDER OF ENGAGERS FOR OLLE_E

i promise i’m smiling behind that mask 🌈

i have a few more of these and i haven’t taken any new pictures since january so imma just go on posting them 🤷🏼‍♂️ also as of today there’s a total lockdown here again, just like the first 4-5 months of the pandemic, so i’m dreaming of escaping to nature and forgetting about humanity once and for all 🤦🏼‍♂️

it feels weird to post a picture with the brazilian flag 🇧🇷 because in recent years all the right-wing nut jobs have flagnapped it for their horrible politics. but i say let’s reclaim what is rightfully public domain, the flag is for everyone and especially when cute friends and lovely dogs are posing in front of them 🥰

thinking about this place ✨

it’s all about perspective

idk you guys, waterfalls might be my new thing?

tell me will I see you soon, meet you on the moon?

does anyone else feel like quarantine has made you not want to see people anymore? i feel less and less that i need any interaction with other people. i’ve gone almost silent on all of my social media, hardly even log on anymore. and meeting people face to face is so rare, and so uninteresting to me nowadays, that i’m a little scared it will be hard to get back to what once was. can anyone relate?

when in summer, i forget about the winter ❄️

it seems i only take pictures with her nowadays 😌 we’re road-tripping in minas gerais and this was taken yesterday in ouro preto. it feels great to be out of our neighborhood block in brasília longer than a day, for the first time in 7 months. finally some fresh air, new sights and sounds, and lots of nature 💚

can you believe we have a dog?! i can’t! i keep pinching myself, thinking i’ve imagined it all in a feverish pandemic hallucination (disclaimer: we’re healthy!). and a few happy tears have definitely been shed. this has been a dream of mine for so many years and it has finally come true! welcome to the family @kimchithebasenji 🐕🥰

#bonghive assemble! who else loves parasite? have you seen his previous films? most of them are amazing! if you need any other korean or japanese film recommendations, let me know. i’ve been into this shit for as long as i can remember 🤓

today is one of those days. i miss my friends in sweden, and i also miss this place a lot. @mineralmalmo was just around the corner from my apartment. it used to be my favorite place to go when i was happy, when i was tired, when i was sad, when i was excited about something, when i just wanted to be around people. and i was always welcome. sometimes i’d have an amazing full three course dinner, sometimes i’d just have a glass of natural wine (or two, or three). and when @luamorenalua asked me to take a couple of pictures of the restaurant last winter, how could i say no? here are a couple of them! ❤️

my balcony if i was living in havana

i fell in love with this photo before i even took it. does that ever happen to anyone else? 🤓

first time in my life that i see water like this. curaçao is so beautiful!

i just saw this piece for the first time this week, and i used to live in stockholm for 10 years and thought i'd seen all the metro art already. love finding new things still 🥰

some views in panama city are quite special 💙

looking at plants, doing what i do best

actually i have a tan

to exist is to survive unfair choices #SavetheOA 🐙

if you want, we could be runaways 🏃‍♂️

a year ago we went to my favorite wedding so far. beautiful bride @aiceaice (i miss you guys!), amazing guests, good food, fun party with dancing and singing (as you can see), skinny dipping at dawn and so much more 💚

i am not a person who usually does public displays of affection. part of that might come from being swedish, but let’s be honest, i’m sure a huge chunk of it is because i’m gay. being a part of the lgbtq+ community, we are told from the very beginning of our lives not to be who we are. it doesn’t matter if we’re out or not. it may be from our families, our friends, tv, books, movies, teachers in school, politicians. everything, anyone, anything. the world we grow up in is usually a heterosexual one. some of us are very lucky to grow up in countries or cities where being different is not a crime or is not as stigmatized and frowned upon as in other places. i am one of the luckier ones. i grew up in a loving family. i had great friends. i was never bullied. i didn’t have a problem in school, even though i was scared of coming out and i struggled a lot with telling people. you shouldn’t have to call it lucky, because being lgbtq+ shouldn’t be seen as different or strange or scary, but i was lucky. sometimes i still struggle, because coming out is not something that stops. we still come out, every day and everywhere we go. even though on some days it seems like the world is ending and even though there are still lots of countries where being lgbtq+ is a crime, i can see change. i see the younger generations embracing equality and human rights. a lot of teenagers no longer care what your sexual orientation is. people are more open in general and more often than not, i feel like we can be who we were always meant to be, free and open. all that being said, i’m still not a pda person. maybe i never will be. but sometimes you need to go outside of your comfort zone for the sake of love, and to show people that we exist, we’re everywhere and we’re not going anywhere. 🌈 #loveislove #pride #pridemonth2019

my husband and our insanely cute nephew, in a quick but lovely meeting in fort lauderdale, right after a great two-day conference with @menhavingbabies i got lots of messages about my stories from this weekend, so i decided to make my answers public in this post. 🥰 it's been an exhausting but informative and emotional weekend. i went into this surrogacy conference almost completely blind and came out quite well informed. to be honest, i've always been more interested in adoption, but the more i think about surrogacy, the more i like it and understand it. and the more we talk about having kids, the more we seem to realize that maybe surrogacy will fit our international careers/lives better. the only thing that really is working against us at the moment is the cost of it all. it's very expensive and unless you have the financial means, it's not easy to come up with that kind of money. obviously the cost is not the only thing we're discussing, but it is one of the main worries. adoption on the other hand, is completely free in brazil, but then we have to decide if we want to go back there (and if we're willing to live in a country with such a horrendous president/government), and what jobs we would look for, what city we'd live in, and so on and so forth. a lot of discussions and emotions. nonetheless, i know that whichever way we go, when the time comes to start a process, it's going to be the right decision for us. 🌈👨‍👨‍👧 #pride

my super cool little sister just got accepted to hyper island, which is a really great design school. so happy for her! i shot this pic of her in front of a turner painting at tate britain last year (we share a love for turner). anyways, congratulations sis! 🥰💪🏼🎉

very happy to see so many pride events going on in panama city! happy pride month from the gayest building i've seen in a while 🌈

started organizing and deleting old photos. found lots of great pictures that i've never posted, so here's one from almost a year ago in malta ✈️

back in the city, already dreaming of returning to this cute oasis

casco is such a cute neighborhood! prefer it in the daytime when you can see the pretty colors and doorways 🥰

you know that mood when you accidentally end up with the bridal bouquet and the fantastic wedding photographer captures it all 😇 thanks for the great pic @photosbyzoeweddings 💚 (PS. we are already married, this was at a family wedding in Scotland last weekend!)

nice to get some real swedish winter before we move to warmer climates... ❄️🔜🌴❓👀

find the guy with the selfie stick

four years married today, with my life partner @vinicius_ha 🌈 we rarely have pictures together, but here's the most recent one, from our favorite restaurant and with one of our favorite families 💚 time passes so quickly. i can't believe we've been married 4 years already! thank you for this time, so many adventures and trips and amazing people we've met along the way. here's to more of all that 🙏🏼

this summer i finally met one of my favorite insta couples, and just a few weeks before i met them they had gotten married too! so sweet, and the wedding pics are just amazing. congrats again guys, and hope to see you again soon 💚 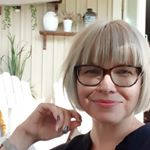 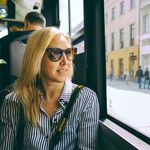 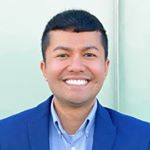 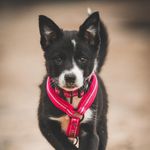 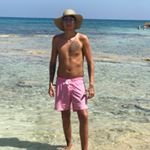 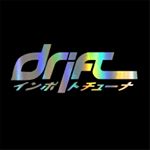 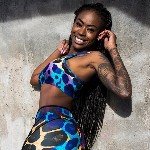 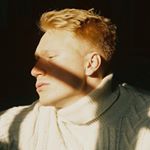 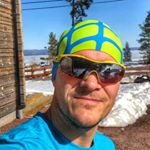 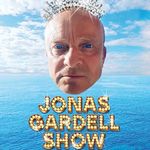 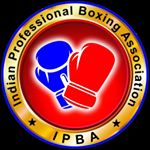 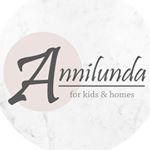 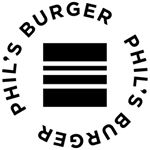 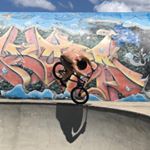