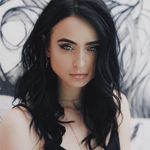 GENDER OF ENGAGERS FOR LLAMABARF

This guy.... IT’S HIS BIRTHDAY. My best friend, lover, confidant. My fearless challenger during a standoff. Father. Creative genius. Wordsmith. Comedian. Inspiration. Exactly the kinda person I used to dream of having in my corner. He does it all. Fills the empty spaces I thought of as impossible to fill. The ultimate ride or die duo. Every successful trip around the sun is just a reminder that we’ve continued to grow separately, yet grown stronger by supporting one another in the process. HAPPY BIRTHDAY HOT STUFF. You deserve the world. ❤️🖤 @oneuglybastard #BigHead #rideordie

These guys put on such an AMAZING fuckin’ show! I’m still thinking about it hours later. Thanks so much for including my art pieces in such a good cause. Good luck to all the bidders! All proceeds raised go to the @childabusepreventioncenter HUGE thanks to everyone who came out and supported.

A selfie + Take it easy. 💁🏻‍♀️ I often wonder if we’ve all forgotten the important things or if we’ve all just truly gone mad over the small things, collecting them like jewels. Falsifying them as big things. If you took most of the destructive ideals in America right now to an appraiser, they’d tell you that you had a cubic zirconia on your hands that your ancestors passed down from generation to generation claiming to be a diamond, ultimately rendering it worthless. What’s it fuckin’ matter in the end? Acknowledge the unknown, and let go of the passed down ignorance. We’re all the same emotionally, no matter where we came from culturally. No matter what language we speak. We all long for the same things. Shame on you if you think you deserve more than another because of where you just so happened to be born. Shame on me for my opinion... I don’t mind. Shame me... . . The ability to see all sides holds its own hostages. It’s as if a gun is held to ones head, not knowing whether it’s loaded or not. This particular situation makes the comedy bit you had prepared harder to deliver to the enemy. I guess we take our chances in these moments because if the determination of death is anger vs. a sense of humor, you’re better off dying when laughter has lost the fight. I for one don’t want to live in a world where awful feelings, and bad decisions can’t be won over by a bad joke or two. Take It Eassssy.

Photo by @saraleesaleh📸 . . . I am 100% my fathers daughter so I’m simply regurgitating. But while talking to my dad recently, I found myself having a hard time expressing to him that he comes before anybody else if he expects to move forward. He’s number one at putting himself last. His stubbornness got in the way of our conversation, as usual. So the analogy of a plane going down became the most relatable scenario I could come up with. When that oxygen mask drops, what’s the most crucial thing you must do? You have to put your mask on first or you’ll become unconscious before you can help anybody else. It’s the same with every single thing in life. You have to take care of yourself first or you’ll run out of air before you have anything left to give.

I find myself sweeping trash away from the sidewalk just as often as I find myself littering amongst it. I guess it’s all about counterbalance. To a certain extent, we can balance the weight of one bad habit against the weight of a good one. Keeping the scales happy, if you will. 🤷🏻‍♀️🕺🏻 ⚖️ #the

Groundhog Day. @oneuglybastard 📸 . . . . . I have manic episodes once a month... sometimes every other month if I’m lucky. They last for a week or two. I always know it’s begun when I wake up and feel on top of the world while everything around me is simultaneously crumbling. Nothing can bring me down during these times because I switch to autopilot until I eventually short circuit. Meaning I just kinda smack against whatever wall is nearest, then normalize. Rinse and repeat. It’s a cycle I’ve grown accustomed to. But I’ve recently started finding little joys in the episodes because they feel like my most sane moments. It’s gotten to a point where I wonder if I’m mentally ill or if the rest of the world is just clueless, and so out of touch that settling has become so acceptable that reaching for more feels something along the lines of shameful. The manic mind doesn’t understand the word no, so anything displeasing can be altered but the time frame is short. It’ll reset itself. It’s like running a marathon you never trained for. Every time that gunshot initiates the run, I go full steam ahead. The finish line isn’t the goal. When I don’t quite make it to the finish line, it’s not ‘pick up where you left off.’ It’s “how far can you go before you collapse?”... Groundhog Day. 🤷🏻‍♀️

Dante and I took the “I drive for Lyft” approach with this one. 📸 @oneuglybastard #Legolas

The absolutely no makeup bathroom selfie because @isarwarren_ did such a good job with cutting my long ass hair off. 🥰 LOVE YOU ISA! CH-CH-CHANGES 💇🏻‍♀️ #CutTheStressTFOff #WearingAnudeTank #notnakey

@themanuc 📸 . . I find humor in the accidental way we go about our days stitching together misconstrued versions of everything and everyone we cross with the mirror we keep tucked in our pockets as we search for ourselves. Relying on our consciousness while questioning it every step of the way is nothing if not spectacularly hilarious, and oddly limiting.

I was told at a young age that I had a little voice, and that I needed to speak up. It wasn’t until I got older and heard that exact same sentiment from someone I didn’t respect that it clicked. I had a voice worth listening to because someone told me otherwise at just the right moment. And just like that, I knew that I deserved more than criticism. 📸: @elfdotaqua @eatsnacksrelax #HardHeaded 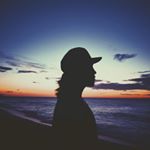 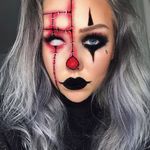 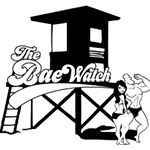 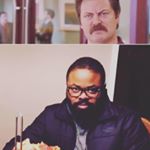 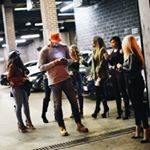 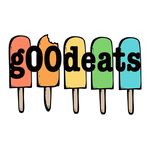 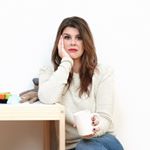 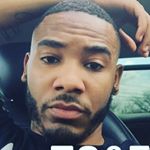 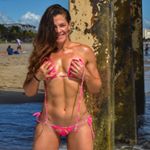 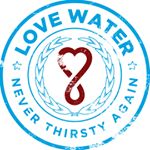 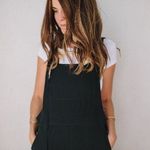 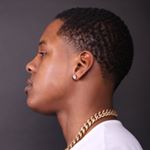 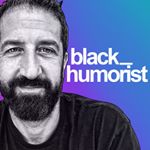