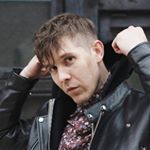 GENDER OF ENGAGERS FOR HEARTBKLYN

my dad is my best friend. in late 2015 my dad started experiencing swelling in his lymph nodes and a round of antibiotics didn’t seem to help. by spring 2016, as he was training for the @runrocknroll marathon, he received the diagnosis: stage 4 mantle cell lymphoma, a rare type of non-hodgkin’s lymphoma. after getting accepted to @mdandersoncancercenter he asked if he could delay chemotherapy until after he ran the half marathon. the man doesn’t quit. when i found out he was sick, my life was turned upside down. i’m so grateful for everyone who was there for me and my family and the incredible doctors at md anderson, you saved my dad’s life, and he’s been making the most of it. 1. my dad and i as we begin our backpacking trip on #fourpassloop in front of maroon lake. 2. the top of our first (and only) pass right after i dropped my @zeisscameralenses #batis lens about 500ft down the side of the mountain. i tested the lens on my dad to make sure it still worked—miraculously it did. that’s why you buy good lenses! 3. the struggle is real. going from 72’ to over 14,000’ above sea level is hard as hell, especially when you’re carrying 40 pounds on your back. 4. we made a marmot friend. 5. our last night of camp we hoped to finally catch a glimpse of the milky way like we did back in 2009 at crested butte. i’ve never seen a night so beautiful, but we’ve been plagued with clouds nearly every damn trip since then. we hardly saw any stars this night as well, but it’s hard to complain when your days look like this.

we managed to have crater lake all to ourselves for a brief moment before a few other hikers came through. there is so much going on in the world and i’m incredibly lucky to have the opportunities i’ve had to spend in nature and be with my dad and my family throughout the years. when you’re out in a place like this, what’s going on in the world day-to-day seems to drift away, and being able to have experiences like this are a great privilege. the things we do affect our world, in nature and in society. climate change creates not only greater environmental challenges, but also pushes social inequality further as a result. @planetmoney recently did an episode on plastic recycling that was incredibly eye opening to how big businesses shape our country’s perceptions and policies through advertising and political lobbying. we must be more aware about the spoon fed shit we’ve been getting and how rampant deception is around us. i didn’t really intend to ramble so much or go off on multiple tangents, but i’m mad as hell and i can’t take it anymore. #npr #network #colorado #mountainlake

this was day one of the four pass loop with my dad. after you‘ve passed crater lake and the last of the campgrounds that surround it, just go up a bit and you’ll turn around and see this view. #fourpassloop #aspencolorado #mountains

the geology completely changes once you cross the texas state line into new mexico. the southwestern plains are peppered with extinct volcanic features and a surreal landscape that’s remained mostly unchanged for millennia. it’s one of my dad’s and my favorite things about making the drive. #newmexico #capulinvolcano #homestead

never delay kissing a pretty girl or opening a bottle of whiskey. #hemingway

somewhere in texas. a few weeks ago my dad @rnrtobeatcancer and i went on a little road trip to colorado. making these long drives out west has been a special part of my life since i went to #philmontscoutranch in new mexico. there’s just something about how the world opens up when you get past dallas and you race the sunset across this endless openness. this is where the west begins.

7 years ago I quit my job and moved to New York for the chance to work with a couple of artists who ended up bailing on me as soon as I got here. Luckily @instagramlessmacy and @legitclaymills didn’t mind me staying on the couch for awhile (I love you guys, and also mazel tov Macy!) When I came back to Louisiana after a month in NYC, I never felt more defeated and small. A few months after that experience, I had a plan and came back and its been a wild ride—from completely starting my career over as an intern at @fastcompany—to completely starting over again as a bike messenger and silk sheet salesman. Things have been terrible and things have been incredible—New York moments happen as you live and breathe. While past few months have been turbulent to say the least, for @baileyghjkl, @420ratking, and me, it meant leaving our home together and starting over again. I know I am incredibly lucky to work for a company like @ibm and have continued to work remotely since the beginning of March. My days have been filled in the wonderful town of Rhinebeck, a few hours north of The City, with the very babely and equally wonderful @oliviapeluso and her (and my adopted) dog son, Finn. However, the last 2 weeks I’ve been in Louisiana to spend some time with my family while I can still stay out of the office. In 7 years, this is longest I’ve been home, though I’m actually writing this as I’m riding in the car with my dad to Colorado. I haven’t always felt this way, but I’m starting to see that Louisiana is a very special place. It’s weird as hell and totally ass-backwards in some ways, and things are complicated like in most relationships, but I feel invigorated being here again. I took a little trip to Arkansas last weekend and stuck my camera out the window to take pictures as I passed things by that were interesting to me. I left the shots up to chance as I sped by, scaring the crap out of people when I reached my hand up abruptly to take photos. I found some interesting things along the way, and I’ll be taking photos as my dad and I make it out West again, but I thought this would be a great image to start out with as I ease back into this social media thing.

I don’t know how it started or why, but I’ve loved motorcycles for as long as I can remember. I bought my first bike, a 1977 BMW R100RS in 2011, a month after I moved out of my parents’ house. They always said they’d never let me buy a bike as long as I lived there and I didn’t waste any time. After a few years of heavy miles, that bike starting to run into a few problems and by the time I moved to New York in 2013 it was a miracle to even get it started, but I moved it here with me when I brought everything else up with me from Louisiana. With the bike up here I imagined being part of a community of vintage bike owners and working in a garage somewhere in Brooklyn, but it never happened. When the police started cracking down on motorcycles in 2016, I was working several retail jobs and barely covering rent, let alone afford a garage or have the money to pay someone to work on my bike. After being towed twice in a week (no registration, no inspection sticker) I asked my girlfriend at the time if I could keep it at her mom’s place. It was there over for a year and with my career still in the same place, I just had to sell it. I hated getting rid of that bike, but I knew that someday when things took a turn for the better I would get one again. That day came on September 29th, 2018. I wasn’t planning on getting another BMW, but when I saw this bike, the RnineT Urban GS, I knew it was the one. It was funky, cool, and no one had anything else like it. Every time I saw it, I just felt so lucky—I couldn’t believe this was mine. It could be pouring down raining and underneath my helmet there was still a smile ear to ear. That all changed last week. I walked outside after arguing with my girlfriend about how we were running late to go upstate and I didn’t see my bike where I thought I had parked it. I walked around a little more—totally silent as the gears in my mind turned. Someone had stolen my motorcycle. You never think it will happen to you—you can lock it, you can keep it in a garage most of the time, but everything can change in just a few seconds. The police don’t seem too keen on my bike ever turning up, but I hope they’re wrong. 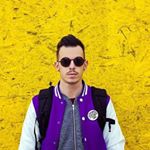 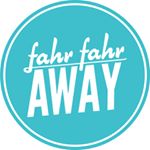 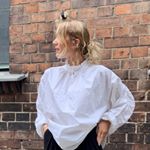 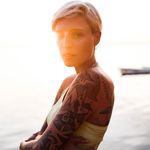 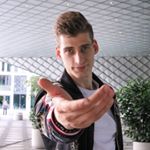 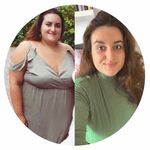 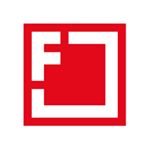 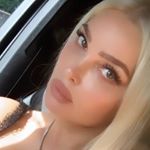 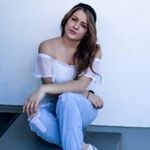 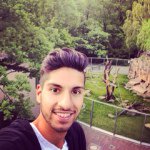 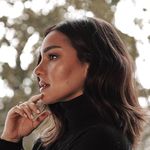 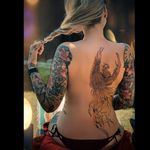 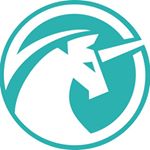 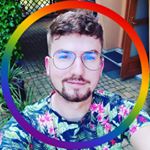 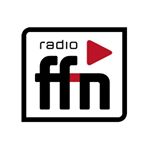