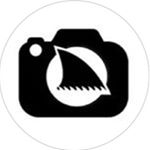 GENDER OF ENGAGERS FOR AUTOSHARKS

Lamborghini Huracan Evo Spyder by @24kbull • The Huracan EVO is packed with evolutionary technologies that represent the next step in Lamborghini’s history of V10 models, and the EVO Spyder utilizes those same technologies. The Huracan EVO and EVO Spyder are powered by a 5.2L naturally-aspirated V10 engine capable of generating 640 horsepower alongside 442.5 pound-feet of torque. That enables the EVO Spyder to hit 62 miles per hour in just 3.1 seconds before moving onto 124 mph in 9.3 seconds. The EVO Spyder has a top speed of 202 mph. • Let’s give @24Kbull a warm welcome to the Instagram community! • Follow our partner: @timracingblog

Apollo IE ‼️🔥 • The Apollo Intensa Emozione (IE) is a mid-engine sports car manufactured by German automobile manufacturer Apollo Automobil GmbH, and designed by their Chief Designer, Joe Wong. The car is sometimes referred to as the IE, which stands for Intensa Emozione. The name itself means 'intense emotion' in Italian. • Follow our partner: @timracingblog

Ferrari 812 GTS at Ferrari NY’s new Tailor Made showroom 🔥 • The 812 GTS is Ferrari’s latest V-12 spider. The car is based on the 812 Superfast, with which it shares its exterior and interior dimensions and its 6.5-liter, 789-hp V-12 engine. The GTS features a power-folding hard-top and a rear end that was completely redesigned to accommodate the convertible top. Ferrari claims it is the most powerful production spider in the world. • Like in the 812 Superfast, the V-12 engine has an 8900-rpm rev limit, and makes its peak 789 hp at 8500 rpm. Torque hits its 530 lb-ft peak at 7000 rpm, with 80 percent of torque available at 3500 rpm. The seven-speed dual-clutch automatic transmission has been programmed for faster shifts, and now has shorter gear ratios to improve the 812's response to throttle inputs. Ferrari says the GTS will reach 62 mph in less than three seconds and 124 mph in 8.3 seconds. The car will have a top speed of 211 mph. • • Follow our partner: @timracingblog • • Text: @caranddriver

Enzo 🔥 • The Enzo Ferrari (also unofficially referred to as the Ferrari Enzo or the F60) (Type F140) is a 12 cylinder mid-engine sports car named after the company's founder, Enzo Ferrari. • It was developed in 2002 using Formula One technology, such as a carbon-fibre body, F1-style electrohydraulic shift transmission, and carbon fibre-reinforced silicon carbide (C/SiC) ceramic composite disc brakes. Also used are technologies not allowed in F1 such as active aerodynamics and traction control. The Enzo generates substantial amounts of downforce which is achieved by the front underbody flaps, the small adjustable rear spoiler and the rear diffuser working in conjunction, 3,363 N (756 lbf) is generated at 200 km/h (124 mph) 7,602 N (1,709 lbf) is attained at 299 km/h (186 mph) before decreasing to 5,738 N (1,290 lbf) at top speed. • Follow our partner: @timracingblog • 📸: @kenmsaito

The New York City Taxi and Limousine Commission (TLC) officially approved the first electric car to be used as an NYC Yellow Taxi: the Tesla Model 3. • Although the TLC has piloted the use of battery-electric vehicles and hybrids in the past, the Model 3 makes history as the first-ever fully electric car under the commission’s watch to be worthy of wearing the coveted yellow cab paint and medallion. • The truth is that electric taxis aren't anything new. In fact, the first self-propelled cabs in New York City during the 1890s were electric and remained that way until gas-powered competitors became more feasible. However, as regulation strengthened and the TLC became the governing body over cabbies in New York City, requirements eventually created a list of cars eligible for hack-up certification—a list which, according to a spokesperson from the TLC, did not include EVs until last week. • As for NYC taxi drivers, a spokesperson for the TLC said that no individuals have yet registered their Teslas with the regulatory body, though that could change any day now that the Model 3 is an approved vehicle. • Another consideration for drivers will be charging infrastructure. While electric cars offer far better efficiency while in traffic or idling, they still suffer from the inevitable need to recharge. Fortunately, the average NYC taxicab driver only travels about 192 miles per day, making the battery in even the lowest trim Model 3 (Standard Range Plus) sustainable for a day's work. However, that may not be enough for shared cabs, or drivers who tend to work more than others. • Follow our partner: @timracingblog • Text: @thedrive • 📸: @automobilemag

Aventador SVJ 🔥 • The Aventador SVJ is a V12 engine, and it’s still naturally aspirated, which is exactly what you’d expect from any Aventador model. The Aventador SVJ has a European horsepower rating of 770, which translates to 759 in American horsepower. In the torque department, the engine outputs 720 newton-meters or 531 pound-feet of torque. With a weight of just 1,525 kilograms or 3,362 pounds, you end up with a power to weight ratio of 1 horsepower for every 4.4 pounds. • This car can manage 0-62 mph (0-100 km/h) in just 2.8 seconds. Even with its advanced aerodynamics, it manages this feat of acceleration 0.1 seconds faster than the Aventador S. It can also accelerate from 0-124 mph (0-200 km/h) in 8.6 seconds or 0.2 seconds faster than the Aventador S. • Follow our partner: @timracingblog • 📸: @zachbrehl

Bugatti EB 110 🐛 • Development of the EB 110 started in 1988 and the design work was contracted to famed Italian automotive designer Marcello Gandini. Initial prototypes based on Gandini's design began testing in 1989 but the President of the company was not impressed by Gandini's angular and radical design language incorporating a shovel nose and flared rear wheel arches. When Gandini refused to redesign the car, Giampaolo Benedini was tasked to redesign the car. Thus the design language of the car was softened, the front of the car was reworked and a network of cooling ducts on the bonnet was replaced with ducts in the front bumper and near the two large fixed headlamps which replaced the pop-up head lamps while the basic elements of Gandini's design such as the scissor forest and the large windshield and side windows were retained. • The car had many innovative technologies which were scarcely used by the automotive industry at the time of its introduction such as a carbon fibre monocoque chassis, active aerodynamics and an all-wheel-drive system for better handling. The design elements of the car paid homage to the distinctive Bugatti automobiles of the past. The name EB 110 is an abbreviation for the company's founder, Ettore Bugatti and his 110 birthday. • The Bugatti EB 110 GT was unveiled on September 15, 1991, at both Versailles and in front of the Grande Arche de la Défense, near Paris, exactly 110 years after Ettore Bugatti's birth. • Follow our partner: @timracingblog • 📸: @kevinvanc

Ferrari 330 P4 • With styling very similar to that of the 330 P3, this model was powered by a V12 engine that had been radically redesigned by Franco Rocchi. The most obvious modification was the introduction of a three-valve cylinder head – two inlet and one exhaust. Fuel feed was provided by a Lucas injection system. The chassis was slightly shorter than the 330 P3’s, and the new suspension system improved roadholding. The car won numerous races and earned its place in the history books after a memorable 1-2-3 at Daytona. • Follow our partner: @timracingblog • 📸: @amyshorephotography 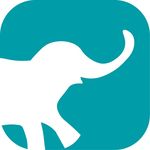 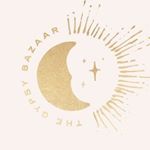 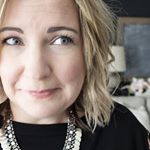 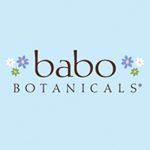 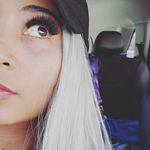 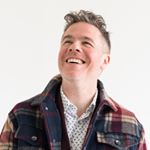 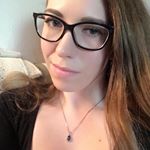 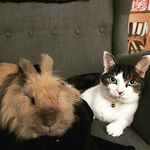 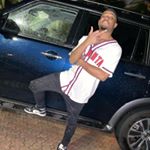 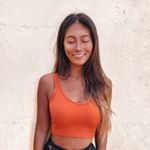 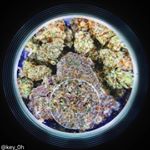 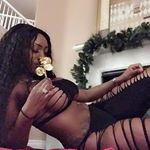