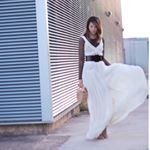 GENDER OF ENGAGERS FOR BLACKIVORY

I know.. I know.. I still can’t get enough of pink! Do you love pink as much as me? 🎀⁣ ⁣ This location is the only place with pink tiled wall in Singapore and it’s so cute! Originally, my partner in crime tried to asked a certain influencer where is this place, but she refuse to say ☹️⁣ ⁣ And we tried asking another influencer and she is kind enough to share the name of the place. Although not exact location but it’s good enough to help us narrow down our search. ⁣ ⁣ I guess not everyone practice this mantra, sharing is caring? 🤷🏻‍♀️⁣ ⁣ What are you views on sharing Instagramable locations? ⁣ ⁣ #whatdoyoulove #whatyoulove #pinktrotters #sgfashionistas #sgfashion #exploresg 📸 by @yuniqueyuni

I came to realised past recent years that friends may walk away from your life for their own personal reasons. And I may also want to walk away from certain people because they are no longer on the same path as me. Has this ever happen to you? ⁣ ⁣ I’ve learnt that we grow, we change, we moved on. I always tell myself that the only constant in life is change. We never know what happens next. ⁣ ⁣ Today, I think a friend has decided to part ways with me. But on the bright side, old friends leave to make way for new friends to enter my life. ⁣ ⁣ I’ve made so many new friends such as you on this IG platform and I couldn’t be more grateful. Thanks for the constant support, all of you. #friendshipquotes #mylifenow #whatyoulove #gratefullness #pinktrotters

Most people flock to Tokyo for cherry blossom but do you know that The Expo ‘70 Commemorative Park in Osaka has around 5000 cherry blossom trees? The park spanning from the woods area to mountain foothills allowing visitors to experience the atmosphere of birds singing amongst the fragrance of flowers, with several waterfalls, water mills and flowing water. ⁣ ⁣ This 260-hectare Park is less crowded and perfect for photos during the Sakura season. Osaka can be reached by JR rail and from Nara and Kyoto is only a short ride away which you can purchase the JR West Rail pass to travel in the west of Japan with unlimited rides. You save with the rail pass while travelling in the west region and just one pass can get it everywhere. ⁣ ⁣ Japan is a country that is worth exploring, and not only about visiting Tokyo, and I highly recommend getting a JR west rail pass for the convenience and the great value. ⁣ ⁣ #expo70commemorativepark #JRWest #jrwestjapan #JRWestRailPass #visitjapan #traveljapan #Japantravel #sp #partipost #osaka #kyoto #nara

If you love pink as much as me, pop by the Pandora Pink Pop Up at Raffles City to snap ⁣ some pretty pictures in the pink booth just in front of cityhall mrt entrance. ⁣ ⁣ And you may stand a chance to win $500 Pandora shopping vouchers when you tag #whatdoyoulove in your IG post. ⁣ ⁣ Hurrry! Only till 2 Oct. ⁣ ⁣ #ShotforPandora #pandorasg #pandorasingapore #jewellery #igsg #sgig #sgfaves #sp

I have been using my expensive face whitening products for my hands as I get freckles or sunspots sometimes from being too much in the sun, which is not very cost efficient. ⁣ ⁣ I’m so happy to discover @lolessoapsg Shea butter kojic acid soap which can help with whitening, brightening of the skin, lighten age spots and freckles. I was so excited that it works and I’m going to shoe you in the video how amazing it is that this soap can produce immediate effect.⁣ ⁣ Lole’s kojic acid soap is also recommended on the Chinese variety show 女人我最大. Any products recommended on this show is very trustworthy! ⁣ ⁣ Kojic acid is a by- product in the fermentation process of malting rice so it’s a 100% natural ingredient. I love it that Lole’s uses organic African Shea Butter. Lole’s Shea butter kojic acid soap is safe enough to use on entire body and face. The price is very affordable for such natural and effective product. Visit riwhomespa.com to buy one to try today! You won’t regret it! ⁣ ⁣ #partipost #sp #kojicacid #allnatural #sheabutter #soapbar #lolessoapsg #riwhomespa

Redhill MRT gets my vote for being the prettiest MRT station in Singapore. ⁣ ⁣ Have you ever wondered why we call this area Redhill? Actually Singapore has many folk legends but these were all hidden in our national library archives, not told at all. ⁣ ⁣ So, Long time ago, coast of Singapore was infested with ferocious swordfish which would Attack anyone near the shore. This cause a lot of problems for the fisherman. ⁣ ⁣ One day, a little boy proposed a plan to the Sultan (the then governor) which was to build a wall made of banana tree trunks along the coast. The swordfish beaks would pierce the banana tree trunks and be embedded in them when they attack.⁣ ⁣ The army wasted no time and immediately built the wall of banana tree trunks. Indeed, as the boy had predicted, the swordfish leapt out of the water, only to be stuck in the tree trunks.⁣ ⁣ At once, the royal army took advantage of their predicament and slayed all the swordfish. Once again, peace and security had been restored.⁣ ⁣ This boy became a hero and was so popular that the Sultan got jealous. The sultan sent his army to the boy’s house which is on top of a hill and killed him. ⁣ ⁣ The boy’s blood gushed out and flowed profusely, down the hill. Within moments, the entire hill was bathed in red.⁣ ⁣ From then on, the entire hill and its vicinity has been known as Red Hill (or Bukit Merah in Malay) due to its red soil, and in memory of the tragic boy hero. #redhill #singaporetoday #exploresg #visitsingapore #trainstations #wesanderson

I am blessed to be living in country with 4 different religions. Visiting beautiful temples are not difficult in Singapore. This is a small section of the famous Thian Hock Keng which is literally translated to "Palace of Heavenly Happiness", it is also known as the Tianfu Temple, is a temple built for the worship of Mazu, a Chinese sea goddess. ⁣ ⁣ This temple is one the oldest and most important temple of the Hokkien (Hoklo) people in Singapore and we happen to spot this pink wall, so, why not? #temples #visitsingapore #exploresingapore #discoversingapore

This is the last of my series of Bougainville photos on Telok Blangah hill. I’m so happy to provide inspirations for photos since I’ve first posted, of this less well known park in a Singapore. A big pat to those who made it there after being inspired. ⁣ ⁣ The #bougainvillea flower bloom season is coming to an end now. Anyone who has not been there will have to try their luck next year in March. But I must warn you that this park is very hot in the day. The preferred timing is either early morning or late afternoon. ⁣ ⁣ There will be people exercising there, climbing up and down the stairs, so we need to wait for them to go before we can take this shot. When we left the park, we were all drenched in sweat but with a happy smile. ⁣ #visitsingapore #exploresg #discoversingapore #singaporeflowers

Hopping in one of the public housing estate in Singapore. Let’s share a history. ⁣ ⁣ In 1959, Singapore’s People's Action Party (PAP) recognised that housing required urgent attention and pledged that it would provide low-cost housing for the poor if it was selected to run the country. When it won the elections, it took immediate action to solve the housing shortage, thus, Housing Development Board (HDB) was form in February 1960, to develop public housing and improve the quality of living environment for its residents. Led by Lim Kim San, its first priority during formation was to build as many low-cost housing units as possible, and the Five-Year Building Programme(from 1960 to 1965) was introduced. The housing that was initially built was mostly meant for rental by the low income group.⁣ ⁣ In 1964, the Home Ownership Scheme was also introduced to help citizens to buy instead of renting their flats. Four years later, the government decided to allow people to use their Central Provident Fund savings as downpayment. However, these efforts were not successful enough then in convincing the people living in the squatter settlements to move into these flats.⁣ ⁣ It was after 25 May 1961, the day of the Bukit Ho Swee fire, that HDB's efficiency and earnestness won the people over. And the people started to move from the village squatters to our now concrete jungle. #visitsingapore #exploresingapore #discoversg #exploresg #hdb

This is one of the prettiest spot in Singapore for any type of photo. Be it an #ootd or a #travelphoto. ⁣ ⁣ The row of #peranakan pastel coloured shophouses makes a wonderful backdrop to any photo. ⁣ ⁣ A little background of the place. This road is call Koon seng road as it’s named after Mr Cheong Koon Seng (1880 – 1934) who was one of the first thirteen students at the Anglo-Chinese School. He was a Justice of Peace, Municipal Commissioner, Auctioneer and Estate Agent. Koon Seng Road was originally named Lorong East Coast and was only renamed in 1934.⁣ ⁣ In the 1950s, this was an unpleasant place to stay as gangs congregated in this area. These gangs upheld a certain code of conduct and was originally a Pernankan enclave (explaining the architecture) but by 1970, the peranakans moved out of the area. Most of the buildings were built in 1920 and were conserved in 1991. Now, this place has become a beautiful peaceful residential area. Owning a shophouse here is definitely not cheap.

It’s been almost a week since we last saw the sun shine brightly like this photo which was taken last month. Doesn’t this place reminds you of mars? Recently Singapore has been blanketed by the haze as forest fire burns in quite a number of spots in Indonesia. Swipe to see my video of how bad it is. I’ve just took this video an hour ago and you can see the visibility is very low. Our air pollution index has hit the unhealthy range these few days and the visibility has reduced thus I’m not feeling too well from all these pollution and sorry I’ve been missing for a while. Meanwhile, everyone in Singapore, do stay to stay indoors!

How’s everyone Lantern Festival tonight? I seldom talk about personal things but today I will like to share a little peak into my private life. ⁣ ⁣ Today is a special day for me as I felt so happy that I helped a friend to find back herself. It’s also a fresh start for me from today onwards as I was told to no longer use my current Chinese name and change to another name. ⁣ ⁣ As a Chinese, we believe in the energy and luck of a name. We believe a name can change our fortune and life. Hence today I want to mark the new change of my life with my changed name.⁣ ⁣ And just like the poker cards in my photo where the hearts card represents the season of spring and fresh starts while the spade card is the symbol of the winter season. It is considered as an epitome of “old age” when people learn wisdom, acceptance, transformation etc. Where I have learn to accept my past and now able to go forward in a new direction. ⁣ ⁣ Have anyone of you changed your name before and felt your life and fortune changed too? (PS: this photo is taken in Vivo city and their lantern display on their rooftop is really worth a visit. The display will end sept 23) 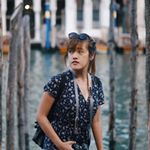 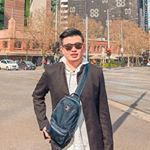 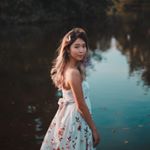 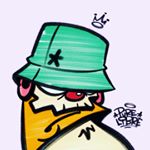 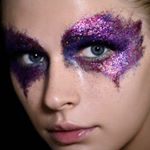 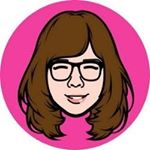 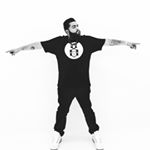 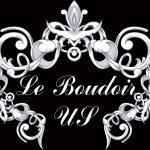 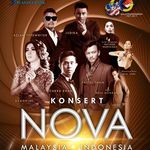 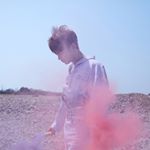 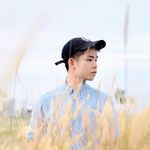 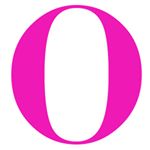 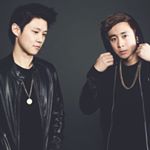 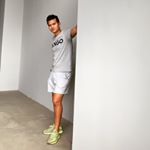 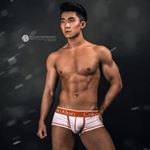