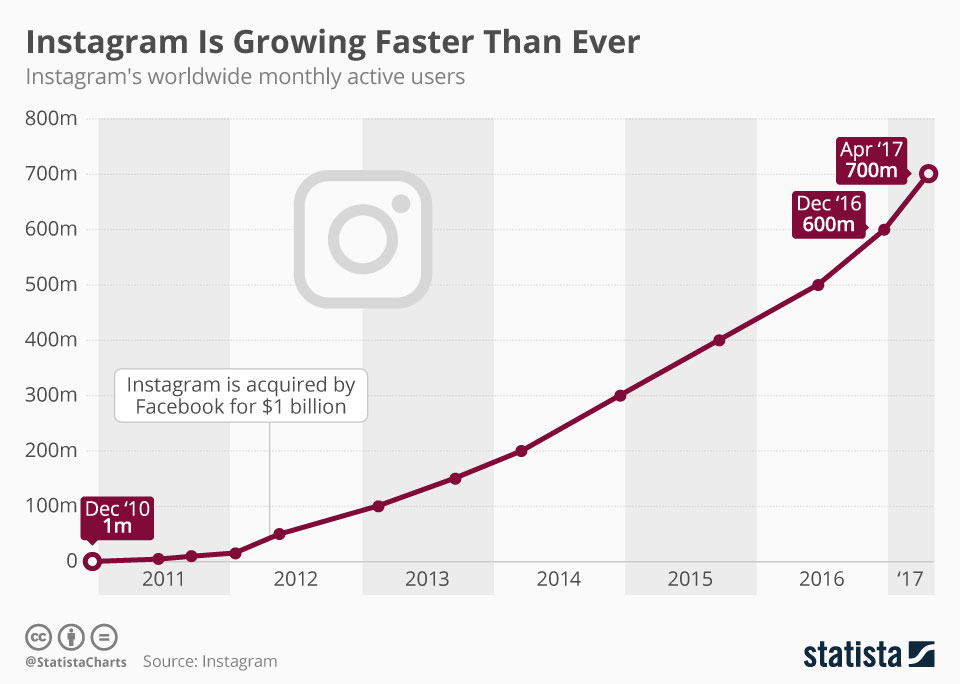 Instagram for Android launched in 2012 saw a whopping 1 million downloads in its first day. It later skyrocketed to 5 million Android downloads in the first 6 days.

When Instagram first introduced video in June 2013, more than 5 million were shared in the first 24 hours.

Average unique monthly visitors to the Instagram app in the U.S. in December 2016 90.13m

Average number of monthly image posts by brands to Instagram in June 2017 is 23.5

Average number of monthly video posts by brands to Instagram in June 2017 is 4.5

In a study of 55 brands, the brands posted an average of 1.5 times per day.

The best times to post on Instagram are Mondays and Thursdays at any time except between 3:00–4:00 p.m. in your target audience's time zone.

The most common posting frequency for brands on Instagram is 11–20 times per month, with almost one-third of companies measured falling into that bucket.

In a study of several thousand brand posts, the average engagement rate is 4.3% and the median is 3.5%. That means that the average post in this sample saw 4.3 activities (a Like or a comment) per 100 followers. Phrased another way, to get 100 Likes and comments on a post, a brand would need approximately 2,325 followers